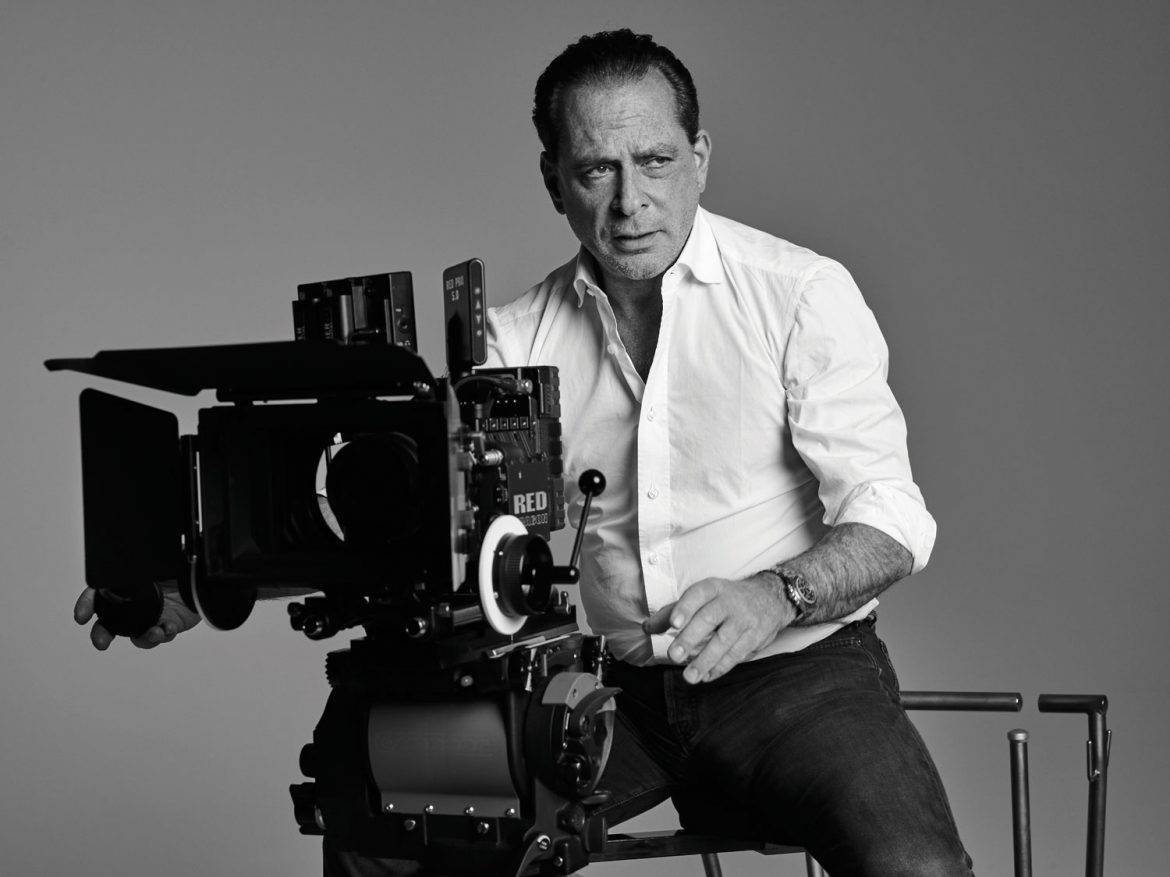 Federico Pignatelli transformed a pier on the Hudson River into Pier59 Studios, one of New York’s most important fashion spaces. The Daily caught up with the maverick to learn how he made it happen, why model’s rights are so important to him, and why VR is the future of fashion advertising.

Let’s go back to the beginning. How did you discover the space on the Hudson that would become Pier59 Studios
The building was a huge investment in the Meatpacking District and West Chelsea, an area of Manhattan that was way different than it is now. It was really an abandoned part of the city that smelled like meat from dead animals. That’s why I had the opportunity to get that huge space, and that neighborhood would [eventually] flourish to become the most fashionable area of Manhattan. I knew that it was going to be an area of great development because of the type of buildings [going up] and the proximity to the West Side Highway. [When] I bought my place in Soho in the late ’80s, it was not really the place that it became later. I took a similar bet [with Pier59 Studios], and took that huge, abandoned space where they used to keep salt in the building for the snow.

What was the studio situation in New York City like at that time?
Back then, the landscape was essentially a multitude of spaces transformed into studios — mostly garages or parking lots. There were also photo shoots happening in lofts. Basically, there was nothing in Manhattan that was professionally designed as a photo studio. The fashion advertising industry was growing dramatically, and I saw a future in it. Pier 59 was just a shell, essentially: a large empty space, wide and tall. Pier59 Studios was conceived entirely for photo shoots: large spaces, large studios, high ceilings, large cycloramas, and very high electrical power. 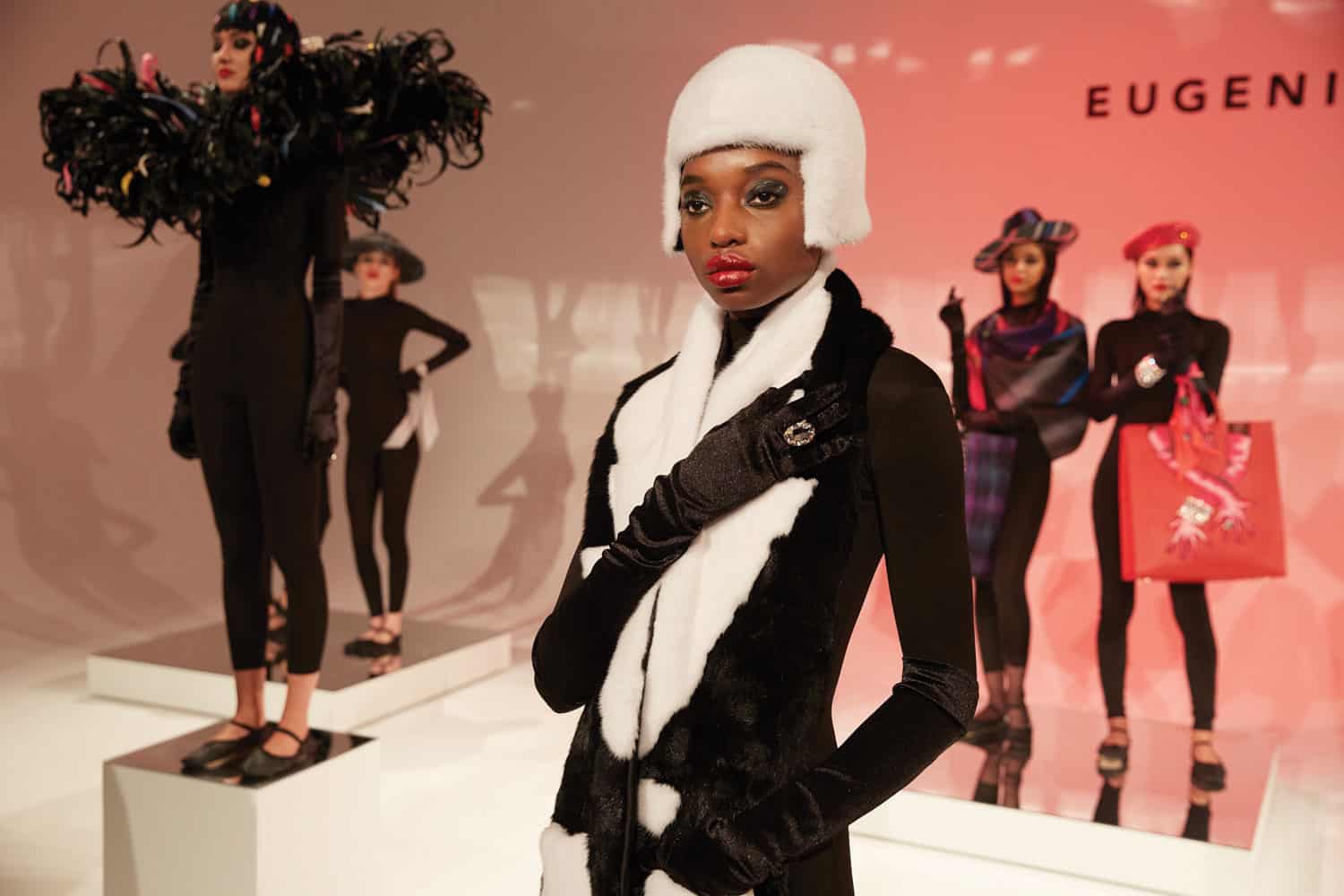 What other ways is Pier59 Studios unique?
It was the first to provide everything — both space and equipment. The efficiency of working at Pier 59 Studios is dramatically increased, because there is no wait time. Another thing that we did was extend the shooting days to seven days a week instead of five. All the studios were operating Monday to Friday, like a normal business. If a client needed to shoot on the weekends, then they would open the doors and charge fees that were 50 to 100 percent higher than normal days. Instead I launched a concept that the studio has to be open seven days a week for clients, and all at the same rate. I also launched an in-house restaurant.

What’s your growth strategy for 2019 and beyond?
I definitely want to elevate the level of augmented reality [AR] and virtual reality [VR] technology, which will have an incredible impact in the advertising world in the next few years. I would say it is a revolution that is as important as the Internet revolution of the late ’90s and early 2000s. AR and VR, along with artificial intelligence [AI], will radically change this business and elevate technology in the production of advertising campaigns. I launched the VR Accelerator division to absorb all these new technologies, [and] help clients understand this transition, and help them adopt these technologies. They will be fundamental to the success of their advertising campaigns. 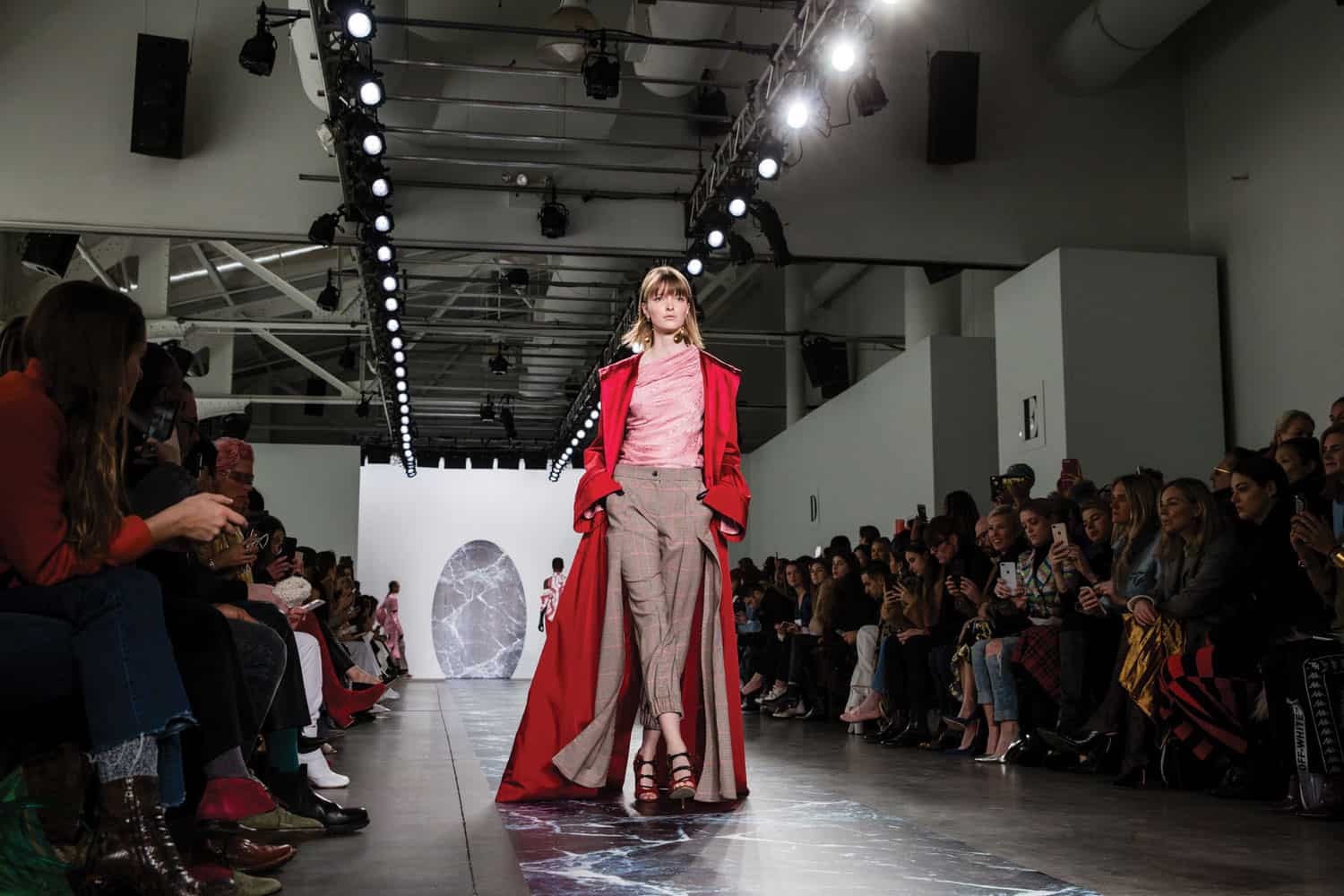 What excites you personally about AR and VR?
It is a dimension that is new! I’ll give an example: With this technology, we can have a virtual mirror where the customers can see what a garment will look like on them, without actually undressing. The concept of a traditional store is going to change dramatically. There is a huge amount of money invested in retail on stores and spaces. VR is going to change the landscape, so clients will be able to save a lot of money. Instead of having thousands of shops worldwide, certain brands will only have flagship stores. Through a combination of AR and VR, people all over the world can navigate these flagships, and feel as if they’re touching the items they’re looking at. It will even feel like you’re wearing it. As Amazon has changed the landscape of retail, AR, VR, AI, and machine programing will revolutionize the advertising business. We want to be on the forefront of this new phenomenon.

How is your business structured?
Art & Fashion Group is my holding company, which is 100 percent owned by me, and it owns 100 percent of Pier59 Studios, Industry Models, and the Industry Artists MGMT, which reps photographers, stylists, hairstylists and makeup artists, and more. Increasingly, we are becoming a production house where clients can find all they need, from the space to the talent. The clientele has consolidated in large groups. Look at LVMH, for instance — they are buying out a lot of brands. Same thing for Condé Nast — they own hundreds of publications. We’re talking about large corporations that desire to deal with one entity instead of dealing with 10 or 20 for a production.

Last year, you launched the Model’s Bill of Rights — why did you create this manifesto?
[The modeling industry] has grown dramatically, but it is entirely unregulated. Models are being taken advantage of in many ways, because they are young dreamers. Foreign models aren’t always attuned to the legalities of work permits. These young people are attracted by the glamour of this business, and they sign contracts with the modeling agencies without even knowing and understanding what they’re signing. 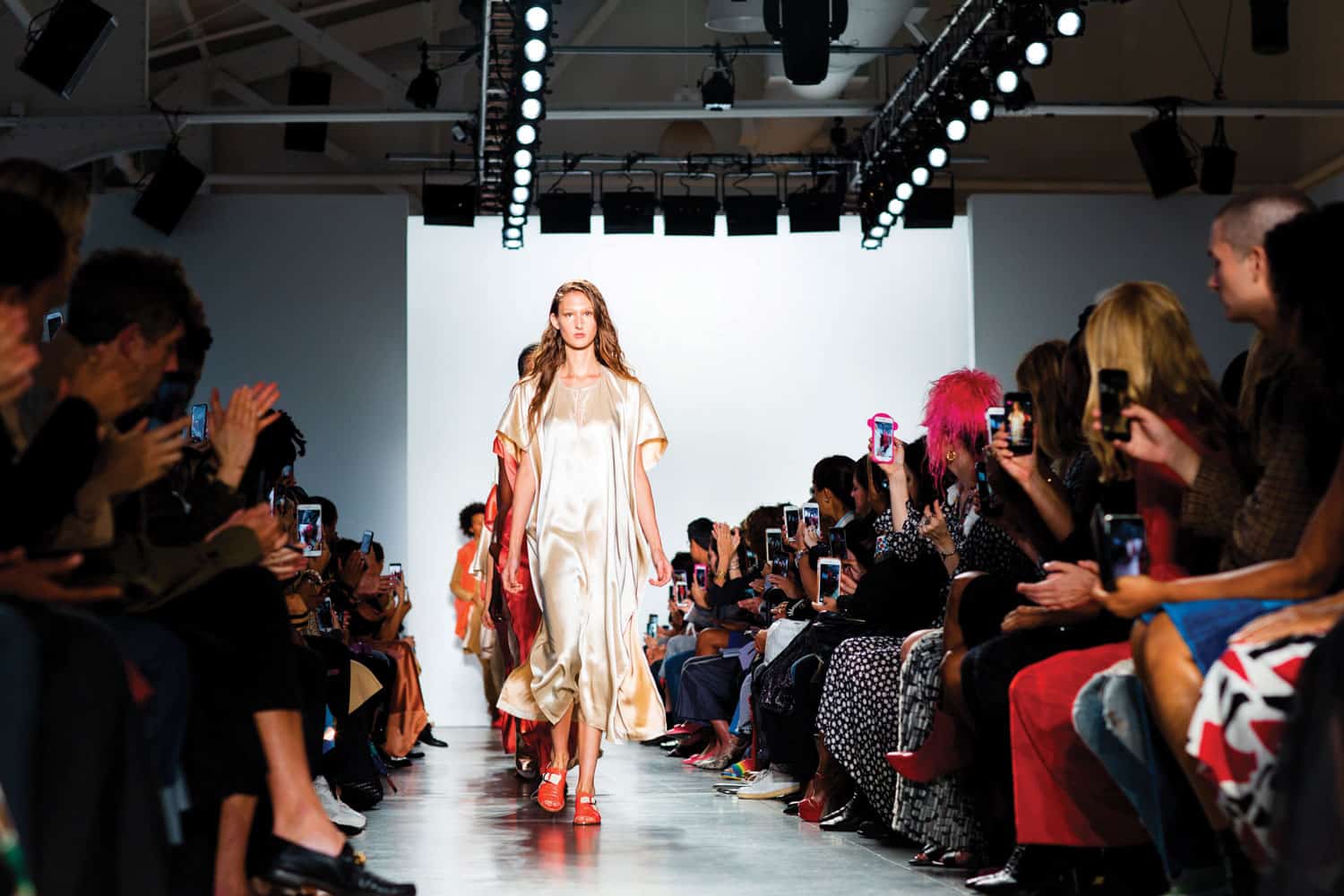 What are some of the ways they are being taken advantage of?
Payments are an important thing: Models go to work, they do a job, but they never know when they’re going to get paid. Agencies that get paid by clients don’t say anything to the models, and basically, they pay the models whenever they want. The models have no control whatsoever. Same thing with expenses — agencies overcharge models with expenses, left and right. The Model’s Bill of Rights outlines that payments [should be made] no later than 60 days after the job. These are all things that I am trying to correct, including the fact that modeling agencies in the U.S. have been bringing overseas models into the country with a tourist visa. When a girl goes to work without a working visa, she can get arrested. She can spend time in jail, found guilty by a court, and expelled from the country for up to 10 years. The modeling career is not a long one, so if she’s expelled for five to 10 years, her career is over.

Has the industry responded well to your ideas?
I’ve received a lot of praise from models and agencies, because some agencies were already operating in compliance [with the ideas outlined in the Model’s Bill of Rights], and they are tired of seeing others not doing that. It is really a burden to the agencies that operate fairly to compete with agencies that operate unfairly. I’m doing something that is good for the business, and I’m doing it for the companies that operate properly.

Last April, you banned several modeling agencies from Pier59…
There are four that are banned: Wilhelmina, Elite Models U.S.A. (which is different from Elite International),
Major Model Management, and Nomad MGMT.

Was that a difficult decision for you, or did you really stand by your manifesto?
I wanted to stand by it. Obviously, this goes against my own interest because if I’m blacklisting companies that aren’t operating fairly then I’m hurting my own business. But I prefer to lose business than to do business with people who I don’t see doing the right thing. I’m strong enough to be able to make this choice, and I am doing it at my own cost, on my own skin, to make sure that this business wakes up to the realities of change, of improvement.

Michael Clinton on Why Hearst Is Winning the Publishing Game