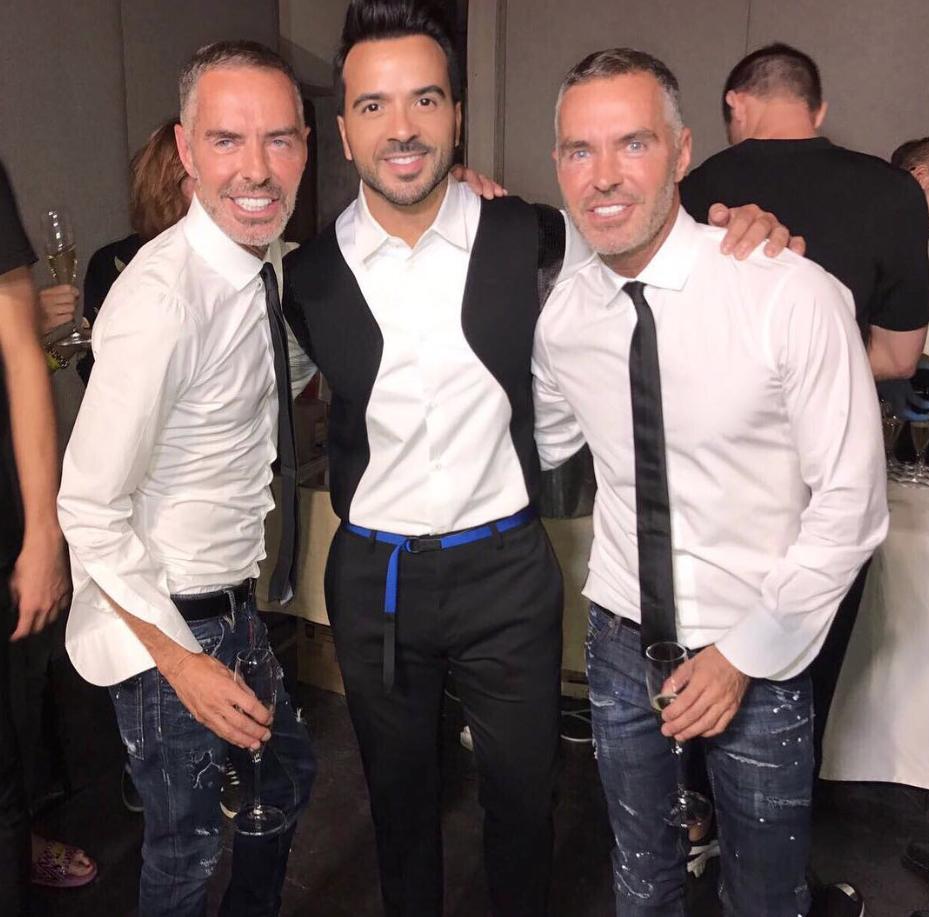 DSquared2 designers Dean and Dan Caten have announced they will be designing looks for international singer and songwriter Luis Fonsi on his upcoming Love + Dance world tour that kicks off July 1.

Fonsi is well-known for his hit “Despacito,” which has been remixed in English featuring Justin Bieber. The tour will begin in Europe and continue to Argentina, Chile, and the United States, with dates expected to be announced soon.

DSquared2’s looks for the tour will be a combination of customized classics and runway pieces.

“We love his energy. His music and charisma are totally engaging,” said the Caten brothers. “‘Despacito’ song is a very phenomenon and when we listen to it we cannot stop to move [sic]. Positive Vibes, hot rhythm! We can’t wait to see him in DSquared2 performing on the stage!”

Jack Brinkley-Cook on Life in the Hamptons with Christie, Sailor & Alexa!