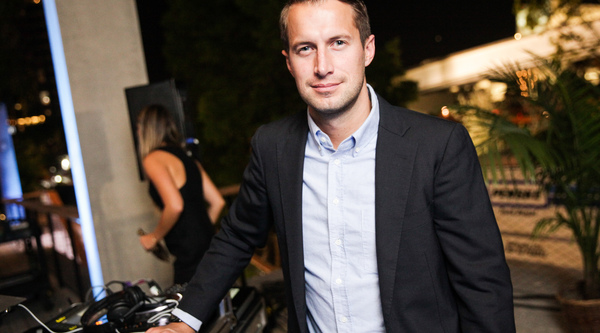 We hope Brendan Fallis is resting today because he was certainly out and about in South Beach during Art Basel. Lucky for us, the handsomest DJ around jotted down his adventures DJing and trotting around town for a mini diary of his four days there.  Take it away, Mr. Fallis…

DAY 1
I took an early flight to Miami with my girlfriend, Hannah Bronfman. I wanted to get as much time in the warm weather as possible so we hopped on a 6 a.m. flight so we could sleep on the beach at Soho Beach House upon arrival! Feeling rested, I headed upstairs to the MdM X PK pop-up shop lunch; Hassan Pierre is a close friend and I always love to support everything he is working on. Hannah, Amanda Hearst, Nasiba Adilova, Angela Simmons, etc. joined for lunch as we celebrated Hassan’s initiative. Later that evening, I DJ’ed my first gig of the week, which was the W/Vionnet party at the Perez Art Museum in downtown Miami. It’s an incredible space, which is still in its final stages of completion. The Party showcased a short film by Tim Walker and was set in an amazing outdoor space. From there I went to the Interview x OHWOW party on a beautiful rooftop in South Beach. My stay was cut short as I had to head to DJ the Del Toro after party at Miami staple Casa Tua. After I finished DJing, I strolled over to the Chez Andre pop-up which was pretty insane. Always a good time, thanks to Andre Saraiva.

DAY 2
The day started early with a brunch at The Webster hosted by Oliver Peoples. Luckily, I packed a pair for the trip. The Coveteur was on hand, which was great as it’s always nice to see my extended Canadian family. After a few green juices to stabilize my system from the night before, and a quick chat with my friends from Louboutin, I headed to the Delano for lunch with my manager, an old friend, and Theophilus London. After sending back two of the largest carpaccio plates of all time (literally the size of half the table), I headed to Soho Beach House, or as I like to call it ‘ground zero’. As long as my phone is charged upon arrival, it gets me through to about 4 to 4:30 p.m. and then dies, right on time for the first bottle of Rose to arrive. A quick nap and I was off to the Raphael Mazzucco party at the Delano, which I DJ’ed with Theophilus. Once my set was over and Theophilus got on, I caught up with Harif Guzman and Virgil Abloh for a bit. I then headed to the back pool with them to check out Wu-Tang and Noreaga. As any hip-hop act would, they started way later than expected and I had to run DJ another event and missed the whole performance. The Nomad Magazine launch party that I DJ’ed at the SLS Hotel was an amazing time, so I quickly forgot that I was missing [the Wu-Tang event]. Three hours later, after trying out some new music I’d been dying to play, I was on my way to 1Oak to watch Theophilus perform two brand new songs from his album. Tequila was in the air and Theophilus turned the party up as DJ Cassidy and Travis Scott bobbed their heads in approval. The night ended at Story watching A$AP Rocky DJ. I’d never been to Story, but when in Miami, it is always fun to hit a massive club and pop some bottles with the crew.

DAY 3
Late nights equal late mornings, and I needed a recovery solution. Avocado and eggs on toast and a mimosa with a side of ocean was my cure. That coupled with a nap in the afternoon got me prepped and ready to open for Tegan & Sara at the VH1 x Scope event.  They had me perched in a nest above the amazing beach setting they had set up.  The crowd was amazing and responsive; tough not to be with Illegal Mezcal as a sponsor. Tegan & Sara played an amazing set, followed by DJ Cassidy coming on to do what he does best. I left there and headed to see Hannah DJ at the Art Binder party, where she dropped some of the best hip-hop of the time. The venue was pretty amazing, as I’d never been to Mango’s Tropical Café on South Beach. If you haven’t either, I would suggest going there once in your life. From there I rushed over to 1Oak to DJ the late night “Pool Party” with the one and only Daniel Chetrit, a man with amazing skills on the tables. We took over the set from Roofeo, my good friend and drummer for TV On The Radio.  After a quick hour of some experimental trap, rap, and Chicago heat we passed our set over to Illuminati AMS and they kept the party going just as some Dutch kids would. From there we stumbled back to Chez Andre to run into all of New York yet again, and ended the night there.

DAY 4
Another morning at the Soho House Beach and catching up with everyone from the night before.  We left early to go DJ the Architectural Digest party hosted by BMF at the James Royal Palm Hotel.  Hannah and I combined our sets and played for a few hours together. The Misshapes came to take over when we were done. We left and headed to The Raleigh Hotel for a drink. Hannah and I met at Art Basel two years ago and had a drink at The Raleigh on the second day. We hadn’t been back to Miami since, so it was our one break from everything to take a moment to ourselves and reminisce. After some oysters and a margarita, not the normal combo, but fitting for us, we headed to the Stussy x Frank 151 x Pigalle House on one of the Venetian Islands. The setting was incredible on the Intercostal Waterway at an amazing house. Raekwon jumped on the mic quickly, while the Parisian DJs tore the place down. Hennesey was on flow to keep the crowd in a dancing mood. From there, I rushed over to Oddfellows, a new club in Miami, where Theophilus put on one of the better performances I saw all week. He curated an art installation and performed an intimate set of brand new music while interacting with the crowd.  I played the music for him and it was an incredible success. I went right to Soho House after that to catch ASTR performing on the beach in the tent.  They put on an amazing show as well.  So many good performances in the few days I was there, so I thought, why not end it off with a night at LIV watching Steve Angello?! As expected, he absolutely crushed his set and the place was all sorts of insanity, but duty calls and I had to make my 6 a.m. flight, which was only two hours away. I hopped back in the car and headed to the airport. See you next year, Miami…

The Definitive Guide to Art Basel 2017 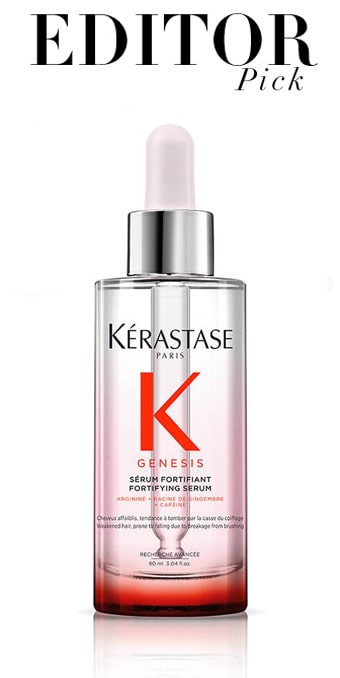