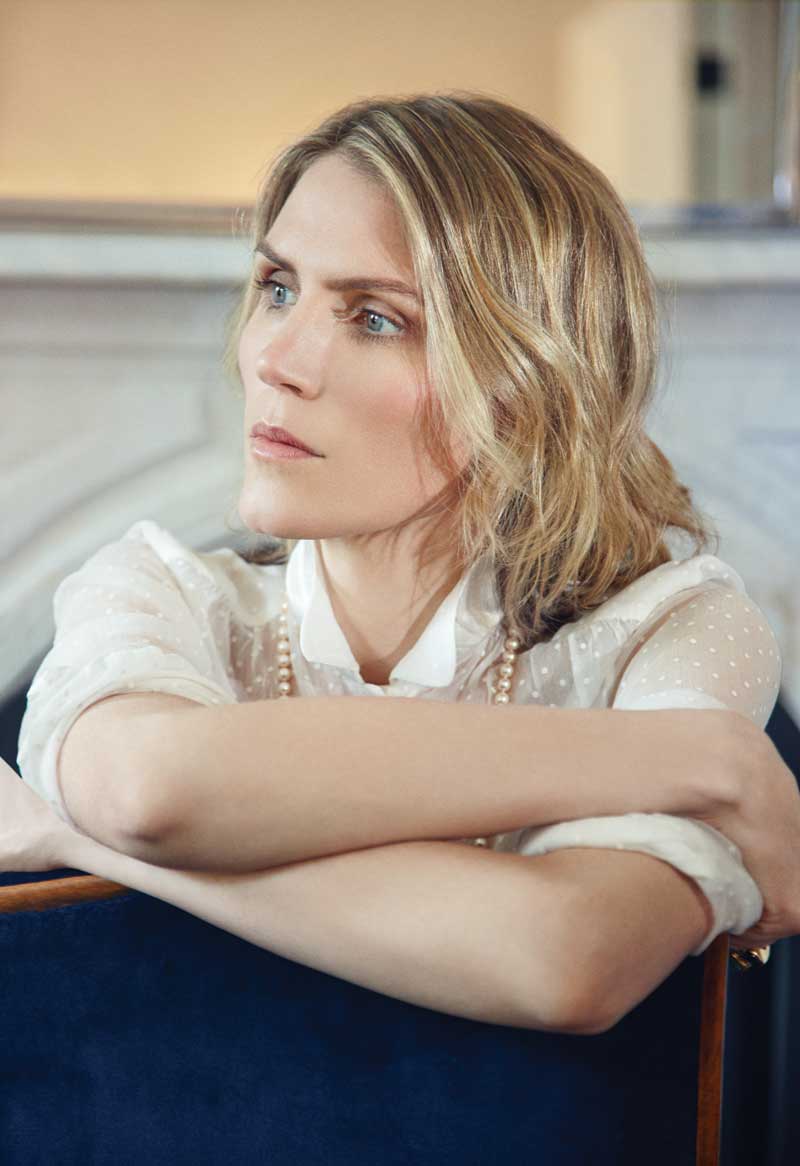 Gabriela Hearst descends from one of the oldest ranching families in Uruguay and, yes, she’s married to a Hearst. But before you make any assumptions, she launched her first label, Candela, with virtually no budget. Her buzzworthy namesake brand debuted last fall and has earned prime real estate on the third floor of Barneys New York. Isn’t it about time you learned more?

You started out as a model.
I was 21, which is really old to be a model! My agency in Paris told me to tell everyone I was 19. I was very grungy with spiky hair. [Laughs] I wasn’t a very good model, and I only did it for one or two years.

How did you get discovered?
I was traveling with my boyfriend at the time, and we went to a party in Buenos Aires. I looked very different from the Argentinian girls. I was wearing military pants with men’s underwear showing and a tank top. I met a woman, Paola Pravato, who worked in PR, and she introduced me to one of the best agents in Buenos Aires. I got rid of the boyfriend, but Paola ended up being the godmother to my son!

Did your modeling experience shape your views of the industry?
The best lesson I learned from modeling is how to handle rejection.

What was the first piece of clothing you ever created?
I was 6 years old. I saw Cinderella and was blown away by the scene where the little birds and the mouse make the dress for Cinderella. My grandmother had lots of handmade silk and lace gowns, and I cut them up to make a dress. My grandmother wasn’t mad—she thought it was cute. Later, I designed clothing for my friends. When we were 15, we had our quinceañeras, but we didn’t do those big puffy white dresses. I designed cooler, shorter versions.

What were you doing before you ventured into fashion with your first company, Candela?
I went to acting school for two years at the Neighborhood Playhouse School of the Theatre. The first day, the headmaster said, “Most of you aren’t going to be actors, but you’re going to learn a few things here.” It was hugely important for me. After that, I started to work in the fashion industry as an assistant to a designer named Kara Janx. Then I worked in a showroom for a bit, before launching my first label, Candela. I worked for somebody else for a year and a half max. I actually think I got fired from every job I ever had, except for a flower shop I worked in when I was 17.

Follow your own dream, right?
[Laughs] Yes, when I got fired from the showroom, I gave my boss a hug because I was so happy.

Are you still involved with Candela?
I’m not involved in the daily operations anymore, but the label still exists—I still have ownership in it. I’m putting all my energy into my namesake label.

Why did you launch Gabriela Hearst?
I really wanted to do something more high-end. I wanted to use materials, techniques, and tailoring that I wasn’t able to use before. The first day I started working on the design for the label, I also found out I was pregnant. When the label officially launched, I was six months pregnant.

Were you overwhelmed?
I was so excited because the brand had just been picked up by Barneys New York 10 days before we debuted the collection at our presentation. A huge weight came off my shoulders. When I developed
the brand, I really didn’t want it to be something where people said, “Let’s see how it evolves.” I made sure the whole collection was really thought-out.

Barneys New York placed you between Chloé and Céline—that’s quite a feat.
I couldn’t believe it was happening. I went with my entire family and took pictures. On the other hand, I really thought that that’s where we would sit. Our goal is to make an elevated product that doesn’t scream.

Do you have any international distribution?
Miroslava Duma brought us to Russia recently, and now we are in Aizel [boutique]. Mira is really the type of woman I admire. She travels with her kids, and she works her butt off. It makes me think, “If she can do it, I can do it.” My newborn has already been to L.A., Paris, London, Moscow, and Uruguay.

Which women have you loved seeing in your clothes?
Gwen Jorgensen. She’s a triathlete who will represent the United States at the Olympics in Rio de Janeiro this summer. It was a dream to dress her. I’m very interested in women with passion, and athletes are always passionate.

What kind of women love your clothes?
Women who want to feel beautiful, comfortable, and powerful. I’m trying to make certain uniforms for women, so they can spend less time thinking about what to wear. I want women to have things that fit well and last forever.

What is your inspiration for Fall?
I was looking at work by Sonia Delaunay, and I was inclined to work with circles and dots. We did some beadings and trims that say Love in Morse ode. It also ties into the idea of land and sea that I was working on.

How does your heritage play into your designs?
It’s reflected all the time, but not in an obvious way. I grew up in a place where there is nothing besides the ranch and land, which, of course, changes your perception.