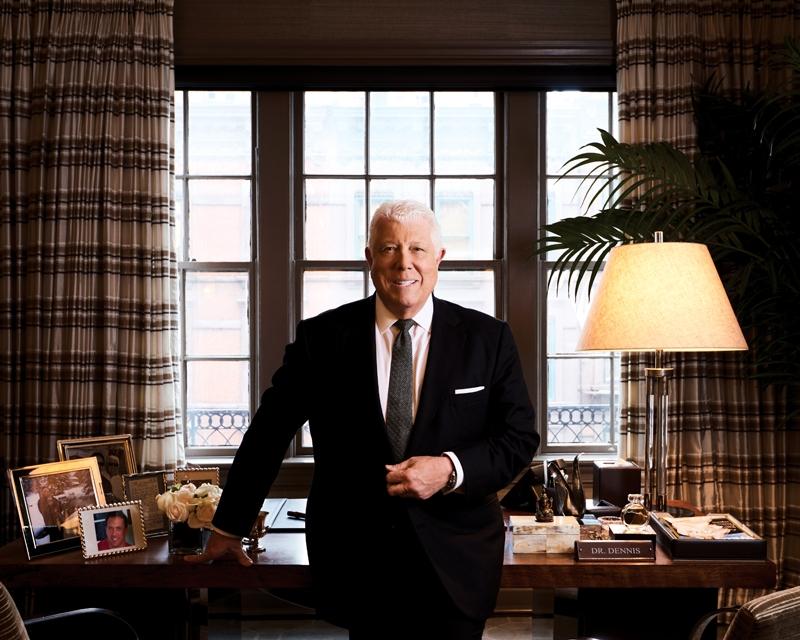 With 35 years under his belt as a designer, Dennis Basso has become one of the legendary kings of New York Fashion Week. On the occasion of his anniversary, we convinced him to look back!

Can you believe it’s been 35 years?
It seems like a lifetime ago, but it went by in a snap. It has been an amazing journey. I love the people I’ve met. The people at my show today were at my first fashion show in 1983. I’ve become friends with so many people along the way. I wouldn’t trade it for all the tea in China.

Who were some of the women at your first show?
My good friend Ivana Trump, my very close friend Leba Sedaka, Martha Kramer, another good friend, Nikki Haskell.

Did you read Ivana’s book?
I’m in the very first line of the book! She closed my show 25 years ago.

Why have you stayed in the game for so long?
If you love what you do, it’s not work, and I love what I do. I started off only doing furs, and then it evolved into ready-to-wear. I went from having a small showroom on Seventh Avenue to a flagship store on Madison Avenue to Harrods in London! I’ve never lost sight of the goal. I’m happy to get up every day and do 9,000 different things. This is also my 25th year on QVC! It’s a wonderful juggle.

You shoot QVC in Pennsylvania. How do you kill time on the way there?
I used to take a nap or read. Now, if you’re busy looking at Instagram, two hours goes by in a snap!

What was the toughest show you’ve ever done?
My first show at The Regency in 1983 was easy, because we really didn’t know what we were doing. The good news is that we ended up with almost a full page in The New York Times with a glowing review by [the late] Angela Taylor. When Angela

left, Bernadine Morris took over, and they were such good friends of Dennis Basso. Then I did my first very, very big show at The Pierre, and I felt like people were really watching. I was full of nerves. We were also giving a dinner at The Limelight that night. 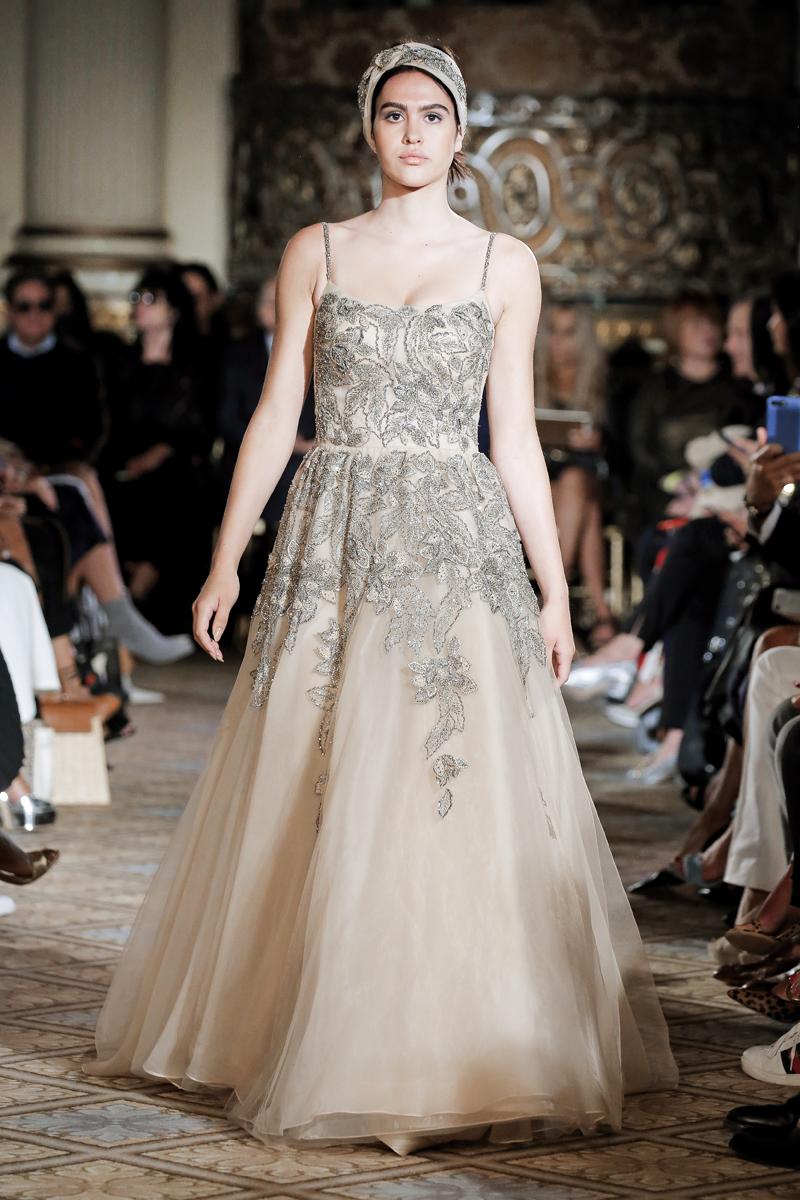 You had a dinner at The Limelight?
After every fashion show for 20 years, we gave a big black tie dinner somewhere in every venue possible. That was the spot of the moment. We also did them at Studio 54, Palladium.… The next and most important show was when I became part of fashion week at Bryant Park. All of a sudden, I realized I was playing in the big boys’ game. My personality is happy, and I’m also able to take the punch and keep going. There’s definitely a little bit of show business in me!

There sure is! What do you mean by “take the punch?”
If today isn’t a great day, tomorrow is going to be a better one.

Have you ever been destroyed by a bad review?
I’ve been very fortunate. I’ve never had a review that made me want to walk out the door of my apartment and stand in the traffic. If you are going on the ABC system, I’ve had lots of A+, a lot of A’s, and a few B+, but never below that.

One of my favorite moments at your show was when Joan Rivers refused to sit front-row next to Joan Collins.
That was funny. Joan [Rivers] said, “We don’t need two adult women of a certain age named Joan sitting next to each other. Let’s put a young girl between us.” That was pure Joan! 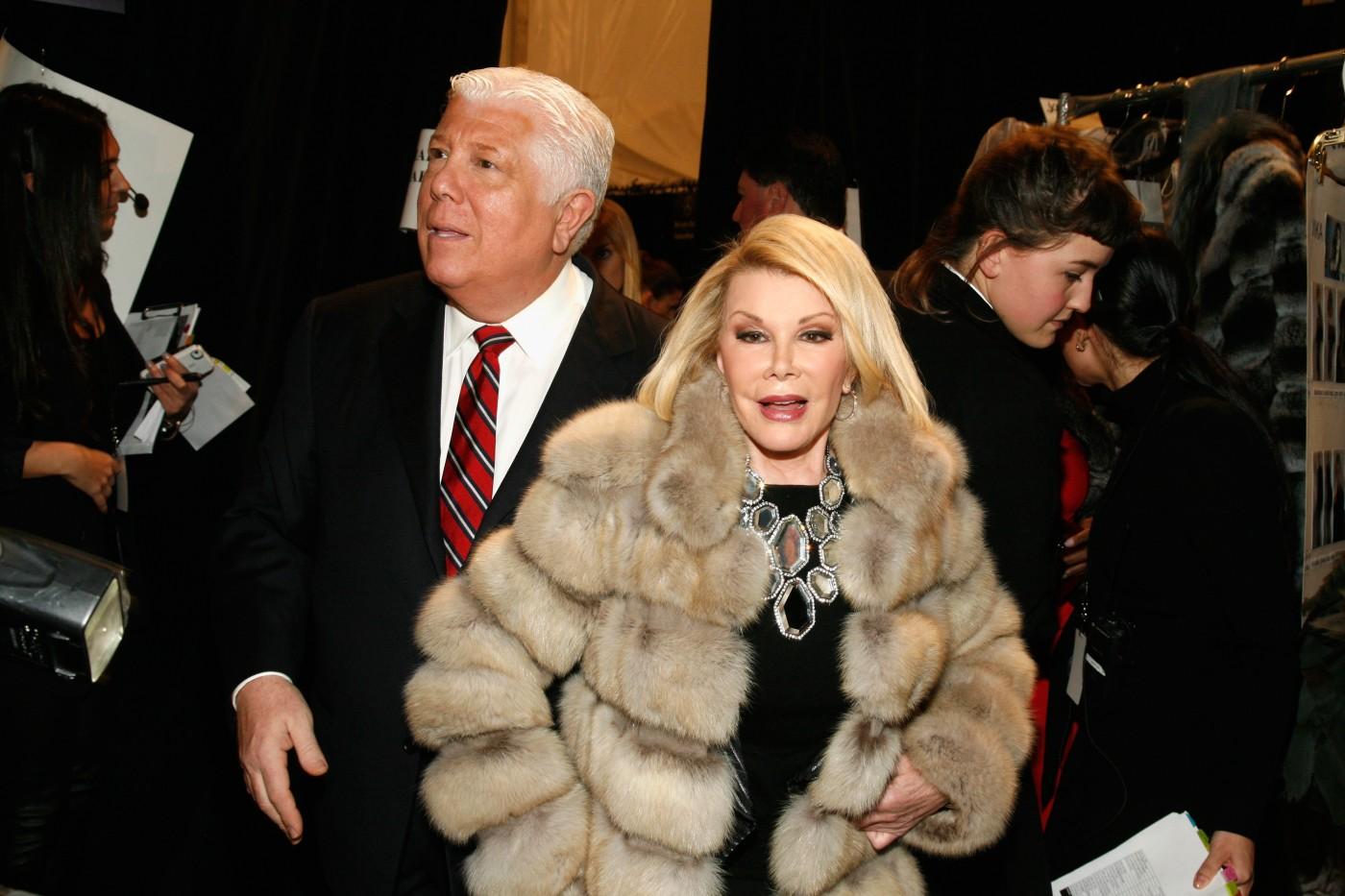 We’ve never talked about models! Who are some of the favorite women you’ve worked with?
We had the amazing Naomi Campbell in our campaigns for several years in a row. She has superstar energy. Coco Rocha is what happens when a model meets theatrics. Then we used the gorgeous Hilary Rhoda, a classic American beauty. On the runway, we use beautiful and interesting girls and not supermodels. But for my 20th anniversary, we had Diana Ross come down the runway. It was a magic moment.

How do you stay so ageless?
I like to surround myself with young people with great ideas. I’m very open. We have friends who range in age from 30 to 90. We socialize with everyone the same way. That’s what helped build the brand. I don’t want to try to be young. I’m happy with who I am and embrace that. I want to look the best I possibly can for my age group. When people of a certain age try to dress like their sons or daughters, they look older!

What would you tell yourself at 35 years old?
Don’t be afraid of work! And be focused on loving what you’re doing.

What do you consider to be some of your greatest achievements?
Everything at Dennis Basso is made in the U.S.A.! We have a 30,000-square-feet operation in Long Island City. I see everything that is being made, and we can fine-tune pieces specifically for our customer. We’ve had great retail clients. After any show I have, you can come back to the store and review the collection and try things on. Another amazing thing that happened to me was receiving a doctorate from FIT in 2013. You can call me doctor now! 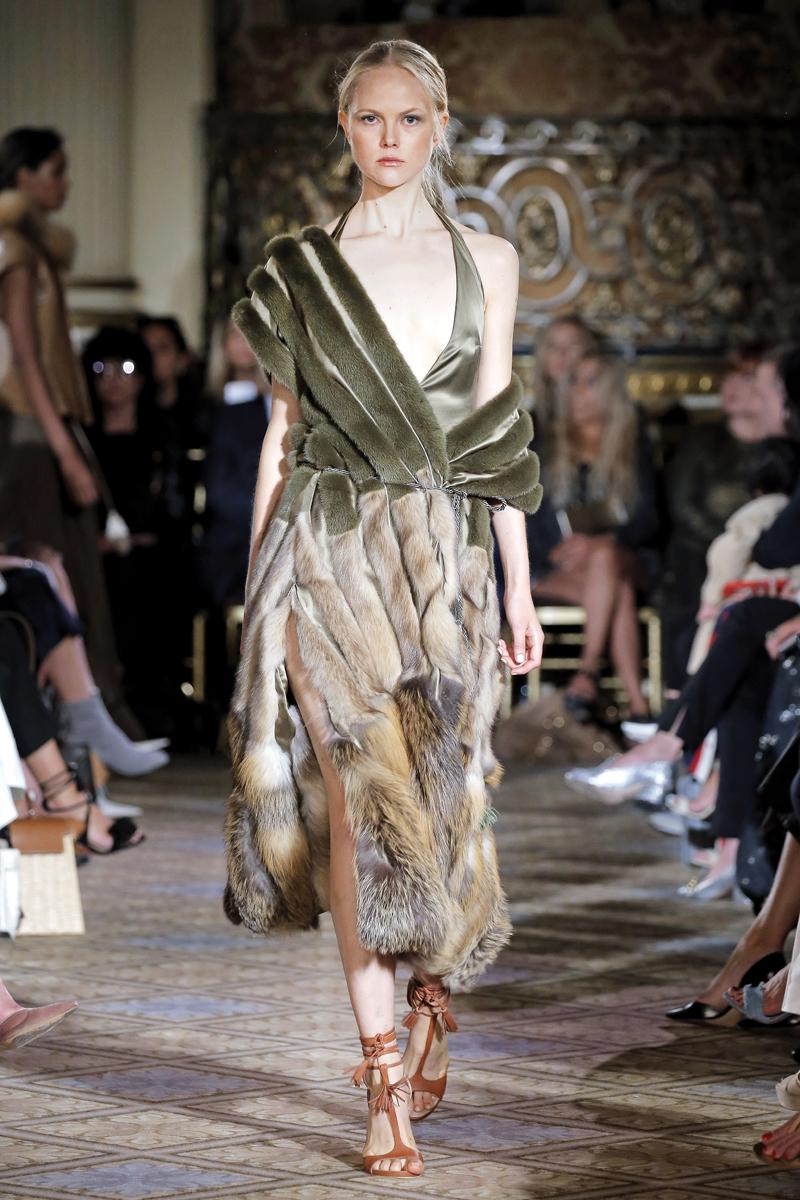 Will you ever retire?
What is that? My great friend Joan Rivers said, “People in show business and people in fashion don’t really retire. They just can’t get work.” I can’t imagine. I love this. I’m not exactly punching the clock at 9 a.m. and clocking out at 6 p.m.

Have you been back to La Goulue since it reopened?
I’ve already been half a dozen times! I loved it the first time around, and there’s nothing like going somewhere familiar. They put it back exactly as it was. The menu is divine—the cheese souffle, the tuna tartare, the steak frites…all the favorites are there, with the same team that we’ve always known. It’s a huge hit! It’s buzzing! There are lots of great places in New York, and I love the whole buffet.

Erin Wasson Just Can’t With This New Generation of Models