A Day at the Whitney with Hudson and Jameson Kroenig 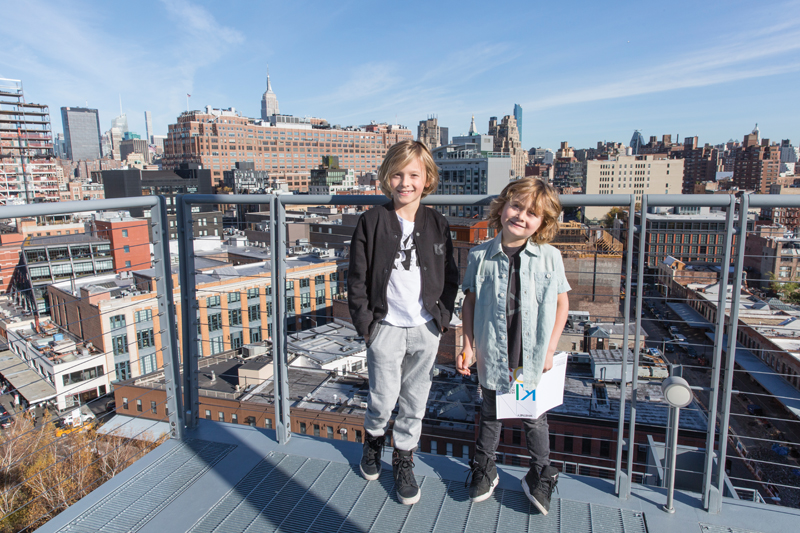 Since it’s never too early to get your art on, we sent brothers Jameson and Hudson Kroenig—ages 5 and 8, respectively—to the Whitney Museum for an educational afternoon in the company of Gary Simmons, Peter Saul, Allan D’Arcangelo,and more. Take it away, boys! 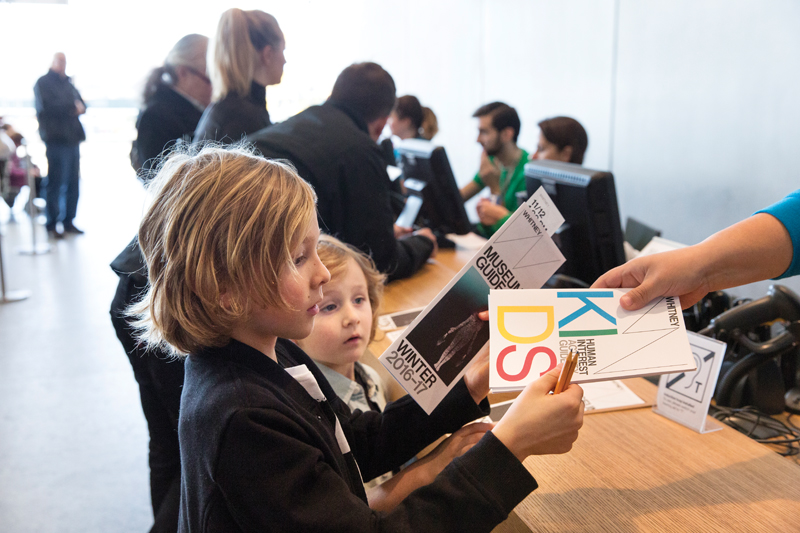 Peter Saul’s de Kooning’s “Woman With Bicycle” was the first painting that enchanted the brothers. Given that they take art class at school and study painting at home, they’re well-versed in the subject matter. “In the mornings, I look up cartoon pictures and free-hand them on paper,” says Hudson. “Mom and Dad are really impressed!”

“I don’t think I can fit in these, but Dad could!” says Jameson of Gary Simmons’ Gold Plated Basketball Shoes. “I ordered a pair of Yeezys online like two months ago, but they still haven’t come,” moans Hudson. “I’m not sure if the company I bought them from is real!” 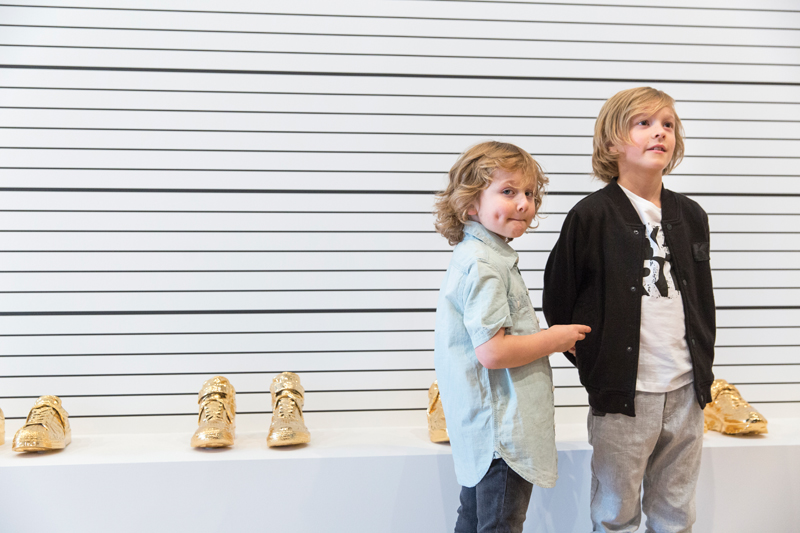 “It looks like Hillary Clinton and Donald Trump!” exclaims Jameson of Allan D’Arcangelo’s Madonna and Child painting. “I know there’s a bow in the blonde girl’s hair, but still!” affirms Hudson. 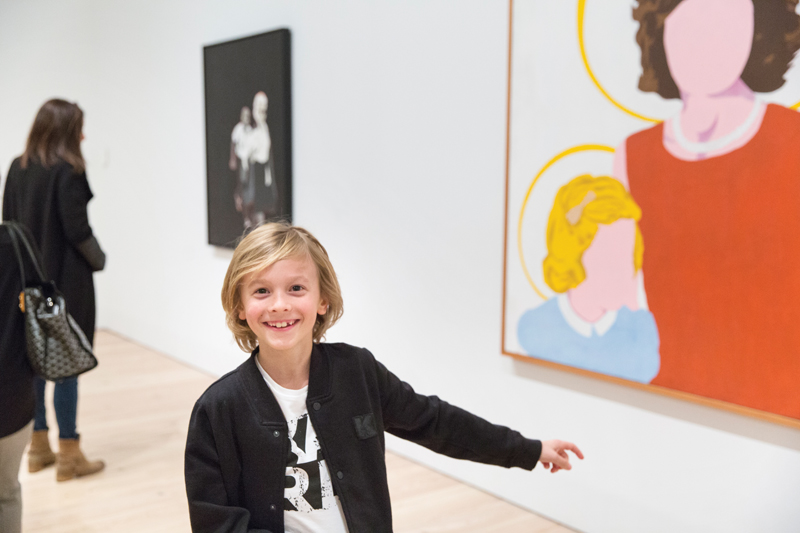 How do the brothers generally unwind on Saturdays? “We usually stay home [in New Jersey], but sometimes we come into the city to go to the park, restaurants, or shop,” says Hudson. “We usually go to museums in the summer when they’re not as busy.”

NEW YORK, NY – APRIL 23: The new building housing the relocated Whitney Museum of American Art stands in Manhattan’s meatpacking district on April 23, 2015 in New York City. The building, which was designed by famed Italian architect Renzo Piano and has 50,000 square feet of galleries, will open to the public on May 1. The museum, which was founded in 1931 by Gertrude Vanderbilt Whitney, was previously located in Manhattan’s Upper East Side. The Whitney focuses on 20th- and 21st-century American art with a permanent collection of more than 21,000 paintings, sculptures, drawings and other media. (Photo by Spencer Platt/Getty Images)

The boys ended the day with a trip to the gift shop, where they bought prints for their bedrooms. “We’ll be back!” vows Hudson. Their other favorite weekend activity? “Traveling!” says Jameson. “I love St. Tropez and Paris.” (Hudson is a fan of Dubai.) Naturally, the boys have traveled on Karl’s private jet. “The best part is they serve you food whenever you want!” says Hudson.

P.S. What’s the Karl Lagerfeld Connection?: Brad Kroenig is not only dad to Jameson and Hudson—he’s also one of Lagerfeld’s muses and closest friends. In fact, the Kaiser is Hudson’s godfather, and Lagerfeld takes the role very seriously. “Karl’s taught me the most about design and ways to do techniques, like blending and sketching,” says Hudson. Both boys have also graced the Chanel runway.

Daniel Lismore on His Haute Couture Exhibit at Art Basel