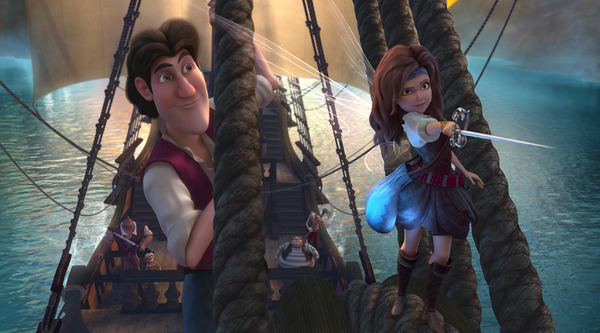 How’s this for a cool gig…Christian Siriano has teamed up with Disney to consult on their upcoming film, The Pirate Fairy. Siriano was called upon to give his input on the pirate fairy costume for the Zarina character, voiced by Mad Men‘s Christina Hendricks. “I haven’t designed for an animated character before, and I’m excited to take my skills into Zarina’s world,” he explains. “She’s a unique and new character and I wanted to help make her memorable and iconic. Disney characters are everlasting and I’m so happy as a young designer to help create a bit of Disney history.” The story is about Zarina falling in love with a band of pirates and it hits theaters on April 1st.

Christian Siriano on His Latest Collab and...

Christian Siriano Is So Busy He Almost...