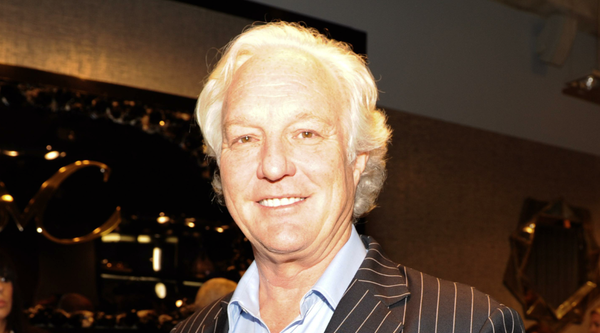 (NEW YORK) C. Wonder founder and branding genius Chris Burch has gone talent scouting, again—he’s taken a stake in Solid & Striped, a contemporary swimwear brand. The label’s aquatic-ready offerings come in pattered and patternless iterations, per its name, is stocked by 40 stores, including the likes of Fivestory, Ron Herman, Scoop, and Atrium, plus chic hotel boutiques at spots like The Beverly Hills Hotel and the Miami outpost of The Standard.

Ross teamed up with college pal Morgan Curtis to design the women’s garb; Curtis is Jill Stewart‘s daughter, and has a lingerie line, Morgan Lane. Men’s swim essentials run from $130 to $150, while girls can get in on the action with separates priced at $70 to $80 a pop. Look out for Solid & Striped on the trade show circuit in February, at Las Vegas’ Project show, according to WWD.

What else is in Burch’s portfolio? Majority ownership of C. Wonder, Monika Chiang, chic office supplier Poppin, and Trademark, the new line from Burch’s daughters Alexandra (aka Pookie) and Louisa Burch, through Burch Creative Capital. Burch’s minority investments include Vaunte, Bib & Tuck and Tory Burch. With Burch’s backing, expect some big moves for Solid & Striped as the burgeoning brand grows up.