Cami Morrone Is Ready to Make Her Mark on Hollywood 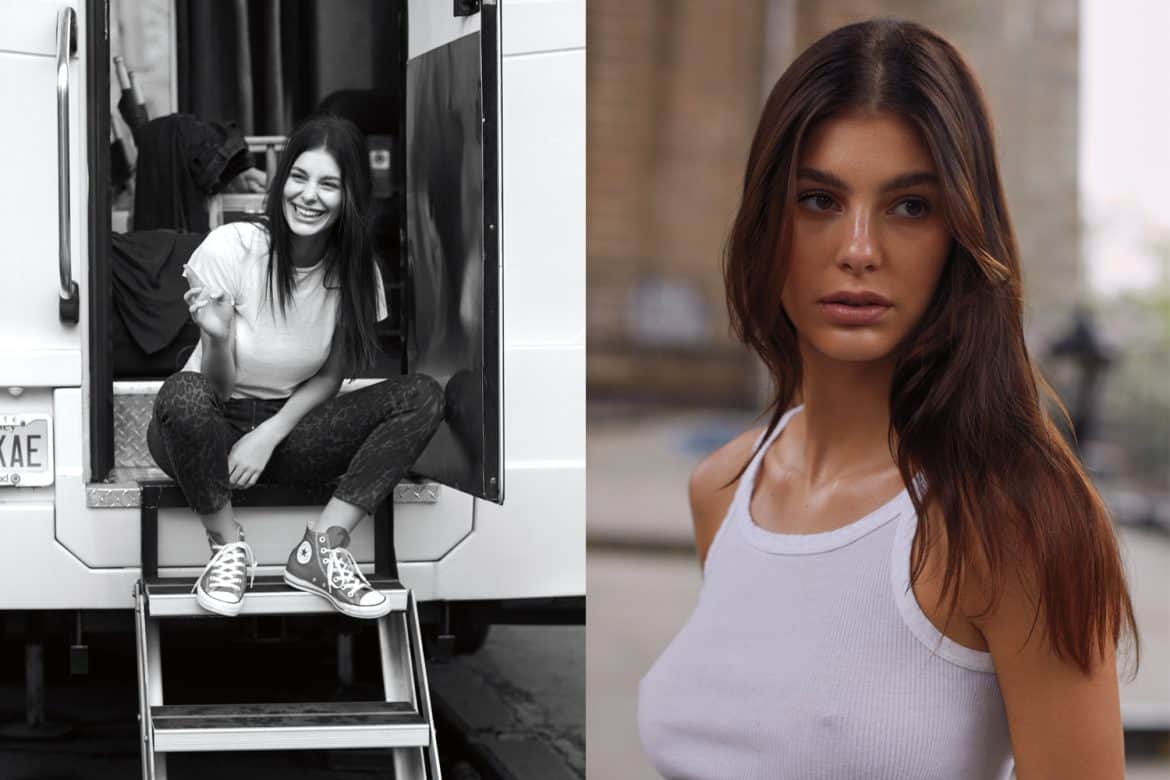 With a buzzy movie premiering at Cannes this month, actress Camila Morrone is on top of the world and riding high as a fashion darling. The Daily Summer recently caught up with the 21-year-old to get the scoop on her new film and who she’s dying to work with. Meet Cami!

You and [photographer] Sebastian Faena have worked together a lot. How do you explain your chemistry?
There aren’t a lot of Argentinians in this business, so there’s an instant connectivity between us. We’re able to make something that we want to make because we’re able to be sincere with each other. We cut the bulls**t, which I like.

What was the day on set like?
It was pouring rain and freezing, but we found a cool location at a skate park under a bridge. 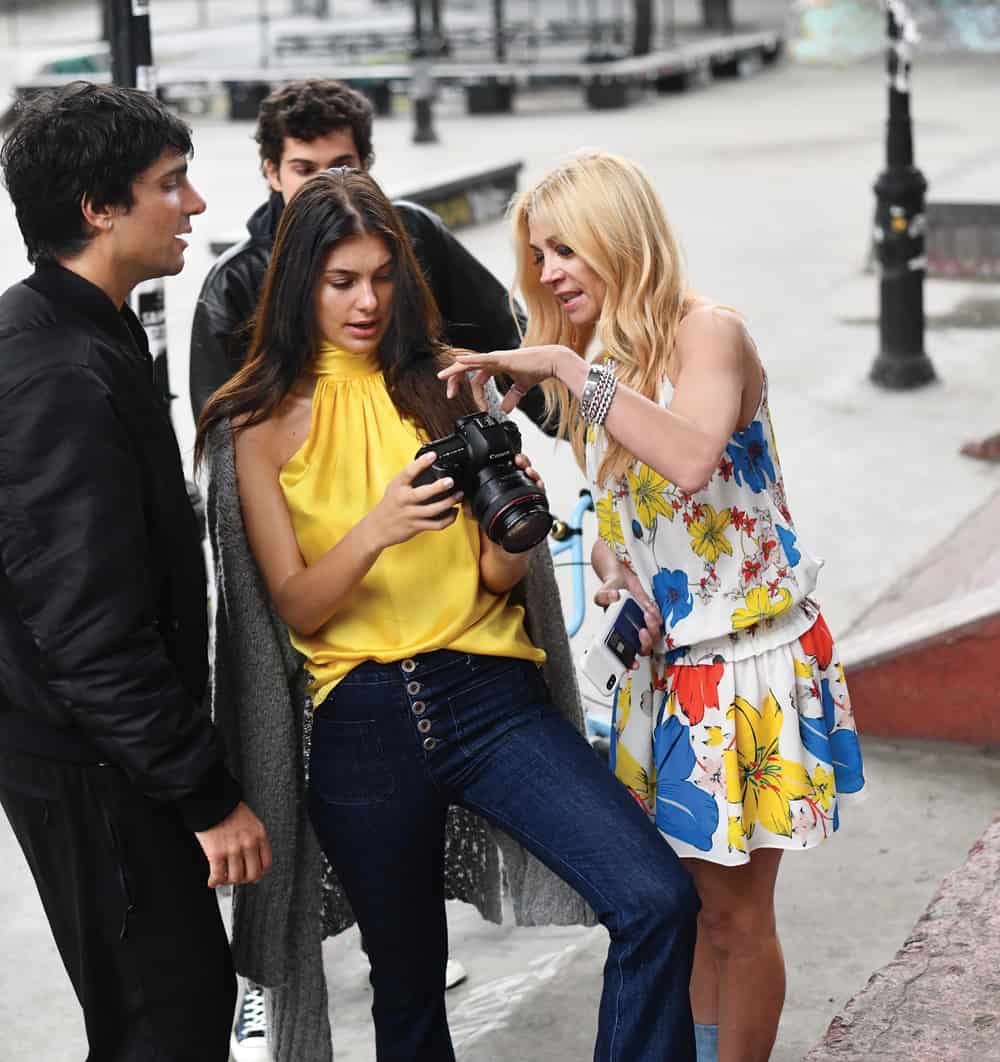 Did you get into any kind of character?
I’m always in a character, a little bit, during a photo shoot. Sebastian wanted me to channel my masculinity and be a little more badass and grunge in terms of my attitude.

You’re starring in the latest Ramy Brook campaign. How did that come together?
Sebastian sent me a message, explaining that he knew an awesome woman that he wanted me to meet. He said I would fall in love with her. He wanted me to meet them for a drink, and we ended up having a two-and-a-half hour lunch. We bonded instantly. Ramy [Brook Sharp] is really easy to like!

You’re going to the Cannes Film Festival with your new movie, Mickey and the Bear.
I went two years ago, but not as part of the festival. I only attended one movie screening, and I was in shock. As an actress, it’s kind of the dream to get into a festival like that. My film is in a tiny part of the festival — it’s not the main event, but it’s cool to be a part of it. I wanted to get in any way we could. I’m such a fan of the festival and the South of France. I’ll soak it in!

Will you be bringing trunks of clothes?
Hopefully, my stylist [Micah Schifman] will bring them! I don’t do well with that stuff — I just lost my Met Gala dress! It was in my suitcase, which I checked on the flight, and my luggage was lost. I won’t be making that mistake again. 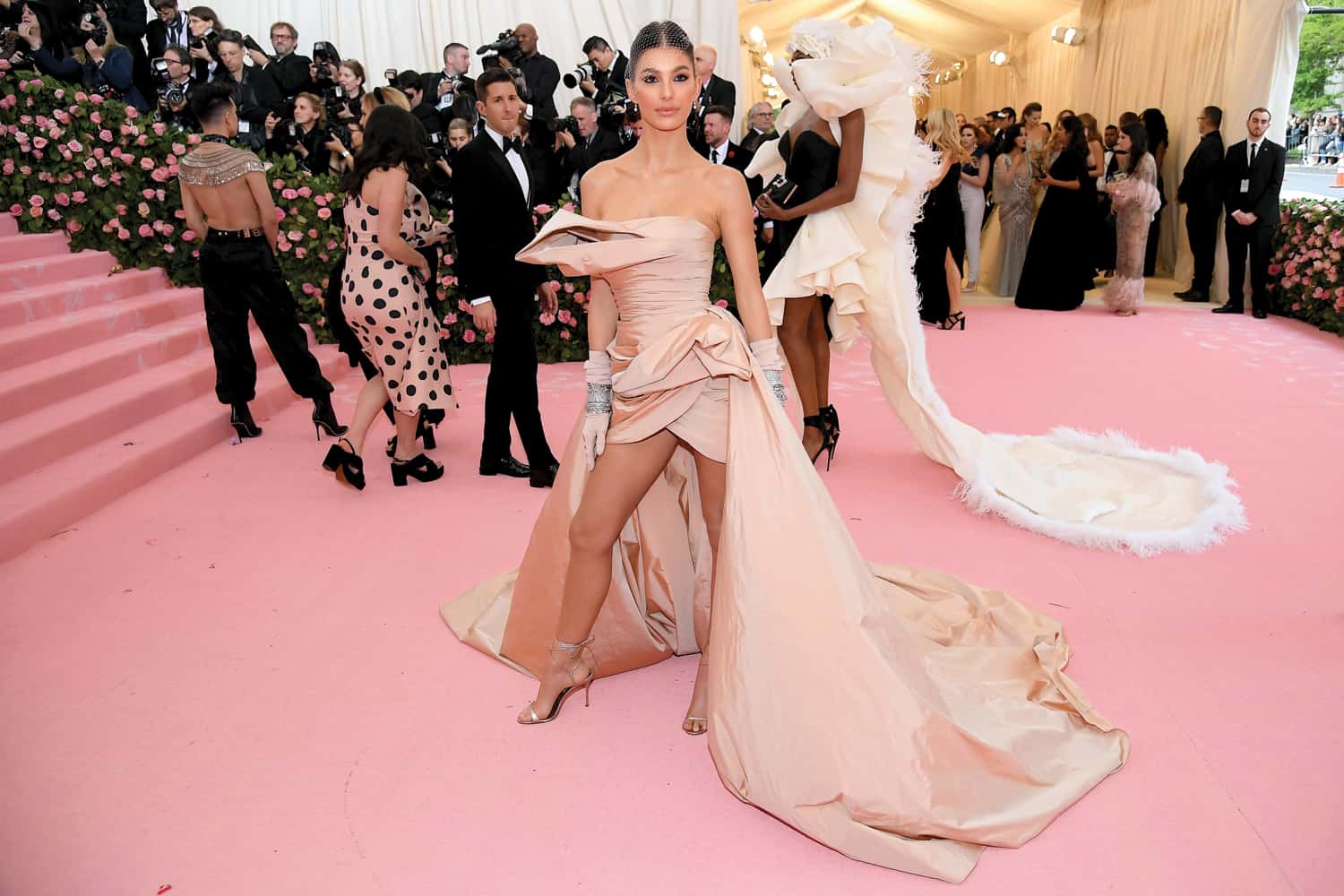 What’s the scoop on the film?
It’s a drama about a 17-year-old girl named Mickey and her father, Hank, who is also known as The Bear. They are quite poor, and living in the small town of Anaconda, Montana. The movie follows him as he comes back from the war and he has an opioid addiction. My character’s mother passed away from cancer, so she is the sole caretaker. My character’s father is her best friend but also kind of emotionally abusive. So Mickey is trying to escape and figure out her destiny. It’s quite sad; it tells a beautiful story about what happens when veterans come back from war.

Who directed it?
Annabelle Attanasio, a first-time female film director. She’s 26, graduated from NYU, wrote the script, and got it financed. I’m really proud of the film. 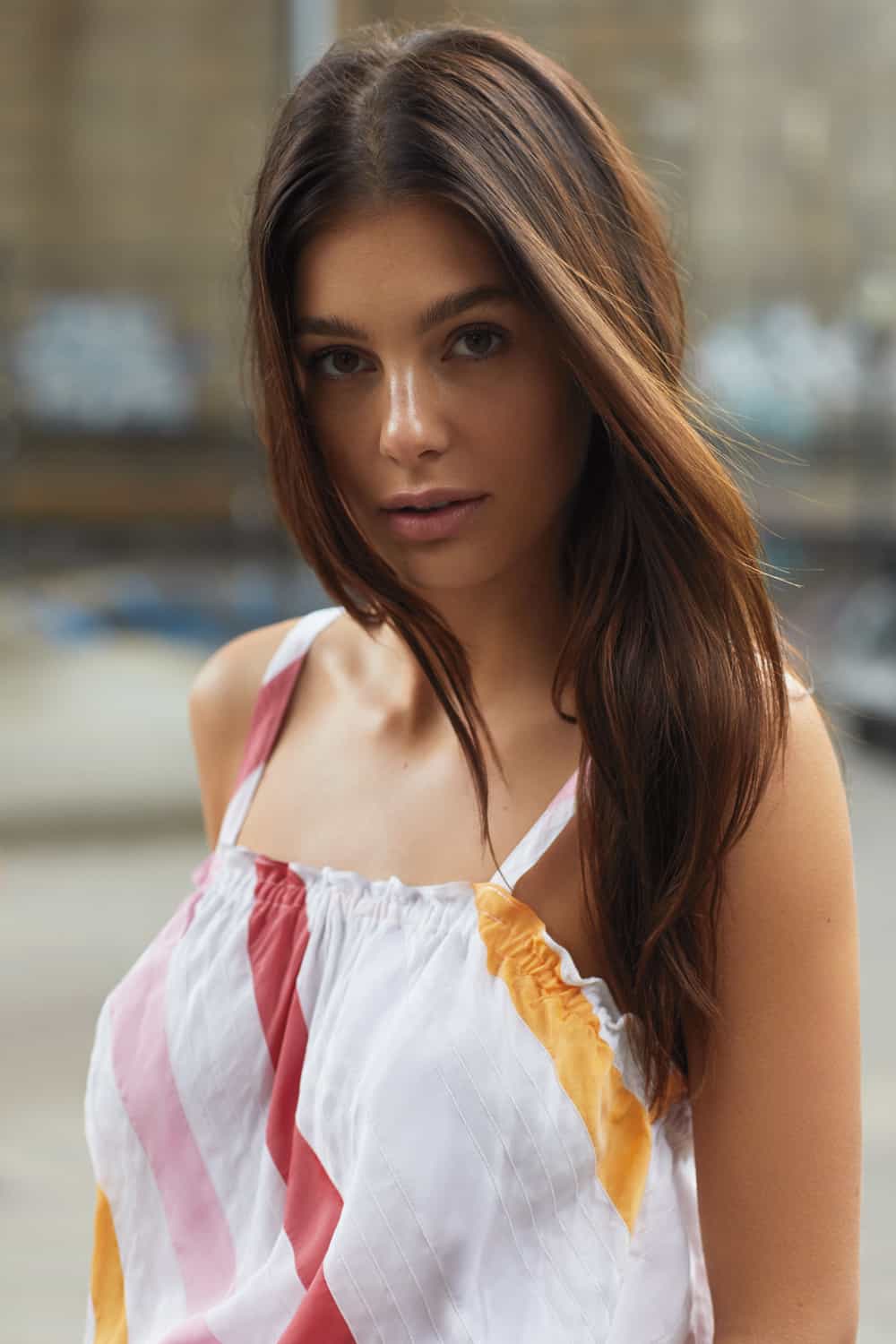 Do you still go to auditions?
I spend my life auditioning! I would love to be offered roles, but I’m not quite there yet.

Soon! Do you get nervous?
Every time I walk into an audition room, my stomach is in knots. I’ll always have that kick of adrenaline, which in a weird way makes me better, because I use that to my advantage.

Who would you like to work with?
If Martin Scorsese offered me a part in something, I think I would die. I would love to work with Quentin Tarantino, Darren Aronofsky, Emily Blunt, Kate Winslet, and anyone on Game of Thrones at this moment.

Have you been obsessed with GOT?
I’ve watched every episode.

How closely do you follow your Instagram account?
I’m not consistent with my posting. I might go three weeks without sharing, and then post three things in one day. I look crazy! Unfortunately, I’m on my Instagram every day scrolling through my feed. Most of us are guilty of this. It’s definitely not my most admirable habit. I don’t really read the comments — they usually end up hurting my feelings, so I just try and avoid that. 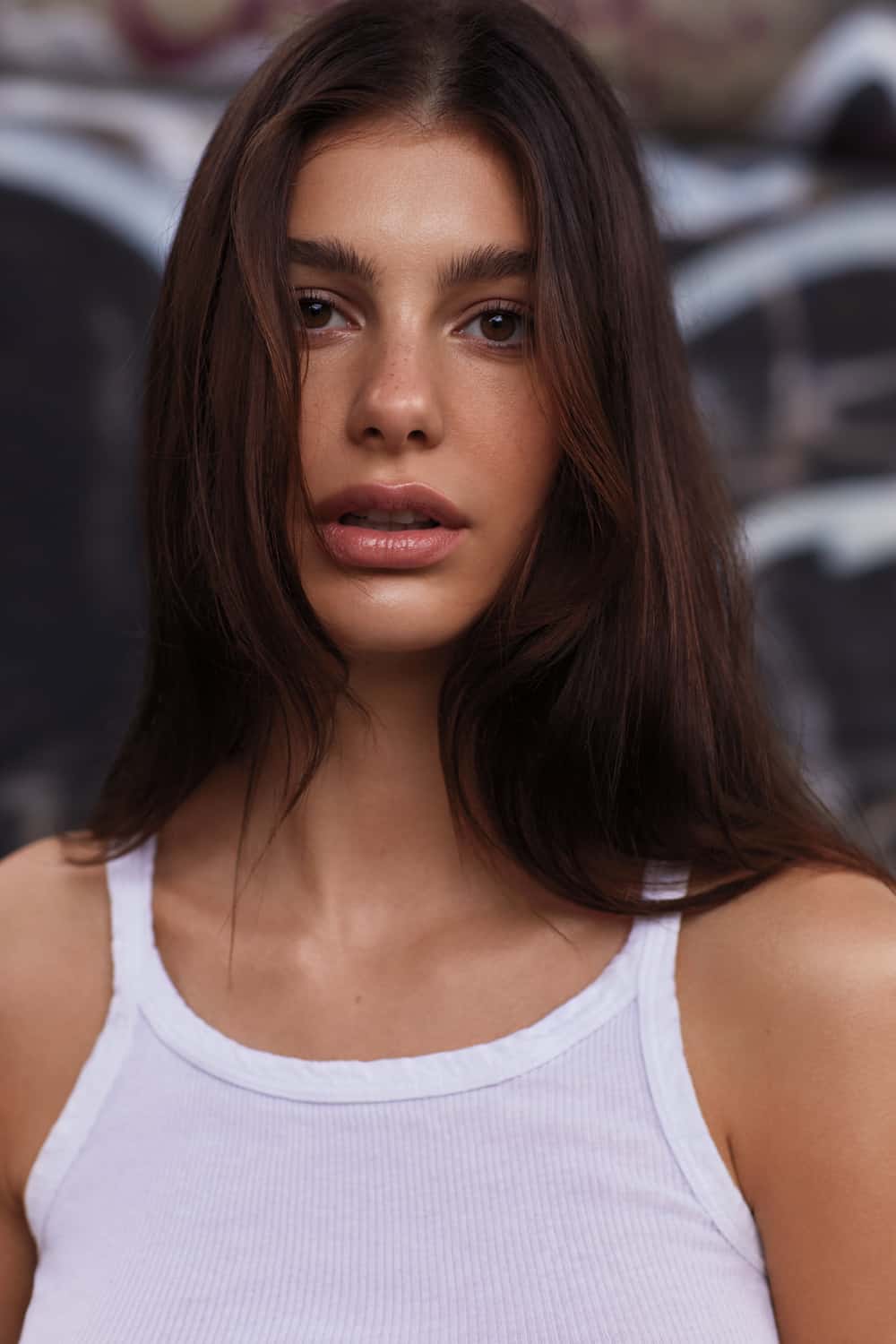 How do you typically spend your summer?
My birthday is June 16th, so that’s at the start of summer. I usually stay in town and continue to work until mid-July, and then things tend to slow down in our industry, so I try to travel. I try to go somewhere new every year! This summer, I’m going to be in Europe, because it’s so easy to hop over to new places. I’ve never been to Tuscany, Amsterdam, Prague, Germany, Iceland, or Spain. I still have quite a lot of territory to cover!

How often do you get to Argentina?
I was just there for the first time in three years. I used to be really good about going twice a year when I was in school. My grandparents, cousins, aunts, and uncles live there, so it’s a big part of my life and culture. I grew up speaking Spanish in my house. My parents, to this day, barely speak English.

Do you see your parents often?
I see my mom every day. My dad lives three hours away on a farm, but I try to talk to both of them 15 times a day on average. If my mom doesn’t answer, I call my dad!

See the full issue below.

Are You a Summer Icon? Take Our Quiz and Find Out!