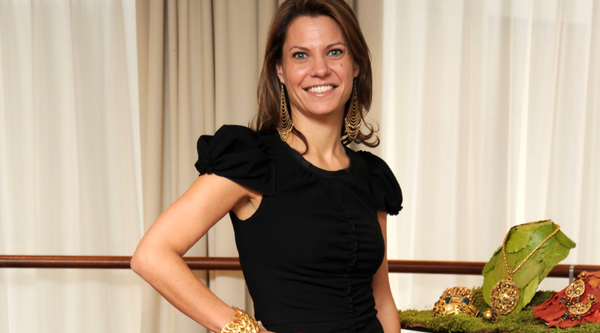 (NEW YORK)Curious about NYC mayor-elect Bill de Blasio’s connection to the fashion world? We found it. He’s had a long friendship and working relationship with Haskell Jewel’s president and chief operating officer, Gabrielle Fialkoff, and has even called upon her to be the chairwoman of his inauguration over the new year. Fialkoff tells The Daily what she has in store to celebrate NYC’s new mayor, how she’d describe his style, and much more.
BY EDDIE ROCHE

What’s your role as the inaugural chair?
The role is to conceptualize and bring to light the vision of Mayor-elect de Blasio for his inauguration and plan a series of events that reflect his message of diversity and progressive values and inclusiveness for all New Yorkers.

What’s in the works?
We are trying to create a series of events that are really open to all New Yorkers. As part of the traditional swearing in on January 1st, which is a big an beautiful ceremony on the steps of City Hall, we’re also going to include tickets to as many New Yorkers as we can fit. That’s something that hasn’t been done in many decades. We’re also having a receiving line in City Hall. He’s very excited to be there and open City Hall to the public. We’re also doing a never-been-done-before open house at Gracie Mansion on Sunday, January 5th. We sold out about 7,000 tickets on the internet, much to my delight and surprise, in under three hours. That was an unexpected thrill. This is an administration that is open and accessible to all New Yorkers. We’re calling it the people’s inauguration. There’s no fancy ball!

How do you know Bill de Blasio?
Before I joined Haskell Jewels, I worked in politics, primarily as a fundraiser. He was my boss on three different campaigns and one of my mentors. We go back about twenty years. I’ve been helping him on his campaigns since his first race for city council in 2001.

You must be very psyched right now!
I’m thrilled. You’re just helping out a friend because he’s your friend, and because you believe…and wonderful things can happen. It’s exciting.

Are you still full-time with Haskell Jewels?
I’m doing both! Being chair of the inauguration is on my volunteer time.  I’m giving it nights and weekends and every spare moment I have.

You worked on Hillary Clinton’s campaigns when she ran for the senate. Why did you leave politics for jewelry?
I was her finance director in her first senate campaign and then I joined Haskell, which was a business my father had bought a few years earlier.  I had worked there between campaigns. We felt the company had a lot of growth potential and it felt like the time to transition. I made the decision to pursue politics as my passion and stay involved as a volunteer.

If Hillary called and asked you to work on her presidential campaign, would you do it?
I would certainly help her as a friend, believer, and volunteer!

The New York fashion community is curious to see how involved de Blasio will be. Have you had any discussions on his thoughts on fashion week and the CFDA?
We haven’t had any specific conversation, but we have spoken generally about the role of the fashion industry in New York and what it means to the economy and the jobs in the city. He’s certainly interested and excited to learn more. We haven’t had a chance yet to have all those meetings, but he’s certainly aware, interested and excited to work with the fashion community.

How would you describe his style?
He’s casual, but I’m excited to introduce him to more of the fashion world!

What are you going to wear on New Year’s Eve for the official swearing-in at midnight?
I don’t know yet!

You better get on that!
I know!

Best of The Daily: V Is For Victory! With Stephen Gan