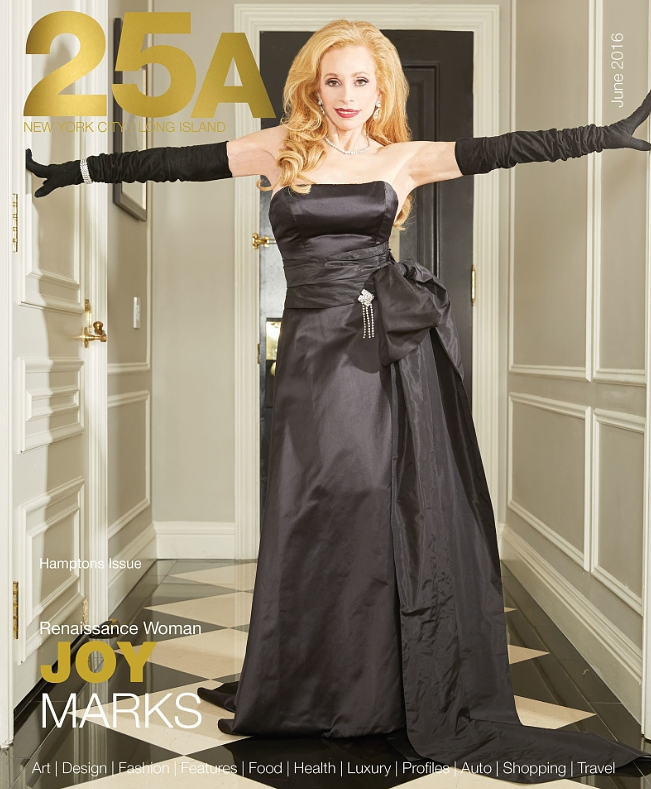 Some days our e-mail inbox has a delivery of such splendor and gold that we can’t help but share the joy with our dear readers. Today is one of those days, with the release of the breaking news of the late June party to celebrate social bee Joy Marks’ cover of something called 25A magazine. We’ll let this detailed press release, which we’re posting word-for-word, do all the talking. Brilliant!

“NEW YORK, July 27, 2016 /PRNewswire/ — 25A Magazine hosted a cover party for Joy Marks, The Cover Girl on the June 2016 issue, at Beautique in midtown Manhattan recently. 150 guests partied at a red carpet photo session with Cover Girl Joy Marks and then proceeded down the stairs, through the back kitchen, and into a glittering nightclub. It was reminiscent of a 1920’s speakeasy. A band played as guests enjoyed a buffet dinner and drinks. A magnificent cake designed by Joy Marks with sparklers was brought out as 25A Publisher Chase Backer introduced Cover Girl Joy Marks. Joy Marks was wearing a blue gown reminiscent of Rita Hayworth in the movie “Gilda” as the band played “Cake by the Ocean.” The crowd erupted in applause as the Cover Girl sparked the crowd to join on the dance floor and a great time was had by all.

Joy Marks, named Renaissance Woman for the June issue of 25A, graces the cover in a black Maggie Norris Couture creation reminiscent of the gown worn by Rita Hayworth in the movie Gilda.  Joy Marks is the quintessential New Yorker, style icon, philanthropist/socialite, entrepreneur, health care professional and former model who embodies the look of Old Hollywood Glamour in the forties and fifties. She wears Maggie Norris Couture designs throughout in this photo shoot for 25A Magazine, accessorized with Harry Winston and Van Cleef and Arpels jewels and Christian Louboutin shoes.

A head-turning femme fatale, Joy Marks gives her parents credit for much of her success in life. Her mother was a Broadway star, professional singer and dancer and also majored in English, while her father was a well-known and successful restaurateur.  Her parents created an atmosphere which helped to bring her many passions to fruition. Dancing and singing lessons were a daily part of her extracurricular activities as well as elocution lessons as she was to be the next Shirley Temple! At the early age of four, Joy won her first beauty pageant and continued in pageantry and also acting.  On the flip side, Joy dreamed of a career in medicine and has advanced degrees in Nursing, Public Health, Psychology and Business.  While in college Joy did an internship at Restaurant Associates which piqued her interest in desserts and especially beautifully decorated cakes and pastries.  She later did an internship with Bank Leumi which gave her great insight into investment banking and entrepreneurial ventures. While in training for nursing and after six weeks of special training at New York Eye and Ear Infirmary, Joy was chosen by Dr. Jorge Buxton, who was the pioneer of the corneal transplant, to be on his team. It was an honor.

Joy is involved with many philanthropic causes, she is most known in the Hamptons and New York, Newport, and Palm Beach for her exquisite evening gowns and elaborate headpieces worn to the most elegant parties and charity events.  She is now the exclusive ambassador for Maggie Norris Couture who designed all of Joy’s evening gowns for the 25A Magazine shoot. Maggie Norris not only designed all the exquisite couture but created the looks for the perfect Rita Hayworth hair and make-up, Joy’s fashion icon!

Tune in soon to read Joy’s next endeavor in her new book, “The Joy Stories,” coming out this fall.”

You bet we will! 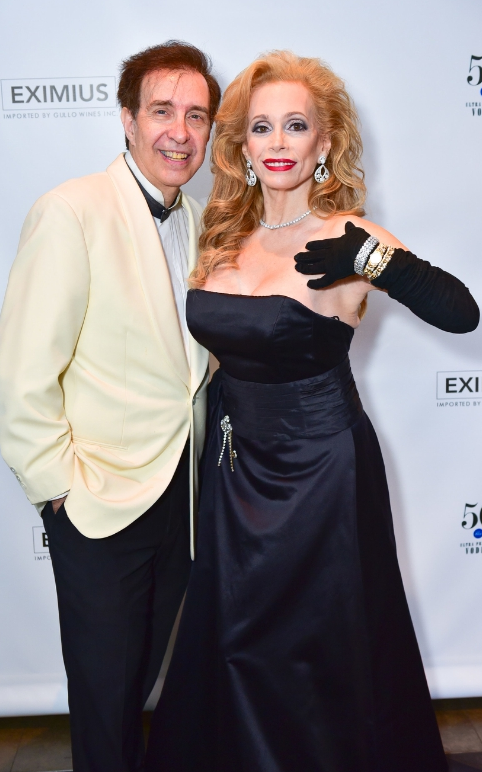