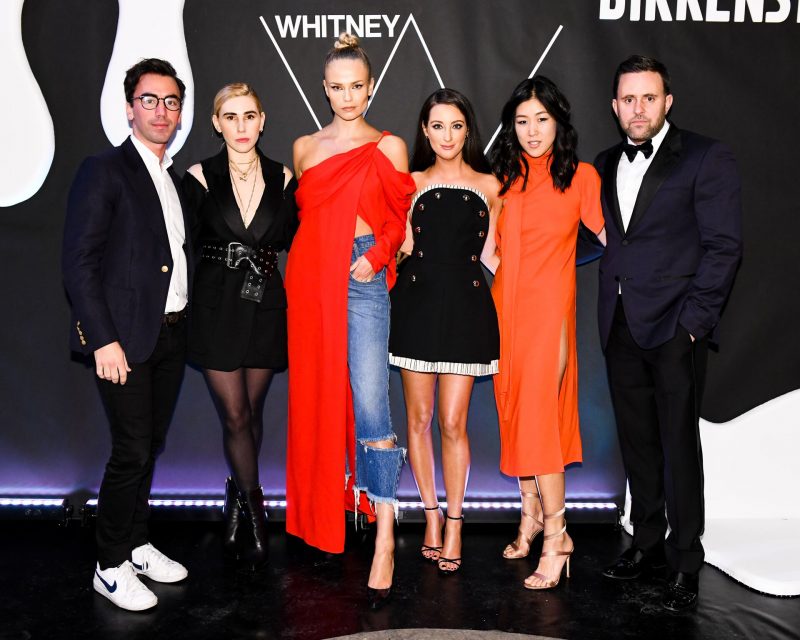 If you’re looking for a fun night out on the town in NYC, you can always count on The Whitney’s annual Art Party to come out with a chic bang! The art and fashion worlds united at last night’s star-studded bash, which was co-hosted by Monse designers Fernando Garcia and Laura Kim, stylist Michaela Erlanger (who wore Cristina Ottaviano), Natasha Poly, and Zosia Mamet, and attracted notables including Ashley Graham, Nina Dobrev, Victor Cruz, and Young Paris. The musician wore a custom Rubin Singer jacket and performed three songs at a private dinner earlier in the eve. (His mom even attended and made sure to cheer him on.)

Following the candle-lit dinner, which was hosted by Graham and artist Raúl de Nieves, guests headed down to the lobby from the third floor where dancing and lots of Instagramming took place. Sponsored in partnership with Birkenstock, the event also featured cocktails and bites, performers dancing on swings, and of course, a slew of gorgeous outfits worn by some of New York’s most gorgeous. From Hilary Rhoda to Graham, both of whom wore Markarian, there was no shortage of sequins! Others who donned swoonworthy outfits included Cristina Ottaviano, Rubin Singer, Samantha Angelo, Alyson Cafiero, Steven Beltrani, Gretchen Maull, Kate Krone, Timo Weiland, Michelle Smith, Mia Moretti, Zoe Buckman, Roopal Patel, Wes Gordon, Sarika Rastogi, Chelsea Leyland, and Danita Short.  Of course, the Whitney Contemporaries co-chairs Flora Irving, Joey Lico, and Patrick McGregor, were also holding court. Art Party proceeds benefited the Whitney’s Independent Study Program and other education initiatives.