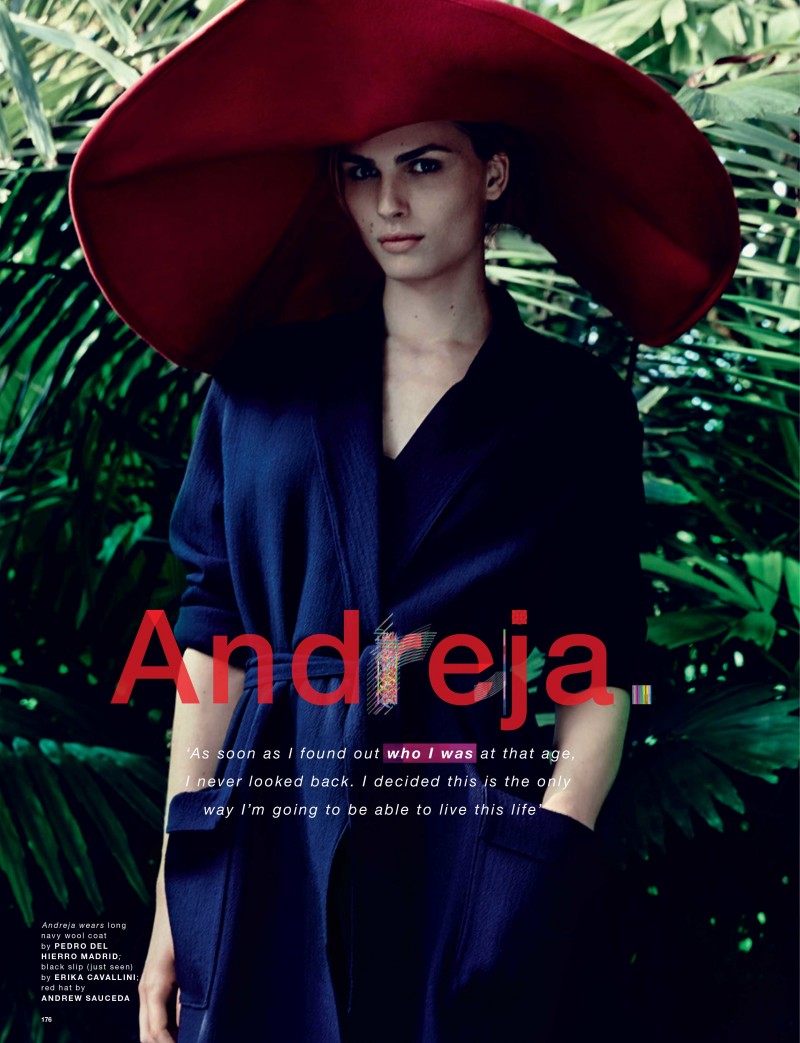 Andreja Pejic is still on fire. The model appears in a four-page feature in Love Magazine’s “Love 14 The Talent’s Autumn/Winter 2015” issue. The spreads were shot by Solve Sundsbo in London and styled by editor in chief Katie Grand. Jack Sunnucks interviewed Andreja about the power and meaning behind opening a magazine and seeing yourself.

“I wasn’t interested in becoming known, because I didn’t want the whole world to know me as a boy,” Andreja told Sunnucks. “‘As soon as I found out who I was at that age, I never looked back,” she continued. “I decided this is the only way I’m going to be able to live this life.”

Andreja was the first transgender model to be profiled in Vogue and the first to land a cosmetic campaign, with Make Up For Ever. Landing a beauty contract “shows that you’ve got a lot of commercial viability and can sell a mainstream product,” she said. The mod also recently made an appearance onstage at Taylor Swift’s 1989 Tour, andwalked for Giles in London. Joe McKenna selected her as one of “Eleven Women Who Define What’s Beautiful Now” in T magazine.

As for the rumor that Andreja is going to star in Sofia Coppola’s The Little Mermaid, she told Sunnucks she’s flattered, but it isn’t true. “I did get an audition, but I just didn’t fit the cast,” she said. “I had two really big auditions last year and I didn’t feel as prepared as I could have been. But it inspired me to take acting classes.” Is an acting career next for the model? Based on her impressive track record, we wouldn’t be too surprised.