Amy Odell Knows Why Your Digital Media Brand Is Failing 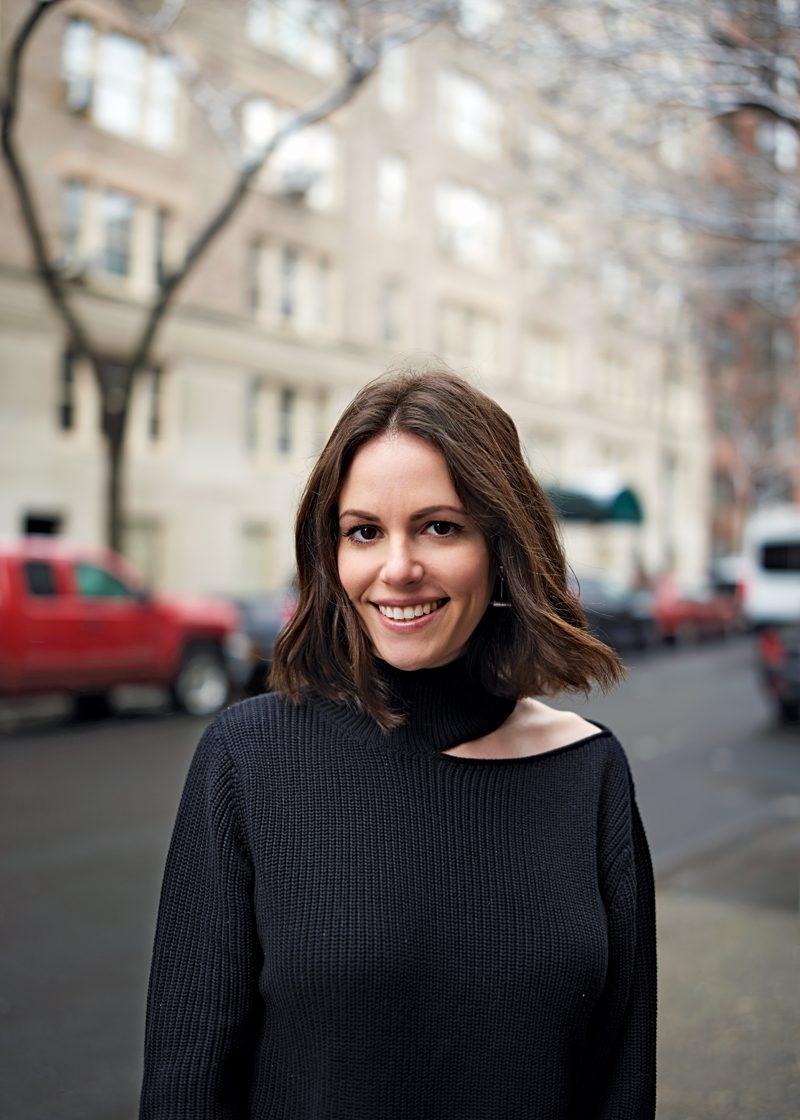 For the past decade, Amy Odell has been fashion media’s most prominent digital savant, growing brands like The Cut, Buzzfeed, and Cosmopolitan.com into bona fide forces of nature. Now a free agent, she’s primed to pursue her own big idea — but first, we asked her to share her insights.

What were your big accomplishments at Cosmopolitan.com?
We made the brand relevant, not only on the Internet but also to its audience. We grew the audience tremendously, but the bigger impact we had is that we treated young women like the smart people they are. We had some of the best writers, reporters, and essayists in the business writing for us about issues of importance.

Your uniques were the envy of the industry.
When I left, we were at 30 to 36 million uniques every single month. But everyone’s distributing their content in so many different channels. Cosmo is incredibly strong on its website, but also on Facebook, on Snapchat—we reach another 25 to 30 million people a month. We had 13 million subscribers; we had over 10 million Facebook followers. When I started, it was a fraction of that. To be a successful media brand, you have to be diverse in the way you’re distributing your content. Reducing your brand story to uniques, even though I know that happens in the marketplace, is so old-fashioned, and the industry has to find a way to move on from that. 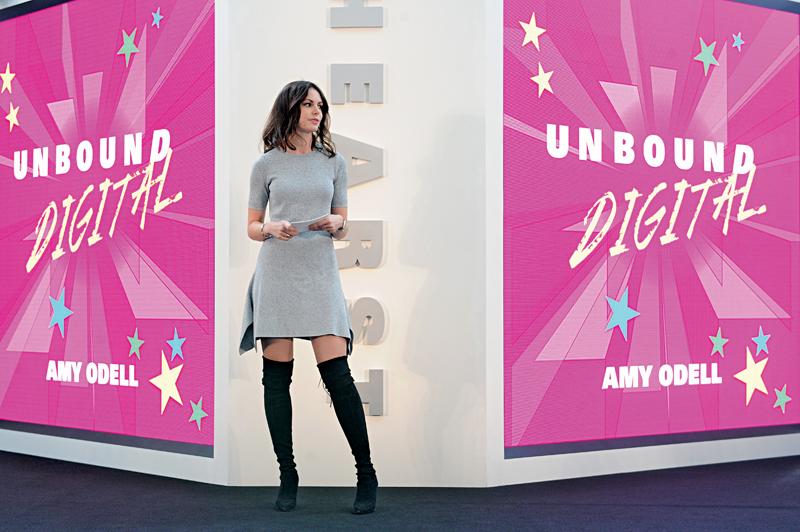 What were your bosses tasking you to do with the brand?
They wanted to grow it aggressively, which we did really quickly by changing the voice and giving women things they wanted to read. Toward the end of my time at Cosmo, I was noticing that the things that were performing well weren’t so simple as something about Kim Kardashian’s latest selfie. We had to do really great original content, whether it was an  amazing essay or a highly reported story. There’s so much competition, and Facebook has altered its news feed, so it’s harder to reach people there—the only chance you have of servicing is to offer something original and really good. Last year was such a hard one in our industry, and the way forward is going to be excellent, original content that will rise to the top. Everyone else will fall to the bottom. People think that young women want to read this simpering garbage, and they actually don’t. I don’t have to tell you that. What do you want to read?

Not usually simpering garbage! But I do want to read about sex. How did the sex component of the brand figure into what you were doing?
Sex and relationships are huge because it’s Cosmo, and that is the brand’s DNA, and that’s what really helped Helen Gurley Brown make it successful. She talked about things that nobody else was talking about. When I started, we made the sex content funny. We hired really hilarious writers to go off about millennial sex and relationships all day long. Their stuff performed so well because everybody wants to read about sex, and people share things that are funny. It’s not easy to be truly funny, and I’m really picky about that. The whole time I was there, I was really fussy about the writers I hired and the voice across all channels. That’s what really helped us—people felt like they could relate to us. “OMG, Gigi Hadid rocked a white T-shirt”—that was the opposite of what we were trying to do.

How do brands really make money digitally?
Direct sales, programmatic advertising, selling things to people, so e-commerce. If you can get people to pay for your content, sell your content! I could be wrong about this, but I feel like the brands that will have the strongest position are those for whose content you’ll be willing to pay. 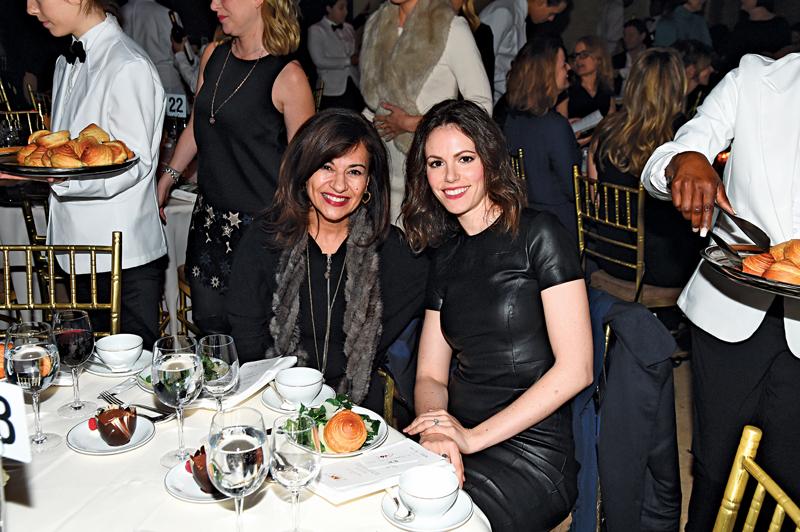 Are millennials getting comfortable with that?
It’s hard to get millennials to pay for content, because they’ve always gotten their music for free, they stream any show they want for free, they will find a way to get anything they want for free. Think about what you pay for—I pay for The New York Times; a lot of people pay for The Skimm. Those brands offer great, original content, and their paid offerings aren’t just verticals—they create audio, and a lot of different things. That opportunity is available, but probably because [some media brands] are so obsessed with their uniques, they’re trepidatious. I think they’re also afraid of moving away from “the machine”—if you’re covering the State of the Union, for example, feeling like you need to post 20 things that night, and 10 things the next morning, just to keep your machine going. How many of those things are providing true value to your reader?

Is print tenable in any way?
A lot of people still read print—look at newsstand sales. Look at Vogue—I think the print property is so meaningful, because you’re shooting Serena Williams, and everyone wants to see that. It also makes sense online. If you’re investing in this print thing, what are you investing in? Are you investing in amazing features that will also do well online? Are you using it to get celebrities to do things for you online that they wouldn’t do without a print placement? The mistake that a lot of people are probably making is not thinking about the print magazine as being at the service of every other part of the brand. When it’s not the most-consumed part of any brand, that doesn’t make any sense. Probably you’ll see more integration between print and digital at the legacy media companies. I can’t imagine why they wouldn’t do that; why have two separate teams?

But the Hearst model is very separate…
I think they had to do that to give the sites the freedom they needed to grow and flourish. 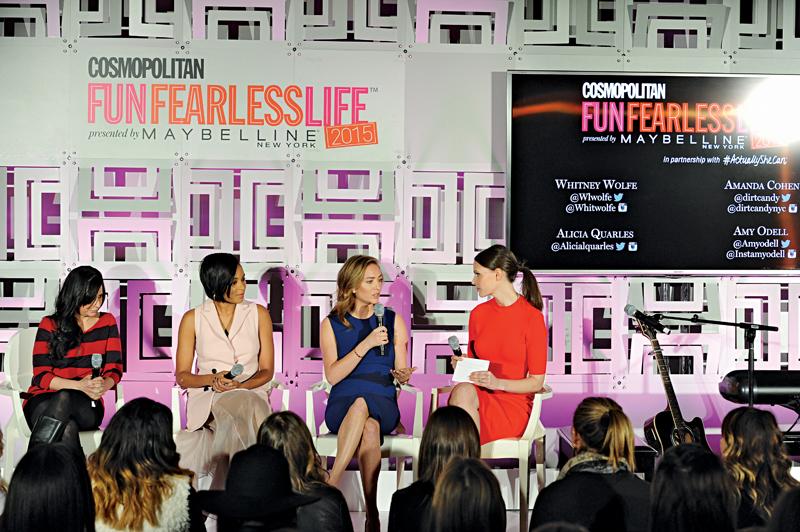 Give me your best insights about millennials and how they consume media.
Millennials are very self-focused. They want to know about things that will affect their lives day-to-day, and if you’re not telling them how to live their life, they want something they can relate to. If they share on Facebook or text it to a friend, it says something about who they are. It’s such an exciting time to be a women’s brand in particular because there are so many things going on—the Harvey Weinstein story came out, the #MeToo movement, sexual harassment stories, and the upcoming midterm elections. You’ll see that millennial women will be really engaged in politics during this midterm year more than any other midterm year in decades. They don’t want to be 50 and be saddled with this debt from the tax bill, for example. Some of the most-shared stories on Cosmo before I left were about the tax plan being terrible. That would not have been the case when I started.

Why did you leave Cosmo?
Because I felt like I conquered it, and I’m really proud of the work I did there, and I’m ready for my next challenge. I want to find ways to learn new things.

So what’s next for you? Another book?
I’ll write another nonfiction book, and I’m pursuing a big idea. I never would have been able to do it at Cosmo, because Cosmo had 150 percent of my effort and attention.

The pace of media these days is leading to a lot of burnout. How did you try to protect your team from feeling creatively depleted?
I checked in with people all the time, and I tried to make sure that when they were on vacation, they were on vacation. I tried to encourage people to find time to do things that weren’t so news-focused—to take time to write a feature, or go to L.A. and interview someone. You have to break up the days so nobody feels like a robot. You don’t want people to lose their drive.

What about you? What was your strategy?
Managing a digital newsroom is difficult, because you have to manage the content and the people equally well. When I took vacation, I tried to stay off my phone, and I didn’t check e-mail. I tried not to do anything too intense on the weekend. And I had really clear priorities for myself. It’s easy, especially at a big company, to get distracted. Someone over here wants this from you; someone over there wants that—you have to remind yourself of the things you’ve set out to do this year, or this quarter. Does this help me achieve those goals, or is it a distraction? This is where a lot of digital properties get into trouble—they have a lot of priorities. Imagine having 15 priorities, versus two—are you going to do all 15 well, or are you going to do two well? Two.

Which fashion brands do you think are doing things right, digitally?
I like Vetements—I think they’re genius, especially on Instagram. I love their visuals—I’m sure everybody does—and they have such a singular vision.

Tell us something we don’t know about you!
People are shocked that I like to cook. I can cook from recipes, I can improvise…my specialty is ice cream. Everyone thinks that people who work in fashion don’t eat and cook; I eat and cook!

Erin Wasson Just Can’t With This New Generation of Models