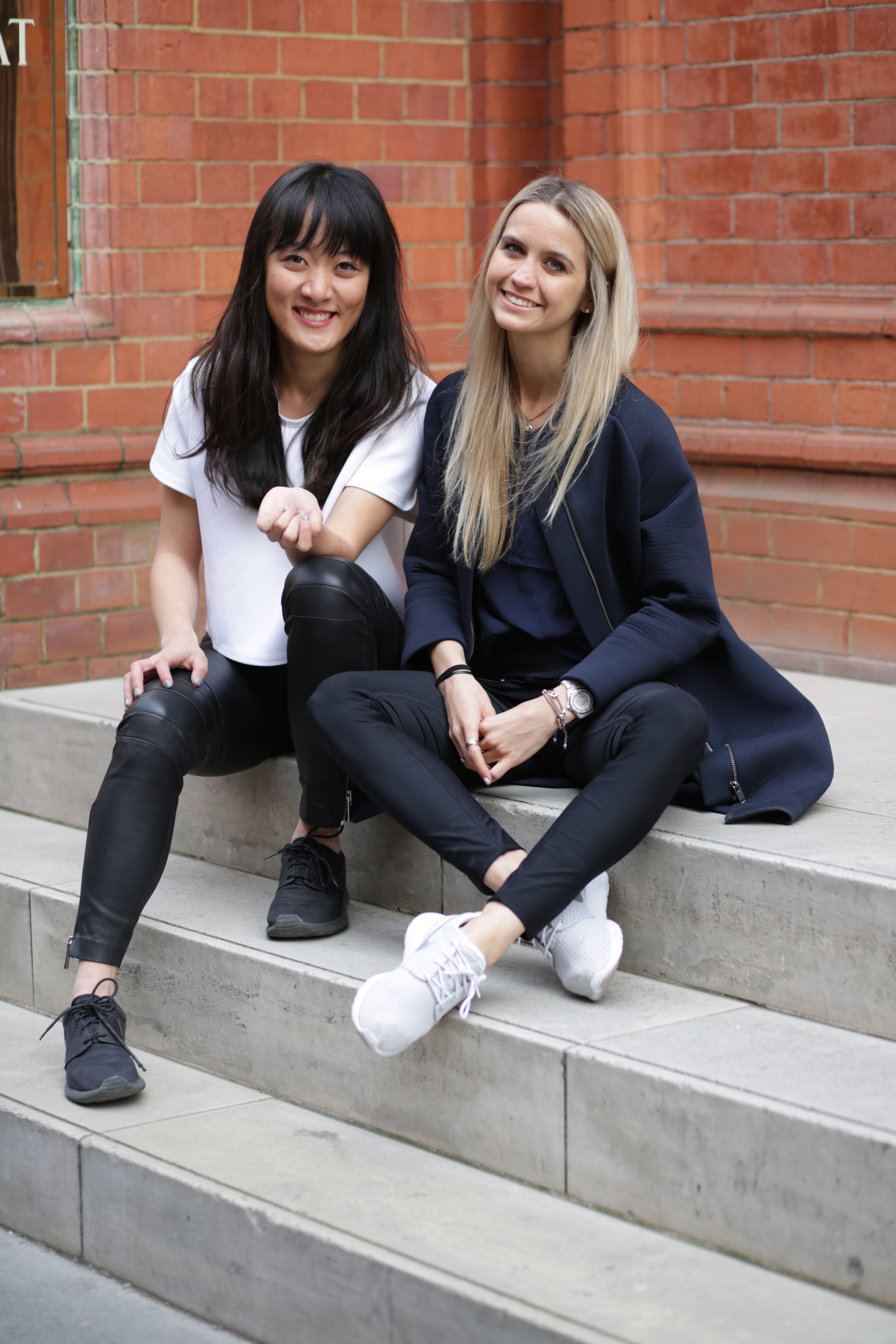 Former Goldman Sachs investment bankers Nina Faulhaber and Meg He recently created ADAY, a new activewear brand meant to be worn to the office…and to the gym. As busy working women, Faulhaber and He were fed up with having to tote around their gym bags and constantly change from workwear to workout wear. The duo left their corporate careers and founded ADAY, the London-based activewear brand, a year ago. The line consists of leggings, shorts, pants, and tops that double as chic day wear, so you can go directly from your desk to the treadmill. “We wanted to create a line that could keep up with the modern woman and the beautiful chaos of everyday life,” said He.

To create the line, Faulhaber and He tapped designer Charli Cohen; they found her on Instagram. “We had also seen her in the press and we admired her fabulous aesthetic and her own Charli Cohen brand,” He and Faulhaber told The Daily. “She is a self-made young woman who started her first business in fashion whilst still in high school. She became our first (and only) fashion designer after just two meetings together and she has been core to the whole creation of the ADAY brand and aesthetic. She spends about 20 percent of her time with us, now as fashion creative director, guiding the design team on our Design Mondays; the rest of the time, she runs her own line, Charli Cohen.”

Next, they hired Kelsey Pearson, their head of production, who was formerly with Everlane. “We started working with Kelsey initially on a freelance basis when she helped us manage our first L.A. factory, but we eventually convinced her to abandon her consulting business and offered her a full-time role because she was so amazing,” said He and Faulhaber. “She not only studied at Stanford and FIDM, but also was a four time track champion in Washington. She then worked for us from L.A. for a few months, and in January we finally got her a U.K. visa and she moved to London for us with her husband and her dog Lola.”

But how did two former Goldman bankers get a foot in the door at apparel factories? Sheer determination. He and Faulhaber called a factory in Portugal multiple times; after being ignored, they finally flew to the factory, arrived in person, presented their business plan, and made it happen. The factory now produces ADAY, and is also known for manufacturing for Balenciaga, Alexander Wang, Victoria Beckham, and Michael Kors. (Fun fact: It’s also the same factory where Michael Phelps‘ Olympic swimsuit was manufactured.)

He and Faulhaber have also lured a roster of impressive investors pre-launch, including Aileen Lee of Cowboy Ventures, The Kooples’ founding partner Nicolas Santi-Weil, Bare Escentuals’ executive chairman Leslie Blodgett, and Venrex, an investment fund that has also supported Orlebar Brown and Charlotte Tilbury. Last week at a presentation in Soho, editors and bloggers alike were anxious to know when they would be able to get their hands on the pieces. The line launches May 27th at ThisIsAday.com, but pre-registration to shop the collection early is happening right now. Plus! If you sign up today, you’ll be registered to win a free trip to London. And while you’re at it, be sure and check out ADAY’s mini travel guide, Wander, which recommends the best health food and workout spots in both London and New York, with more cities to come.

The Kooples Launches E-Comm in the U.S.