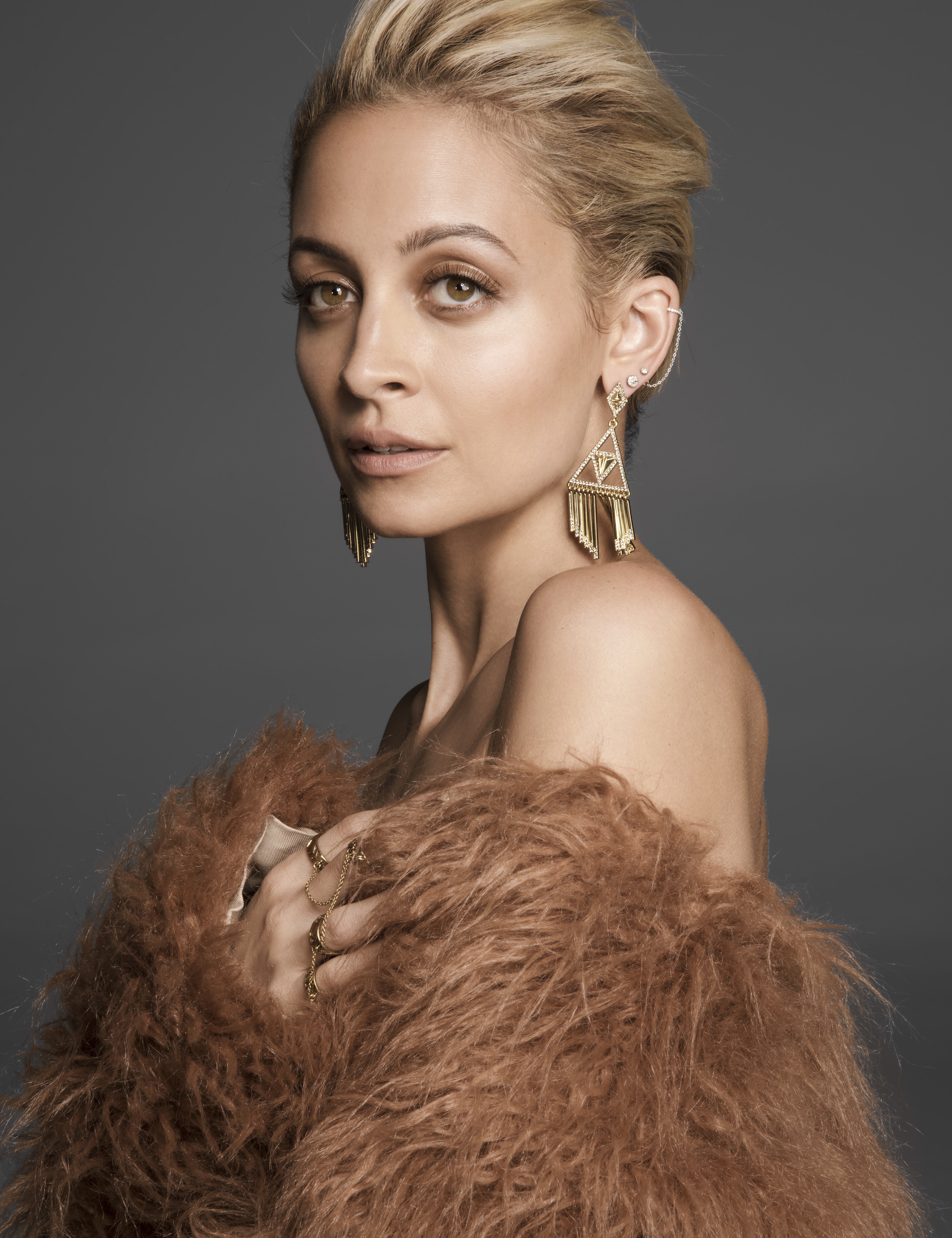 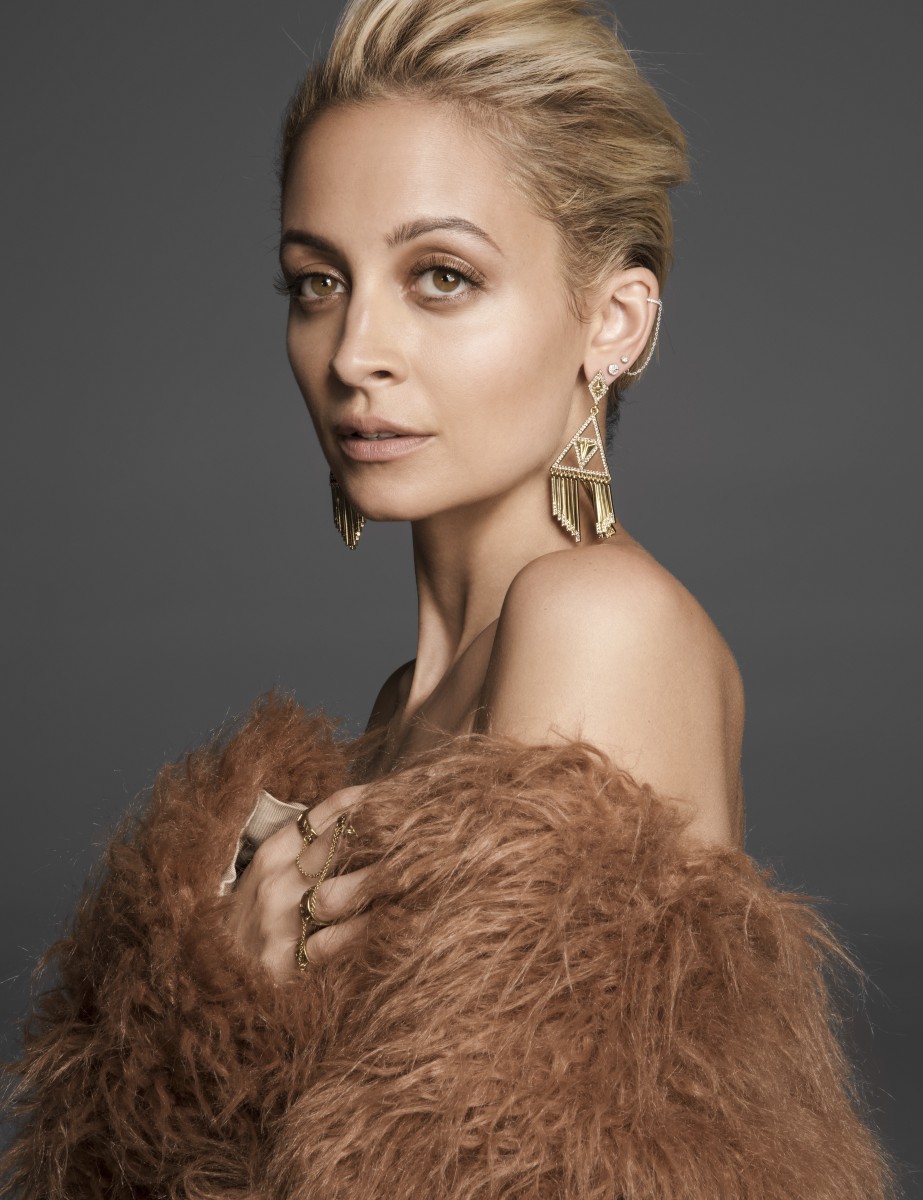 Okay, it isn’t exactly an “award,” per se, but Nicole Richie’s podium prowess is a force of nature. As one of the original tastemakers behind Los Angeles’ style renaissance, this hometown icon both wears fashion and designs it with gusto. The style maven and House of Harlow designer explains the city’s eternal appeal.

You’re behind one of the major fashion brands that has made L.A. such a style capital. How have you seen it evolve over your career?
It’s funny—you’re hearing more and more people talk about how much they love L.A., and I kind of sit in the background, thinking to myself, Well, I’ve told you this from the beginning. I feel like the old grandma on 227 who has known this all along. I personally love L.A. I love the space, I love that there’s green around me.… L.A is so spread out that you can have different versions of it. I work downtown a lot, so that’s a part of my life, but I live in the hills, so I get to hike and be out of it in the mornings. There are so many different parts about L.A. The weather’s nice, the food is good, and for me, it’s an overall inspiring place.

Any favorite spots?
I love driving down Mulholland and listening to the same song 30 times in a row. For me, that’s kind of like a meditation. There’s nobody on the road, and you’re kind of out of it. I can roam the streets and do the turns and take myself out of reality for a minute. There are so many beautiful parts of L.A. I love the hills, and I personally love the valley, which a lot of people aren’t on board with. But I’m telling you, it’s the jam.

What’s happening at House of Harlow?
We moved into tech! We did a partnership with Best Buy on phone cases. We’re still doing jewelry, and I have another exciting collaboration coming up in the apparel space.

How do you divide your time among all the different things you’re working on?
House of Harlow is where I spend most of my days. That’s what I’m doing consistently every single day, because the calendar doesn’t stop. That’s where I’m putting most of my everyday focus, and then I sprinkle in other things whenever I can.

How do you hope to grow the business?
Ultimately, I imagine it as a lifestyle brand, so I’d love to move into home and kids. For me, House of Harlow is really a place where I can celebrate being an individual, and share my love for the ’60s and the ’70s, and the freedom of that time, as well as the music and movement. It gets me really excited.

Is there a particular woman in mind when you’re designing the collections?
I try not to pigeonhole it to a specific girl, but I would imagine that the House of Harlow girl is well-traveled, she’s a free spirit, she likes to celebrate life and have fun and not pay attention to the rules and what she’s told to do—not necessarily meaning that she’s a rebel, but she’s comfortable in who she is.

You’re really vocal about your friendships. How are they important to you in your work life?
Because I did grow up in L.A., most of my friends have been my friends since we were 2 years old, or 10, or we met when we were teenagers. I have this group of friends that has been in my life for a very long time, and we’ve gone and done different things in our lives. Some of my friends are in entertainment; some are not necessarily directly in the entertainment industry but do things on the outside that are on some level linked to it. Katherine Power is a perfect example. She runs Who What Wear. We don’t do the same thing, but her business helps me, and it’s really important that I understand the business of social media and being online. It’s really nice, because I have these people who are very safe people to me that I can turn to and talk to about different areas of my business, and they do the same for me. That’s really important, especially in a business like this, because there are so many different ways to go about creating your own brand. Which is awesome, by the way, that there’s not one way to do it anymore. There’s no locked-in formula. It’s definitely really nice to have people I can sit and bounce ideas off of, and feel that they have my best interests at heart.

Jennifer Meyer is winning our Jewelry Designer of the Year award. How did you two meet?
I’ve known her since…I can’t even remember. Our parents are friends, and we kind of grew up together. I’ve been wearing her jewelry for years. We’ve had many stages of friendship, and we became moms around the same time, that developed to a new level. I love her. And I love her as a jewelry designer—she has a deep-rooted aesthetic, and it’s really true to who she is. That’s something I really, really respect. I’m very proud of her.

You’re very funny, as anyone who’s seen you on TV can attest. Who or what makes you laugh?
I love to laugh. I love crying from laughter, every single day. It definitely happens to me at least once a day. I definitely find things funny that other people don’t. I find my friends really funny. For me, I love being around my girlfriends. I love when they make fun of me, and we make fun of each other. Weirdly, when I watch TV, I like dramas. I don’t watch a lot of comedy TV shows. But as far as movies, I’ll watch Tina Fey or Amy Poehler at any moment.

How is social media useful to you?
Social media is a great way to promote whatever you need to go out there and promote. If it’s used the right way, I can use it as a platform to show my inspirations, what’s exciting me, what projects I’m working on.… It’s definitely a good way to take back your voice, and not rely on other people to say what you’re about. I’m new to Snapchat, and it’s so fun. I like Snapchatting videos of my chickens and putting bows on their heads afterward. I don’t necessarily know if that’s doing anything for my business, but it’s doing something for me on a personal level.

You recently appeared on RuPaul’s Drag Race. How was it?
We shot it so long ago, and they are so top-secret that I almost forgot I even did it. It was so much fun. My hair and makeup teams were the ones who were like, “You have to go on this show—it’s so important.” When you’re on set, they give you a tour, and it’s like walking through a museum. There’s such an art to everything they do. It’s so cool to watch them transform themselves—I’m still learning to draw on my eyebrows!

Great interview with Nicole, big fan of her HOH1960 brand.