Tibi Gets Stony For Their Fall 2014 Ad Campaign 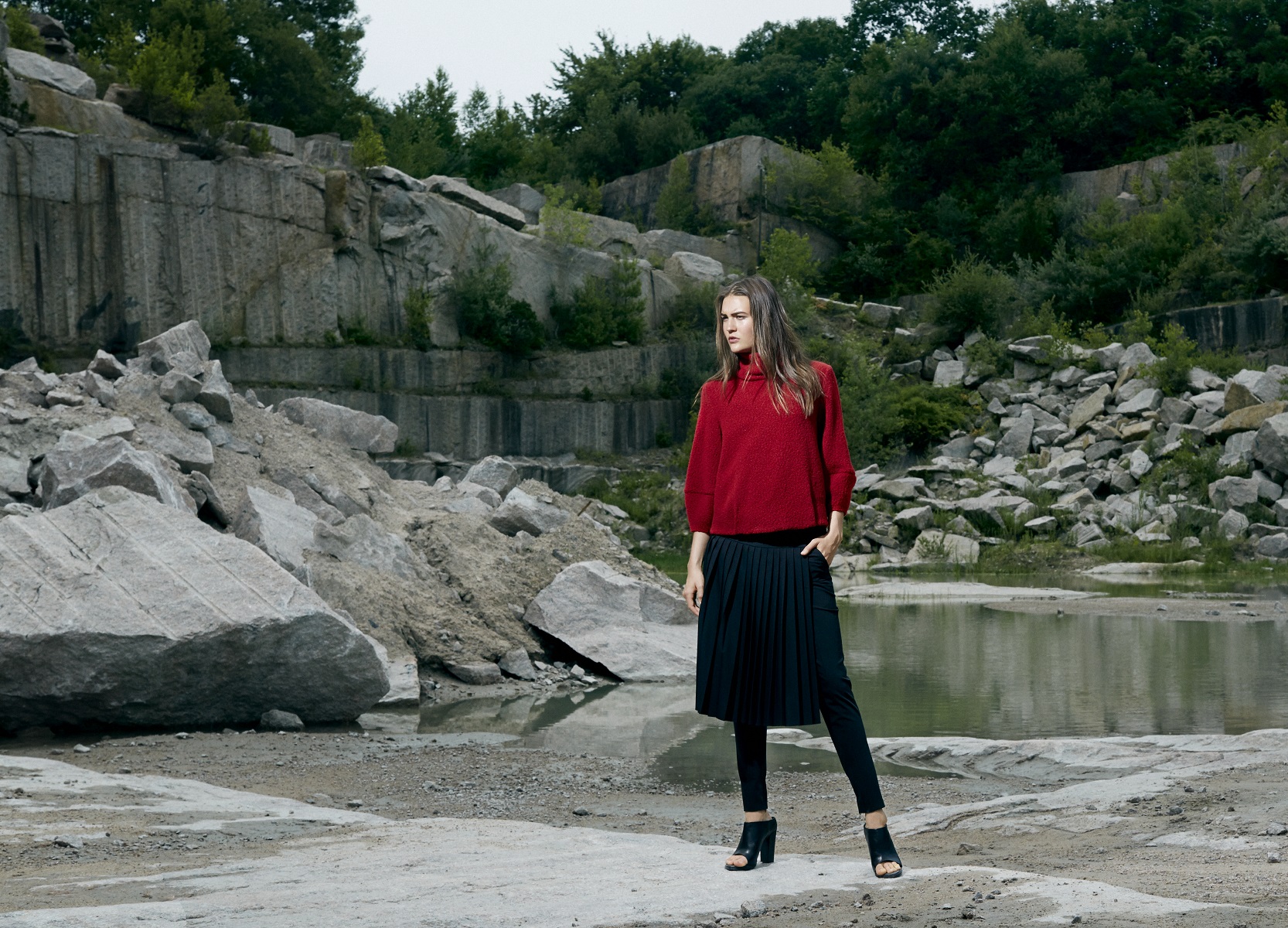 Tibi trekked to the country to shoot their Fall 2014 campaign, heading to Stony Creek Quarry in Branford, Connecticut. The Quarry’s claim to fame? The pedestal that the Statue of Liberty stands on originated from there, as did various slabs of marble found at Grand Central Station, the Brooklyn Bridge, and the Smithsonian Museum. Surrounded by jagged edges and shades of grey galore, which served as a parfait backdrop for fuzzy fur sweaters and subtly pleated skirts, the Fall threads were modeled by Maria Bradley and lensed by Reed Young. Other pieces to consider from the autumnal offerings include a leather skort, tailored gauchos, and plenty mules in various colors and fabrics. The feeling Tibi was going for, according to a statement, was ” the unlikely intersection of the pastoral and the urban,” which was perfectly executed, down to the mohair-covered boater caps. The label’s founder, Amy Smilovic, explained further: “I’d been looking around for natural settings for the shoot that would be nearby, and I came across Stoney Creek Quarry and knew upon visiting the site that it would be the perfect place to shoot the campaign. I was interested in its deep connection to the infrastructure and architecture of New York City which brought a unique, hand-made element to the campaign.” The end result? Photos that, well, rock.

How To Own A Little Piece of Betsey Johnson