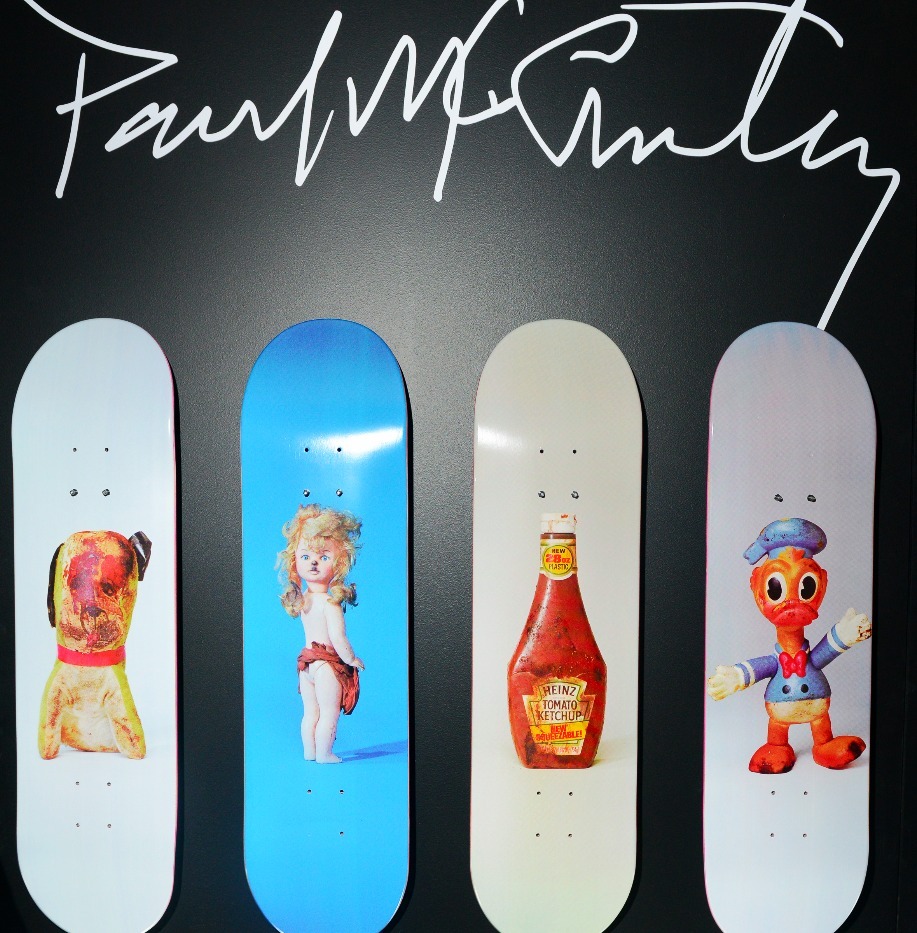 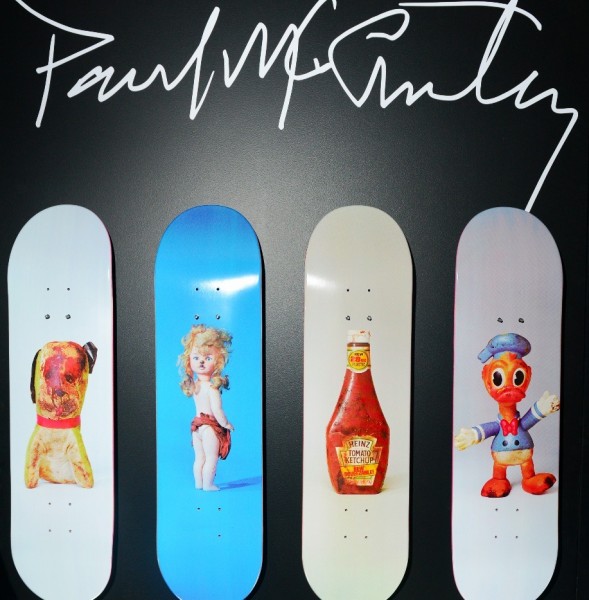 I grew up glued to a skateboard, sidewalk surfing from the Upper East Side to as far downtown as possible. So when I was invited to check out skate decks at MoMA that artist Paul McCarthy designed from his famous PROPO photographs, I Uber-ed immediately to the museum (my skatepunk days are behind me).  The art and chicster sets collided in MoMA’s lobby in a burst of plaids and sequins. Brendan Fallis DJ-ed while guests, including May Kwok, Dev Hynes, Sophia Lamar, Anthony Coppers, Genevieve Jones, Andrew Andrew, Nicholas Graham, Meredith Ostrom, Hanuk, Ondine de Rothschild, Di Mondo, Angelo Bianchi, Dalia Oberlander, Jeff Dorsman, sipped champagne and waiting for a big “reveal.” Then, poof! Tattooed model girls suddenly appeared in ribbed white tank tops and started opening enormous black cases with drawers displaying McCarthy’s PROPO Collection skate decks, all sold in limited editions.

Presented by The Skateroom (a global initiative inviting artists to interpret skate culture and empowering children through skateboarding and art) and The MoMA Design Store, the sale of the decks aims to entirely fund the building of Skateistan‘s first school in Africa, in central Johannesburg. The facility’s goal is to help vulnerable youth engage in educational and leadership opportunities, all through skateboarding. How rad.

I caught up with the evening’s charming host, Charles-Antoine Bodson of Skateroom… 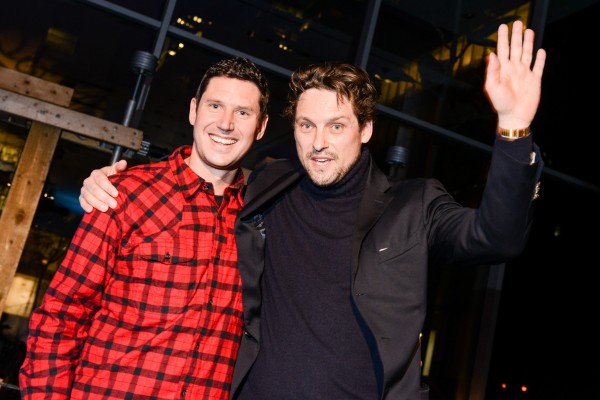 How did this cool Paul McCarthy collab come about?
A friend of Damon McCarthy bought our Ai Weiwei boards back in the day, and he kindly put us in contact with him. Damon was super enthusiastic about our project and it was thanks to him that we were able to do a collaboration together with Paul. I had always been a great fan of Paul’s work, so I was like a kid in a candy shop when I got the news. We went to visit the McCarthys in Los Angeles in May and started discussing what we could do. It took some time to finalize, but the end result was definitely worth the wait!

Does Paul McCarthy skate?
Damon was an avid skater as a kid and Paul even built a ramp in their backyard so Damon could skate there with his friends.

What was it like to work with the living art icon that is Paul McCarthy?
Every part was the best, literally. When we went to visit them, they kindly showed us their amazing workspace and warehouse where all Paul’s artworks were being held. Both Paul and Damon were as excited as we were about the project, so everything went smoothly, and it was an absolute pleasure to work with them. And it goes without saying that seeing the result of nine months of hard work end up at a huge party at the MoMA was the cherry on the top.

The Daily Roundup: Rihanna To Release A Documentary, JPG Does Tea