The Baldwins, Bachelorette Parties, And More! With Amsale Aberra 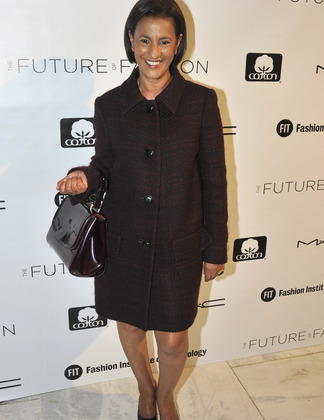 What was it like working with Hilaria?
I miss them so much. I want that wedding to happen over and over and over again. But with the same guy, obviously.

What was Alec like?
He was also incredible and fun, very supportive and easy to work with.

Would you consider a belated bachelorette bash?
It’s about time for me to go, huh? That can be my next vacation!

Did you make your own wedding gown?
Yes, it took me three months. I was so determined to do it myself—from the pattern to the sewing, and I’m not a sewer. I wish I had used an amazing seamstress. She would have done it better and faster.

Where did you go on your honeymoon?
We went to Istanbul for a few days and then we went on a real honeymoon seven months later in Barbados!