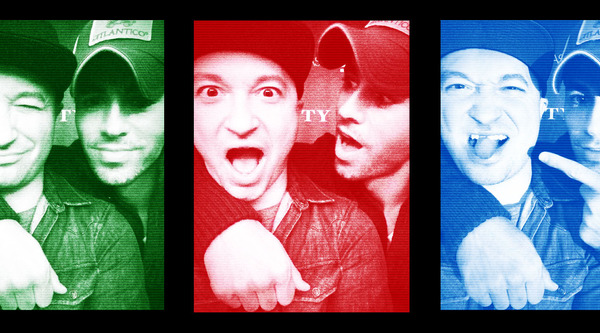 Guess what? Your Christmas gift’s here a few days early, darlings. By which we mean…a juicy pre-holiday installment of Sergio Kletnoy‘s life! Starring a bazillion tasks and scheduling antics for the boss, Cosmo‘s EIC Joanna Coles, and an Enrique Iglesias encounter. Enjoy!

You’d think things would slow down the week before Christmas, right? Not in the world of Sergio and a magical place called CosmoLand. JoCo’s to-do list went from barely manageable…to, “clone five of me or I won’t be able to make it”. The Boss tried to squeeze in one too many things during the work week, and yet somehow it all came together. This included twenty-two meetings, seven conference calls, five holiday lunches, four dinners, and one facial. There was also last-minute holiday gift shopping, as well as Christmas food orders from Tea & Sympathy and Myers of Keswick that no true Brit could be without. Lord help me if I have to hear about baby shepherd pies and quiches, mince pies, Cumberland sausages, and fairy cakes ever again!

Of course, I managed to devote some quality time to moi, and by quality, I mean basking in the spotlight of some amazing people…

First up, was a Gilt City member’s only event at Tenjune where, in front of 100 of Enrique Iglesias’ biggest fans, I got to interview The King of Latin Pop. I was sweating bullets sitting next to one of the hottest people on the face of the planet, so it’s a good thing I had a few shots of Atlantico Rum before he got there. Enrique couldn’t have been nicer, and I did remind him that ten years ago we met at a fan-only meet and greet in Times Square. And no, I’m not ashamed. We touched on many things: his fave singer (Bruce Springsteen), go-to song at karaoke (“It’s Raining Men”), his hidden talent (69-ing!) and his celebrity crush (Diane Lane). Of course I walked away having the biggest dude crush on Enrique. I heard he likes Russians, so Anna Kournikova better watch her back! Enrique’s tenth studio album will be out in March, until then you must watch his sizzling video for the first single “Heart Attack”.

Next in line was a Cinema Society & Brooks Brothers hosted screening of The Secret Life of Walter Mitty at the Celeste Bartos Theater inside MoMA, followed by an after-party at The Skylark. Once again, the people watching was as good as the film: Christine Taylor, Howard and Beth Stern, Colin Quinn, Google’s Eric Schmidt, Caroline Rhea, Jeff and Justine Koons, Bee Shaffer, Sante D’Orazio, Fern Mallis, Pat Cleveland, Tyson Ballou, Alex Lundqvist, Daniel Benedict, June Ambrose. This was all in addition to the director, star, and producer of the film Ben Stiller and his co-stars Joey Slotnick, Adrian Martinez, Paul Fitzgerald and Kristen Wiig. Once again, the cocktail courtesy of Qui Tequila was named after the main character of the film, the Walter Mitty, but I still feel like everyone in the room would much prefer The Sergio, right?

My last event of the week will be on Saturday: I’m finally seeing Sarah Jessica Parker,  one of my fave people in the world, in the off-Broadway play Commons of Pensacola. The play also co-stars Blythe Danner, you know, Goop’s real-life mom and Will Truman’s TV mom on Will & Grace. I’ll tell you all about it when I return after the holidays.

I’ll be back better than ever in 2014, until then follow me on Twitter at @SergioKletnoy and be sure to check out my final batch of fave new tunes for 2013.

OBSESSED:
“Who You Love” by John Mayer and Katy Perry

“The Monster” by Eminem and Rihanna

“Somewhere Only We Know” by Lily Allen

“Black Out Days” by Phantogram

“Holding Onto Heaven” by Foxes

A Chic Moment with Blythe Danner