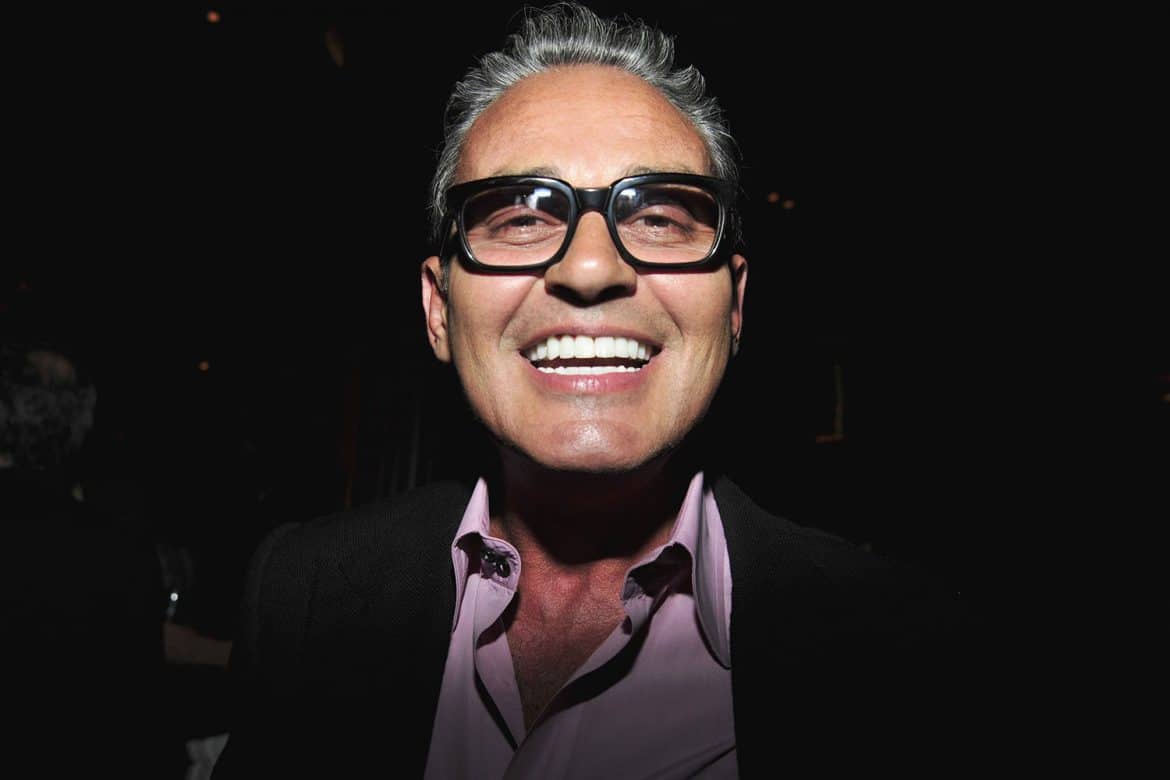 Technically it was more like half a week, but you get the idea.

I was in my mid-twenties when I met Oribe. It was on a job for Sunsilk in the mid 2000s. I was assisting the fashion stylist and Oribe was doing the hair. This was just before he launched his own product line and I think he was on contract with Sunsilk. I had no idea who he was, but my boss had apparently worked with him for years on various commercial jobs and said he was fabulous.

I don’t remember the exact moment I met him. I think my boss introduced us, but it’s possible that he just walked up to me and introduced himself. What I do remember is that he talked to me a lot on that job — more than I was used to at that stage in my career — and he was always smiling and joking around.

It was after our initial wardrobe run-through with the client that I first went to visit him in the hair and makeup room and watch him work. I was incredibly stressed out and I needed to decompress before I went out to do last-minute pulls. I sat in the room for maybe 20 minutes watching Oribe work with his assistant on the hair test for the three commercials we were set to start shooting the next day. I was a mess and I think he thought it was cute. He was joking around and dancing and having a great time.

He told me about working for Sunsilk back in his modeling days. Apparently, he was a complete nightmare. He wouldn’t get into the specifics, but I remember him cackling about the hell he put them through and saying how funny it was that he found himself working for them now. He was convinced that they didn’t know who he was and that if they ever put two and two together they would fire him again for sure, which tickled him to no end.

The next morning, he came into the wardrobe room where I was working and told me that the client hated the hero look they had approved only a few minutes earlier. He said they wanted to see new options right away and that my boss was on her way with the head of the agency. I started freaking out because, of course, I didn’t have any new options, and Oribe watched me spin out for a few seconds before he burst out laughing. He was just messing with me. I would have been mad, but he was smiling at me with that smile of his and I couldn’t help but smile back.

The next day, he came back to the wardrobe room again and told me one of the models had spilled coffee on the designer dress we had bought (and were planning to return) at Barneys and my boss needed me  right away. I grabbed the Wet Wipes and ran to set. When I got to my boss she asked me what was wrong and I told her what Oribe had said. She smirked and pointed in the direction from which I had just run. I turned around and saw Oribe nearly doubling over with laughter. Again, I couldn’t help but smile. He was like a kid. And, honestly, I’d never felt more included. Sure, he was teasing me, but at least he actually saw me. That wasn’t often the case when I was assisting and it made me feel special.

On our last day, my boss and I tried to trick him back, but it didn’t work. I think we tried to convince him that the client was upset about the hair for some reason, but he didn’t buy it. I think he said something like “nice try” and then flashed me that smile of his and winked.

I’ve thought about that job and Oribe often over the intervening years. I’ve worked on a lot of amazing sets with a lot of amazing artists since then, but that experience still stands out. Oribe was just so joyful and Puck-ish and he made me feel so special. Looking at all the tributes to him on Instagram these last couple of days, I guess he made a lot of people feel special. What a wonderful legacy to leave the world. He will certainly be missed.

Celine Spring 2019 Among the Most-Viewed Fashion Shows of 2018

8 Hair Serums and Oils For Shiny...