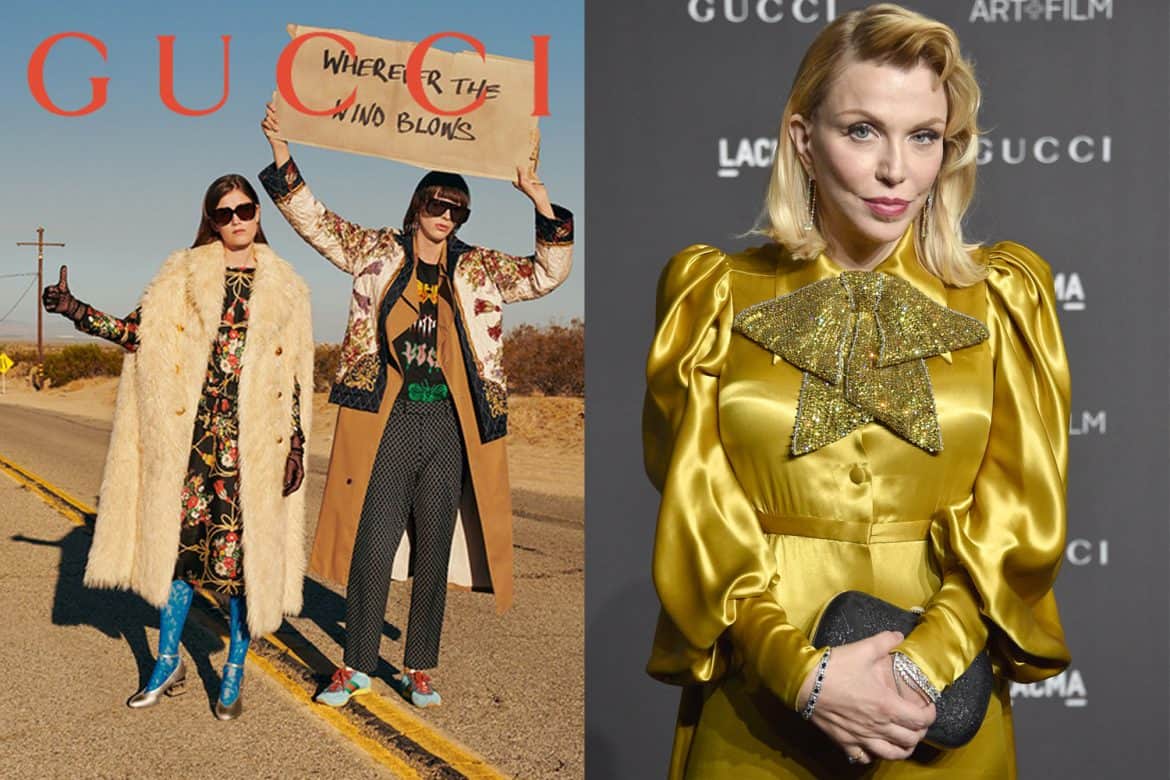 Gucci Is Going Carbon Neutral (Fast Company)
Yesterday, Gucci announced a plan to become completely carbon neutral throughout its entire supply chain. Building on the plan it set out in 2015 to reduce its carbon emissions, Gucci will offset its carbon emissions. The house is partnering with the Greenhouse Gas Protocol to measure emissions not only in its own factories and property, but also those created by its third-party suppliers. “The time for talking is over,” says Marco Bizzarri, CEO of Gucci. “At a certain point you need to act. As a brand, you can keep getting better and fine-tuning your processes—and we are more than happy to do that. But today is the moment to act.”

Gucci is now carbon neutral in our own operations and across the entire supply chain, accounting for all the Greenhouse Gas (GHG) emissions we generate. We are increasing our sustainability efforts to prevent, reduce and restore. And we are offsetting the remaining emissions and supporting the protection and restoration of critically important forests around the world. #GucciEquilibrium #ClimateChange

Courtney Love and Joss Sackler Are Still Fighting About Fashion Week (Page Six)
On Monday, Courtney Love revealed that LBV, a fashion brand co-owned by Joss Sackler, offered her $100,000 to attend their fashion show. LBV says it has no connection to Perdue Pharma — the company which produced OxyContin and is owned by the Sackler family — but that wasn’t enough for Love, who put the brand on blast. In the wake of the story, LBV fired back, saying Love actually asked for more money to attend. But Love claims she requested the money go to charity.

In a series of Instagram posts, Love lambasted Sackler. “I should have asked for 250 MILLION DOLLARS A DAY,” she wrote. “In hindsight, you were let off so easy… I have 0 issue with my naivety about your exact role as the evil witch, of the American opioid crises, I simply thought you were some dumb ass socialite with money to burn.. why not ask for a bunch for charity?… The reason I didn’t take your greasy , filthy money to donate joss is because there’s no way I could have stood to be near you or your ‘people.'” Get ’em, Courtney!

@josssackler fake news? You asshole! When your “people” imperiously told us that #sackler #purduepharma “supports addicts etc” ( exact quote the “ etc” was rich) and refused to show ANY receipt you ASSHOLE joss I asked for a stupid ass amount – 250,000$ to donate to charities , like musiccares, , if you want to show receipts I have them. Also? There’s confidentiality clauses on the one you just published but hey, you break the law every day that your family MURDERS 200 Americans . Also? I thought some old relative was the cause of the opioid crises not you , or your husband, and then? I looked into it. Got Nothing to hide you bitch . Your . People. Killed. My. People. Idiot. Missing the entire point. Come for me Sackler . With your PhD. I got no education. I ate gravel and frozen cockroaches for dessert, I was a junkie by the age of 12 and I’ll be dammed I beat your fucking drug for now.. coz I’m stupid and tough . Come on.

The New York Fashion Community Celebrates the Life of Oribe
Earlier this week, friends, family, and members of the fashion industry came together to remember hairstylist Oribe Canales, who passed away in December. Christy Turlington Burns, Carlyne Cerf de Dudzeele, and more were on-hand to share memories, while Naomi Campbell, Jennifer Lopez, and Marc Jacobs appeared in video tributes. The ceremony ended with a performance of “You Are My Sunshine” by Miley Cyrus, and a champagne reception hosted by Turlington, Stephanie Seymour Brant, and Veronica Webb. 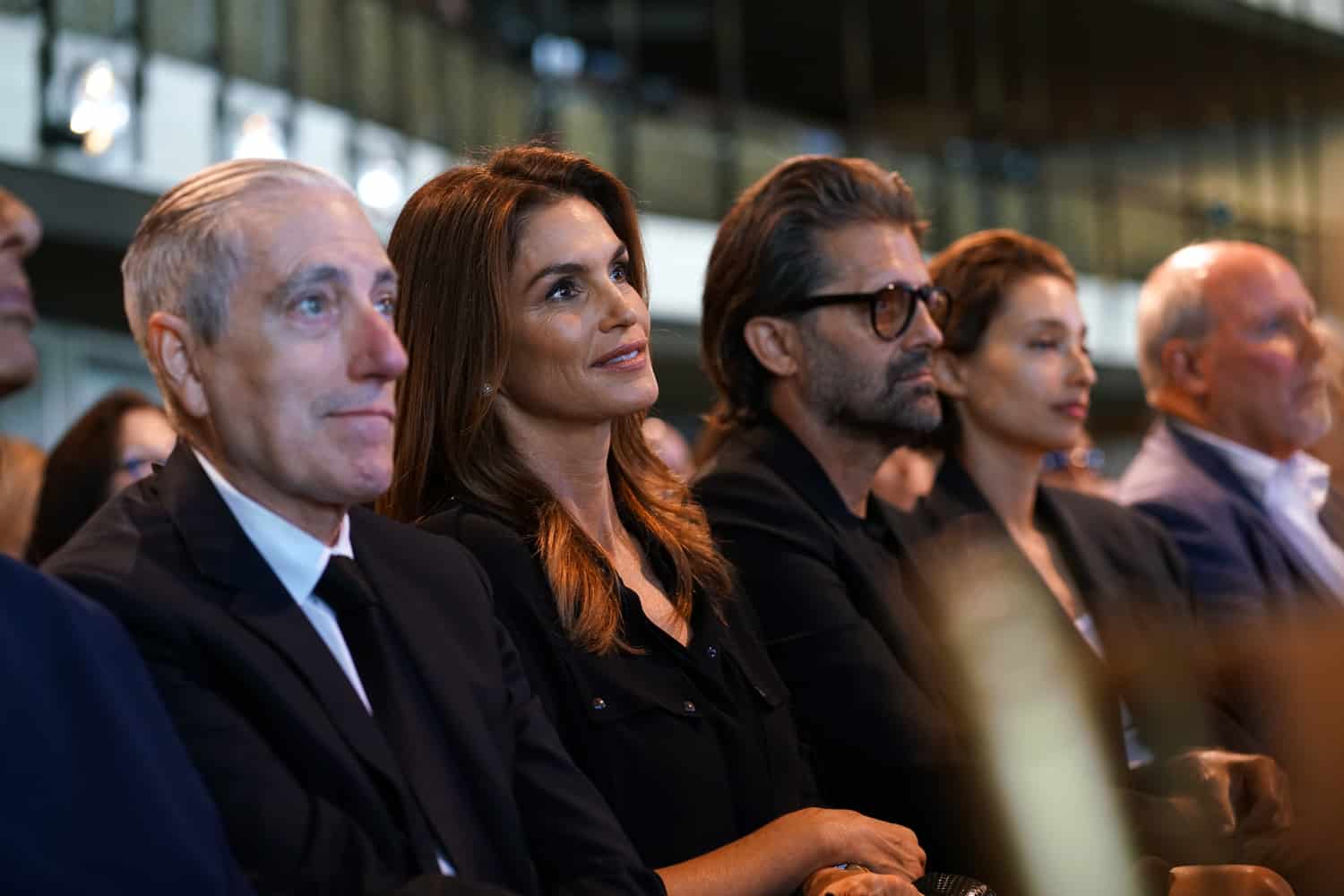 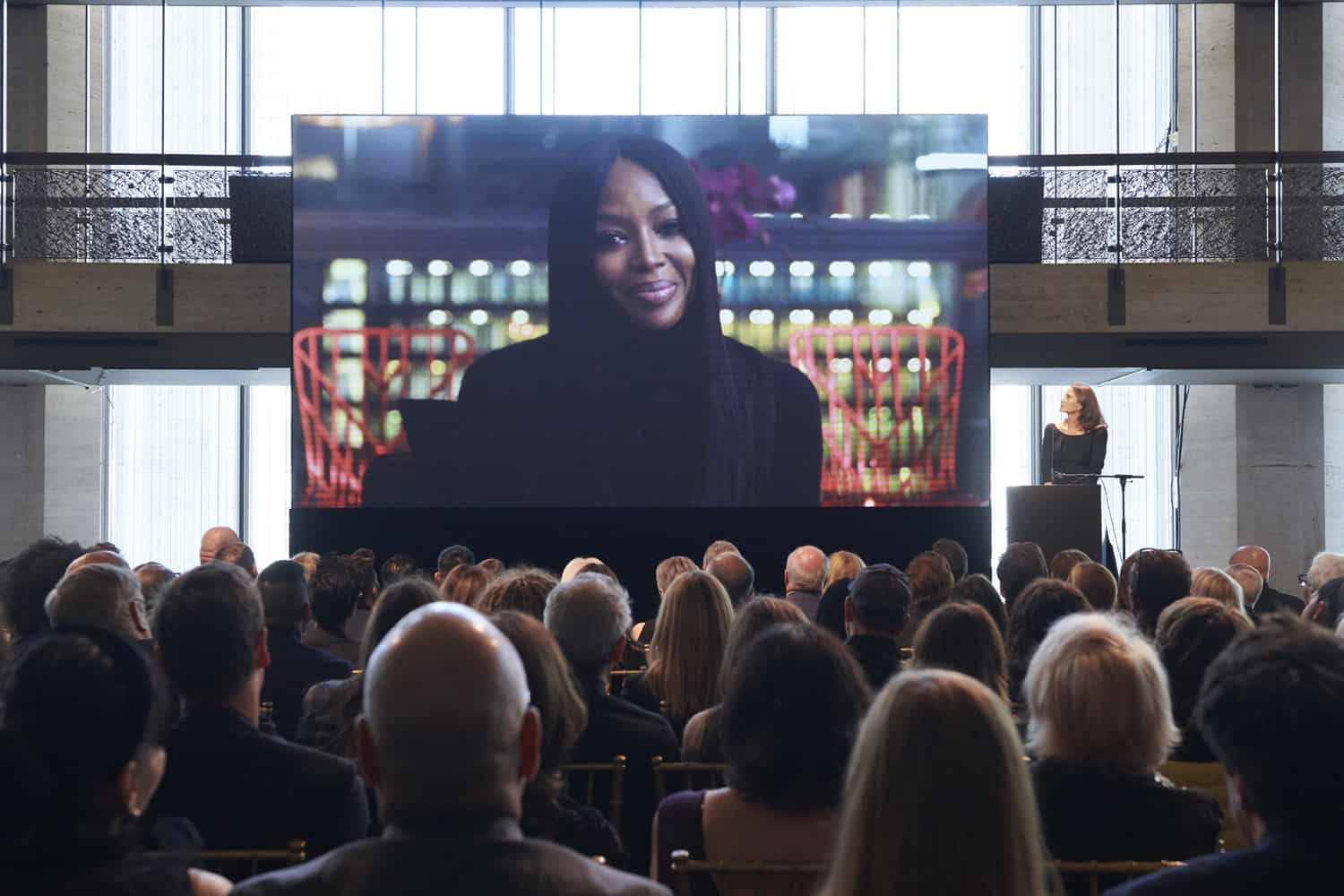 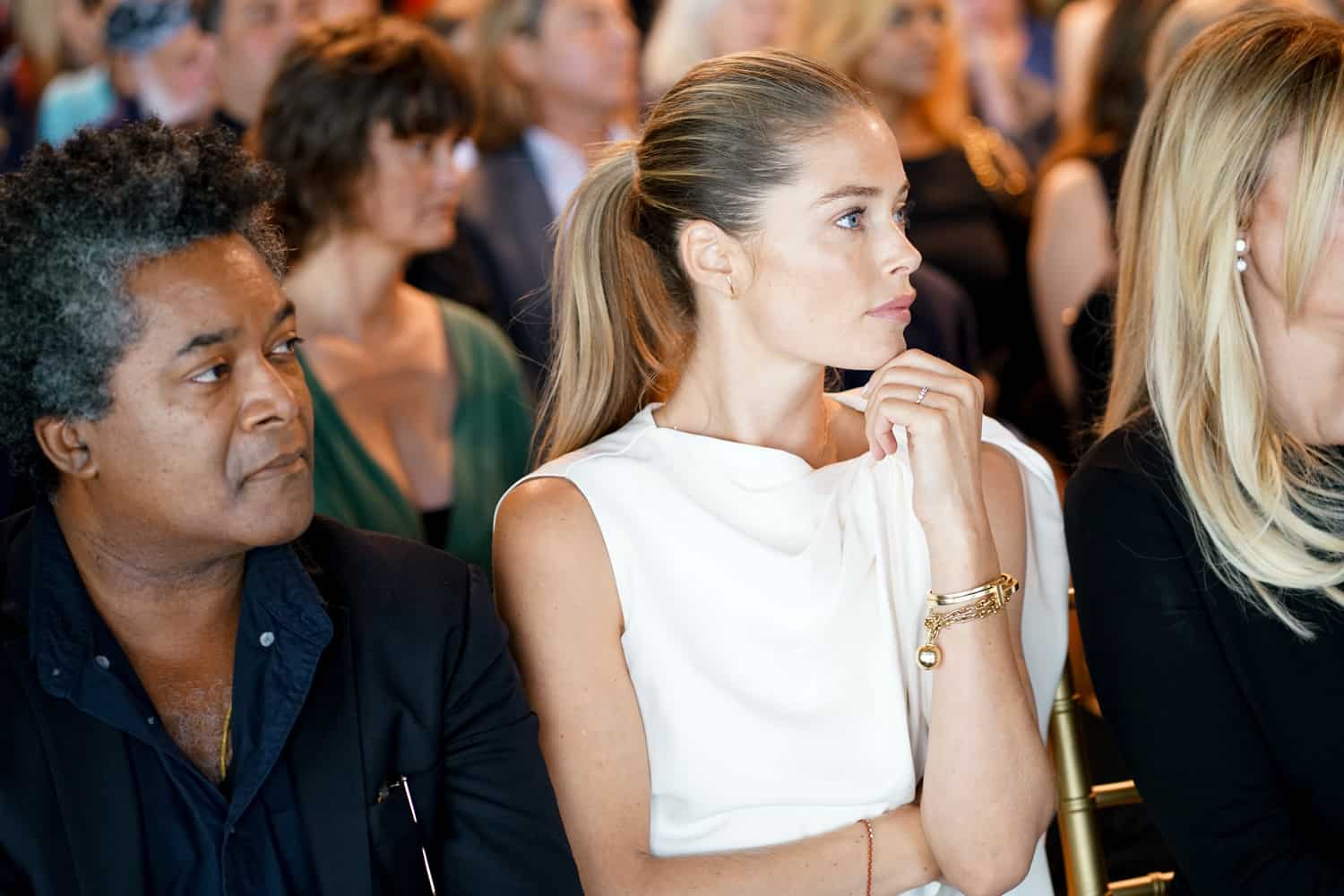 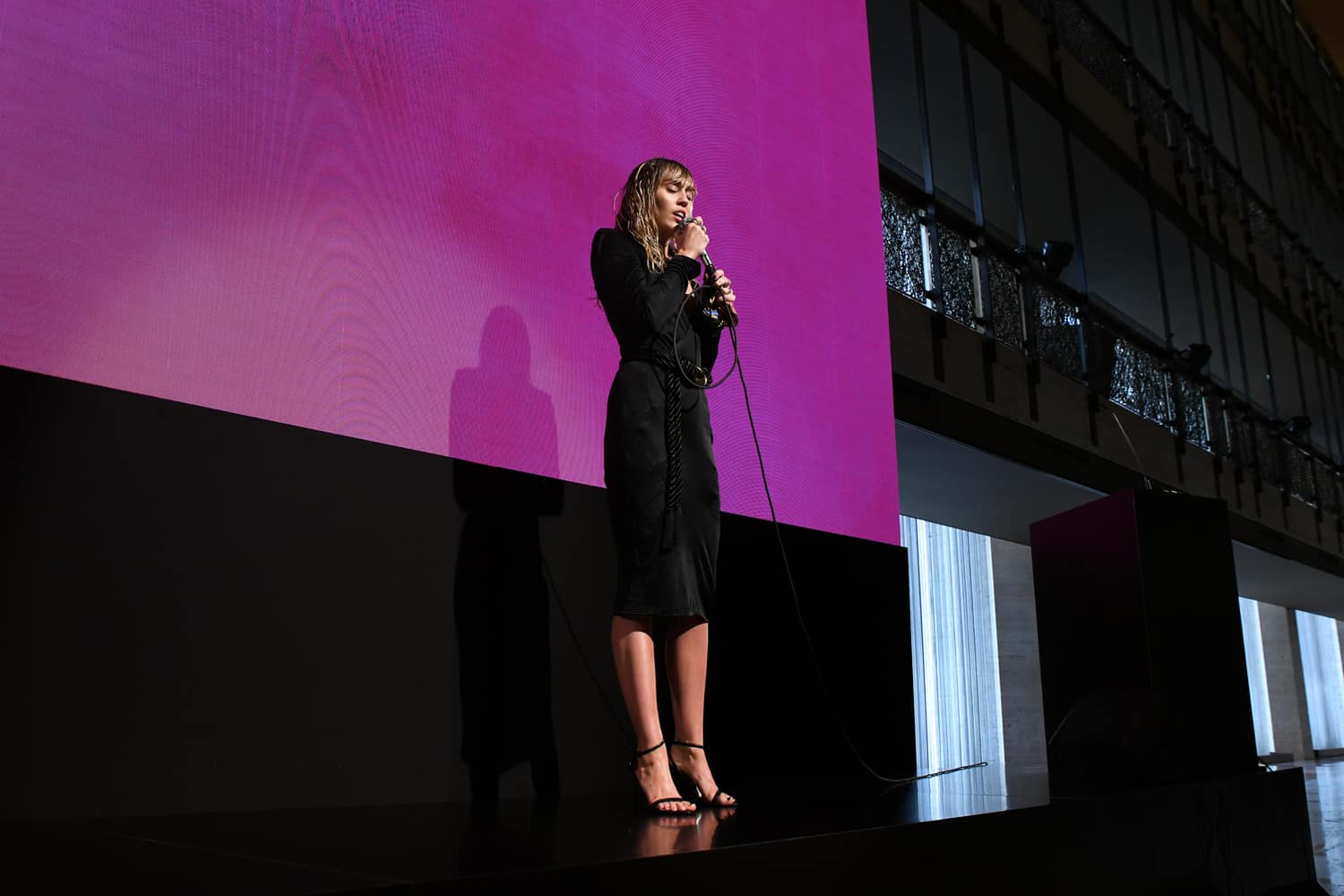 Chanel Fetes Its Latest Scent In L.A.
Margot Robbie, who fronts the new campaign for the Gabrielle Chanel Essence fragrance, hosted a dinner at the Chateau Marmont Hotel on behalf of the brand, Thursday night. Guests, including Camila Morrone and Pom Klementieff, enjoyed a set by DJ Zuri Marley and a performance from Shaed. 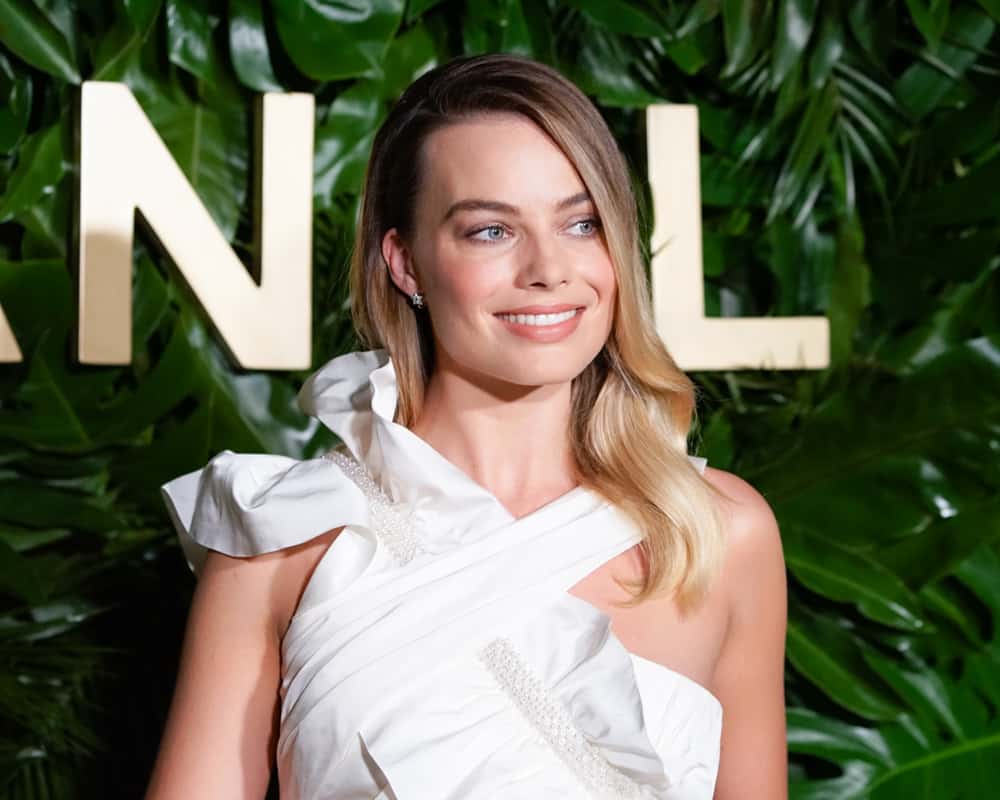 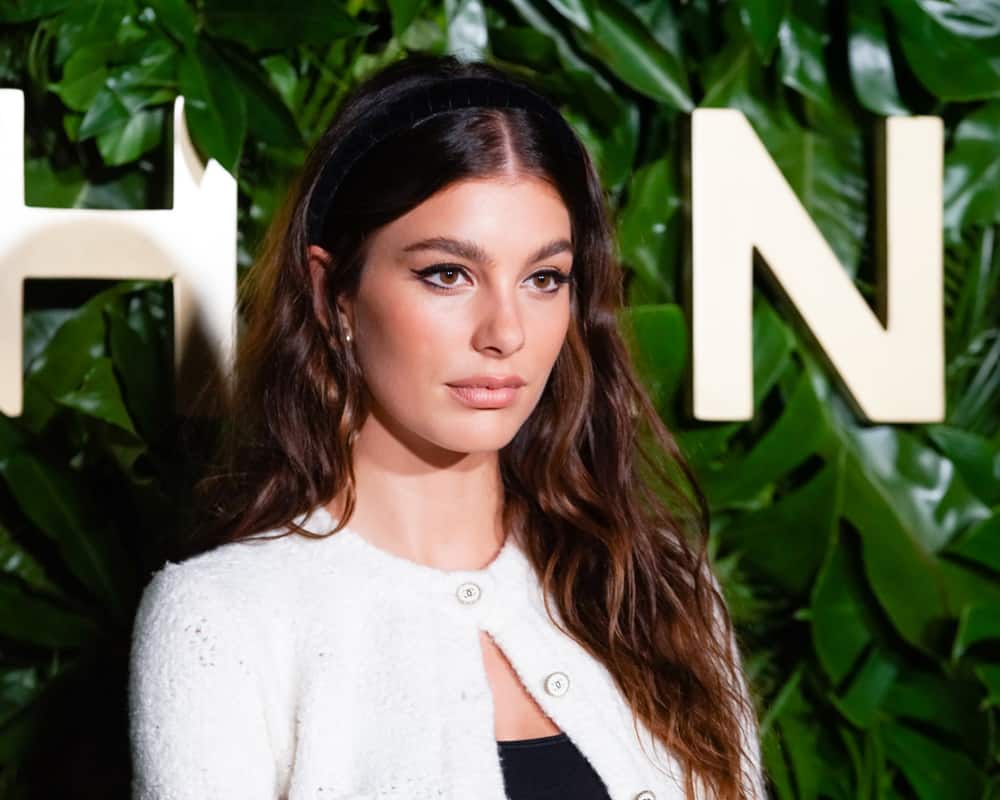 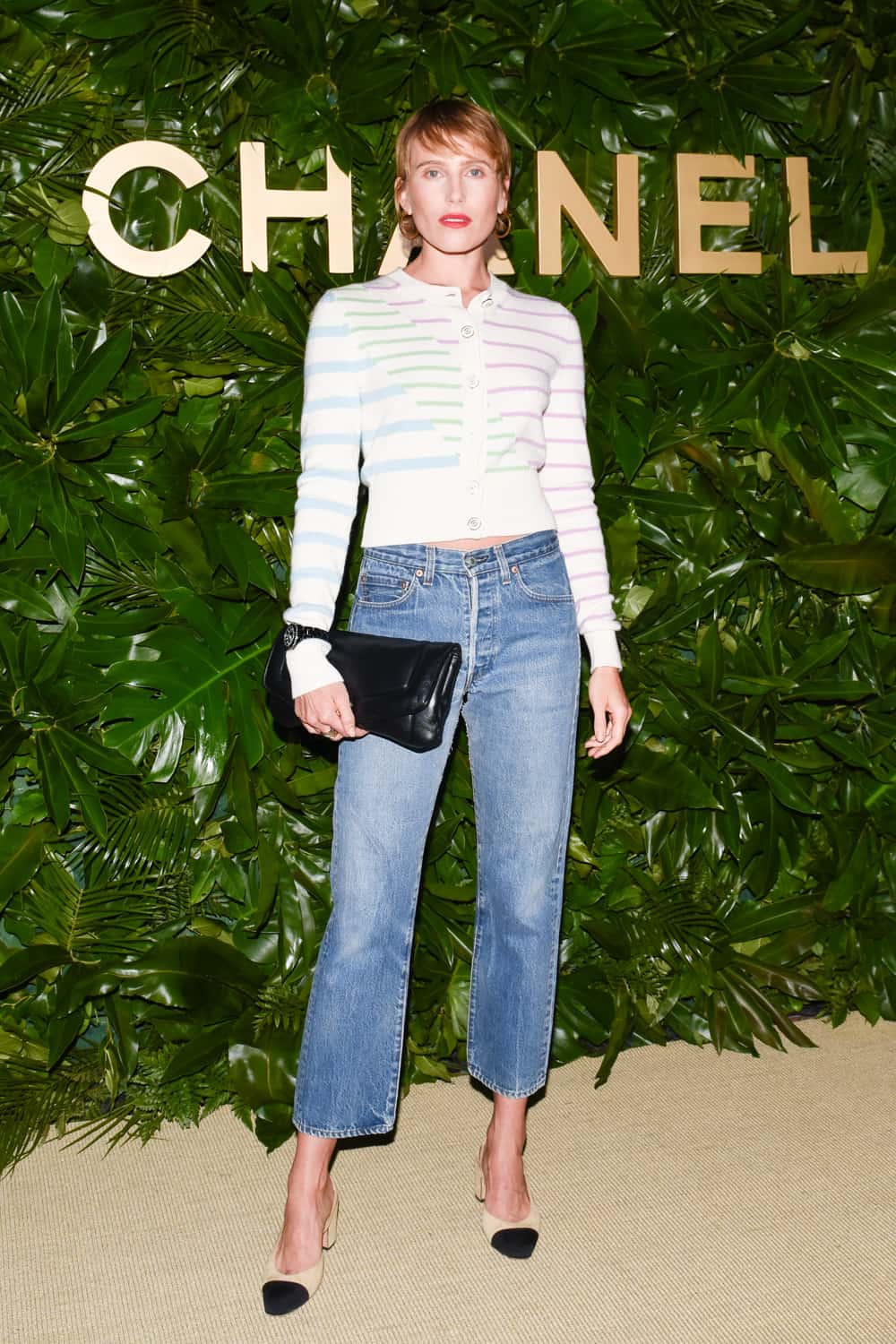 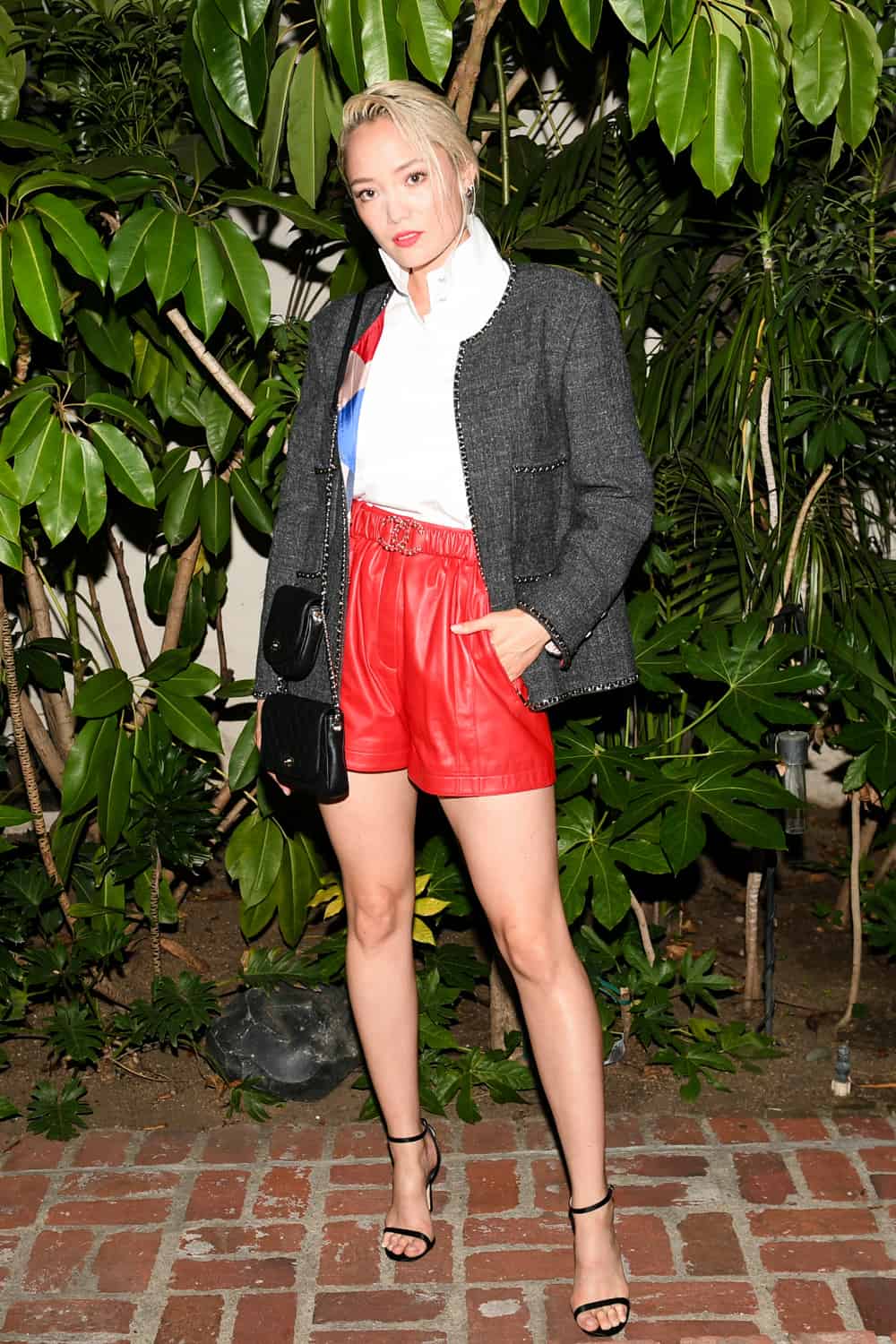 Jim Moore Celebrates the Launch of His New Book, Hunks & Heroes
Last night, Ralph Lauren hosted a party at the Polo Mansion for former GQ editor Jim Moore, in celebration of his new book, Hunks & Heroes: Four Decades of Fashion (Rizzoli). The event was packed to the brim with hundreds of guests, including Jon Hamm, Zachary Quinto, Alfie Allen, William Jackson Harper, Brian d’Arcy James, Kevin Love, and Saquon Barkley, as well as dozens of fashion’s most influential tastemakers. Many in the crowd lined up to get their books personalized and share their appreciation for Jim and his impact on fashion and publishing.  Edited by Moore himself, with a foreword by Kanye West and an introduction by GQ’s former Editor-in-Chief, Jim Nelson, the book is an epic journey into the world of American men’s fashion and the magazine’s evolution from respected men’s publication to the ultimate modern-male style bible. (Available now on Amazon, $55) 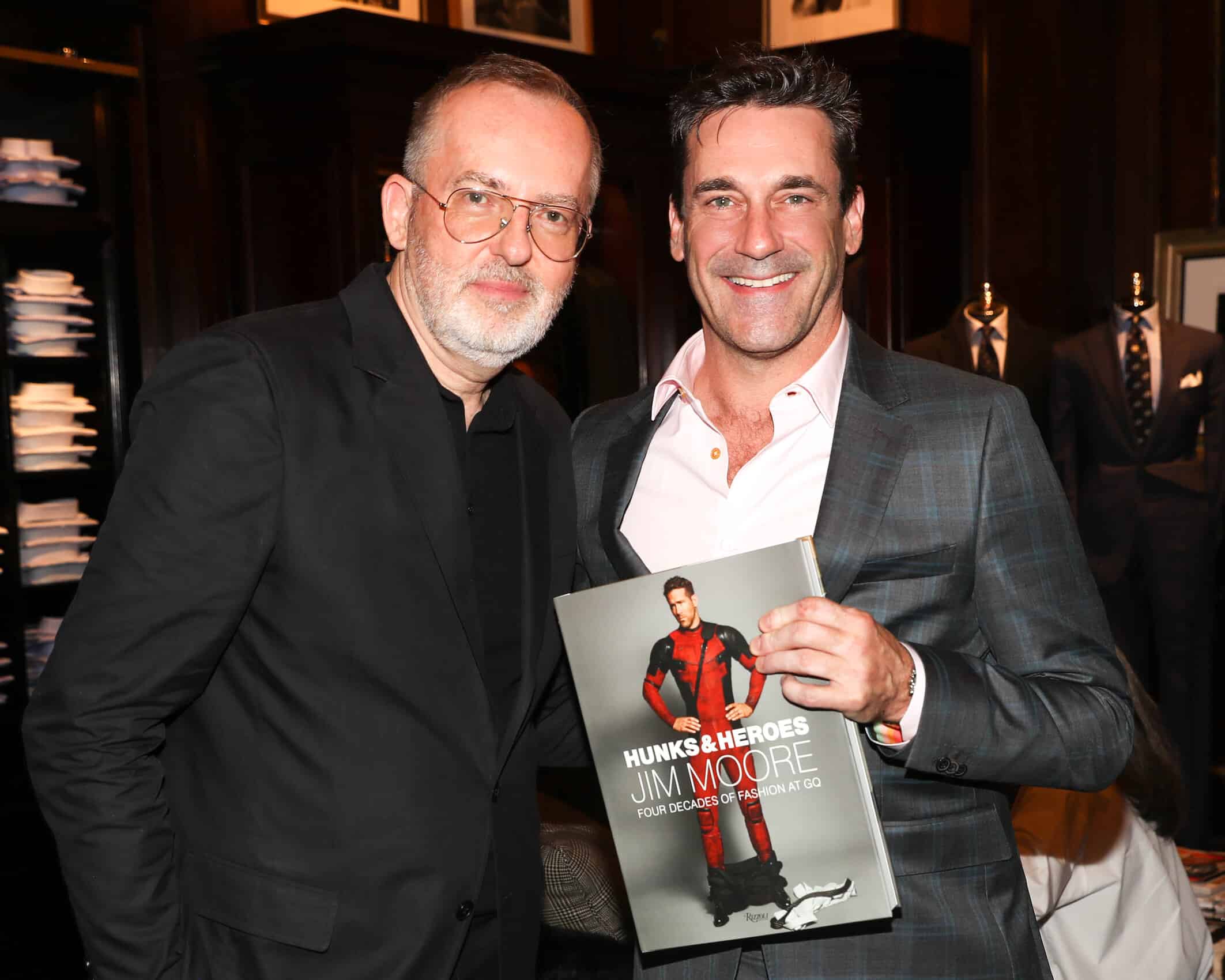 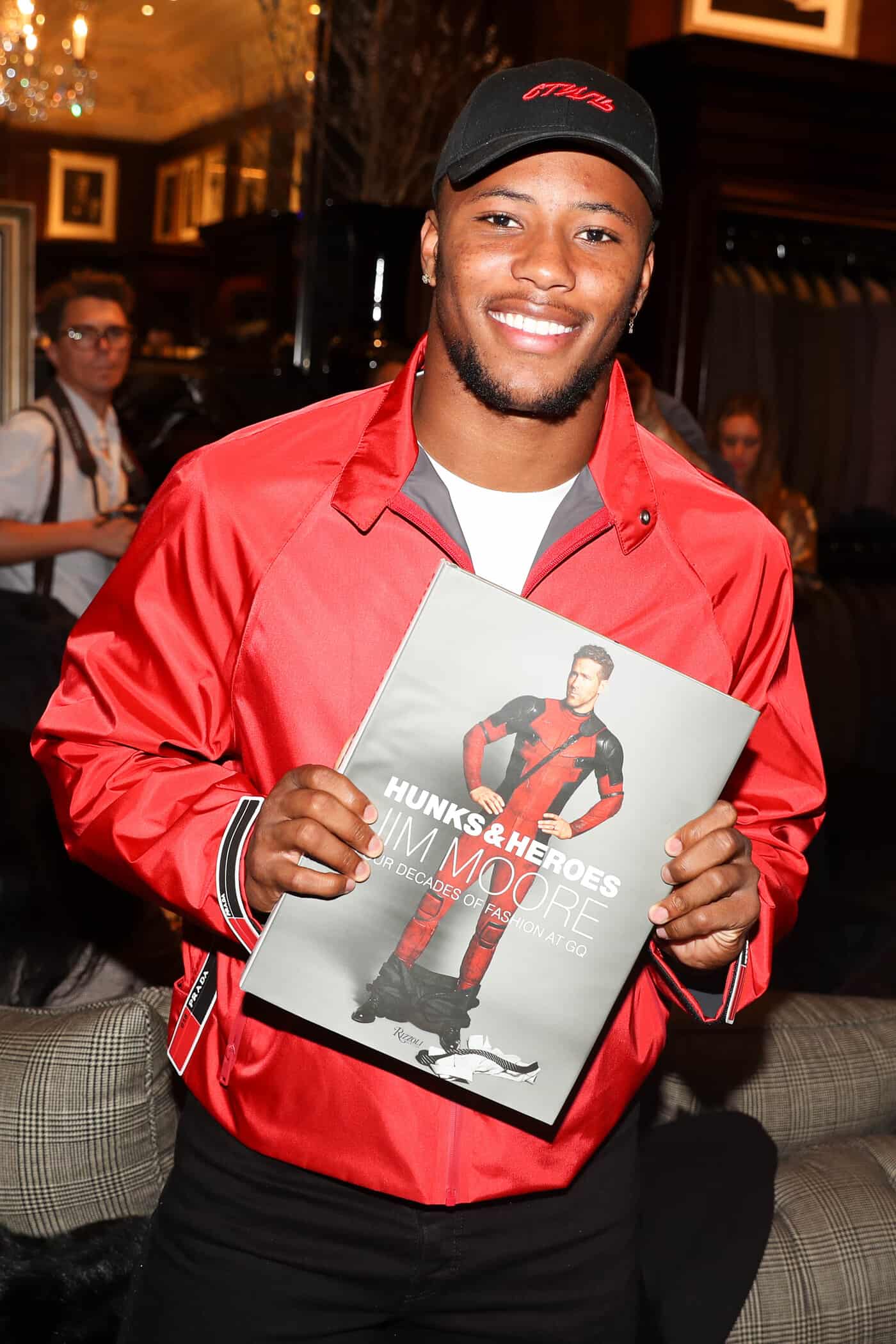 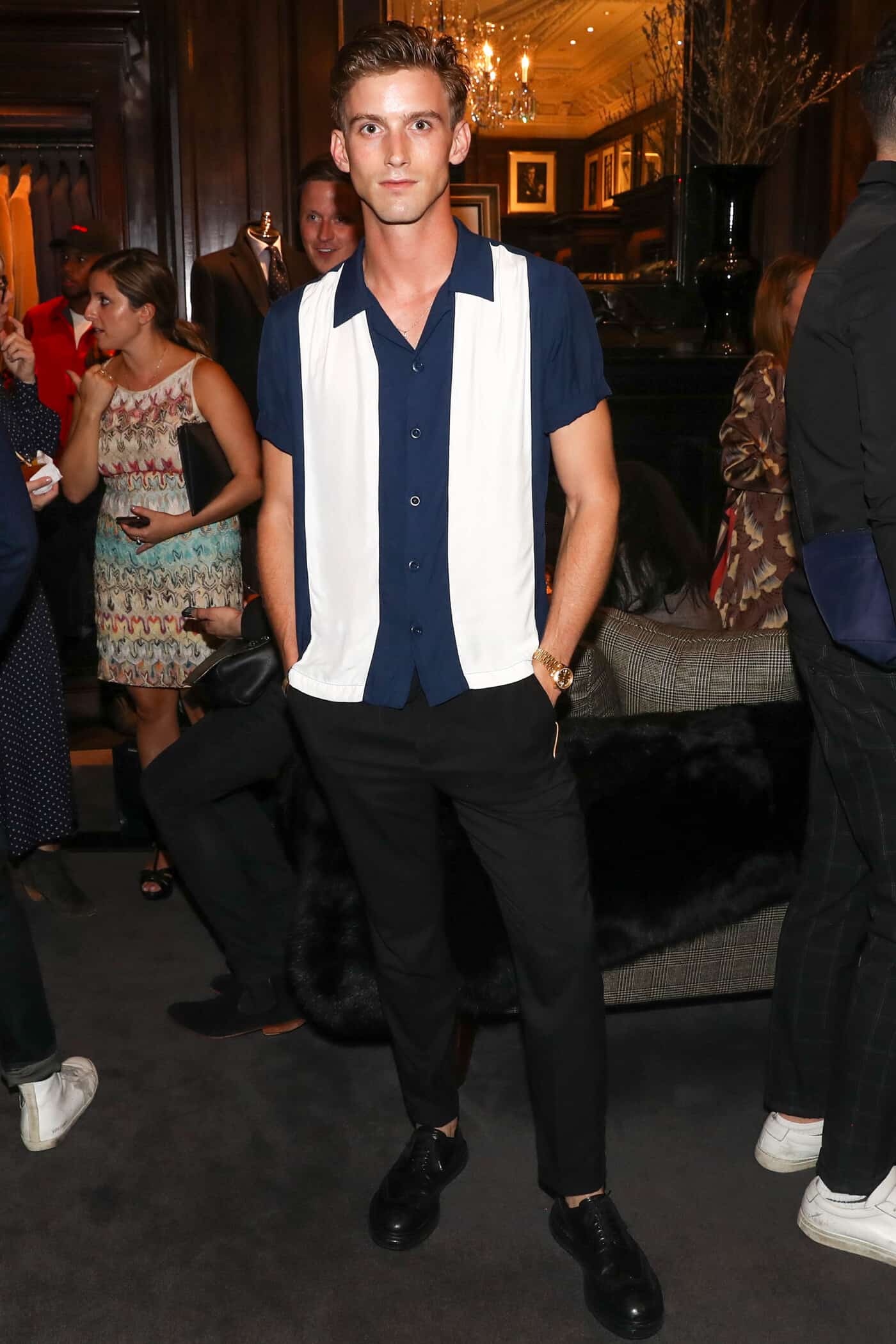 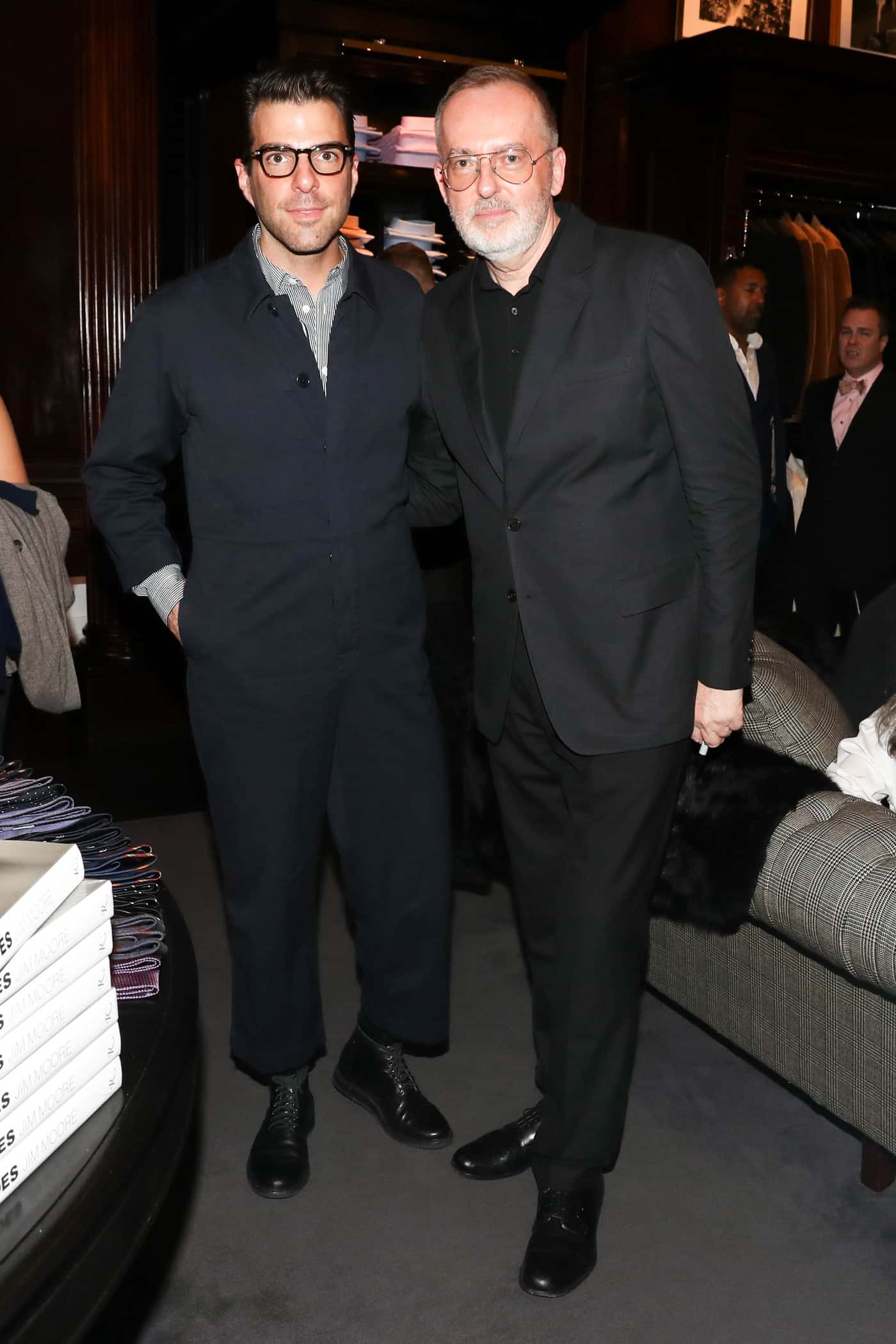 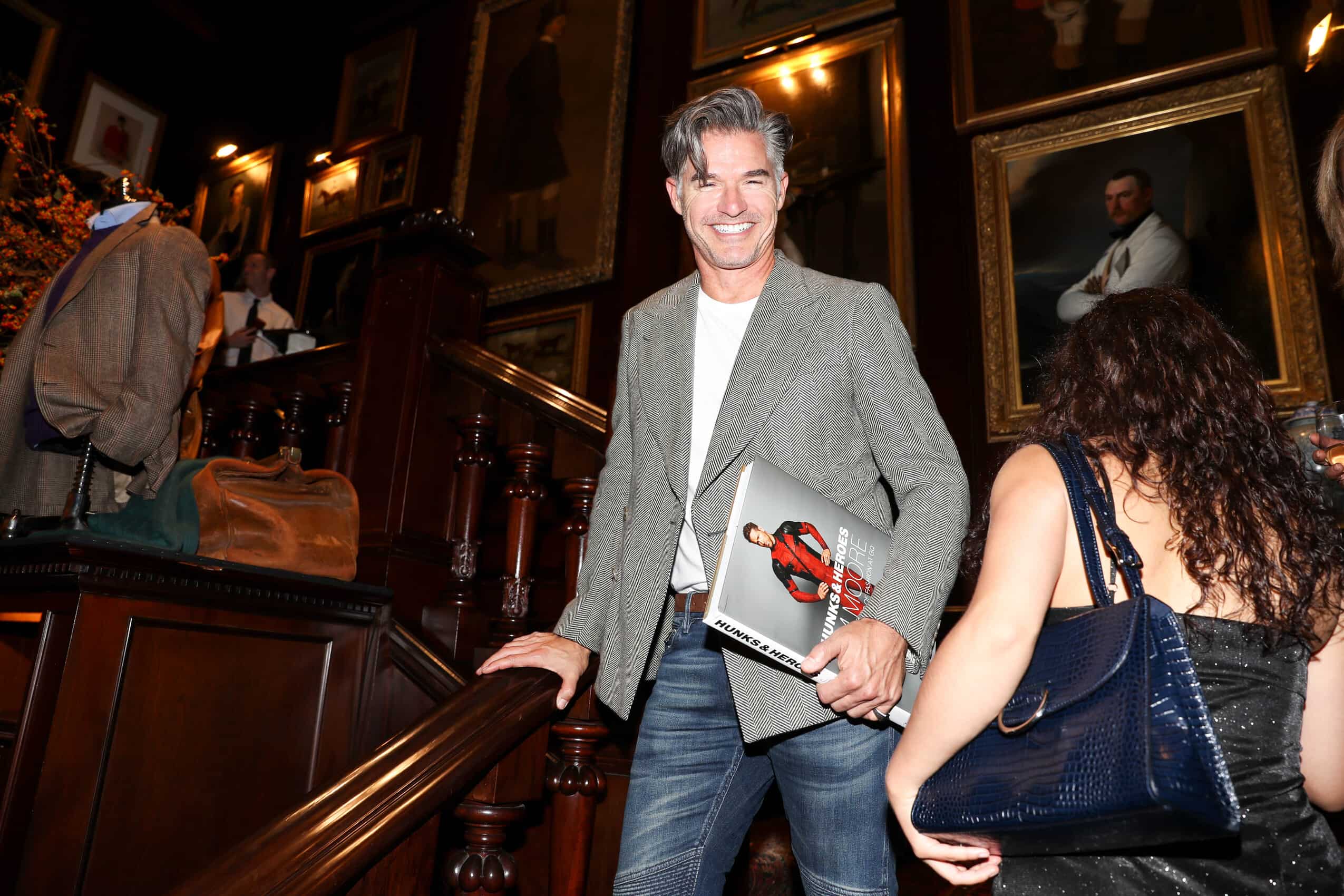 Heron Preston Throws a Puppy Party
On Wednesday night, Very Important Puppies (V.I.P) celebrated the launch of its V.I.P x NASA x HERON PRESTON collection of clothing and accessories for dogs in partnership with The Webster. The special collaboration was marked with a soiree at The Webster where human guests enjoyed colorful cocktails by Owney’s Rum and pups snacked on treats courtesy of Just Food for Dogs. Heron Preston worked the turntables for the evening, keeping guests on their feet as they closed out another successful NYFW. Guests walked away with doggy bags of V.I.P accessories and bites from Just Food for Dogs. 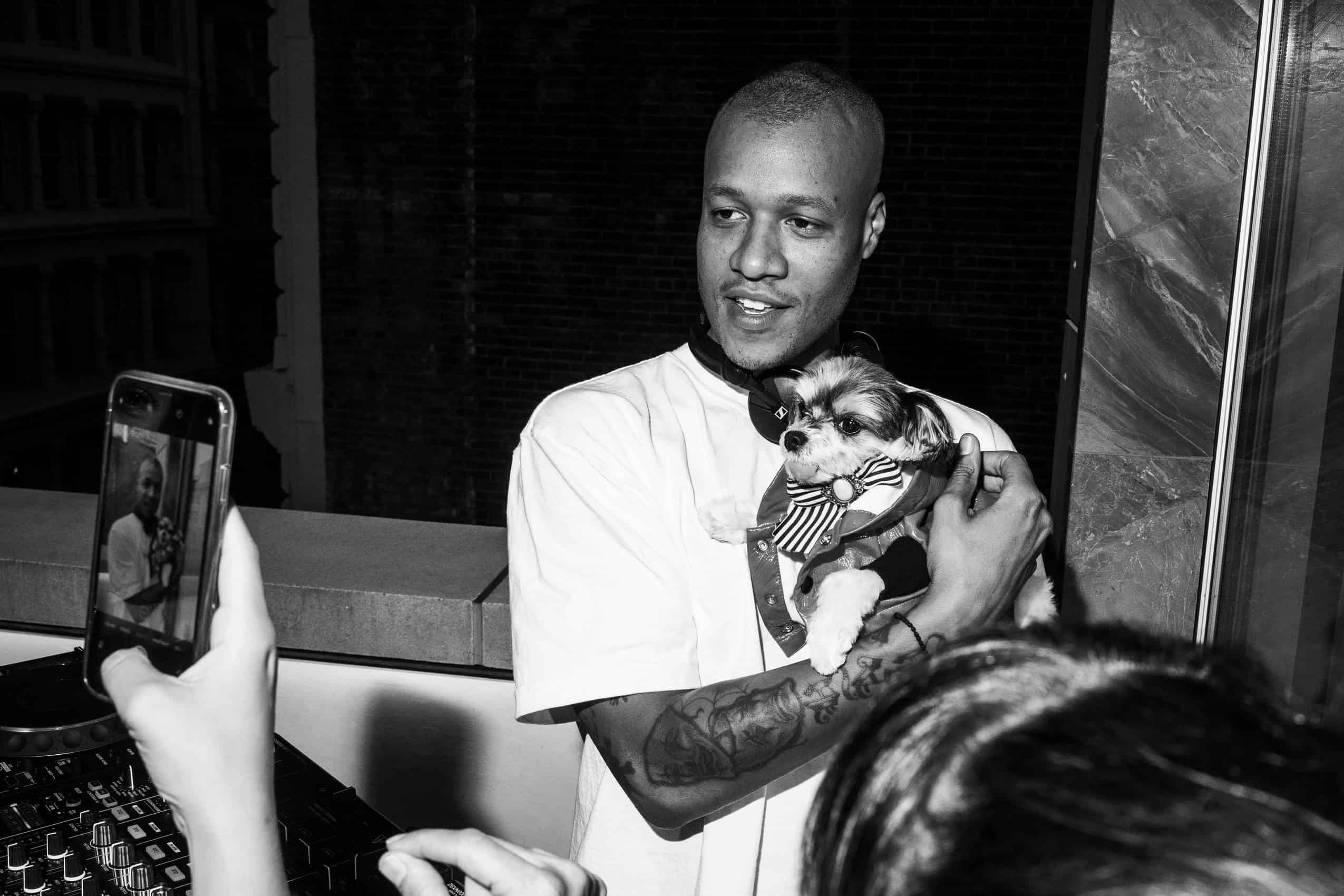 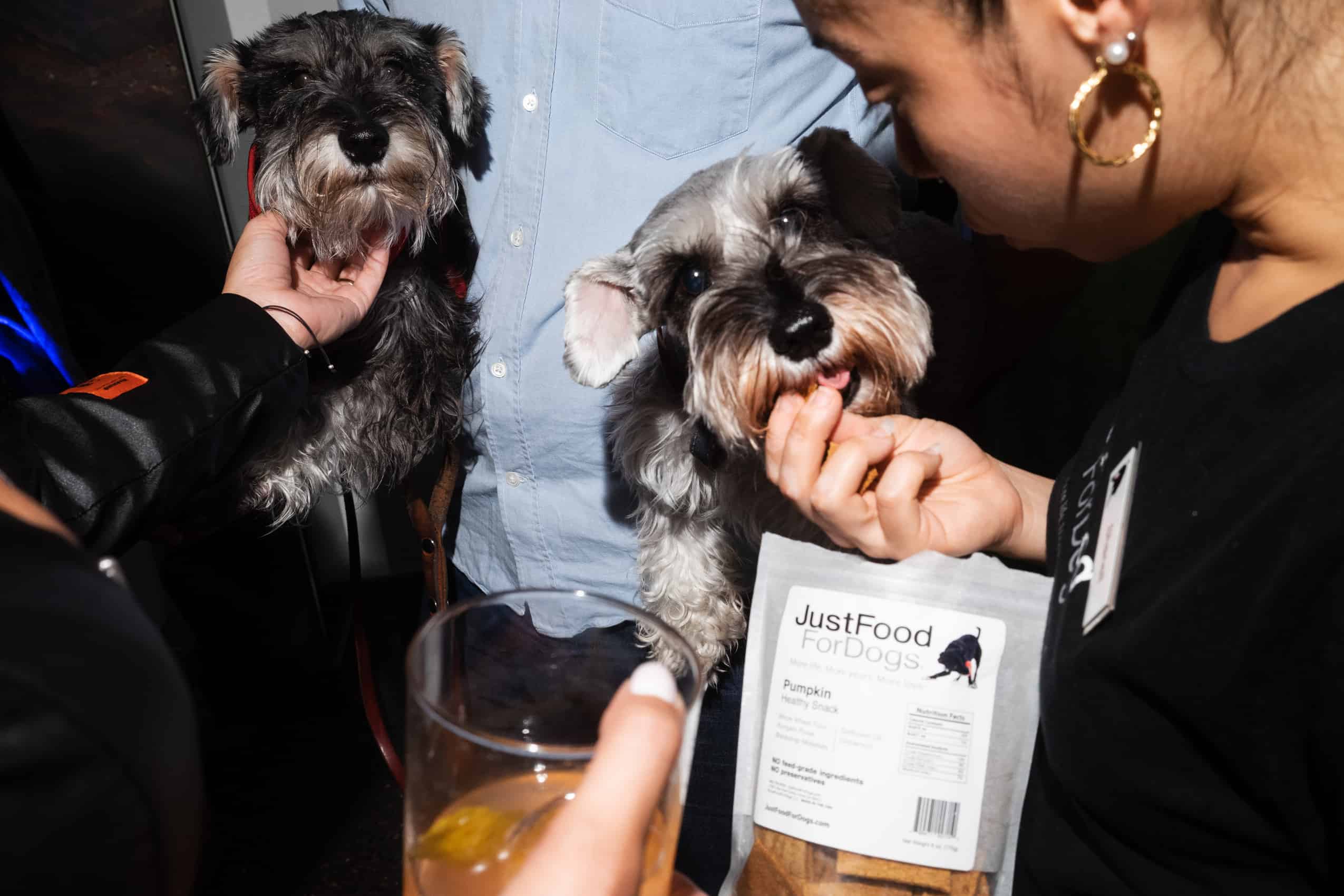 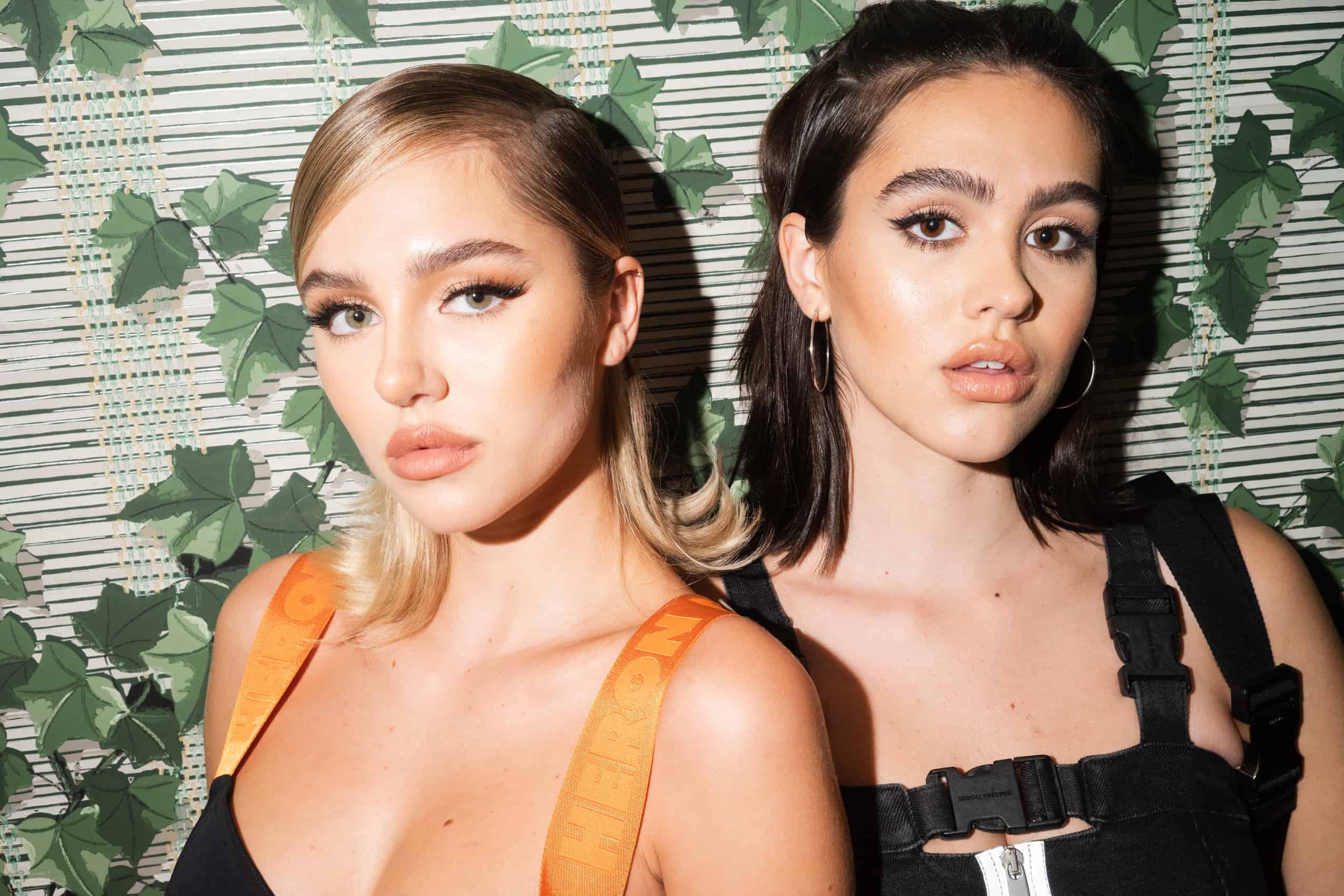 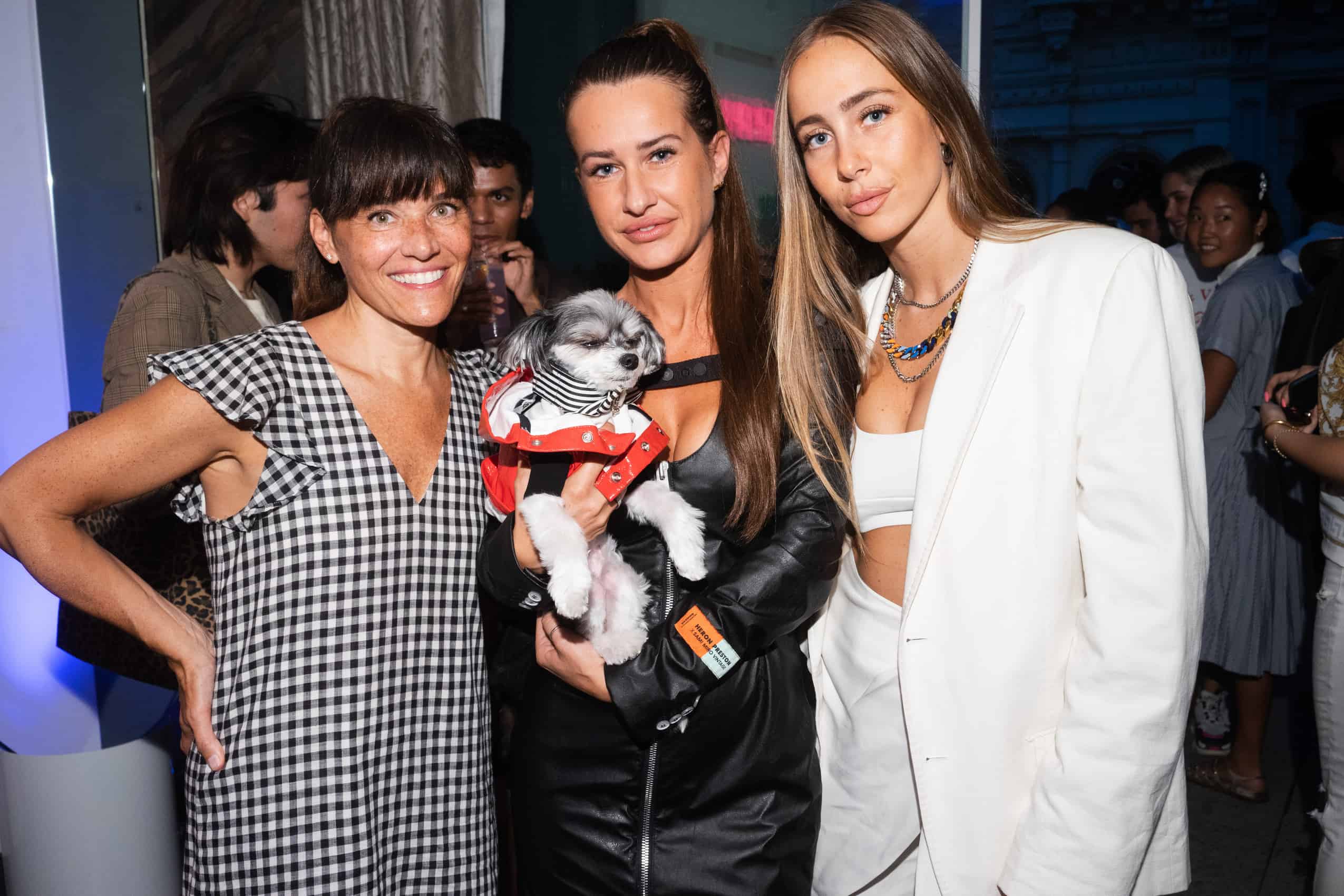