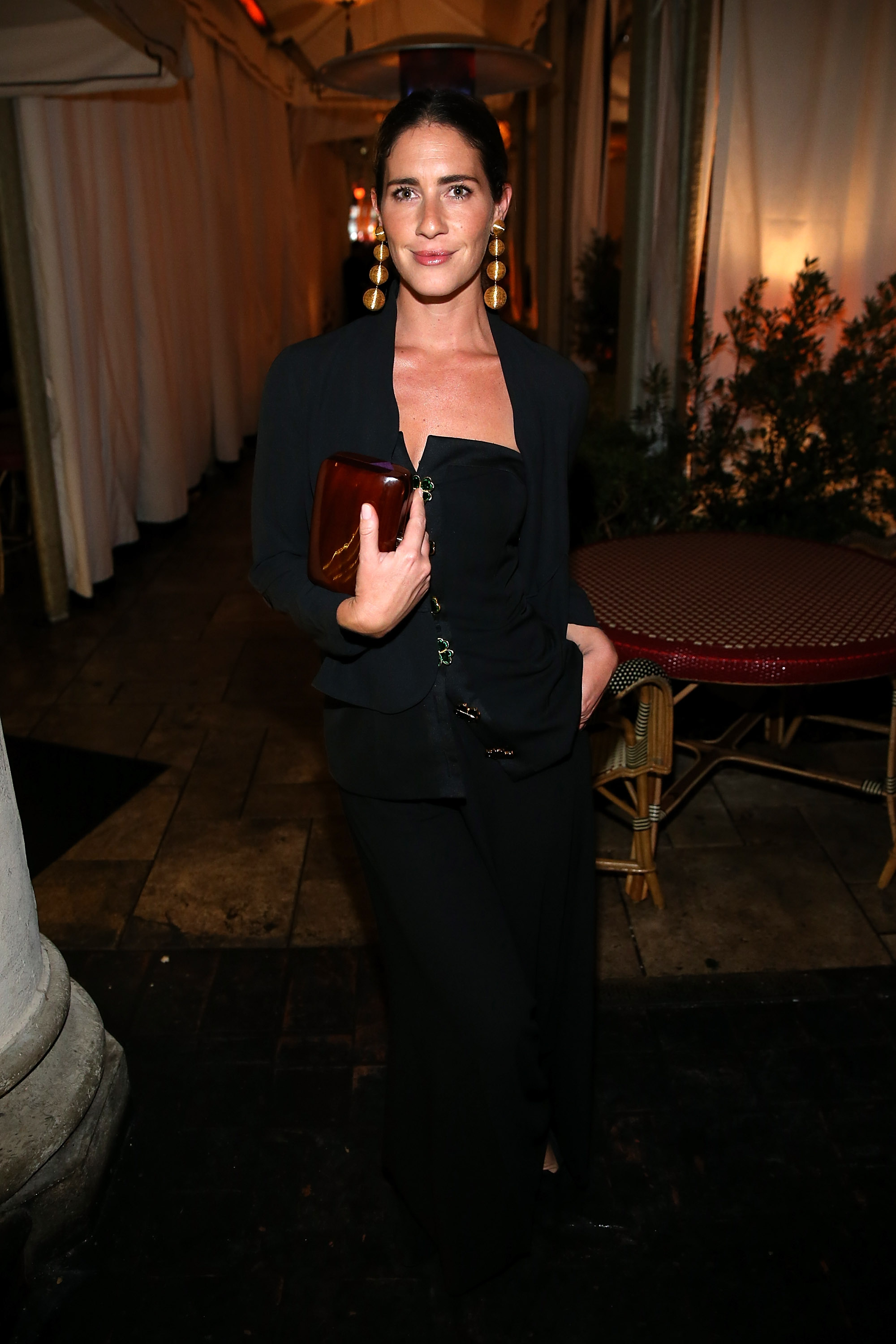 In less than one year, Rebecca de Ravenel‘s glamorous, boho-chic Les Bonbons earrings have become the “It” bijoux to own, garnering a cult-like following of influencers and celebs alike. We caught up with de Ravenel on her line of baubles and how her fascinating background in fashion serves as the parfait foundation for the future of her brand.

Rebecca, why did you want to start your own jewelry line?
My background is in fashion design—I’ve always done clothing and then moved into interior design—but the accessories really happened on their own. I made these earrings for myself, and when I wore them out, I had never seen a reaction from people the way I did. Women would start asking me about them, and men would want to touch them! People were interested and curious. They’re sort of magnetic. I realized that maybe I should make a few more pairs.

When did you officially launch?
I launched them on my website last December. I sold a few pairs to Aerin Lauder before that—I think she learned about me from Instagram—but at that point I didn’t even have boxes made. I sold her six pairs for her store [in Southampton] and they sold out really fast. I was never planning on wholesale, but shops kept asking us to sell to them.

What were you doing before you launched your brand?
I did a whole bunch of things in fashion when I was younger. I was at Gucci doing PR in Paris when I was 18, I moved to New York and went to Parsons for fashion design, then I worked at Oscar De La Renta as an assistant designer, and consulted with Tory Burch and Emanuel Ungaro Paris. Then I moved to the Bahamas where I decorated for Amanda Lindroth, but after a few years I decided it was time to leave. I moved to California and lived with a friend for a while. I kept one magazine from my old house and the cover was of Marc Sykes’ home. I emailed a friend asking if he knew him, and he put us in touch. I begged him for a job and helped him with his book that’s coming out. On the side, I launched the earrings, and now they’ve taken on a life of their own. Timing is everything in life. That’s how I truly feel about my earrings and moving to California.

What do you attribute to your instant success?
I have absolutely no idea [Laughs].

Lupita Nyong’o was spotted wearing your earrings the other day!
I know, it’s amazing. I don’t really know how this cult following of Les Bonbons started. I think possibly because they’re a bit different, are fun, and can be worn beautifully any which way. Lupita wore them with a turban, I’ve seen girls wear them with beat-up T-shirts and jeans in the city. They’re accessible and versatile for many people and aren’t categorized for one type of girl.

They’re always sold out!
People who get quite angry with us [Laughs]. We can’t seem to keep them in stock, which I think is the best thing you could ask for. It’s lovely that people want them so much.

How do you see your brand expanding in the near future?
We have a lot more to come, but I also don’t want to expand too fast. My team and I work very hard. I’ve made mistakes and I’m sure I’ll make more, and hopefully it’s a learning process. It’s very different designing for someone than it is designing for yourself and having your name out there. It’s all wonderful and I’m very grateful for everyone’s support.

Images shown are from the holiday collection, which are available here.