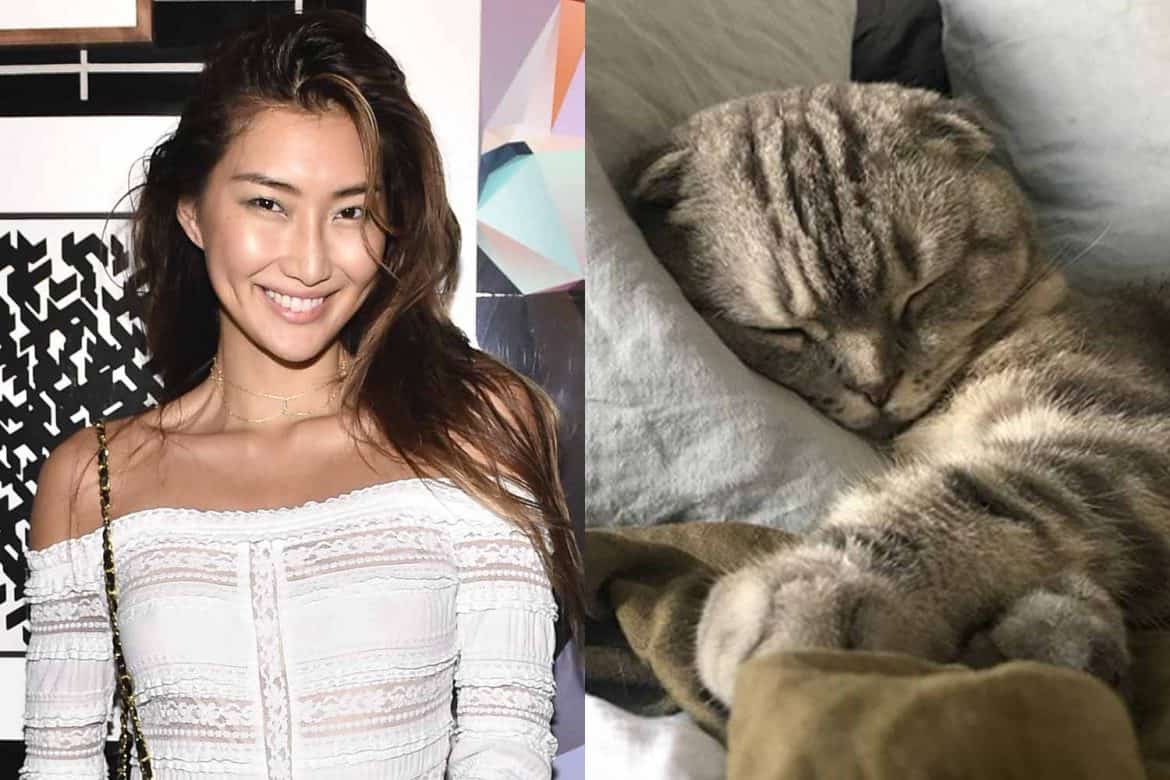 Supermodel Ping Hue is about to hit the small screen in the new E! docu-series, Model Squad. The Daily caught up with Hue to learn more about her own reality TV-watching habits and what it’s like being a chic cat mom.

Did you take any vacations this summer?
I went to Cabo. I moved out to LA three months ago so now I’m back in New York, just back to the grind. That was a nice vacation I had in a week in Cabo, Mexico.

Who takes care of your cat, Babka, while you’re gone, or does he travel with you?
If I’m traveling for long bits of time I’ll try to bring him with me, but other than that I’ll ask a friend to come over and house sit.

Would you consider yourself a crazy cat mom or a cool cat mom?
I’m a very cool cat mom. I’m not really crazy, I don’t really spoil him, I don’t really dress him up. He’s pretty chill, he’s kind of like a cat and a dog. If anything, he’s a bit needier than I actually thought he would be. Sometimes we play hide and seek. This morning he climbed up on my chest and cuddled and that was cute. We’re pretty chill, we’re just kind of like coexisting. We’re on the couch together.

Do you think he has what it takes to be a meme-worthy or Instagram famous cat?
Absolutely! He has such as funny personality. Just my own following alone, they’re big fans of Babka, they see how goofy he is and how silly he can be, and I think he gets it from me probably. I can’t wait for his own following I guess. He’ll probably be verified as well.

Do you watch any reality TV?
I don’t watch TV. I read some articles on news, but I usually get my sources from Instagram. I follow E! News. That would be probably my closest to my general update on pop-culture and current news because they’re pretty on top of everything.

What drew you to wanting to be on the show?
Growing up, and currently, I never really identified with anyone I saw on TV, especially physically. No one’s really Asian…I hope that people can relate [to me] and I keep seeing as an Asian-American on TV and representing the Asian community and being a model as well. I’m not speaking to become famous, I just really want to make a difference and if that happens along the way, that’s amazing for my career but ultimately I’ve always wanted to be a positive statistic, so the speak, and break the stereotypes of being an Asian model.

What’s one thing you think people will be really surprised to learn about you?
How down to earth I am, and level headed. I started modeling when I was an adult. I know myself and I guess I don’t get lost or too hurt by rejection. Oh, definitely that I speak English. That’s always a surprise whenever I go into casting still, because I use my middle name, Ping, instead of my first name, Diana, and I realize that does make a difference as my brand. I recall a casting and the photographer was a bit hesitant to engage in conversation with me until I said, “Hey! How are you?” and he was caught off guard how approachable I seemed. So that’s always a surprise I enjoy.

Don’t they realize you’re from New York?
No, not at all. Until I open my mouth. So this is what I love about the show. Instead of seeing my photo and my face and judging me off face value — seeing an Asian model and assuming that I came fresh off the boat basically — I’m a native New Yorker. I love hip-hop, I dance, I’ve done it all my life. I really don’t have many Asian friends. I grew up with like Puerto Ricans, Dominicans. The New York blood is in me and I just hope that it appeals to people.

Shanina Shaik on the One Part of...

Olivia Culpo on the Hardest Thing About...

Hannah Ferguson Cried a Lot on the...