written by Kristen Heinzinger May 2, 2016 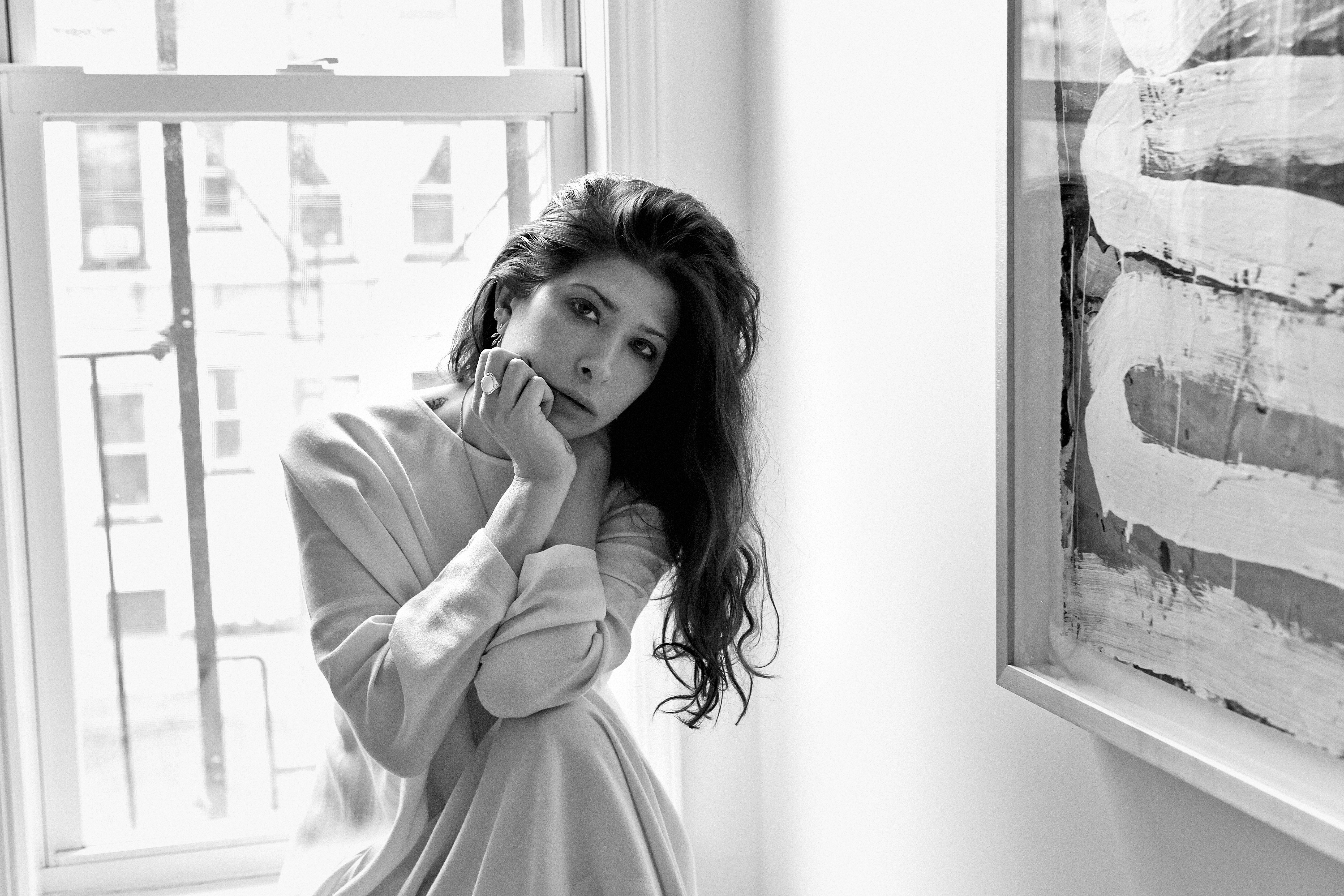 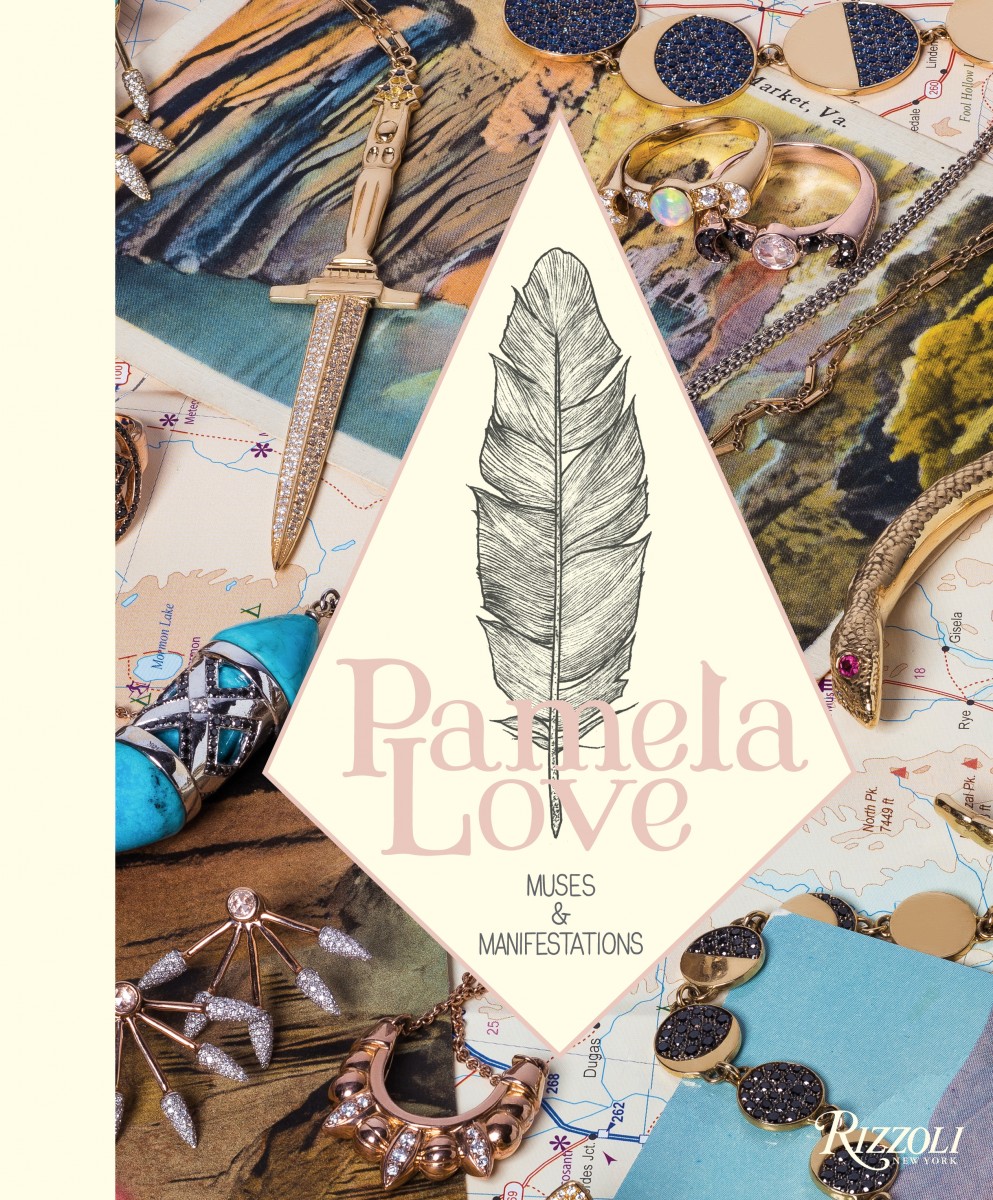 Pamela Love, well-known for her one-of-kind collections of culture-meshing, boho-infused elegant jewelry, teamed up with Rizzoli for her first book, Muses & Manifestations. And it’s no ordinary book, just as her jewelry are no ordinary designs. It’s loosely divided into themed chapters, and is filled with images that stretch from jewelry stills to mood boards to lookbooks to old handwritten notes, sketches, and personal photos. But all share one common thread—they’ve each propelled Love’s aesthetic in some way. Here, she talks about the journey of creating her first book and what we’ll find inside.

How did the book deal come about?
My editor at Rizzoli is someone I’ve known for a really long time through mutual friends. She reached out and said we’d love to do a book with you. That’s sort of what happened! I knew I’d always wanted to do a book at some point in my career, but it was very flattering that Rizzoli felt that I had enough of a body of work now to create one. So I jumped at the opportunity.

Did you have an idea of what the book would look like?
No! Once we started talking, I thought it should be more of a scrapbook and it should be divided up thematically. So the chapters are based on different sources of inspiration, and they don’t have clear names. They just have quotes that hint at the theme.

What are the themes?
One is magic and the occult; astronomy and astrology and the study of the heavens; Mexico; Morocco and the idea of journeying to those parts of the world, other desert regions; the American Southwest; and nature.

How did you pick the images?
Rizzoli let me do my own thing. I worked really closely with Brian Lamott, my book designer, to go through thousands and thousands and thousands of old images and source materials—things I’d been saving or hoarding—to figure out what would make it in. It’s really a mix of everything—personal notes, checklists, drawings, personal photographs as well as photographs of the work, and a lot of sourced materials, a lot of the inspiration boards that we’ve created over the years for the various collections. A lot of references to other artists’ works, specifically Francesco Clemente, who wrote the forward to the book. 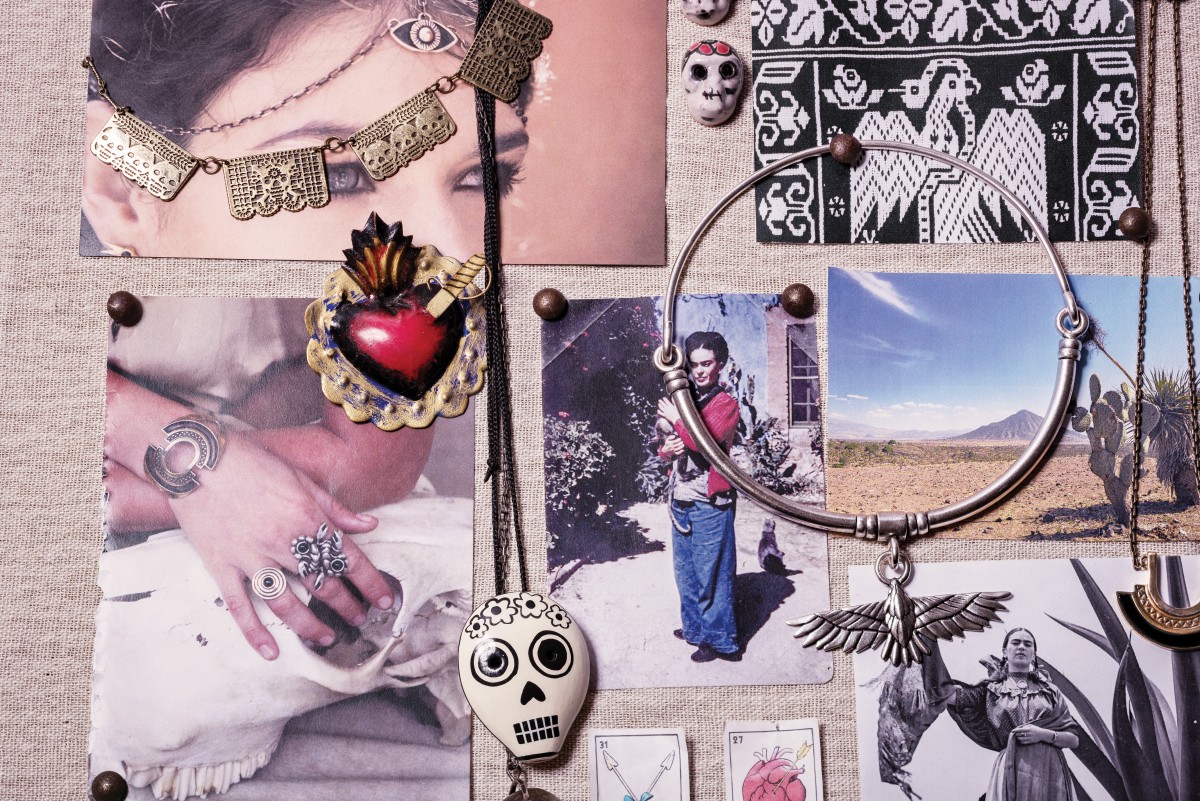 What’s your relationship with Francesco Clemente and Ray Siegel?
I became Francesco’s painting assistant when I was in my early 20s, and I worked with him for many, many, many years. He sort of became a mentor. He officiated my wedding when I married my husband. He’s really a big part of my life and a big source of creative inspiration and also spiritual guidance. So when I knew I was going to do a book, I wanted him to write something for it. Ray and I have become close friends over the years; we met in a very different context. I think she interviewed me for an article at one point in time and we just sort of—I don’t even remember how we became friends, but she’s just one of those people that I immediately gravitated toward. We’ve been friends for a long time and she’s one of the most intelligent people and writers I’ve ever met, so of course I wanted her to tell the story!

Were you surprised by what they wrote?
A little bit! You never know what it’s going to be like. Francesco’s was particularly surprising. I didn’t talk to him at all before he wrote it; with Ray, we were bouncing things back and forth, and she was interviewing me a lot so I understood where she was going. Francesco I didn’t really have that much contact with when he wrote it; I was like, write whatever you want. Ray did such a beautiful job telling the story. Francesco’s is like a poem, which is an amazing thing to have in the book, and then Ray’s is a lot more biographical, which also, if you didn’t have, the book would make no sense. Having the two pieces blends together perfectly. 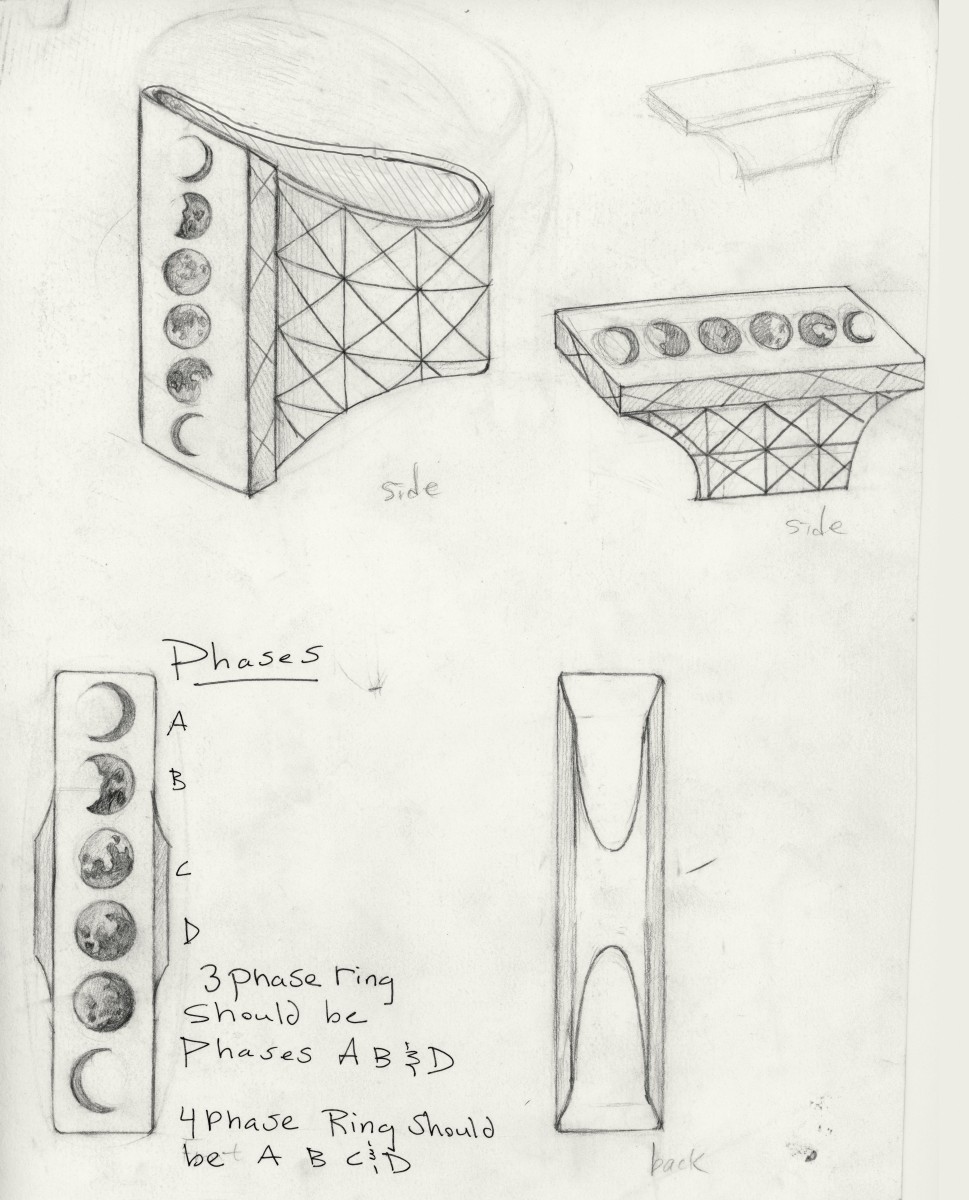 How did you choose what went inside?
I kept asking if I could make the book longer because I was having so much trouble. There are things that didn’t make it in that I wish I had, and then others that I put in that I think something else was more important. But at a certain point, you have to stop!

What’s your process for creating a book versus designing?
If I was to write a novel, which I can’t do because I’m not writer, that would be a lot more similar to designing a collection. This book was more going back into your past, going into your history. You’re not creating something from scratch—you’re going through the depths of your own journey and exploring it again. It’s like therapy, more than anything else!

What are some of the things you rediscovered?
There were lots of pieces of jewelry I had forgotten about that I loved. We actually created a collection that’s all pieces that I forgot about but was reminded of from this process. Also going through my old stuff and finding weird things, like that New Years resolution list that’s in the book—I don’t ever remember writing that. It’s so stupid and I didn’t even spell things right, like I wrote “better eating habbits.” It’s really kind of funny. And I found other things that were a little too traumatic to make it into the book, like really sad college and high school diary entries about how my life was over because I liked some boy, or I was never going to make it as a painter. 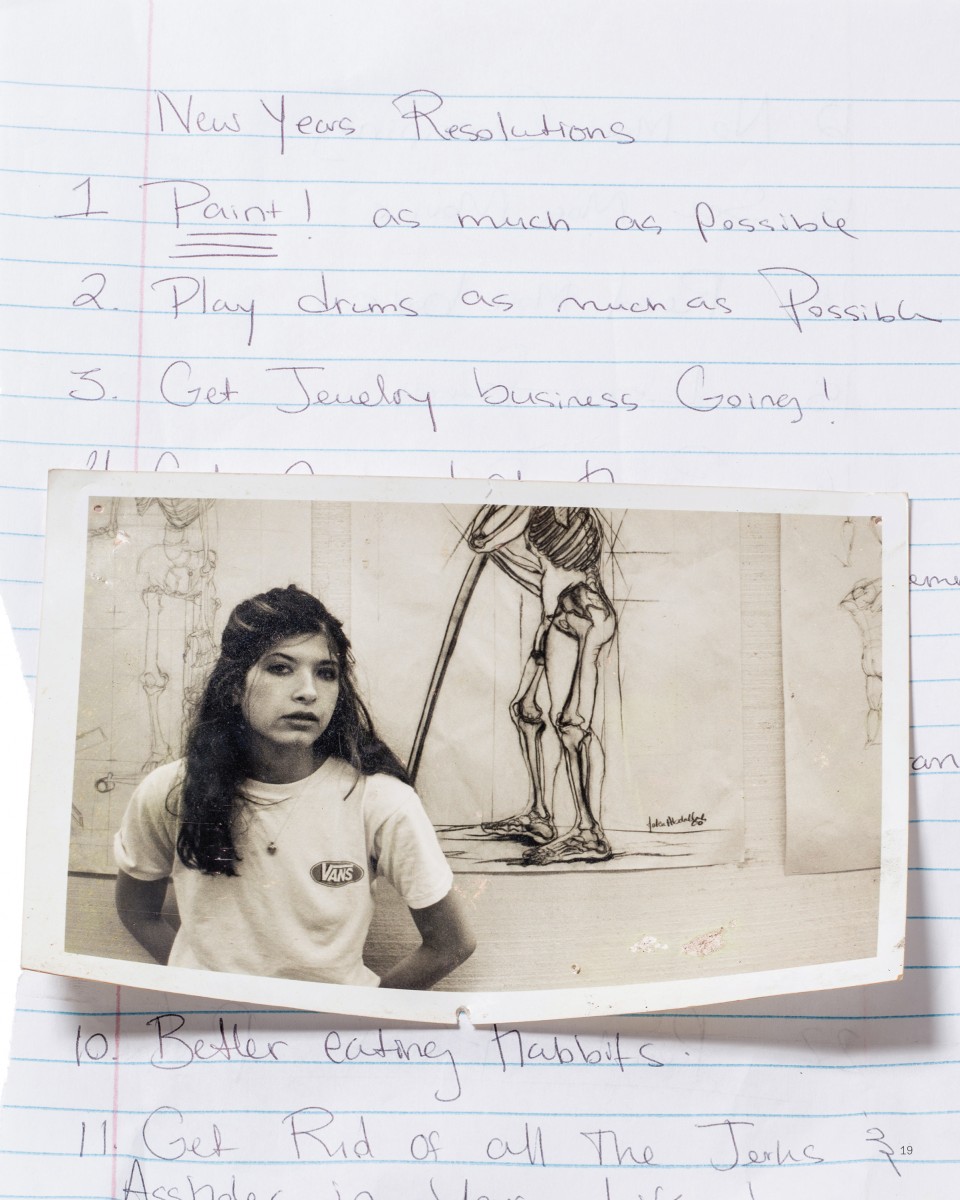 Did you keep any of your resolutions?
[Laughs] I got my jewelry business going! I don’t play drums almost ever, I don’t really paint because I don’t have much time, but I do have better eating habits!  Jewelry has kind of monopolized the drums and the painting.

How did you choose the quotes?
I’ve kept this journal since I was in middle school—it’s such a nerdy thing to do—of quotes. When I was working on this book I went back to that journal and went through it and found all of these very applicable quotes. And some of them are things that are more important to me now, like the Rumi quote that opens the book [Open to me, so that I may open. Provide me with your inspiration. So that I may see mine.] Rumi is someone whose work  is extremely important to me and I find very inspirational. So there were some quotes that I knew I was going to use from the beginning. But then there were others that I rediscovered in my weird high school and early college quote-keeping journal; it was funny to see how much of it that is still relevant.

What was the hardest part of the process?
The cover was really hard. I struggled over whether I wanted a really simple cover or really busy cover, what would be on the cover, what would represent the brand or me. It’s such a final thing—it’s the cover to your book. You’ll probably never do another book like this again, and this is your cover. That was really torturous. I don’t think we came down to what the cover would be until the 13th hour.

Was the title easy to choose?
My husband came up with that. I wanted to call it something way less eloquent, but kind of meant the same thing. It was about the journey of inspiration, from inspiration to object, or something, and my husband was like…that sounds bad. He’s always been so wonderful with words. I can’t remember exactly what I wanted it to be called, but the title was his suggestion. That was very early on, like in the first week of creating the book. 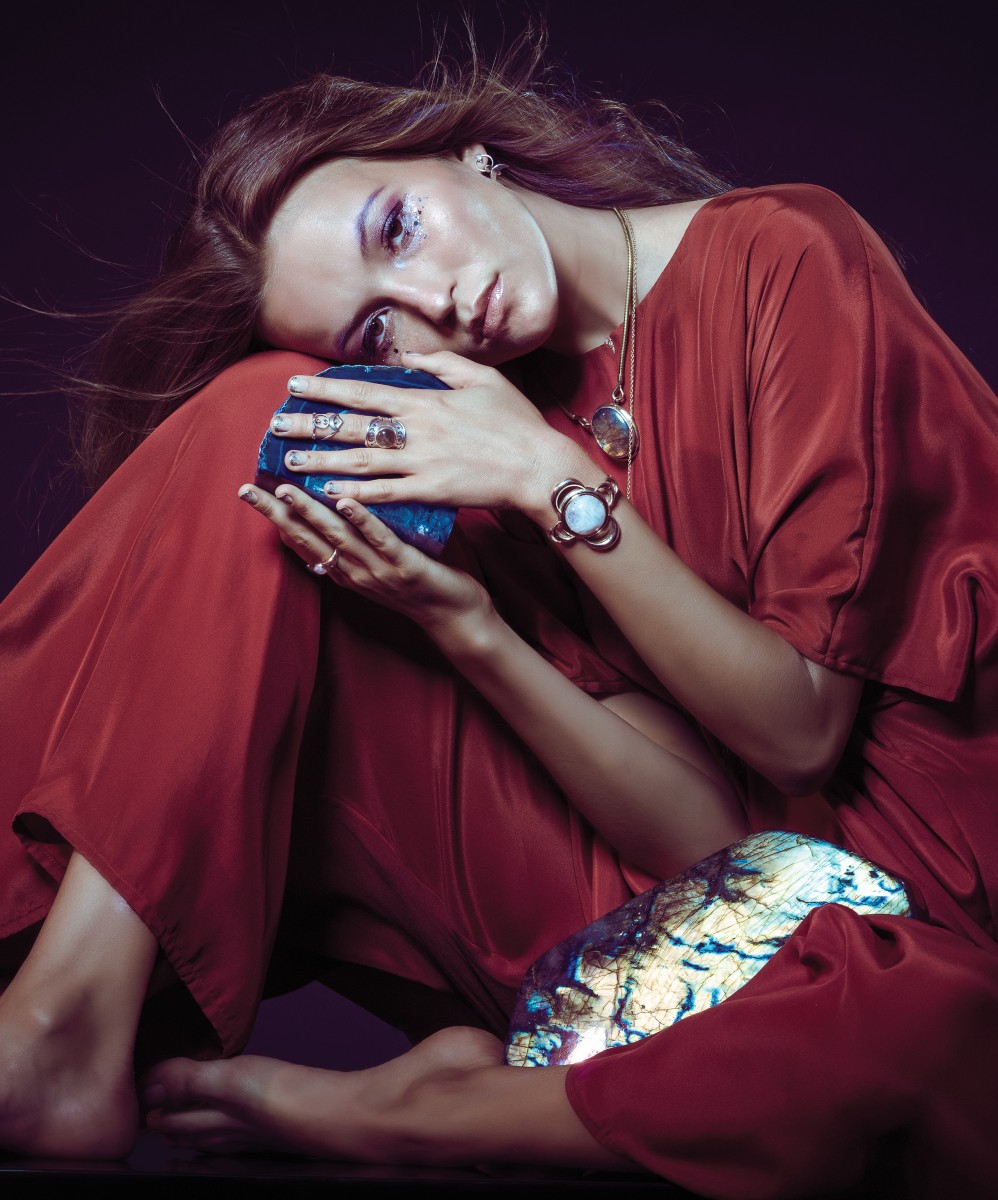 Who else did you consult when putting this together?
Mostly my design team. Jason, who is our photographer and who we also use for editorial, was a really big part of creating this book. He and I worked closely on everything—the layout, the colors, the retouching. Brian, the book designer, was a huge part of it. And Francesco—I shared drafts with him as we went through the process.

What are some of your favorite books?
My favorite book is Love in the Time of Cholera. For coffee table books, I’m not sure. There aren’t any on our coffee table now. My husband and I redid our house last year—we gut renovated it and all the books went up on the shelves are no longer out on the coffee table. We have a very clean pristine coffee table, so they aren’t fresh i n my mind! I’m more of a reader, I guess. There’s a photo book called William Eggleston’s Guide, which I love, and a beautiful book called Dust Book, published by Steidl, about this couple from France who traveled through the southwest, and it’s sort of like a photo scrapbook. I thought about scrapbooks a lot when I was creating this book.

What are some of the books in your queue?
This is super basic, but I my guilty pleasure is Gillian Flynn who wrote Gone Girl. I secretly, secretly, love Gillian Flynn. I’m really excited for whenever her next book comes out, but I’m not sure when that is. But that’s kind of embarrassing! [Laughs]

Do you scrapbook?
No, I definitely don’t scrapbook! [Laughs] But my ex-boyfriend, who’s a photographer and has some photos in the book, and I went to New Mexico a long time ago and we made a little book about it. He had a lot more to do with the actual putting together of the book than I did, but we worked together on taking pictures and creating this little book that we self published called A Ghost Country. We sold it in Opening Ceremony and stuff like that. One of the photos in that book is in Muses & Manifestations.

If you were to write a novel, what would it be about?
Probably a weird sci-fi fantasy novel, something totally ridiculous. Like a Star Wars fan fiction. [laughs]

Who would you choose to write your biography?
Lena Dunham.

What’s your sign?
I’m a very classic Pisces with Leo moon and a Cancer rising. You’ve got to know all of it! If you don’t know all of it, you don’t really know. You can’t really sum up every person that’s born in a month.