One Direction And Office Depot Take On Bullying 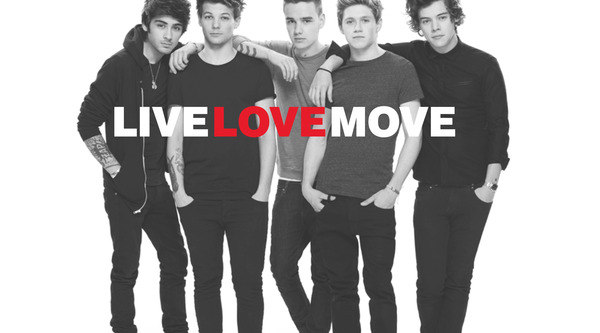 One Direction (as in Harry, Niall, Louis, Zayan, and Liam!!!! Squeals!) is partnering with Office Depot to serve as brand ambassadors of the store’s anti-bullying education campaign to be launched in schools across America this back-to-school season. Entitled “1D+OD LIVE.LOVE.MOVE Together Against Bullying,” the integrated cause-marketing campaign was created by SEW Branded. The campaign includes a 30 second anti-bulling PSA from the boys and a 70-second version that will run at their U.S. concerts. This summer, they encourage fans to help stop bullying and to “Live Nice.” How so? “From the conception of this campaign, I envisioned portraying the guys in a way that we have not ever seen them before via iconic black and white images that are arresting, yet classic and timeless,” Scott Woodward, the CEO and COO of SEW Branded explains. “The photos of the group and each band member individually are juxtaposed against bold, vibrant colors and text that communicate words and statements of youth empowerment, vividly conveying Office Depot’s anti-bullying and youth empowerment message.” That’s one direction we can get on board with!