On Set with Milly’s Michelle Smith for Pre-Fall 2017 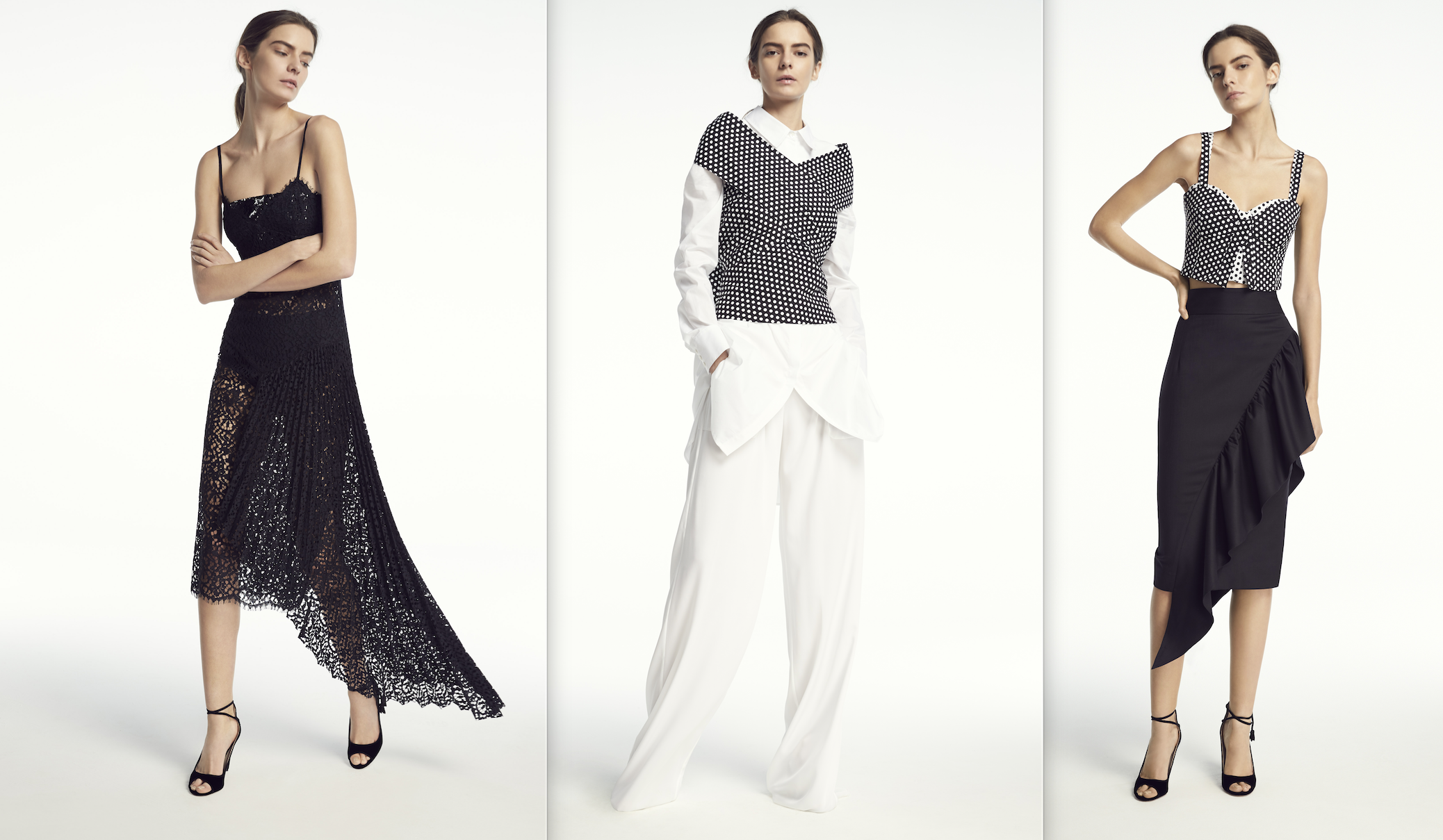 We caught up with Milly’s Michelle Smith on set at her Pre-Fall 2017 photoshoot at Sandbox Studios in New York City’s FiDi neighborhood to find out what she had on her mind this season. Not surprisingly, the election played a big part, but Smith maintained a hopeful outlook when conceptualizing her collection. “When I ordered the fabrics, it was before the election, so I had a very different mindset. Afterwards, I was really kind of shaken and I wasn’t sure what to design or what the mood was going to be,” Smith told The Daily. “I didn’t know how people were going to feel or what the world would be like in six months when this ships to stores. I wondered, ‘Is it wrong to be so opulent? Is it wrong to have too many ruffles or this or that?’ After thinking about it for a few days, I felt like it had to be about shining on and let it be about empowerment. I think the filter always changes about what female empowerment looks like—here, it’s clean, crisp, and feminine. I don’t want to lose that femininity, but I’m also borrowing from the boys and making it our own.”

That meant sexy backless jumpsuits in men’s suiting fabrics or dress shirts sliced at the waist or cut-out at the shoulders for a hint of skin. Sequined evening looks came in slouchy drawstring pants paired with a cashmere hoodie. “I love the idea of comfort, even if it’s amazing and designed fully in sequins,” said Smith. However, the most luxurious fabric in the collection popped up in the French lace looks, which were hand-pleated in New York City. These will be the priciest pieces in the collection and they are, naturally, the most covetable. But other standouts include the white strapless leather top paired with white leather pants or the ultra-sexy black leather dress with tie details, both of which come in leather that’s so soft, it might just feel like a second skin. As for the palette? Completely neutral, which Smith said was a reaction to the incredible abundance of color that was seen on nearly every runway last season. Whatever the mood come 2017, these pieces should suit all occasions, from serious to festive and everything in between.

All Aboard! Milly’s Michelle Smith Gives Us...