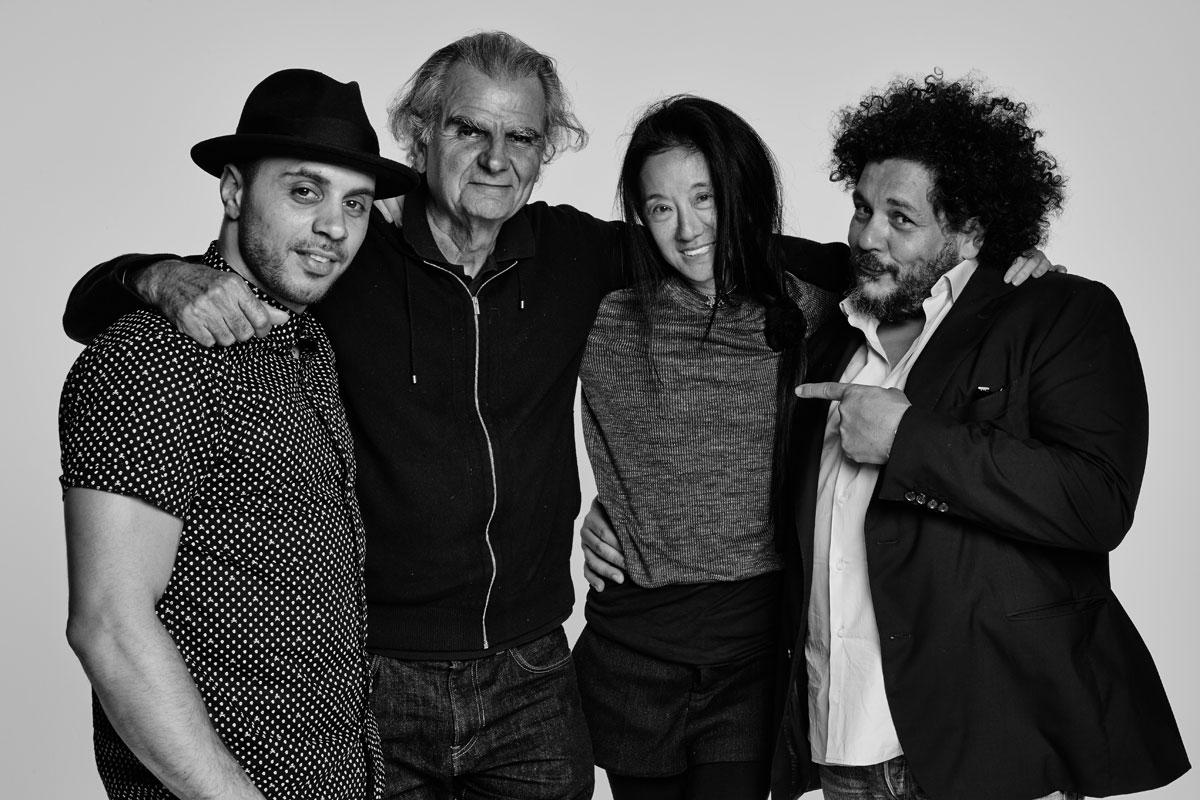 Dancer, choreographer and personal trainer Normann Shay has worked with Madonna for years as the Queen Of Pop’s creative movement director. From working with Pascal Dangin and Steven Klein to his proudest days of touring with Madge, the multi-talented go-getter tells your Daily his story…

What does it mean to be a ‘Creative Movement Director’?
My role is to help photographers and directors make their dreams come true! I try to add more creativity by creating poses and movements for the models who are being photographed for still pictures. I also choreograph movements, and sometimes dances, when working on videos.

How did you make your foray into this side of the industry?
The people who really introduced me to this beautiful work is Pascal Dangin and Steven Klein. I met Steven through Madonna and have known him now for over 10 years, and I actually met Pascal through her, too. He worked on her tour and was the one who asked me to choreograph a music video for Brooke Candy. From there, we built a relationship and he asked me to work with him on the poses of models for a photo shoot he was doing for Vera Wang with Patrick Demarchelier. The models were new and didn’t exactly know how to move, so I came up with different poses and Pascal really liked it. Steven then asked me to do the same kind of work for V  for shoots with Madonna and Katy Perry. A couple of days before the photo shoots I hired dancers to come up with the movements and Steven was impressed with my creativity. He was like, “Wow, I wasn’t expecting you to come with such fashion eyes!” After that, he’s called me more and more, and now I keep getting more clients.

Do people ask you ‘How was working with Madonna?’ a lot?
Of course! Everyone asks me that, and they also ask how I started dancing. All I have to say back is, ‘My school is Madonna’. Working with her is beautiful because I learned everything that I know from her.

How did you guys meet?
I auditioned for a music video called “Hung Up” and  I didn’t know who the artist was. I actually thought it was for 50 Cent! I had no idea. There were about 500 people at the audition. I brought four people from my dance group to the audition, and the five people that they ended up selecting were me and all of my dancers. When we got the job, we went to the rehearsal and still didn’t know who the video was for. When they called us to the studio I was like, ‘Can I have a little bit of info, I have no idea who this is for!’ And the woman was like, ‘Nobody told you? It’s for Madonna!’ I was so into the moment that I didn’t even feel shocked. I just went into the room and she came in and I was like ‘Oh, she’s small!’ She started speaking French to me and the connection was great right from when we met. When we’d shoot she’d always talk to me and ask about my style and opinions. I think it made a lot of people jealous because I was the one she talked to when we were on breaks. After the video was done, she asked me if I was free to go perform with her at the MTV Music Awards in Portugal. I was like ‘Yeah, of course I’m down!’

Why did you want to transition into fashion?
It’s a new challenge for me. When things are new, they’re exciting because you’re always learning.

Who are some of your favorite models and brands you’ve worked with?
Joan Smalls, Adriana Lima, and Rosie Huntington-Whiteley. They’re super nice, and I love adding more flavor into their style of posing. They love it! I’ve worked with brands like Balenciaga, True Religion, Bloomingdales, Balmain, Alexander Wang…so many.

How do you come up with the movements?
It depends. Sometimes the photographer sends me references before the photo shoot, but I honestly get the most inspiration from music. It helps create a certain mood. When I did a shoot for W with Steven, I had to handle 36 girls, which was really difficult. But, with the music, we kind of just went with the mood Steven wanted and created more poses.

What’s your go-to music on a shoot?
All of the models love hip-hop! Joan Smalls especially loves it. We also did a fun shoot with Balmain and played some old-school Michael Jackson. The girls all went crazy and loved that, too.

You’re also a personal trainer, right?
Yes, I’ve been training Madonna for three years. We don’t train as often now, more when we were dancing together, but when we did I also trained Stella McCartney and some other famous people she’d hang out with who would come to train with us.

What forms of exercise are you into these days?
I’m really into Brazilian jiu jitsu. I’m training at the Renzo Gracie Academy, which is one of the best academies in the world. I’m very happy about it. Madonna’s ex-husband Guy Richie introduced me to it. I also go to the gym and train myself to build muscle and do cardio, but I’ll also to MMA fights. I really enjoy the sport.

What’s been one of your proudest career moments?
When I was on tour with Madonna, we did a show in Paris about four years ago. At the end of the show, we formed a moshpit and all went crazy on stage with her. Someone threw the French flag on stage and I caught it. At the end of the show when the lights were about to go down, I put up the French flag and everybody screamed! I felt like I was at a football game. The crowd went out of their mind. Some of the fans knew I was french, so it was a proud french moment!

Nick Gruber Is Getting Married!