Look of The Daily: Constance Jablonski in Joseph 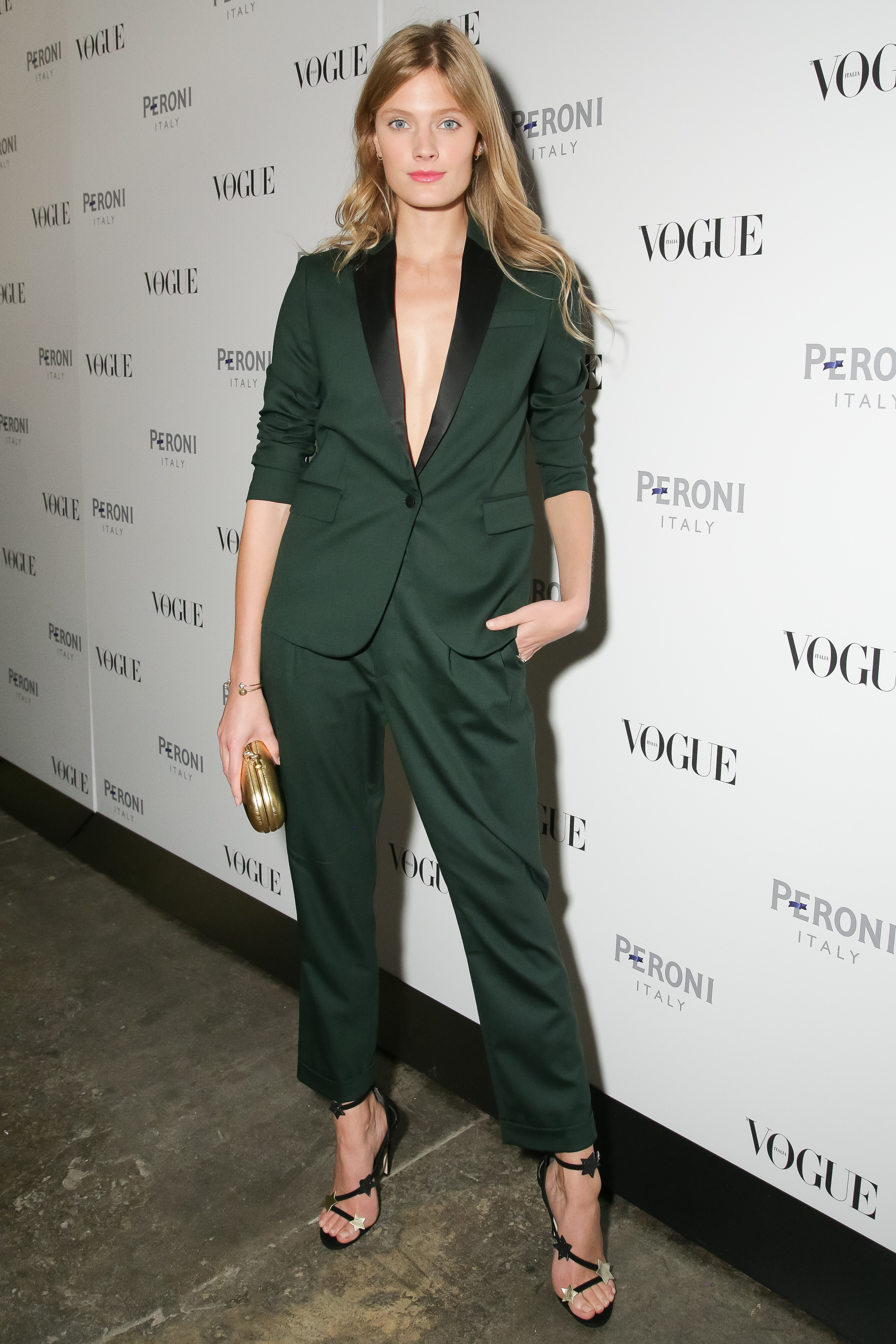 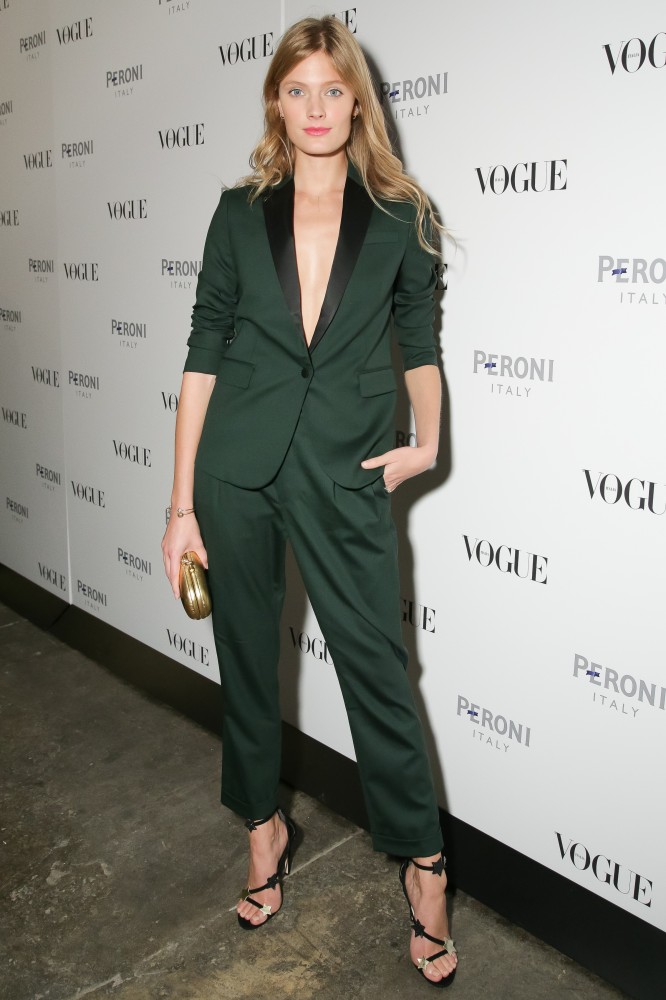 Look ma, no shirt! Constance Jablonski stunned last night in hunter green in a look courtesy of JOSEPH’s RE15 collection.  (The jacket retails for $895 while the trousers go for $445.) The French mod was at Industria Studio for ‘The Visionary World of Vogue Italia‘ presented by Peroni Nastro Azzurro exhibition’s opening night. The evening brought out Zach Quinto, Ellen von Unwerth, Baz Luhrmann, Carolyn Murphy, David Hart, and Giovanna Bataglia to name a few, who watched 30 featured videos inspired by Vogue Italia’s 50th anniversary with contributions by Luhrmann, Marina Abramovic, Philip Treacy and Manolo Blahnik to name a few. “The image today is the new language,” Franca Sozzani recently told The Daily about the exhibition. “With an image, you can communicate with everyone. With our anniversary and me being there for 25 years, I say that I invented the Instagram. I only did images and few words.” Anybody keen on catching the free exhibition has until October 22nd to head down to Industria Studios in Studio 10 in New York, where the exhibit will be on display 10 a.m.- 6 p.m. You can also view the entire exhibition online HERE, which works out well if you’re more intent on staying plopped on the couch. 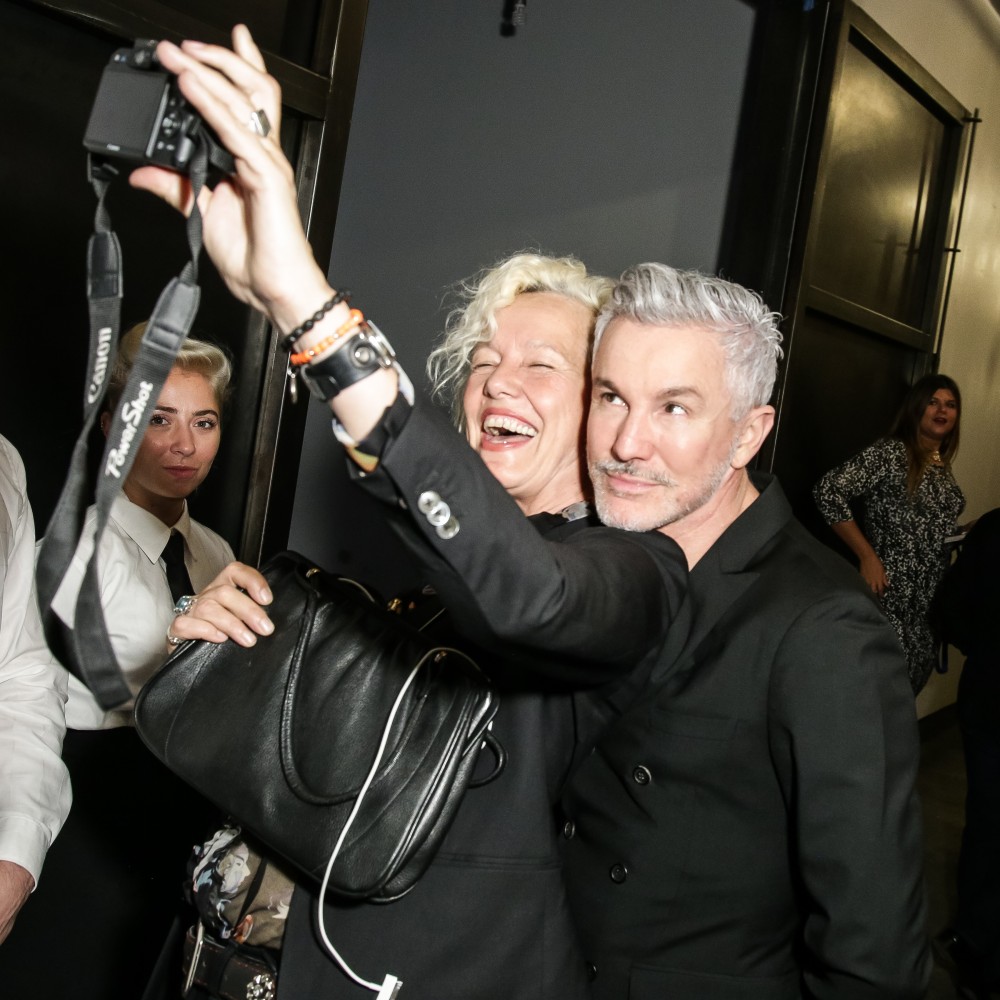 Baz and Ellen get their selfie on. 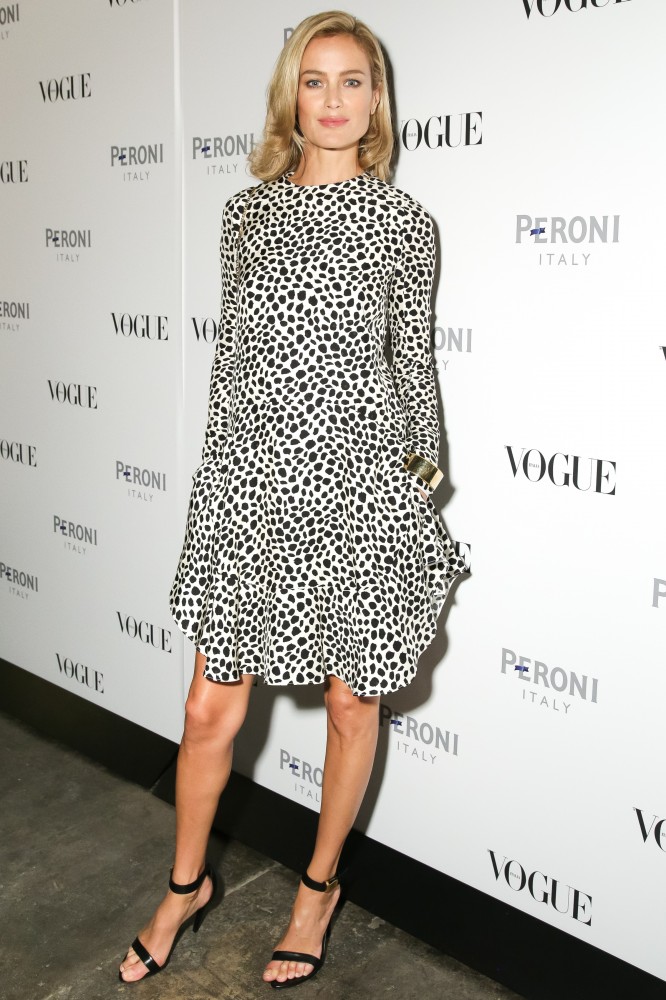 On The Spritz! With Miranda Kerr

Honor And Stone Fox Bride Pair Up For A Romantic Collab