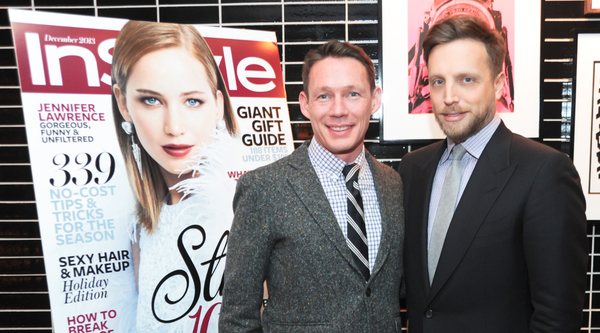 (NEW YORK) Join InStyle For A Google+ Hangout To Discuss Who Will Wear What At The Oscars [InStyle]
Ariel Foxman and Eric Wilson will join Rachel Roy, Beth Buccini, and Sarah Easley as the hosts of the #OscarsDressDebate.

Meet The Actor, Pierre Niney, Who Plays Yves Saint Laurent In The Biopic On The Designer [Vogue UK]
He was so believable in the part, he had Pierre Bergé in tears.

Marc Jacobs And Katie Grand Have A Prada Moment [Style]
The duo are matching in their furry rainbow coat.

Superga Taps Suki Waterhouse As Their Latest Face [Grazia]
Check out some behind the scene images of her in action and shooting the campaign.

A Tutorial On How To Take Care Of Your Nails! [DuJour]
With some advice from nail guru Deborah Lippmann, as well as some nail inspiration.