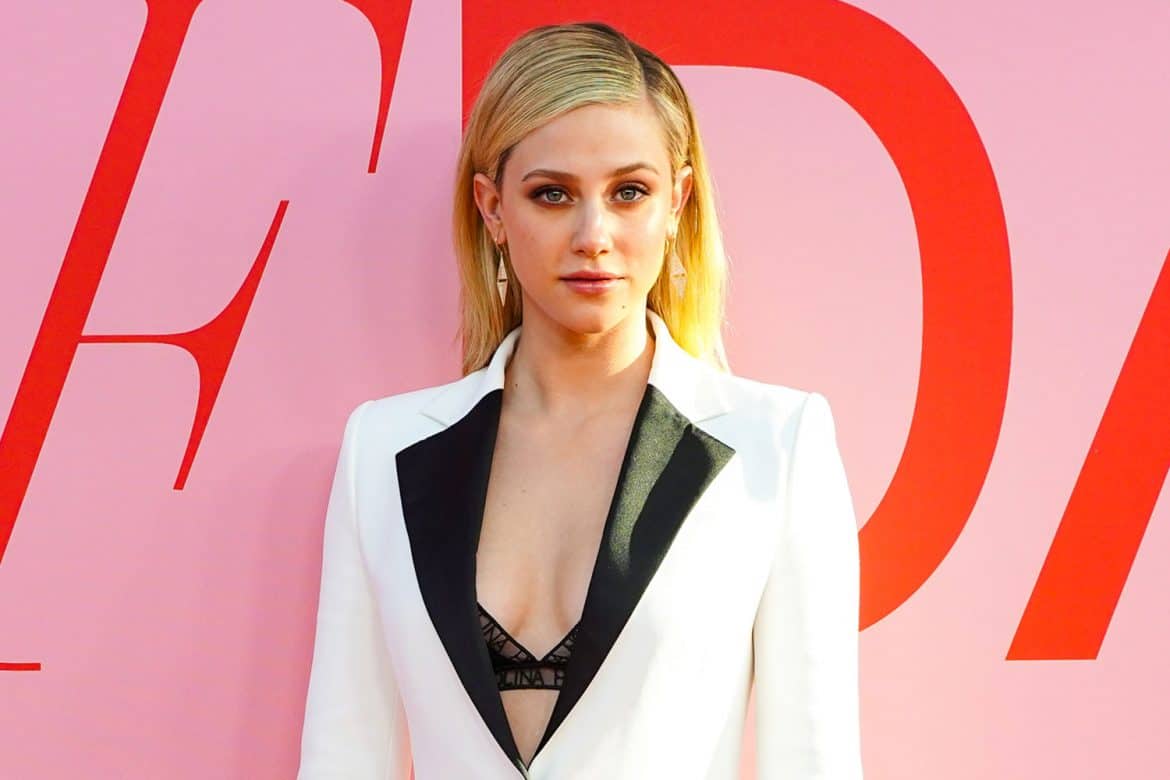 Last week, Lili Reinhart was in Brooklyn to help celebrate the relaunch of the American Express Green Card. The Daily caught up with the Riverdale star to find out how she spends her money and get her (controversial AF) pick for the best tacos in LA.

What was your first credit card purchase?
I don’t know! Probably something really stupid, like McDonalds. When I first got my credit card I had no idea what I was doing. I had to ask my mom to help me out. She kept telling me, “You need to build credit!” And I was like, “Well, you’ll need to help me with that. I’m not an adult yet!” She told me just use to use it to pay for things like gas, but now I use it for a lot of things. Green from AmEx is what I’m currently using. I applied today and got approved today. Thank god!

Were you worried that you wouldn’t get approved?
I would have been a couple years ago, but my mother has really helped me build good credit.

What do you like about the card?
It gives you three times the points on travel and transit — like Uber and ride share apps. That’s pretty much my life. I am always traveling to LA and New York. I was just in Toronto. I go to Europe. It’s helpful to have something in your back pocket that supports your lifestyle without you even having to think about it. 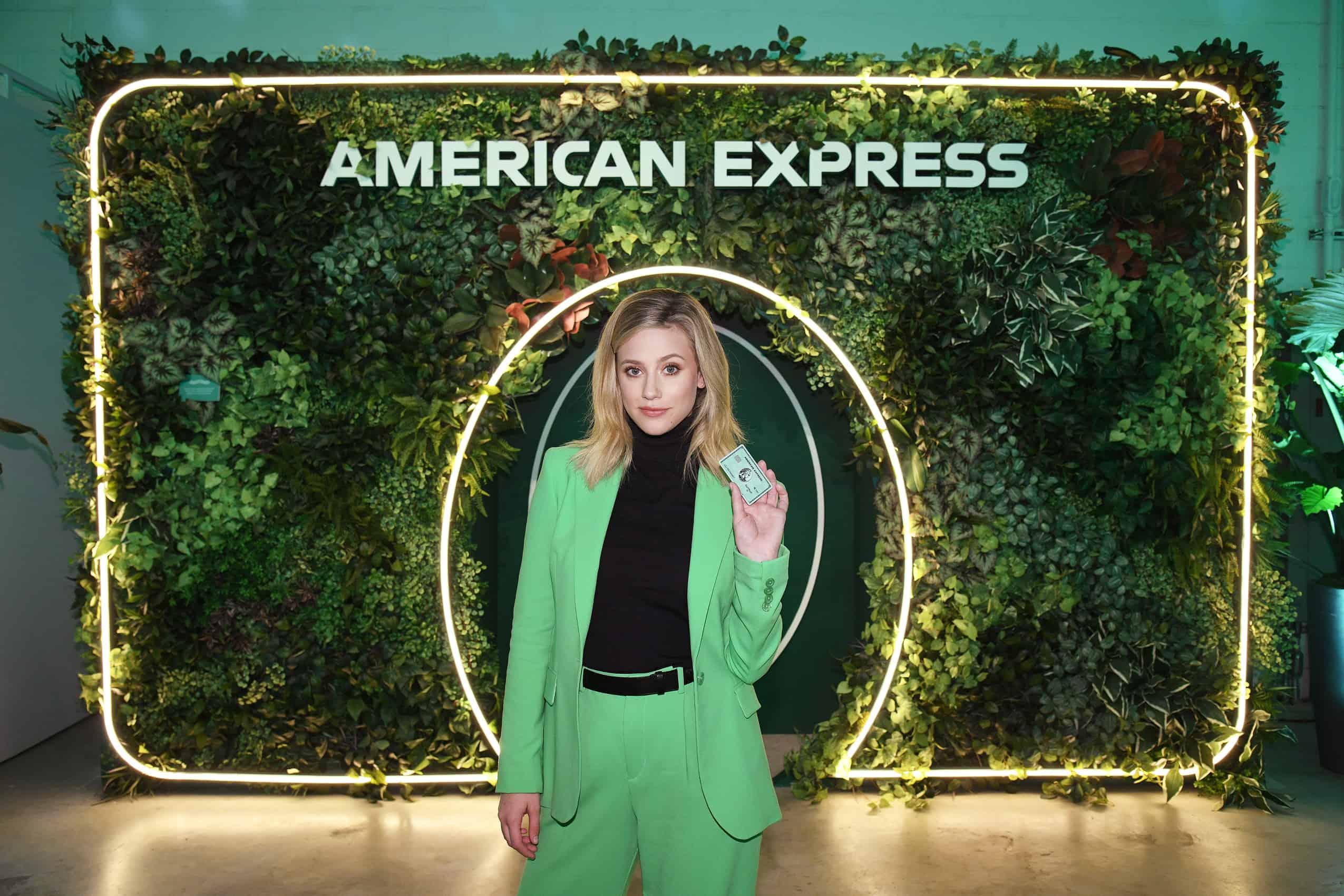 Have you had a points card before? What was the last thing you bought with points?
I have, but I’m a hoarder with my points. I don’t spend them. It’s the same when I go to Sephora and I have my Beauty Insider card and they’re like, “Do you want to claim your points today?” And I’m like, “No, bitch! I’m keeping these points!” That’s probably how I’m going to be with this too.

What area of your life do you spend the most on?
Food. Without a doubt. Well, and travel. But, again, a card that rewards dining and travel, I’m like “Alright! Sign me up.” That’s all I do all the time: eat and travel and work and sleep.

What is the best restaurant you’ve been to recently?
Recently… I don’t know. My favorite Chinese food place in Vancouver closed earlier this year and it broke my heart. But every time I come to the states from Canada, I eat a lot. Vancouver has a lot of restaurants, but when you go to a huge city like LA or New York, the options are endless. I eat really poorly when I’m in the states. I had Taco Bell for lunch today. There’s not a Taco Bell near me in Vancouver, so when I come here I like to eat it.

Do you have a favorite LA taco spot? Where do you like to have Mexican in LA?
Taco Bell.

Shameless. Ok, what is your Taco Bell order?
Medium Mountain Dew — regular, not Baja Blast —  three soft tacos with no lettuce or tomato, so just meat and cheese.

Which meat?
The seasoned beef! [Gives me a look like there is literally no other acceptable answer.] I had it for lunch today and they were like, “Which meat [do you want]?” And I was like, “The seasoned beef, bitch!” And then chips. I like the crunch with the soft tacos.

Where did you go on your last vacation?
I just went to Paris for the Miu Miu show, but before that I went to Mexico during the hiatus between season three and season four of Riverdale. I thought I booked a place by the ocean, but it turns out I did not! Instead, I was at a ranch that was an hour and a half away from the beach. So I had a ranch vacation, which was actually really wonderful. I held a baby duck. Saw some huge pigs. It was great. I would recommend! It was called the Hacienda de San Antonio. It was this gorgeous estate in the middle of nowhere. It was amazing.

French maid meets Victorian Dutch girl with some edge. I am so grateful to have been invited to this gorgeous show, thank you for having me #miumiu 🌷

Do you know where you want to go next?
I do. I’m planning my vacation for New Year’s, but I don’t want to say where, because I don’t want anyone to stalk me. But I really want to go to Italy. Or the Maldives! I want to go there during my next hiatus.

What do you do with it all?
I give a lot of it away to my friends. My one friend, Taylor — Shout out to Taylor! Maybe she’ll be mad at me, but I don’t think so — her entire wardrobe is stuff I’ve given her that doesn’t fit me or isn’t my style. I get a lot of things sent to me and a lot of it I love and keep — probably more than I should — but a lot of it I give away, which is really fun to do. I feel like Santa all year round.

What was the last luxury item you actually paid the full retail price for?
I bought black boots by Common Projects. They were a splurge. That was right before I went to Paris. And, actually, I also bought myself a Dior bracelet for my birthday, which was probably the most expensive piece of clothing or jewelry I’ve ever bought for myself, but I was like, “I deserve it! It’s my birthday.”

Yeah! Were you by yourself when you bought it?
No, I was with Cole — my boyfriend — and he convinced me to do it. He was like, “It’s your birthday. You’ve worked hard.” So I bought it for myself and I don’t feel guilty about it. I don’t do that kind of thing a lot. I’m very stingy. I save my money.

Any money saving tips?
Don’t overspend on your credit card! Even little purchases can really add up and your credit is so important. Beyond that, though, realize that you can live a very fulfilling life without it being lavish or luxurious. I think people mistake living a happy life with having a lot of money and I don’t think that’s the case. I think you can find experiences with friends and family that are free that are just as fulfilling as going on a vacation to Bora Bora.

The Adorable Story Behind Christian Lacroix’s Most Famous Magazine Cover

Nicole Miller Wants You to Shop With Sustainability In Mind