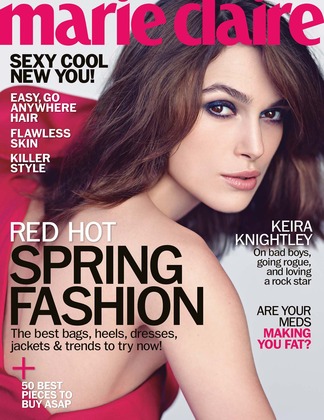 Keira Knightley covers Marie Claire‘s March issue and talks to them about bad boys, going rogue, and loving a rock star. The Can a Song Save Your Life star also chimes in on her royal feelings. “I’m over the moon about the royal baby,” she tells them. “But I really can’t mount an argument in favor of monarchy. Is that treason? Do I have to turn in my passport?” She went there. The new issue comes out on February 12th.

Josep Font: Getting to Know the Man...

How Heavy Is Your September Issue? Someone...

How Heavy Is Your September Issue? Someone...