Josep Font: Getting to Know the Man Behind Delpozo 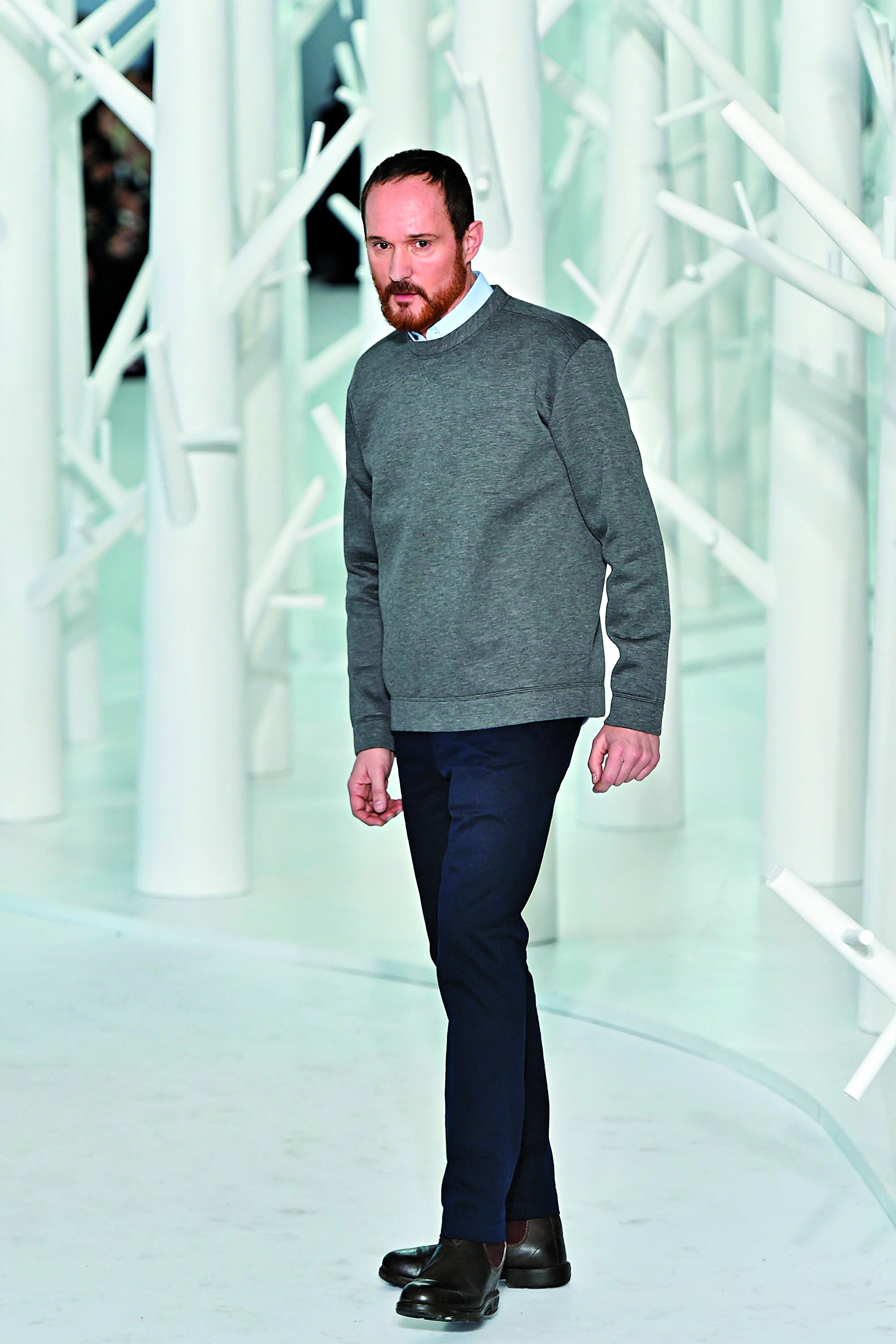 Trained in couture with a background in architecture and an incredible eye for color, Josep Font has been putting Delpozo on the fashion map since he was tapped to revive the Spanish label in 2012. Experiencing the clothes in person, one is struck by the enormous amount of detail, precision, and luxury fabrication in each piece. Font fills us in on what inspires his vivid designs.

You started out as an architect. How did you end up in fashion?
Since I was a child, I’ve always been intrigued by fashion. However, I decided to train in architecture, as it was a more formal and traditional study, which I don’t regret at all since it brought me a broader insight into proportion, shape, and volume, which I apply in all my collections. During that period, I started to take design courses, and I participated in a competition in Paris. Winning the Air France Mode Prix made me finally realize that fashion was my path to follow.

When and where did you learn how to make couture?
I’ve always been very fond of the Spanish traditional craftsmanship, paying attention to every detail, and using delicate techniques to create beautiful pieces. I was honored to be invited by the Chambre Syndicale in Paris to show during four collections at Paris Haute Couture, which was where I truly learned the tradition and savoir faire of couture.

What are some of your earliest fashion memories?
My mother used to take me shopping with her when I was a child, and she always asked for my opinion when she was trying on clothes.

Who are your fashion icons or mentors?
Pedro Rodríguez and Balenciaga are my main references in design. They have inspired me a lot and I respect their work very much. I personally admire Jean Seberg—I love her indecency and modernity.

How were you enticed to work for Delpozo?
I was in China when Perfumes & Diseño approached me with the project, and the entire idea of Delpozo fascinated me. My intention was, and is, to offer a fresh and modern vision with respect toward the legacy of the house. We’re starting a new chapter for the brand with a new language. Since the beginning, they have given me the freedom to create a new brand from a renowned fashion house with a 40-year history in Spain.

What can we expect from this season’s collection?
Delpozo Spring/Summer 2016 collection is a fusion between García Lorca’s fearless, fiery women of the South and Gustav Klimt’s young lover and muse, Emilie Flöge, of the North. We reimagine a modern woman through prints, and delicate fringes and ruffles of various sizes. Inspired by the bohemian ease of Flöge, who discarded the corset in favor of a relaxed silhouette, there is an organic volume in the shape of circles found in skirts and sleeves. The tailoring, proportion, textures, and details such as hand-crocheted raffia flowers evoke Flöge’s passion for folklore, yet are reimagined in a fresh way through the skills of the Delpozo atelier.

How does your Spanish heritage influence your designs?
In Spain, there is a strong tradition of craftsmanship and a know-how in time-honored techniques, so of course Delpozo feeds on the Spanish culture in this aspect, but many of my inspirations for my collections come from art, painters, or artistic movements from across the globe. I think and work in a very global way, and of course Spain is within me. I’m from here, but I like to look at other places for references.

Why did you initially decide to show in New York and not Europe when you came on board as creative director?
We chose NYFW as we felt the city was the place to show Delpozo—modern and sophisticated. From the start, we knew it was the place to be and where we had to introduce Delpozo globally. New York is a window to the world and a great place to showcase our collections.

You are known for your use of color. Did you always have an eye for it?
Color is very important for me. We do color research before starting a new collection. For example, our Fall/Winter 2015 collection took the colorful palette of Australian artist Rhys Lee as inspiration. It is an element that also helps create visual volume and identity.

What is your design process?
My starting point for each season is a recent exhibition I visited, a trip I took, or a book I read, and several ideas start circling in my mind. My team and I research the concepts or elements in more depth, and the strong focal points start to surface. I try to fuse them and combine them in a way that is unexpected, yet wearable. Then we begin a big research period involving colors, shapes, textures, and fabrics, in order to create the new collection.

You recently created an exclusive capsule collection for Net-A-Porter. Are exclusives for online retailers becoming de rigueur?
We had this great opportunity to collaborate on a unique project with Net-A-Porter, and it was a very natural process, as we’ve been partners since our first collection we showed in Madrid. We are very happy with the outcome. I feel a brand needs to offer product that speaks to the customers, and I feel that clients are asking for more unique pieces, which capsule collections are all about.

The hats from your Fall collection were particularly fun. What inspired those?
The entire Fall/Winter 2015 collection was inspired by Rhys Lee and Russian painter Andrey Remnev’s modern interpretation of the Pre-Raphaelite spirit. Color and texture played a signature role this season, and I wanted to create something that was feminine yet strong. It wasn’t a bow shape, but more like a knot that gave that fresh spin on a traditional headpiece.

Why did you open a store in Miami instead of New York?
The brand wanted to find a space where it could offer a shopping experience in line with its image and positioning that would satisfy clients in the United States as well as South America. It’s a destination hub that mixes all types of customers, and we felt that is part of what Delpozo stands for.

When can we expect a New York store?
New York is of course on our mind and will be in the near future. Now, we have entered key markets such as Europe, the Middle East, and Asia and this will continue to be our main objective: to establish our position in a global market.

What kind of women wear Delpozo? How would you describe your clientele?
She is a global woman, with no specific age or nationality—she has a certain attitude toward life and fashion. She knows what she wants, she is confident, and fashion is a way for her personal expression.

Who have been some of your biggest supporters?
We’ve felt very welcomed both by retailers and the press, and we are very happy that they understand what we want to become. Actresses like Julianne Moore, Cate Blanchett, Keira Knightley, and Kiernan Shipka have supported us as well, which is amazing.

Who was the first celebrity to wear the brand?
One of the first actresses to wear our brand was Kate Mara, who accompanied me to the Met Gala two years ago. We’ve dressed several celebrities before, but that appearance was very important for us, just two months after we presented our first collection in NYC.

How do you celebrate or unwind after you’ve shown a collection?
We celebrate, all the team together, with a big lunch after the show, but we don’t have very much time as we usually have already started to prepare the next collection. Now that we are making pre-collections, our time is even more limited.

What are your passions outside of your job?
I like to browse furniture stores, art galleries, and ballet exhibitions, and on the weekends I try to go to the countryside, where I truly relax, anytime I can.

What is your favorite movie?
Any of Jacques Demy’s.

What is the last great book you read?
Le Rouge et le Noir, the Stendhal novel.

Shoe of the Daily: Nudist