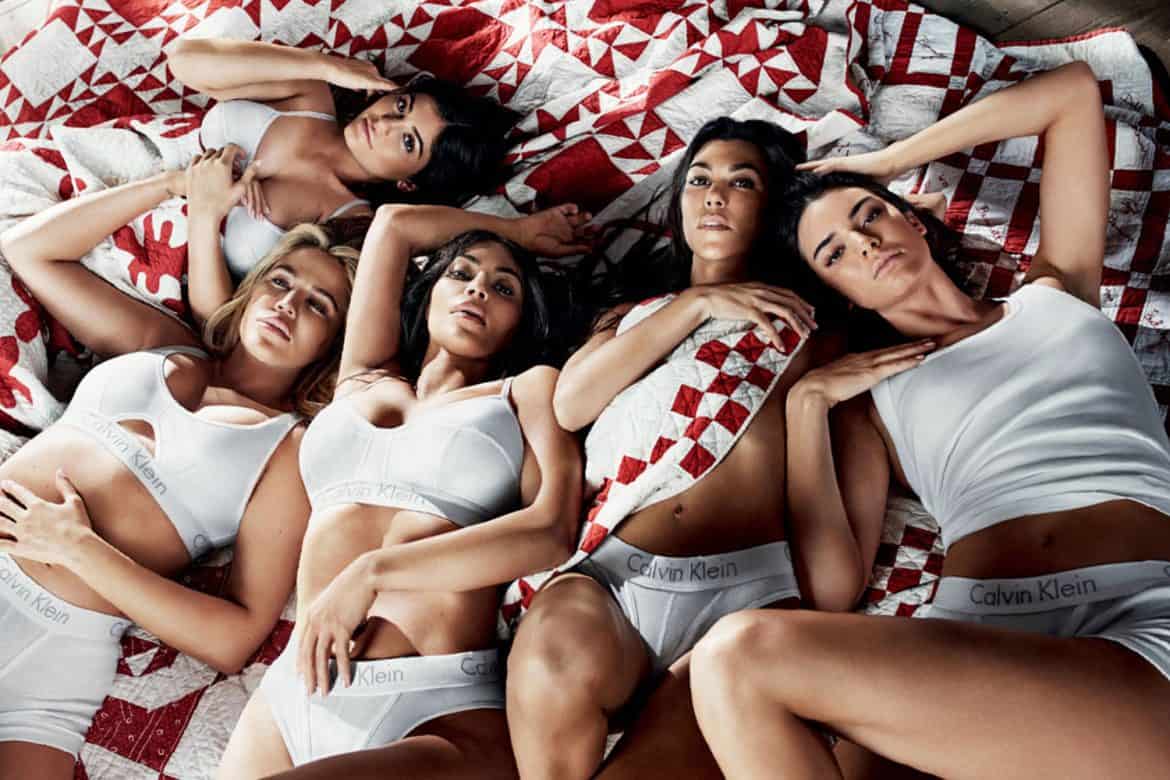 The Kardashian-Jenners Are Selling Their Old Clothes
Love the personal style of the Kardashian and Jenner sisters? Well, now you can buy their old clothes! The family is launching Kardashian Kloset, a luxury resale site featuring 250 previously-worn pieces. The site is starting with items owned by Kris, Kim, and Kylie, with prices ranging from $20 to $9,000. Pieces owned by Khloe, Kourtney, and Kendall — including clothing and accessories — will be released later through weekly drops. Kardashian Kloset officially opens today at 9am PST, noon EST. Recently, the Kardashian-Jenner women appeared on the cover of CR Fashion Book, their first as a group in four years. 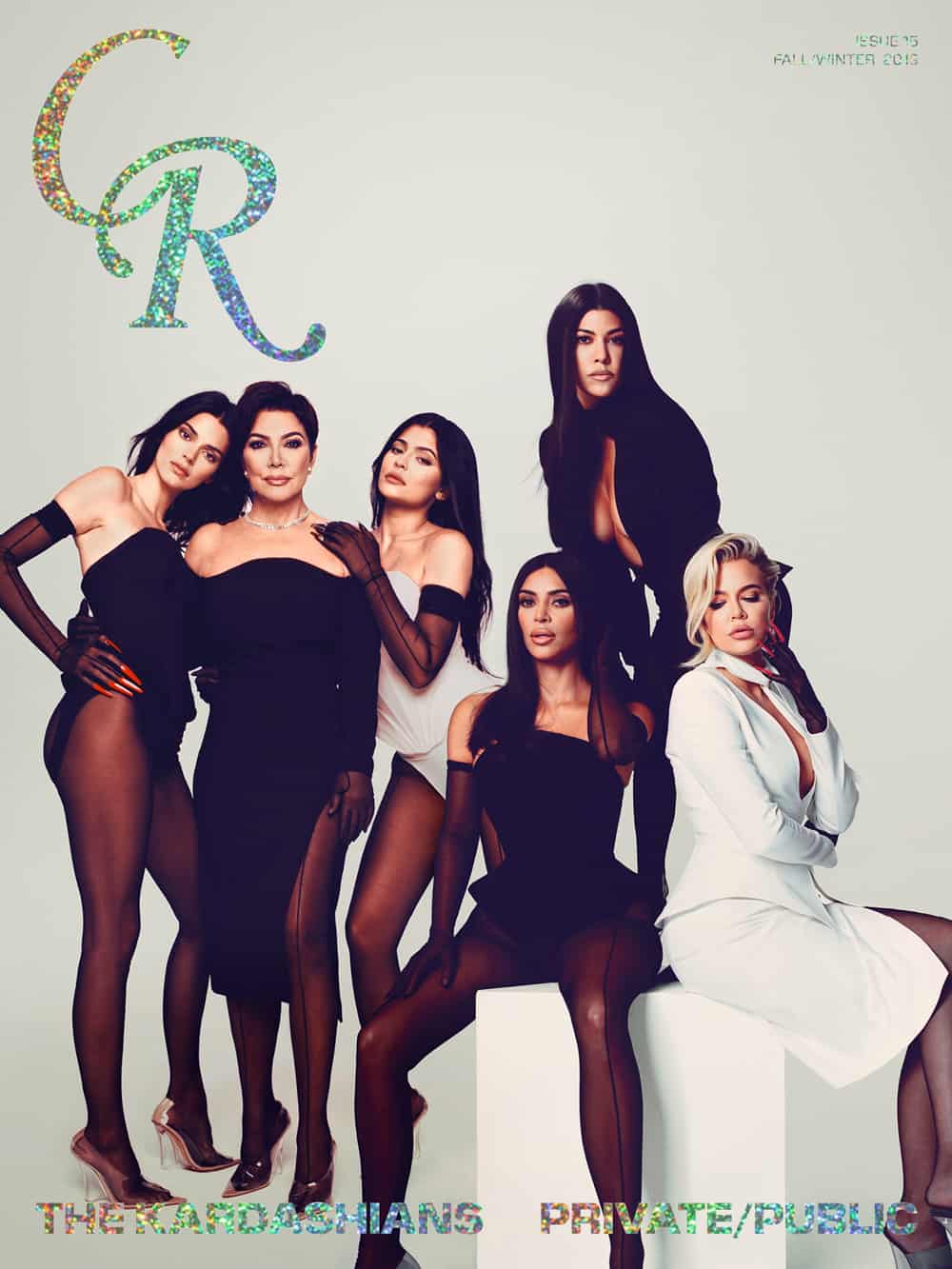 Layoffs at Sports Illustrated Under New Owner (NPR)
On Thursday, “about half” of Sports Illustrated‘s newsroom was laid off in the wake of its new digital publisher, TheMaven, taking over. Now, SI staff members are launching a petition to its parent company, Authentic Brands Group, asking it not to hand over editorial control. “TheMaven wants to replace top journalists in the industry with a network of Maven freelancers and bloggers, while reducing or eliminating departments that have ensured that the stories we publish and produce meet the highest standards,” says the petition. “These plans significantly undermine our journalistic integrity, damage the reputation of this long-standing brand and negatively [affect] the economic stability of the publication.”

SI was sold to Authentic Brands in May. At the time, its previous owner, Meredith, had a deal to continue producing the print magazine and run the website, an arrangement that was supposed to last at least two years. But in June, Authentic Brands struck a deal with Maven, giving it editorial ownership. “As the new licensor of… Sports Illustrated, Maven made the Sports Illustrated personnel decisions that Meredith communicated to the SI employees today,” Meredith said in a statement. “Going forward, the remaining SI employees will work at the direction and at the pleasure of Maven.” 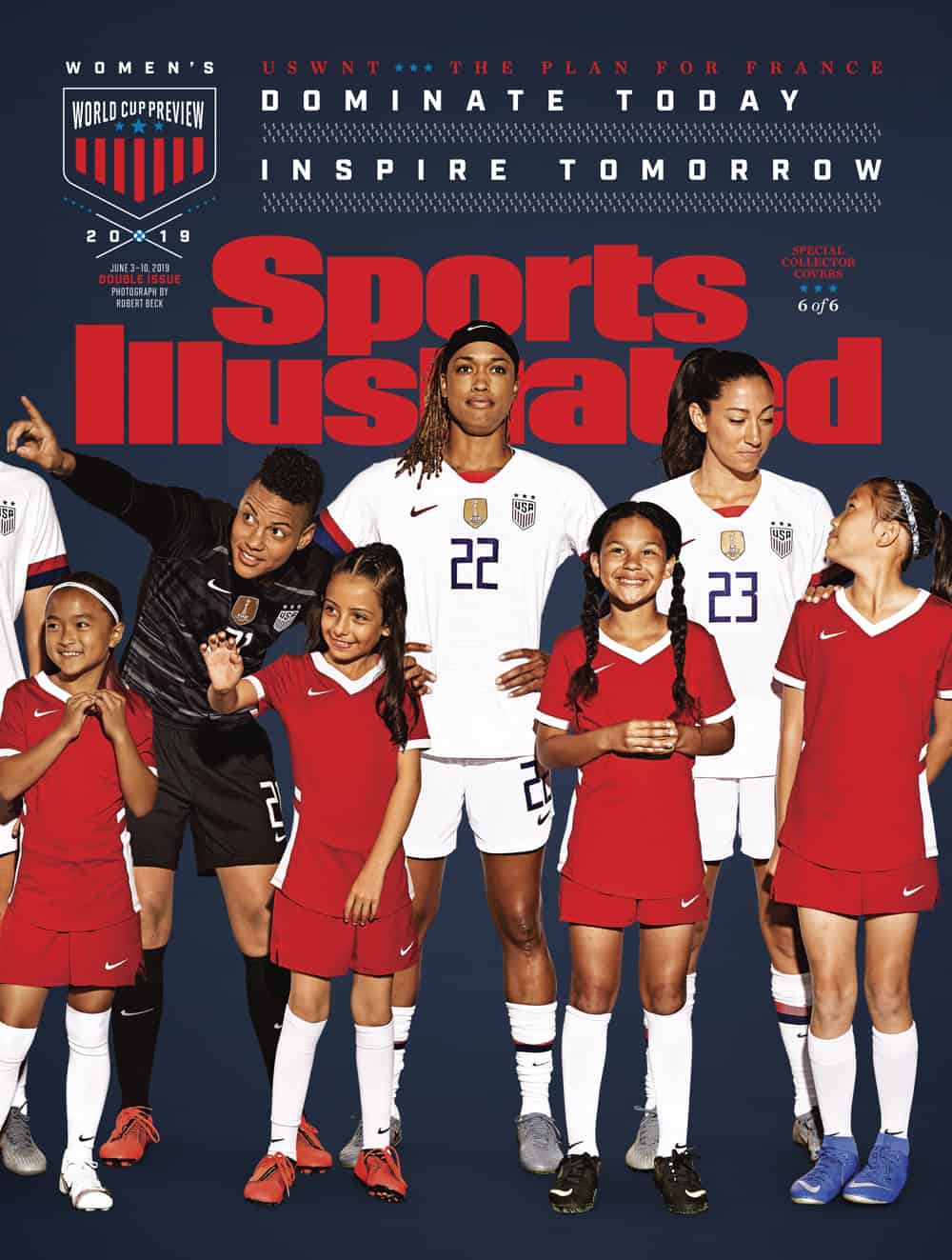 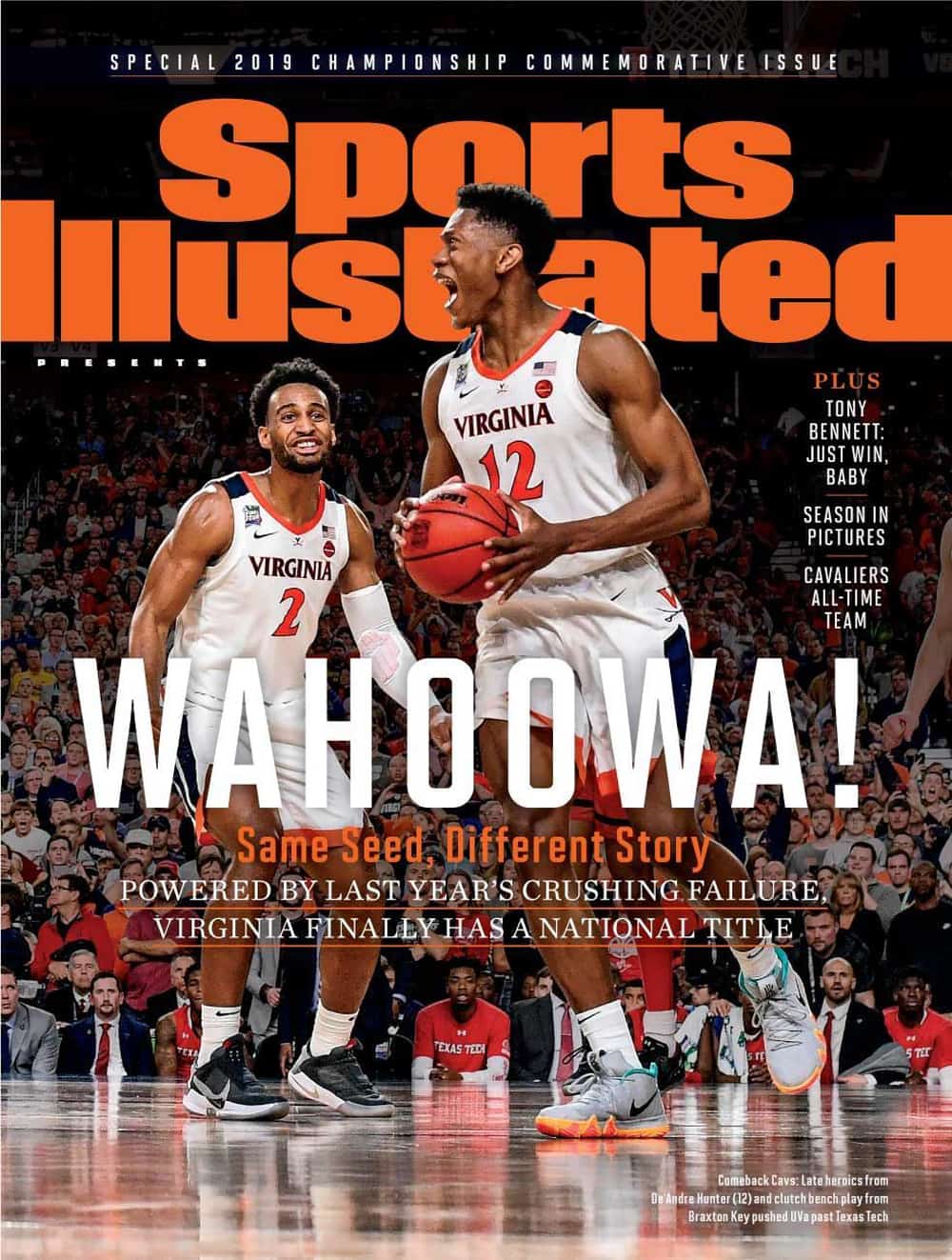 Fashion Brands Team Up to Fight Counterfeits on Amazon (Fast Company)
Despite Amazon’s best efforts, brands are concerned that it is still too easy to sell counterfeit items through the site. To combat this, The American Apparel & Footwear Association is recommending that Amazon’s Canadian, German, French, Indian, and U.K. websites be added to the U.S. government’s annual “Notorious Markets” list. This could potentially force Amazon to “take stricter measures to curb counterfeiting” through the use of trade sanctions or “other legal means.” Amazon says it has worked hard to block over three billion “suspected bad listings.” In 2018, it invested over $400 million to protect customers from “fraud and abuse in our stores.”

Estée Lauder’s Chairman to be Honored at the Lincoln Center
On November 18, the Lincoln Center Corporate Fund will host An Evening Honoring Leonard A. Lauder during which Mr. Lauder, chairman of The Estée Lauder Companies, will receive the Women’s Leadership Award. “Mr. Lauder has spent his career celebrating women — through the products he develops and championing them to have a voice and seat at the table in his company,” explains Glenda Bailey, a member of the Women’s Leadership Council.  “His lifelong achievements and support of women in business, beauty and beyond should be honored every day and it is why we chose him as this year’s recipient of the Women’s Leadership Award.”

The fancy event — which supports Lincoln Center’s resident arts organizations — will feature an on-stage discussion between Lauder and Tom Ford, as well as a tribute performance by Jennifer Hudson. Ford and Hudson are also on the Host Committee for the gala, as are Misty Copeland, Elizabeth Hurley, Karlie Kloss, Jane Lauder, Carolyn Murphy, Elizabeth Olsen, and Hilary Rhoda, among others. 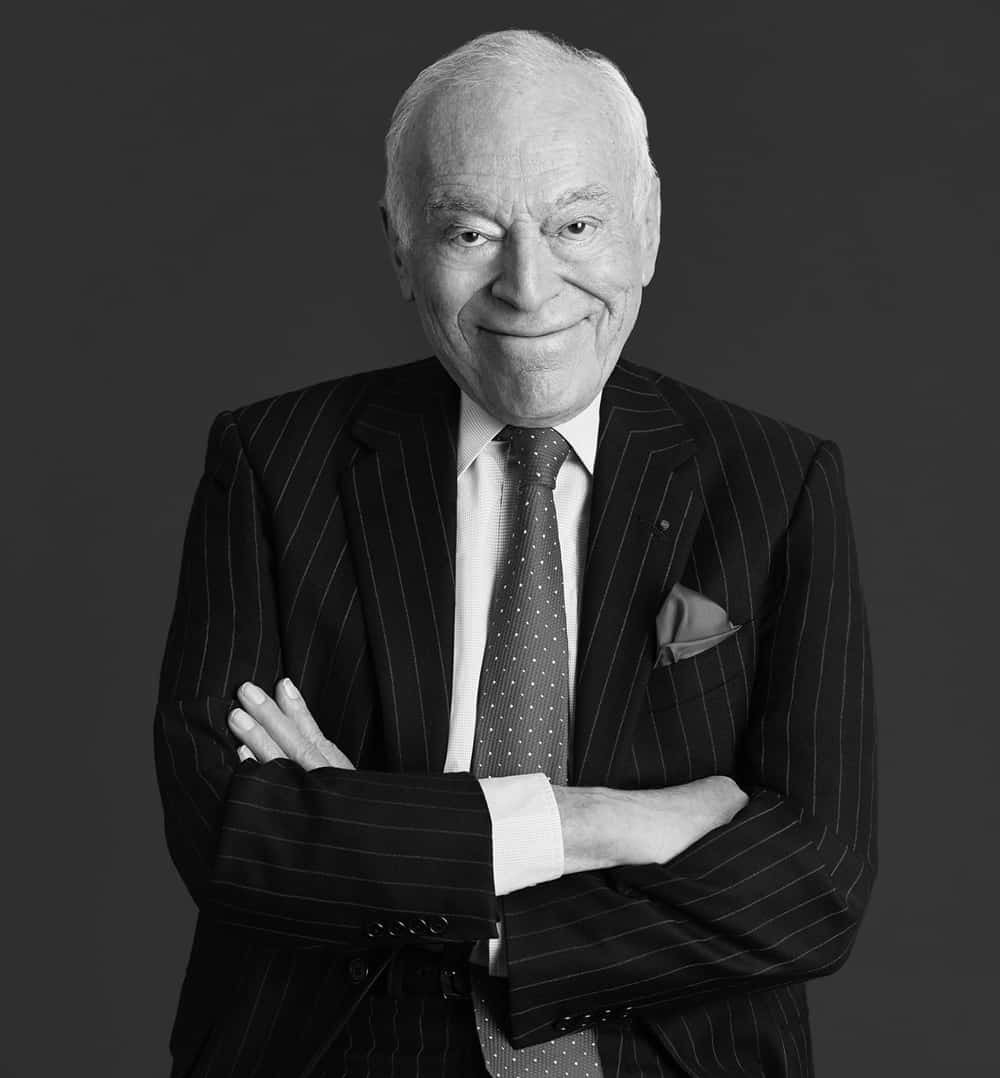 Jeremy Scott Collaborates With London Fog
Jeremy Scott has put a streetwear spin on London Fog’s classic trench coat for Fall 2019. “I wanted to interject a dynamic and graphic element contrasting with the beautiful, classic iconography of the trench this season and thought about the commuters riding the subway to work and the graffiti on the trains,” says Scott. “I brought these two worlds together literally with NYC and London tagged on the trench in bold colors in an energetic and graphic rendition.” The London Fog x Jeremy Scott Fall 2019 trench coat retails for $298 and is now available online now. 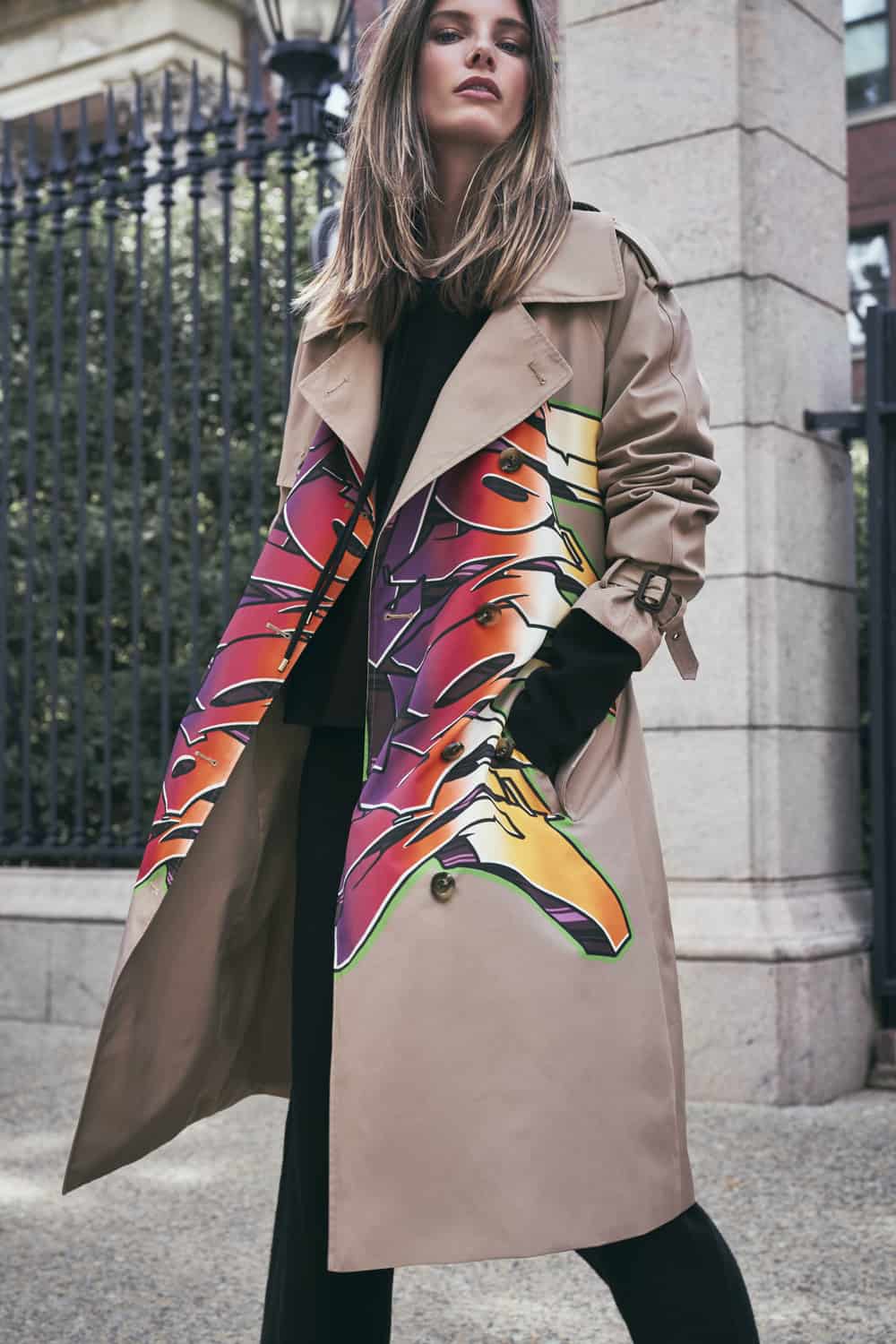 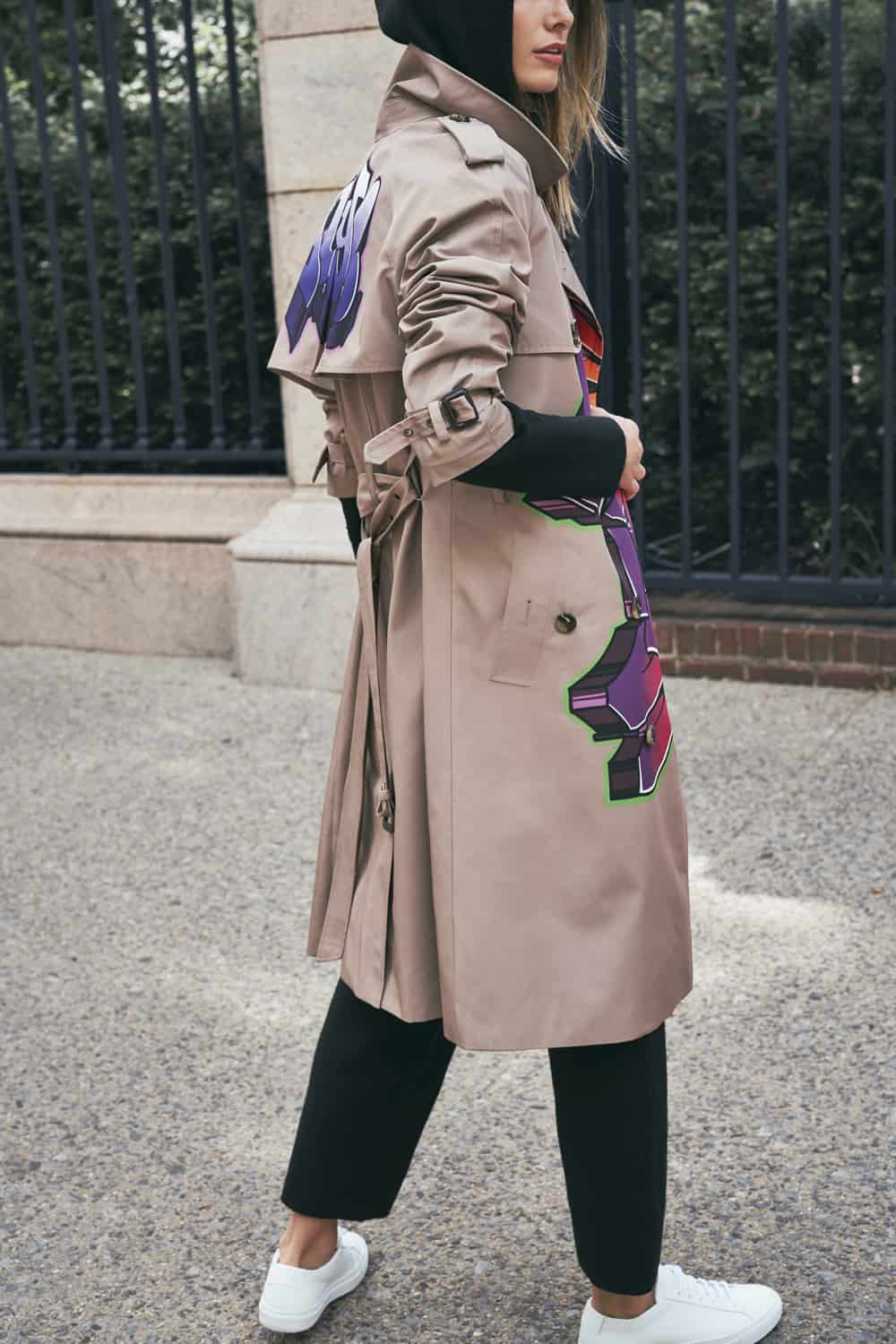 Leatherology and Diane von Furstenberg Announce Fall/Holiday Capsule Collection
DVF and Leatherology have teamed up to create a special capsule collection, which is out today. The collection features iconic DVF prints onto various Leatherology accessories ranging from wristlets and card cases to the brand’s signature Belmont tote. “As a female founder, we are thrilled to partner with such an iconic legacy brand and industry leader that aligns perfectly with our signature style and entrepreneurial spirit,” Rae Liu, Leatherology founder, said in a statement. “Sandra [Campos, DVF CEO] has worked to foster the development of emerging brands led by strong female founders, and we’re excited to grow our direct-to-consumer accessories footprint with her DVF audience.” The collection will be available for purchase on Leatherology.com, DVF.com, and select DVF retail locations. 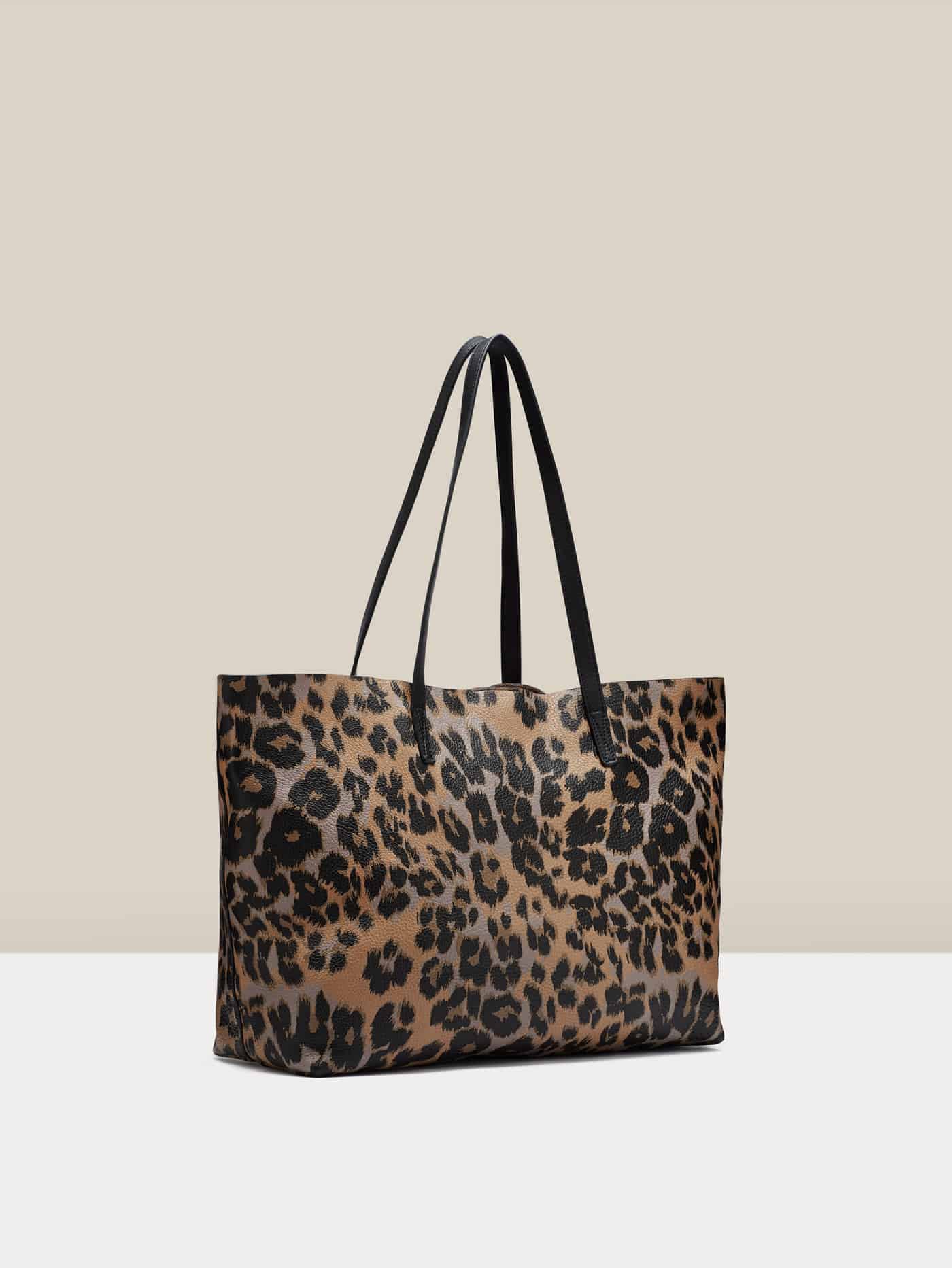 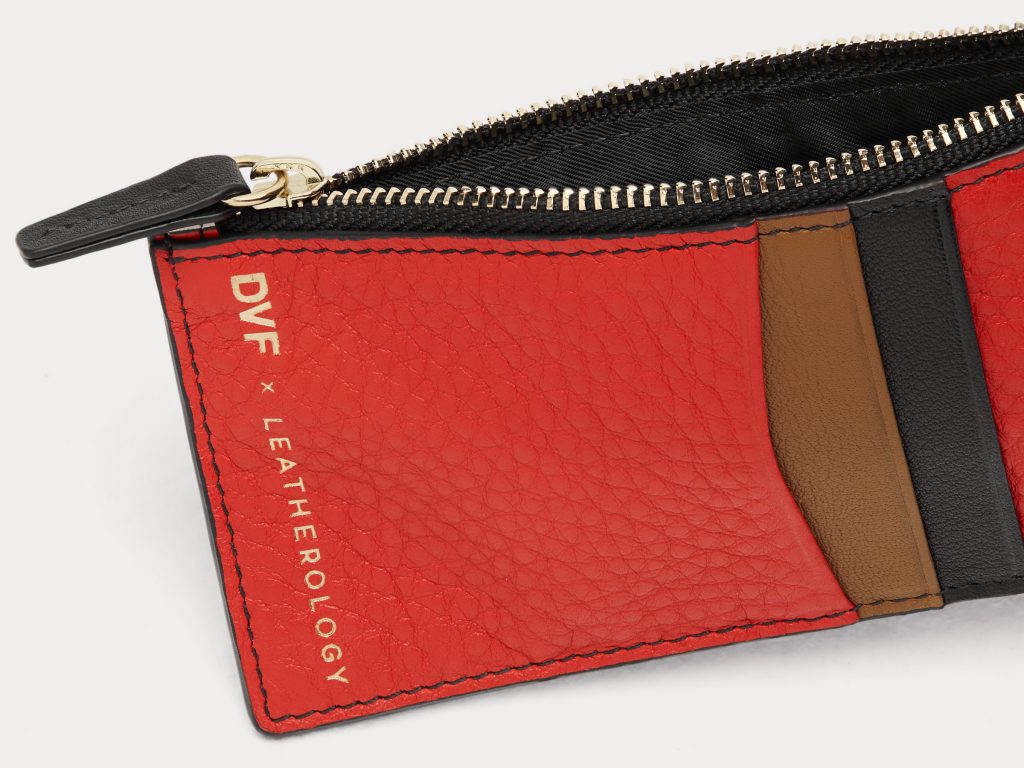