Green Is the New Black at ArtCOP21 in Paris 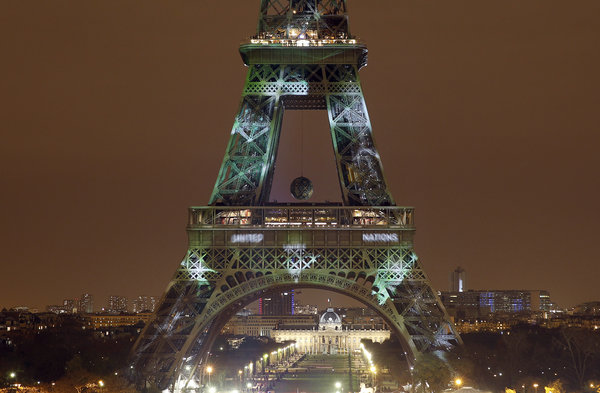 PARIS, FRANCE - NOVEMBER 29: An artwork entitled 'One Heart One Tree' by artist Naziha Mestaoui is displayed on the Eiffel tower covered by a green visual forest, as part of the organisation of the Conference on Climate Change COP21 on November 29 in Paris, France. The climate change conference COP21 will gather 193 countries in Paris from November 30 to December 11, 2015. (Photo by Chesnot/Getty Images) 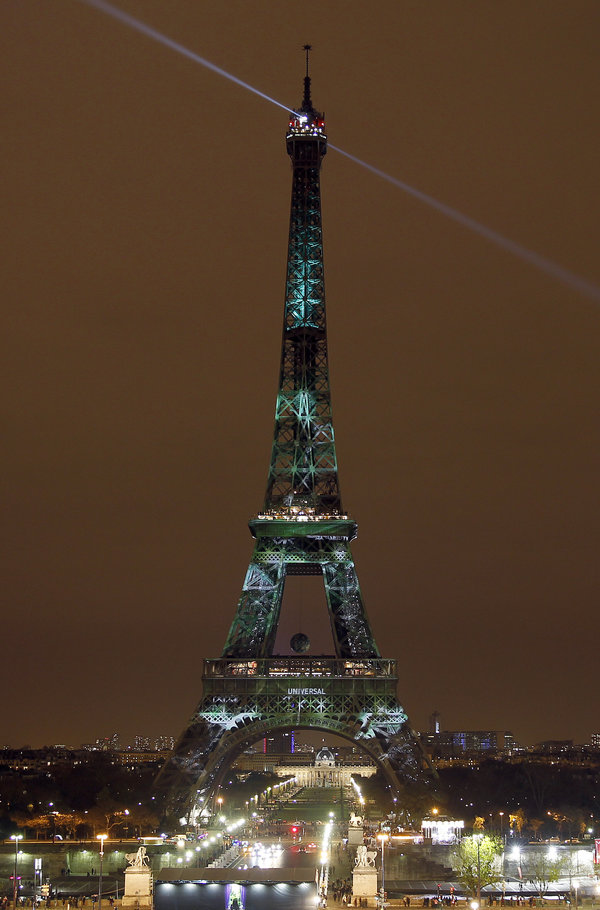 An artwork titled One Heart One Tree by artist Naziha Mestaoui displayed on the Eiffel Tower as part of ArtCOP21. (Photo by Chesnot/Getty Images)

Paris is the place to be this week: The City of Light is showing that it’s not only bold and determined in the face of tragedy, but it’s devoted to eco chic. Call it France’s answer to Art Basel.

Happening now in Paris is ArtCOP21, the world’s most important sustainability forum, and according to our A-list eco-crusader, Leonardo DiCaprio is due to give a speech tomorrow alongside Al Gore. In association with the summit there is ArtCop21, a global arts and cultural festival that focuses on climate change—it’s hard to miss the giant wind turbine that currently dominates the skyline with the Eiffel Tower. And then there’s the hot ticket of the week: Livia and Colin Firth’s UN Development Programme Climate Gala, hosted by Alec Baldwin. Here’s the roundup of all the green and glorious events—which includes an ice exhibition by the uber-fashionable Olafur Eliasson (his work is collected by the Louis Vuitton Foundation), a portrait series by fashion and culture photographer-turned-contemporary artist Peter Hunt at the Martin Grant atelier, and a movie by Darren Aronofsky, who directed Natalie Portman in Black Swan.

The lowdown: VERISIMILITUDE uses images of desolate weather stations to imagine a last weatherman, who has ended his days in the skeletal “The Weather Station of the Imagination” in order to trigger an emotional response to the consequences of a 2 ºC warmer world. An exploration of climate change, which isn’t remotely tree-hugging, this is the show that’s attracting attention of the fashion world. 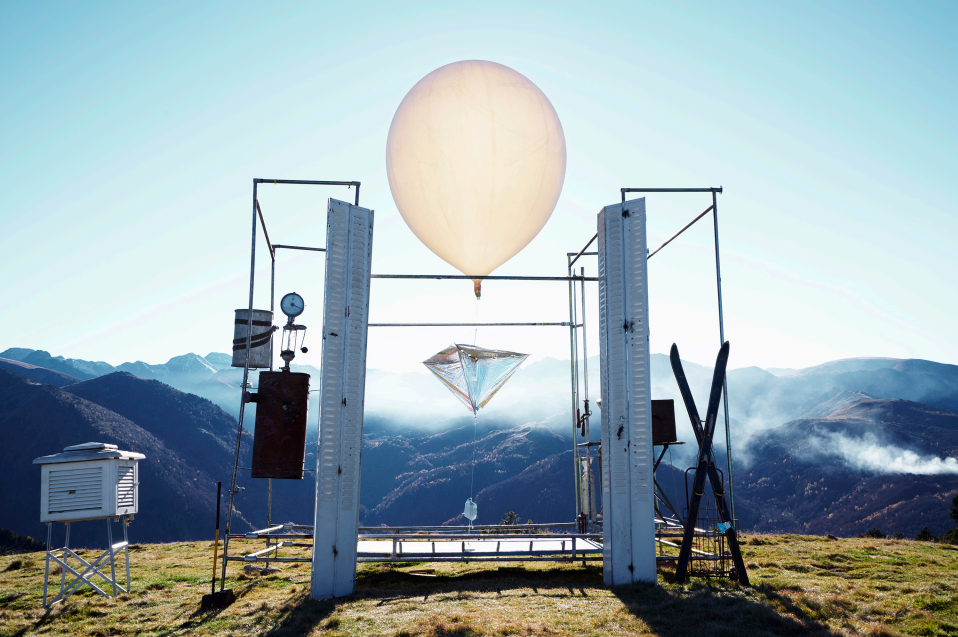 An image from the VERISIMILITUDE exhibition. (Photography by Peter Hunt).

When: Until it melts

The lowdown: The artist has dragged 80 tons of Greenland calved ice, which is to say he didn’t chip it off a glacier, and installed it next to the Pantheon in the shape of a clock, to show time is running out.

The lowdown: Over 600 advertising campaigns have been installed within JCDecaux poster vitrines to highlight how the cross pollination of corporate sponsorship, excessive consumerism, and pollution have ultimately led to inevitable climate change. The face of Volkswagen adverts must be particularly troubling to its executives.

The lowdown: The Museum of Hunting and Nature is one of those odd-ball Paris treasures anyway. During ArtCOP21, hipper than hip artist Sterling Ruby (he collaborated with Raf Simons under his menswear label and then again for Dior) offers up a red-hot work on the topic of fossil fuels: a series of monumental wood stoves, regularly fed with logs. This ridiculous and paradoxical gesture is an allusion to recent controversies caused by the use of wood fires in Paris. In general, don’t we prefer the satisfaction of our immediate interests at the expense of the sustainability of our natural habitat? With his “Black Stoves,” Ruby denounces a society launched in consumerism and reckless waste.

Where:  See it from across the city

The lowdown: American artist Taryn Simon envisages the third industrial revolution with her massive wind turbine illuminated by LED lights. The future has to be brighter.

The lowdown: British artist Michael Pinsky identified the Paris canal befallen to dumped consumerism and packaging. Rescuing these discarded human-made products, he has sought to revive them and showcase an exhibition in conjunction with a soundtrack for visitors to witness physical pollution. Over 40 objects have been arranged on both banks of the canal that float showing their visibility.

Event: Deep Breathing for the Reef

Where: Museum of Natural History

The Daily Media: 70-Plus Shifts to Discuss