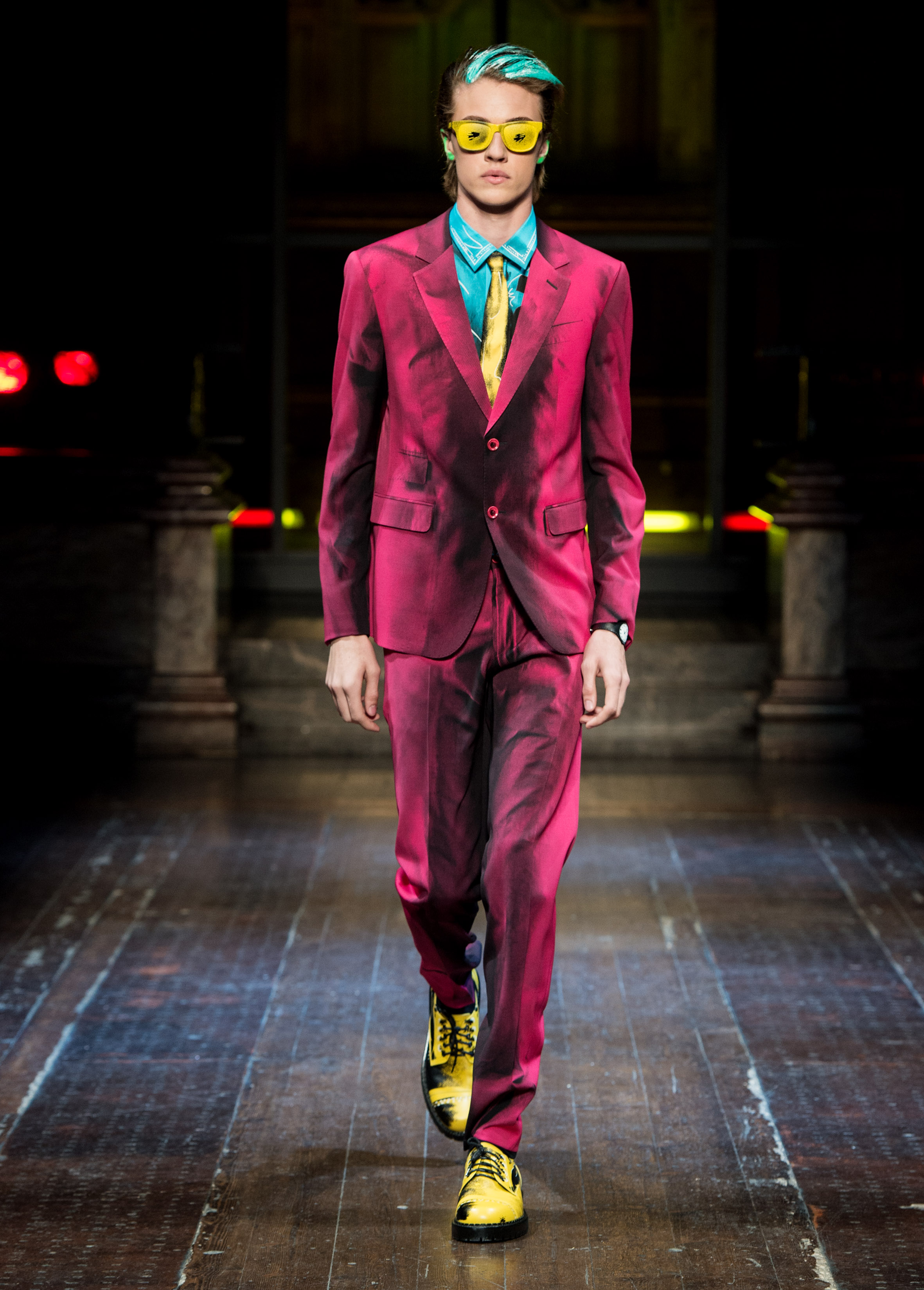 A riot of color, cartoonish prints, gender bending and clothing-come-art took to the runway as Jeremy Scott unveiled the Moschino Menswear Fall 2016 collection in London. Inspired by the iconic work of British art duo Gilbert & George, whom Scott has long admired—“we’re both gay provocateurs,” he confessed—the collection titled “Art for All” paid homage to the artists’ most famous body of work, The Pictures.

“There are so many reasons why Gilbert & George’s work resonates so strongly with me: the saturated colors, the slogans, the provocative nature of so many of their subjects. I feel not only a visual attachment to their art but an emotional bond as well. So it’s an honor to bring their art into my fashion and create a hybrid of the two, ” said Scott, who met the artists for tea at their 18th century London home to seek their permission to recreate their work for the runway.

The designer did so in full-throttle effect, taking his style cue from the artists’ 2-D paintings and photographs and marrying it with a 3-D mod-punk aesthetic in the form of tailcoats, sharp suiting, abstract printed tees, and paint-splattered knits, bomber jackets, and Doc Martens.