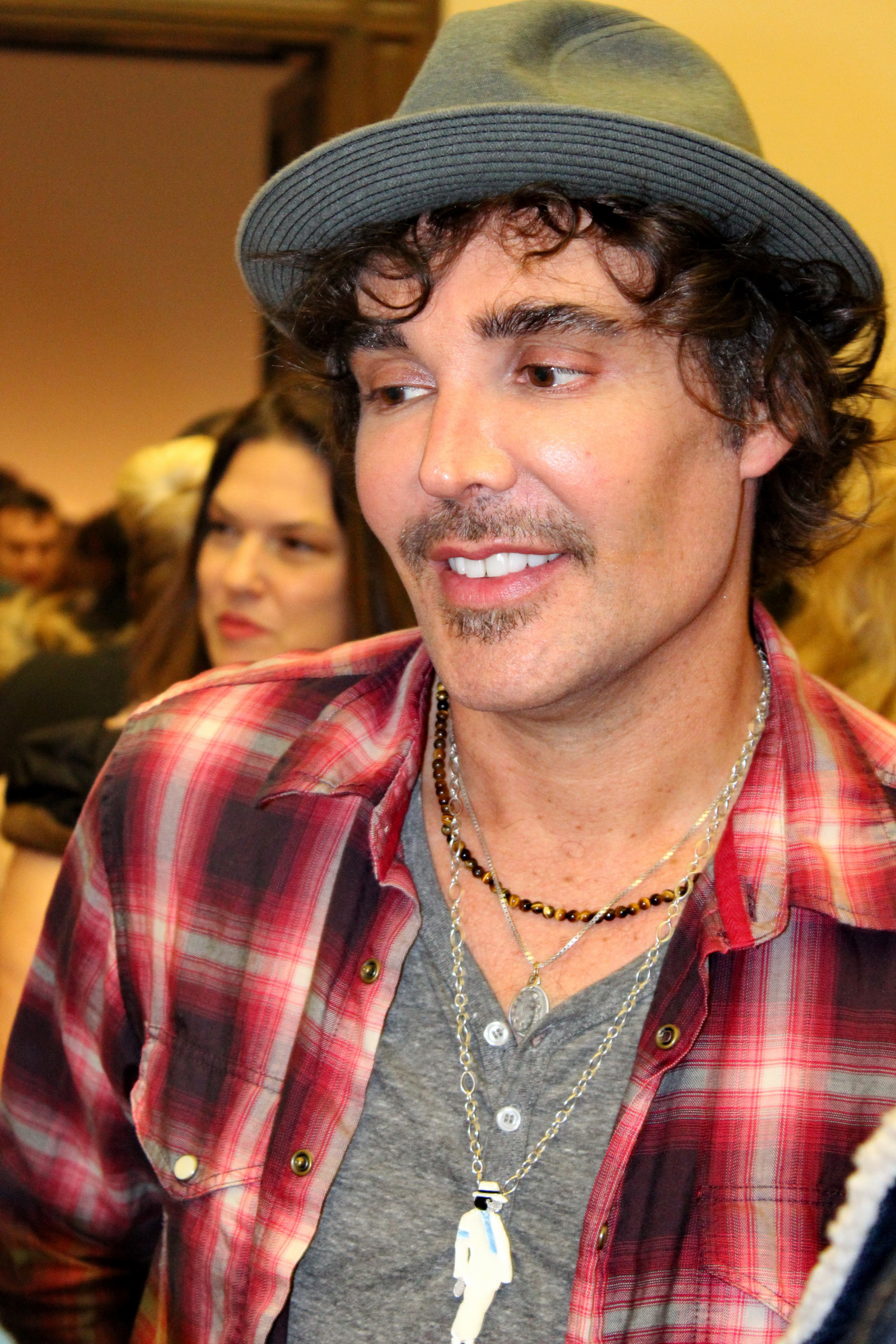 David LaChapelle is no stranger to ruffling feathers, but even he was surprised at the controversy in Vienna about the posters he designed to promote Saturday night’s Life Ball. The Freedom Party of Austria (FPO), a right-wing political group, are protesting his picture, calling it pornographic, and some protesters have spray painted over the image of transgendered model Carmen Carrera, who is depicted in one shot with male genitalia and in another version tucked. Before hopping on a plane to attend Life Ball and open an exhibition of his work, LaChapelle gave us a call to tell us why he was frustrated with the protest, his thoughts on the word tranny, and why you probably won’t be seeing him at the GLAAD awards anytime soon.
BY EDDIE ROCHE
What’s happening in Vienna?
I wanted to do a beautiful image. They’re basically calling this picture degenerate because it doesn’t fit into what they view as art. We’ve seen the human body since ancient Greece. We’ve been making goddesses. It’s scary because the history in Vienna is a really dark one, and that’s why Germany and other countries in Europe have put so much money into supporting the arts. It’s not the majority, but it’s a pretty vocal small minority. What does this has to do with politics? Art is always a reflection of what’s going on in society. All art has been a reflection of what’s going on in society. Maybe it’s going to bring a bit of a debate, but it’s outrageous and laughable at the same time. It’s also very scary.
Can you explain what the images are that the FPO have such an issue with?
The FPO is  upset with the image of Carmen Carrera. I proposed the idea to LifeBall of a transgendered transitioning person who still had—I hate the word penis and I hate the word cock and I hate the word genital—so it was a male sex part that was also female. I didn’t want to be crass or clinical. I wanted male and female attributes. Basically, I wanted it to be a beautiful woman with a penis. I called Amanda Lepore and asked who she knew, and she said Carmen. I told her what I wanted to do, and she was open to it. We shot her tucked, and with a penis. It’s a beautiful photograph. The idea was something surreal and inspired by Borrash. I wanted her to have very little makeup. I wanted her to be a goddess.
The Government of Vienna approved this photo. Is the FPO suing Life Ball?
That’s what I’ve heard.
What are they doing to the images?
They’re defacing them. What’s at stake is the fundamental concept of the freedom of artistic expression. It shouldn’t be at risk today, given the history of Vienna and Germany. They attacked modern art.
How do you think America would take these images?
Americans have issues with sex, period. It would be less political and maybe just outrageous. Here, we worship violence. I remember being a kid when Scarface came out: there were protests. If that came out today, nobody would even talk about it. Every other TV show is about a serial killer. How many documentaries can we watch about Jeffrey f*cking Dahmer? Why are we so obsessed with this? Movies are horrendous. A naked person is not? We’re in the dark ages.
We tend to equate Europeans with being more open-minded about sex.
People might think it’s gay, or some kind of fetish, or some kind of kink that they don’t understand. Nobody transitions for kicks. Transitioning is something that someone has to take quite seriously. People have the ability to medically match how they feel inside. It gives people options on how they want to live, whether that’s partial or whatever, but it’s nobody’s business. People are beautiful, the body is beautiful, and the photo is beautiful. It’s not meant to shock. For me, photography has never meant to be about eroticism or titillation. In this case, people associate photography with pornography.  If it was a painting, maybe it would be different. 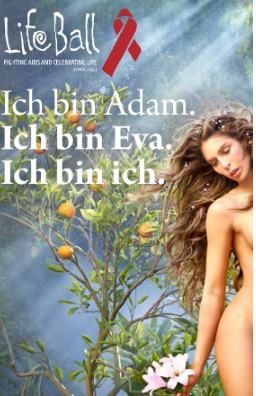 [View the posters and get more information at LifeBall.org]
The word tranny is causing a lot of controversy these days. What’s your take on the word?
I really think that gay people can call people whatever the f*ck they want to. We’ve been called enough names by other people and attacking is bullsh*t. Haven’t we been attacked enough as a group? Gay, transgendered, bi, whatever. Do we really need to be throwing stones at each other, honestly? Let us call each other queers or faggots or shemales. That’s our business. If we use it ourselves, we own it. If other people use it, that’s different. RuPaul has done so much; attacking her is a really easy way to get attention. She’s launched so many careers and it’s mean-spirited. People are allowed to call themselves whatever they want to that makes them happy. Lighten up. There are bigger issues going on here. These words don’t have a history of being hurtful. I don’t think tranny is being hurtful. It’s not like the “n” word. White people aren’t allowed to say it, black people are, because they are owning that word, transferring what it means, and changing the meaning of the word. By using it themselves, they’ve made it banal.
You certainly don’t mince words!

I went to GLAAD event and I saw a velvet rope and I wanted to puke and thought, ‘Really? We’re going to ostracize ourselves? We’re going to ostracize ourselves at a GLAAD event? You have a VIP section? That’s how we’re going to do it?’ You’ve got to be kidding me. Haven’t we been separated enough from society and not felt invited to the party? Gay people need to wake up and f*cking remember what kept us through the AIDS crisis. When we start putting velvet ropes around each other and name calling, we need to remember what got us through. I remember when people thought, ‘How dare we dance during the crisis?’ but that’s all we could do. That didn’t mean we weren’t still caring about what our friends were going through. We were still mourning and needed that sense of relief. What brought us together was dancing and the sense of community. We can’t forget that.
So we’re going out on a limb and guess that we won’t see you at the GLAAD awards this year.
I won two of them. I have a bit of a problem that they don’t talk about what is still to be done. They don’t talk about where we still need to go. What really pissed me off about the GLAAD awards is that I wanted Amanda Lepore to present me with my Vito Russo award, but they wanted Pamela Anderson to do it, because it was being televised. So, I didn’t go. I sent them a video of myself accepting my award and Amanda was there at my table representing me. Pam wasn’t going to go if I wasn’t there so they gave it to Petra Nemcova, who I don’t even know, and she couldn’t even pronounce my name. I don’t think much of it, to be honest. I won’t be invited now.
[View the posters and get more information at LifeBall.org]
Carmen CarreraDaily Front RowDavid LaChapelleEuropefashion week dailyFPOGermanyGLAADLifeBallshowVienna
0 comment
0
FacebookTwitterPinterestLinkedinTumblrEmail