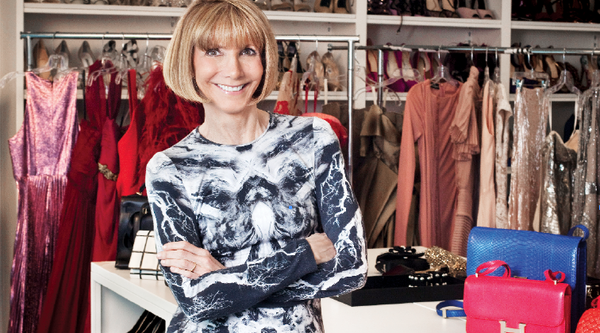 (NEW YORK) With the fattest September issue in Bazaar history, a new partnership with YOOX, and oodles of those precious beauty ads under her belt, Carol Smith is sitting prettier than ever. BY ALEXANDRA ILYASHOV

Congrats on being named Publisher of the Year!
To get recognized from a publishing point of view is a pretty “aha” moment! We get to celebrate our history; we get to celebrate being not the oldest, but the first.

How’s business?
Every issue outperforms the previous year’s issue! Fifteen issues in a row, we’ve been up double digits—double digit revenue, double digit paging. September 2012, our biggest issue ever, was surpassed by September 2013, by 37 ad pages. It was the largest-billing issue ever in Bazaar’s history. Hearst does monthly issue preview reports, and my boss literally framed the September one for me.

What does that kind of success mean for the mag?
For David [Carey], it’s a statement that Bazaar isn’t just doing well, but that Bazaar has arrived with the big guys. We’re still 700,000 [circ.] to Vogue’s 1.2 million, Elle’s 1.1 million, InStyle’s whatever-million. But we were able to deliver almost 400 ad pages for September. We were so close to 400! Guess that’s something to strive for next year.

How would you describe your stint at Bazaar?
For so many years, Bazaar was the number one magazine and the number one risk taker. When I got to Bazaar it was an opportunity to bring back that fashion feeling to this iconic brand. Yet I had no idea whether I could do it again: Elle was such a moment for me, because I wasn’t a fashion person and I really blossomed there.

How do you feel about Bazaar’s 700,000 circ.? What’s the goal?
As we go into budget meetings for next year, we’re going through some strategies. We can raise the newsstand price again. Or, we can rely less on the newsstand: Only 20 percent of our circulation is newsstand, anyway. Or, we can get beyond the 700,000 circ. For the most part, I like where we are. I feel very comfortable not being the biggest. I don’t have to compete in that arena anymore. I can just be the best.

What’s happening ad-wise?
The big gets are the newer designers: the Phillip Lims, the Proenza Schoulers. New contemporary advertisers include Maje and Sandro, and we’ve got fast fashion, like H&M and Topshop.

How does Bazaar do in specific categories?
For jewelry, we’re still number one. Also, beauty is up a solid 30 percent for us. Next year we’ll make a significant investment editorially in beauty, and we brought in a new executive advertising beauty director. There are big plans!

Any recent unexpected advertisers?
Home Depot is in our October issue. That was a nice surprise! The U.S. Postal Service also advertises, which was a big win for us.

How’s Shop Bazaar shaping up?
In October we celebrate a year. We learned a lot! We loved working with Saks on Shop Bazaar for the first year, but they were too big. Now, we’ve got a significant partnership with Yoox Group, which owns The Corner and Shoescribe, launching on September 6. We also have a new developer for Shop Bazaar and a marketing firm. Yoox wanted to sign a 10-year deal with us: that’s how much they believe in this partnership.

Any other projects on the docket?
We have a nice book coming out next fall, a beautiful ‘calling on our past’ book. A book tour is an opportunity to connect to sponsors, the book gets excerpted, and there’s the limited edition with a fashion house’s fabric as the slip cover. And the re-launch of Bazaar.com, with a redesign by Robin Derek, will be revealed in October.

What else is up your sleeve?
We were at Art Basel and Coachella this year. We’ve taken Bazaar on the road! Next year, we’re also going back to Art Basel, we’re going to go to Telluride for film and everyone’s debating what the fourth is. I think it should be Napa!

Coachella’s an interesting choice.
That’s what everyone says! But my real friends say, “What the hell are you doing going to Coachella?!” We wanted to align with music, and do something unexpected. We built a Shop Bazaar by the pool at The Parker for three days. Katy Perry bought a pair of pants, and Diane Kruger stopped by.

Are you trying to skew younger, given that Coachella cameo?
We love our core reader. She’s 42—and she can afford to walk into a store and buy designer if she wants it. But we love the aspirational reader, too.

What kind of shopper are you?

I pay full price! I am a retailer’s dream. I want it early, and I want it when I want it.

Are you big on pre-ordering?
No. I need instant gratification. I need overnight shipping. I want it there when I get home. I want to wear out of the store!

Which designers take up the most space in your closet?
I shop a lot at our brands that advertise. I’m very loyal. I love Stella McCartney and Prada—as well as Chanel and Dior, but they’re beyond my price range since I  buy full price. If I were buying a non-advertiser I’d buy Alaïa. And I had three seasons of only McQueen. It was like, OK, Carol, that’s enough skulls and skeletons!

Sounds like you have quite the wardrobe!
You’ll have to come see my closet. We do tours of my closet. I’m OCD. It’s like West Point in there: My dresses are lined up, looking like they’re goingto salute you! I had a party at my apartment to celebrate the September issue and I actually took people on tours of my closet.

Who’s the most unexpected Bazaar reader you’ve met?
Men! My husband reads it cover to cover. I also found my cat, Cookie, reading it once. No, really: Cookie loves to lie right on the cover. It’s the weirdest thing.