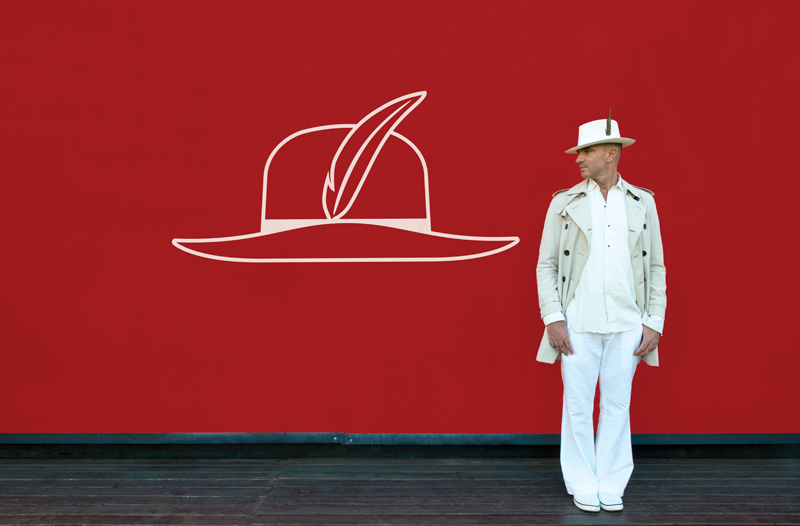 Alan Faena has turned a once-sleepy stretch of Collins Avenue into a cultural mecca, complete with an ambitious arts center and one of the world’s top hotels. As the Faena Arts District nears completion, meet the visionaries who made it happen.

What was your idea for the Faena Forum?
The Forum is a place for cultural interaction—it’s a pioneering new public venue dedicated to presenting and showcasing the ambitious, the innovative, and the groundbreaking in fields ranging from art and entertainment to business and beyond. Evocative of the ancient civic and architectural concept of a forum, the Forum aims to offer Miami a dynamic setting, allowing for ongoing programming under the direction of Faena Art, as well as use by private companies, institutions, and individuals.

You opened the hotel about a year ago. What’s the year been like for you?
It’s very pleasant. At the end of the day, I’m a storyteller and I created this place to bring fantasy to people, and elevate their lives. I feel very happy when I see people enjoying it all, from the Cathedral to the Theater. We’re creating fantasy in such a different way from the rest of the [hospitality] industry.

Are you the most popular guy in town during Art Basel?
I don’t think so. [Laughs] For me it’s about creation and doing my best, and Art Basel is a good moment to show it to the world.

Do you get nervous about openings?
Yes. I try to have everything perfect.

Had you worked with Juan Gatti before the hotel?
No. I’ve just been a fan and I had bought some of his art; I’ve known him for a long time. For the hotel, I worked a lot with Juan and Baz Luhrmann to create a window to my heart and life. Each thing we made is based on a story.

How did you connect with Baz Luhrmann and Catherine Martin?
I always admired them, and my business partner, Len Blavatnik, introduced me to them. I had worked with top designers before, but I didn’t get what I was looking for—they were great designs, but they could be in any city in the world. I was trying to tell my story about my life, my beliefs, and my past. To get what I wanted, I knew I had to work with filmmakers. They are used to working with a script. I always tell my team we aren’t here to be cool—we have to tell the story of the heart.

What was your vision for the C’est Rouge show?
I always loved theater. I create a lot of different stages to create different stories. The Forum has a stage; the Theater has a stage.

Do you have a favorite piece of art in the hotel?
“Gone but Not Forgotten,” Juan Gatti’s murals, and Alberto Garutti’s chandeliers.

When you worked in fashion, you wore mostly black. Now, you wear all white.
There’s only one pair of pants and one shirt that I like. I have my clothes made, and I wear them with Crocs.

How long were you a fashion designer?
I started very young after school, and by the time I was 20, I had a big company.

Would you ever return to fashion design?
No, because what I am doing now involves fashion in a much more 360 way.

Sebastian Faena is your cousin. What’s your relationship like?
He’s my best friend, a brother. I’m very happy for him—he’s created a niche in such a difficult market. He’s super talented and one of the best photographers in the world. He’s a warrior, he’s a musician, he’s a singer, he writes, he makes cinema. We need more Sebastians.

Do you work seven days a week?
I do what I love, so I never work. 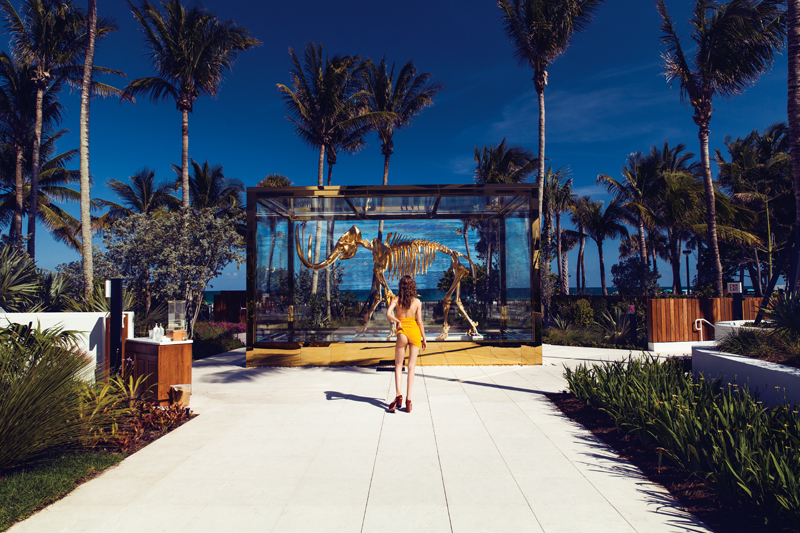 NEW YORK, NY – MAY 02: Baz Luhrmann (L) and Catherine Martin attend the “Manus x Machina: Fashion In An Age Of Technology” Costume Institute Gala at Metropolitan Museum of Art on May 2, 2016 in New York City. (Photo by Dimitrios Kambouris/Getty Images)

“We first met Alan Faena and Ximena Caminos as The Great Gatsby was opening, and instantly fell in love with them and their singular point of view. We were intrigued by their ideas and decided to help them in the early development of their project. Our focus was to create a narrative for the Faena Hotel that would translate the essence of the Faena vision from Buenos Aires to Miami. Alan has his own very distinct sensibility and aesthetic. He is the star and guiding light of this project, the lead player in the adventure of the creation of the Faena Hotel and its surrounding district, and we are very happy to have contributed to the realization of Alan’s vision.” —Baz Luhrmann and Catherine Martin

“Working with Alan can be an abstract process. On one hand, Alan stays mystical; on the other hand, he’s a true perfectionist. Together with Ximena and Len, they took over the place, not just by developing a cool hotel but by creating a mini nirvana. Alan is a creative visionary you only see in movies. He’s moving, thinking, and acting like he was born and raised on the sun.” —Job Smeets and Nynke Tynagel, co-founders, Studio Job

If You Could Own Any Piece of Art, What Would It Be? Part I