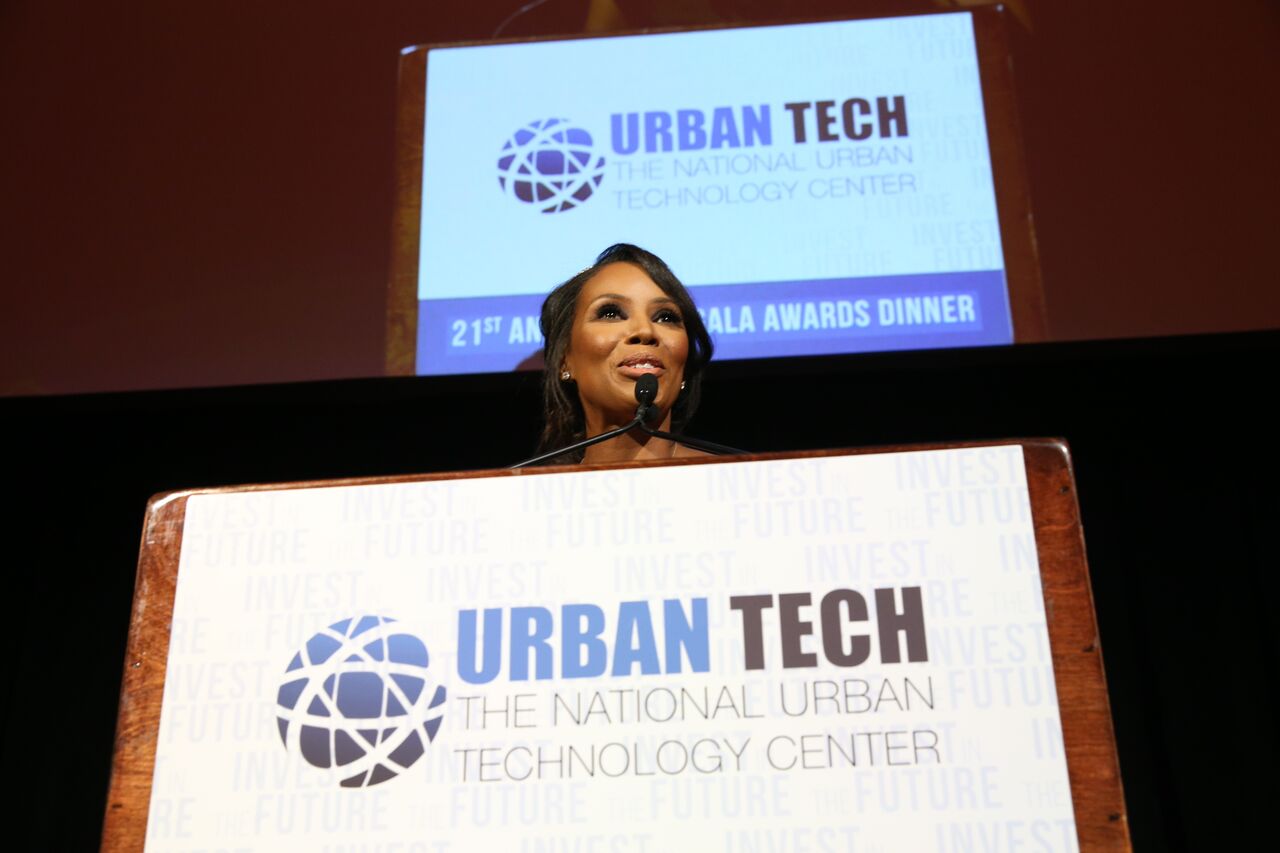 Last week, celebrity stylist June Ambrose was presented the Youth Empowerment Award by The National Urban Technology Center at the organization’s gala awards dinner. Grammy-award winning singer Estelle (one of Ambrose’s longtime friends) presented the fashion maven with the award, which she accepted in a stunning black Christian Siriano gown. “Invest in the Future” was the theme of this year’s celebration, honing in on the organization’s goal to change the game in education by creating solutions for students, parents and educators, as well as providing opportunities for digital literacy.

The organization has just released a limited-edition t-shirt (available here) designed by Ambrose to empower and raise awareness through the clothes we wear. We caught up with the stylist-turned-designer about the concept of the t-shirt, what she has planned this summer and more. 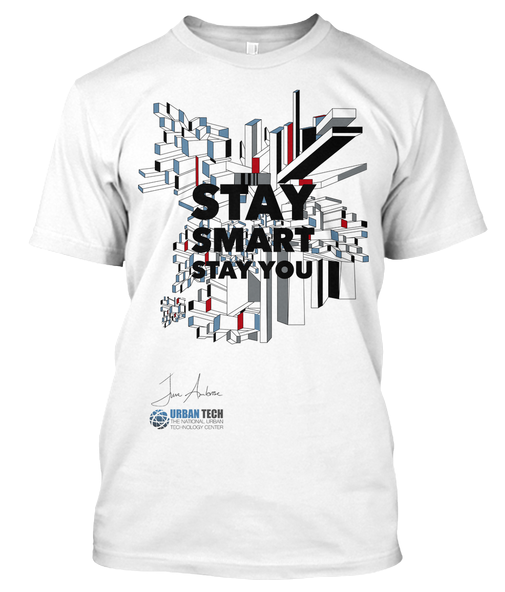 Congrats on your honor!
Thanks, it was a great night! It’s always humbling to be recognized for something you do organically or not even consciously–that you’re making life-changing decisions or moments while just going about your every day life. I’m all about empowering and the betterment of our kids and our young people. I think that it’s something you have to constantly bring attention to, especially with technology moving the way it is. It’s important that we prepare our kids for that future.

Estelle presented you with you’re award. What’s your relationship?
I worked with Estelle years ago at her record label. They wanted me to help figure out some brand positioning and creative directing in terms of how we were going to launch her in America. We did that, and then a shoot together, and then we just kind of stayed in touch and organically became friends. It wasn’t about work. She went on to do other things and travel and know other people but we just connected.

What made you want to launch a t-shirt with Urban Tech?
I wanted to cement my relationship with the foundation and do something that would kind of live on and really speak to where I am in my career as a designer and stylist. I’ve designed for over 25 years with celebrities and have my line for HSN, so I thought this would be a very organic thing for me to do. The shirts are all about phrases, like Stay smart, stay you. These are the sayings that’ll resonate for a long time.

Do you see yourself gravitating more towards design these days?
Yeah. I’ve been on HSN for four years with my own collection of footwear, apparel and accessories, and I have my own eyewear line. It’s also something I’ve done for celebrities over the span of my career since the ’90s, from Mariah Carey to Dave Matthews to The Backstreet Boys to Puffy and Jay-Z. I think it’s how I carved my own lane in the industry. Marc Jacobs just released his new campaign with Missy Elliot that was inspired by the ’90s–that’s my work. I worked with her on her  videos since the beginning of her career. So just looking back at my work is still relevant now and has inspired me to design something that kind of speaks to that.

Any summer travel plans?
The kids are out of school, so we travel. I’ll probably take a trip over to a small island. We just came back from Anguilla, so I’ll probably do some more island hopping–short trips here and there. I’m also working on an endorsement deal with a kitchen company that I have to do some appearances for, so I’m doing a little bit of behind-the-scenes and in front of the stage this summer. I’l be busy.