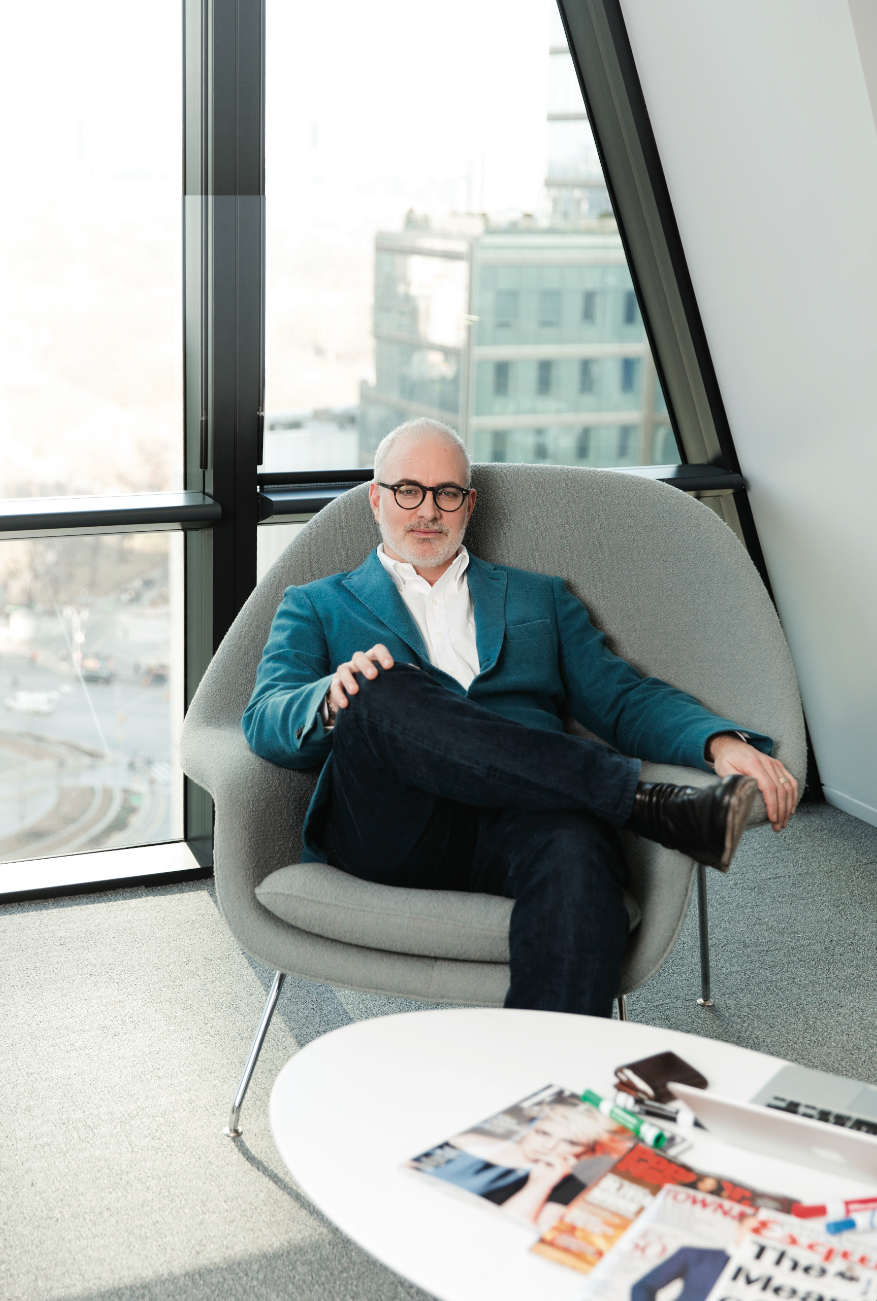 In case you missed it in our print issues…The future of online media might mystify most media executives, but Troy Young, president of digital at Hearst Magazines, has it all figured out. Since joining in May 2013 from Say Media, the techy Canuck has shaken up the status quo: tripling traffic (at Cosmo), 86ing old-school office floor plans, and much more.

What was your vision when you arrived at Hearst?
I wanted to build consumers’ intimacy with our brands on the digital platform. There’s always an interplay between distribution and content, and right now there’s intense change on the distribution side. If you like change, that’s really exciting.

What kinds of hires and management shuffles are you doing?
We streamlined all the editorial teams to report to Kate Lewis. She spent a long time in the print world, she understands great content, she’s a really fast thinker, and she spent a long time in talent acquisition in Condé Nast, so she knows talent. We also created a central news team that does the fastest stuff around, so we don’t have to write the same stories nine times on our sites. We try to be as ambitious as we can. We have traffic goals across all of our publications. And Hearst wouldn’t be Hearst without ambitious financial goals. Also, we changed the environment.

So we’ve heard.
We made people sit together, on several floors, and we also created a separate newsroom space next door to the Hearst Tower, Club Cosmo. I wanted to strongly connect technology, product, design, editorial, audience development, and sales. The editorial teams needed space to do news things, so in many cases, we pulled them off the print floors. The pace is so different.

What kind of boss are you?
A work in progress. I’m really, really hard on myself. I get deeply satisfied watching people achieve things. Sometimes I’m really impatient and a little erratic, but I’m just a passionate person. So I put a lot of pressure on people.

You seem to have staffed up a lot.
We had to raise the next generation of amazing editors. We needed modern media hacker types who live and die by data, understand social distribution, and live in the moment. I’m always looking for insightful, passionate, and impatient people. You know them when you meet them. They’re unicorns.

What else has changed?
I kind of outlawed offices; they’re now collaboration rooms. Nobody gets an office at any level, including me. We have to detach status from space. Historically, an office was aligned with achievement. That’s not useful.

Has anyone been mad about that?
People just don’t care anymore. But it’s not that way everywhere in the building.

Why have online teams for mags like ELLE and Harper’s Bazaar sit together?
That’s very unconventional, because historically they’re very competitive! By putting them together, they’re playing by the same rules, and I hope they collaborate more.

Besides staffing, how have you changed how things are done digitally?
First, we got the basics right. We’re a large media company, but brand startups were doing things better than us. We’d spend 18 months re-creating one site; we had to simplify! So we built everything off a common platform. We started with Cosmo—it’s large, it’s in so many countries, and it fits the Internet well, because it’s funny, sexy, and targets a millennial female. We got the platform right, tripled Cosmo’s audience from eight or nine million uniques when Amy Odell started to 30 million uniques last month. Now we’re applying those learnings across all our brands. Harper’s Bazaar has gone from under a million to over 3 million in ComScore  and ELLE has grown a tremendous amount, too. Our mantra is “months to moment.”

Comment?
Monthly magazines are a monthly, reflective, curatorial creation process. Weeklies are more responsive to what’s going on in the world, while daily newspapers might have 100 stories a day—all meeting up on a young woman’s phone. If you want to be relevant, you have to get really good at digital. You have to compete around news and combine long and short. There’s a different rhythm required; we evolved the talent we had, and freed them of monthly cycle thinking.

You’re big on sharing content among Hearst sites, too.
Lots of publications curate content. But inside this company, in the morning, Cosmo U.K. is hours ahead and they’ve already reported on global culture—and I can see all of the data. The Houston Chronicle might report on a woman who has a $2 million closet in her home—it’s an interesting local story, but it also works for Cosmo and Bazaar. We ought to be opportunistic about it. It’s just obvious!

Got any advice for publishing houses not yet on Hearst’s level digitally?
This isn’t about strategy—it’s about execution. How do you blend traditional magazine or newspaper culture with a modern, product technology-driven platform culture? How do you change the nature of journalists so they thrive in a modern environment? Those are executional issues. My advice? Figure that out.