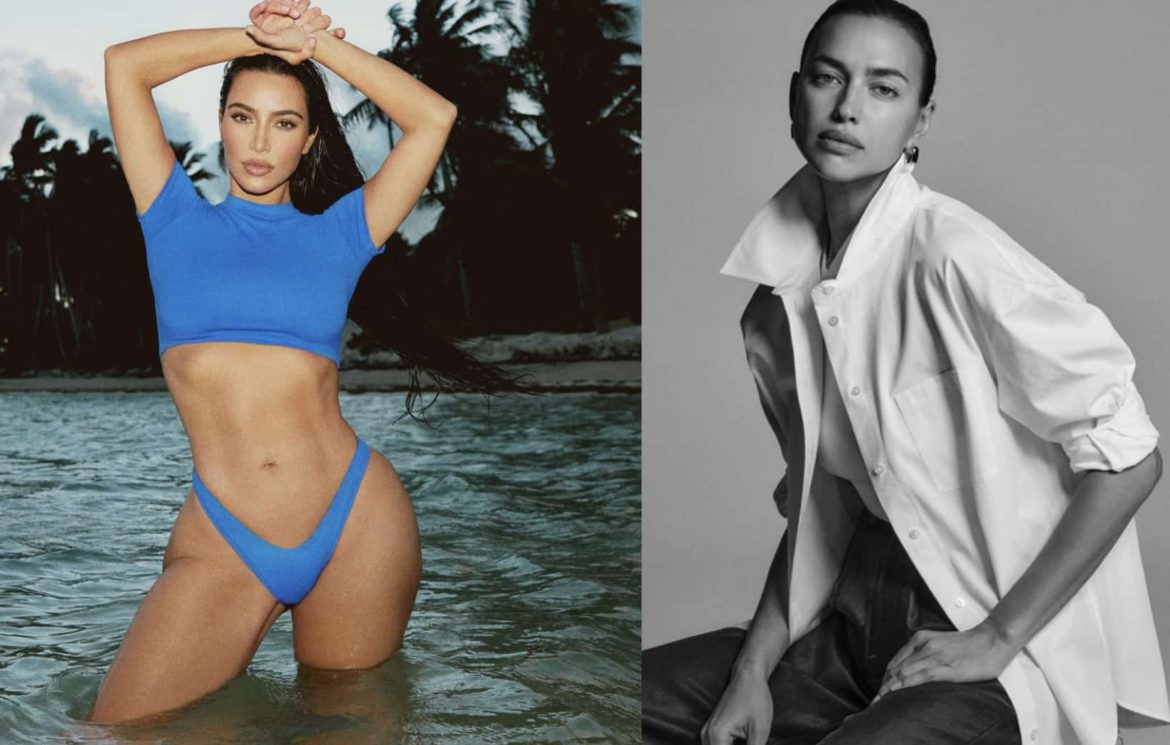 Supermodel Irina Shayk stars in Anine Bing’s new “Classics” campaign in celebration of the label’s 10th anniversary—also marking the first time the brand has had a face other than its eponymous founder. As a supermodel whose off-duty looks rival her moments on the runway, it was a natural choice for Bing to tap someone who looked effortlessly great while still being a busy mom. “My style is simple,” Shayk told PEOPLE. “Anine Bing creates timeless, chic styles and modern wardrobe essentials. It’s easy to wear and easy to mix. Her clothes make any woman look and feel good.” For the mom-of-one, comfort is key, making it easy to add the brand’s staples into her everyday rotation. “I ended up bringing them home with me from the shoot,” she exclaims. Fair! 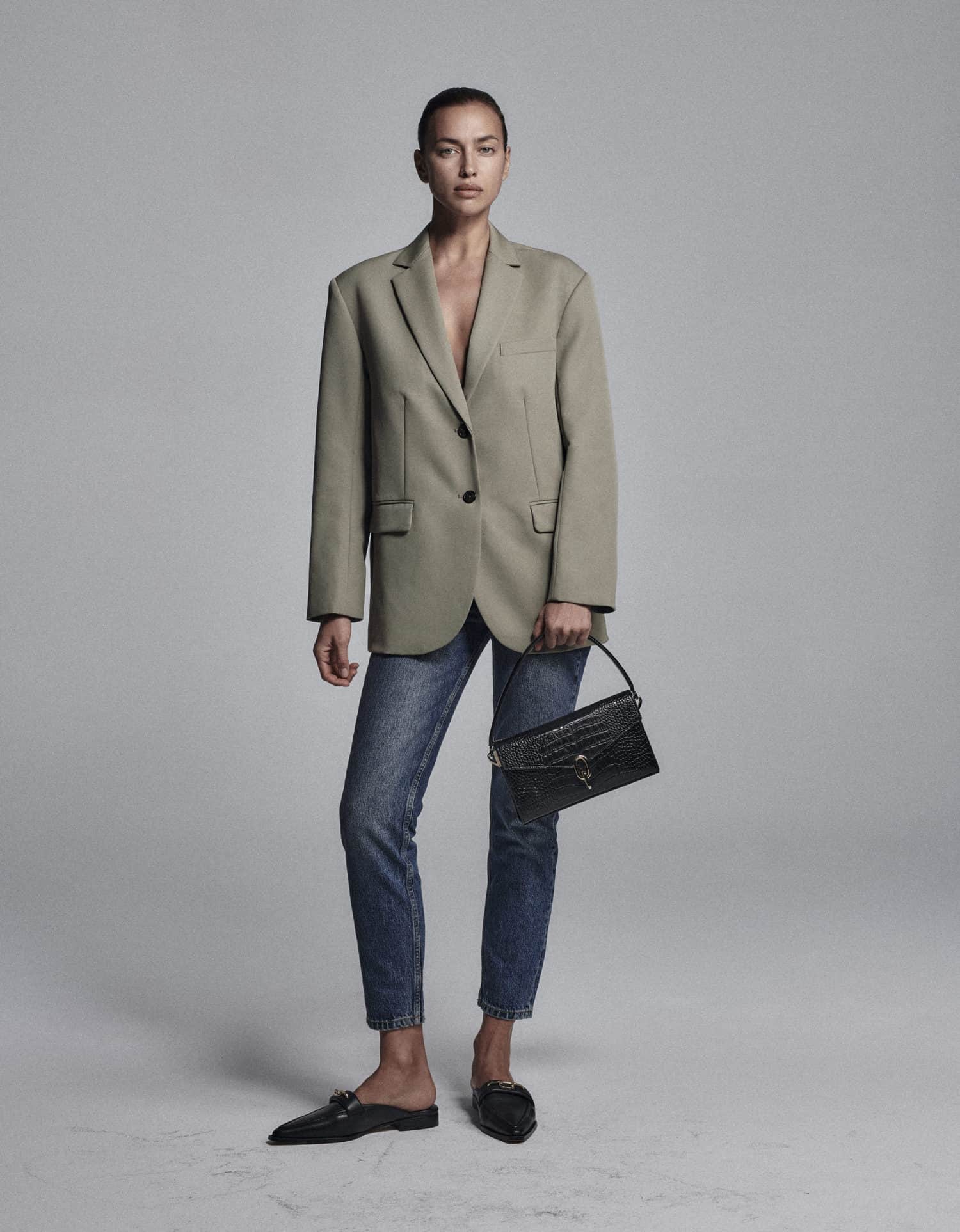 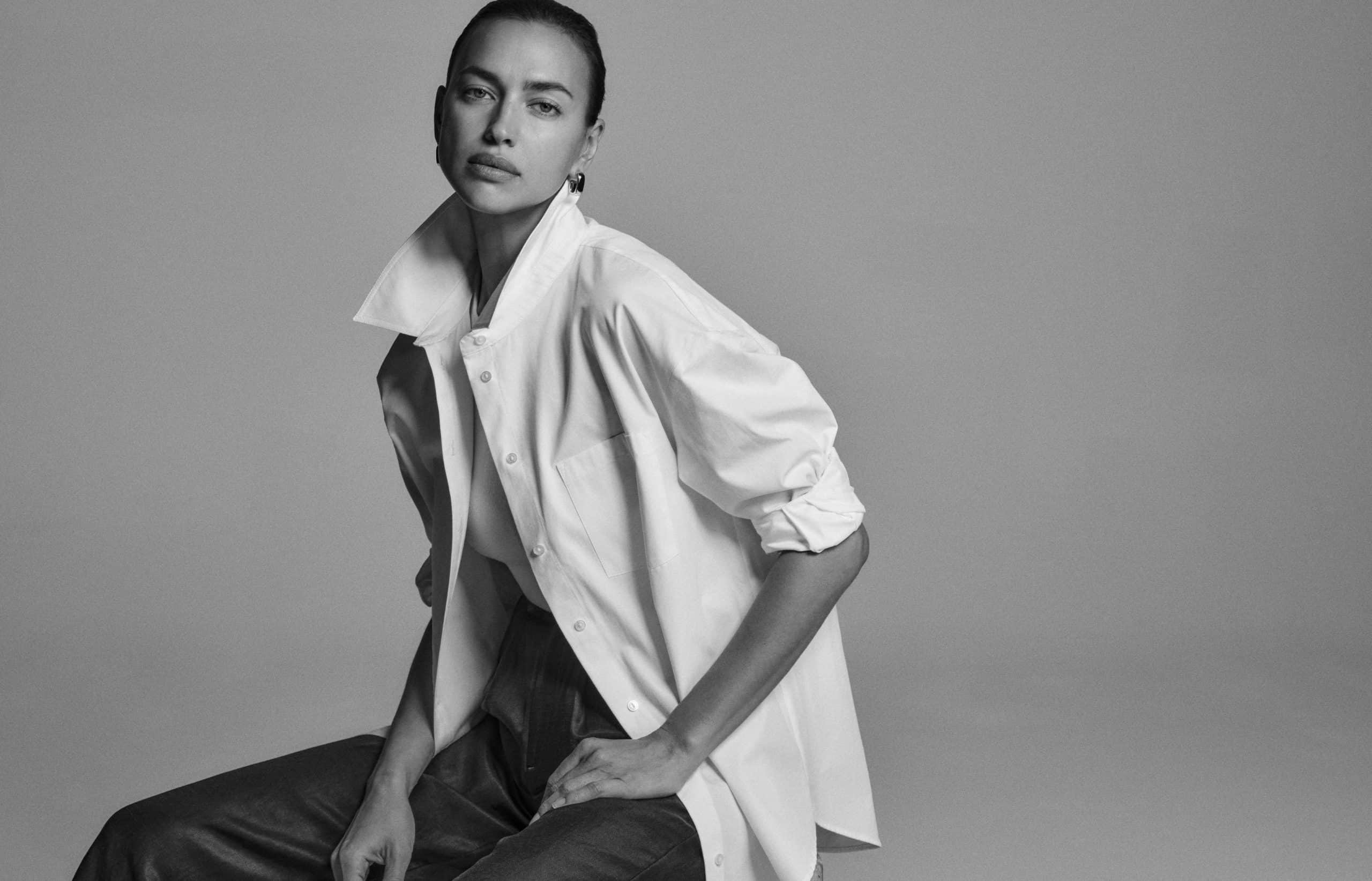 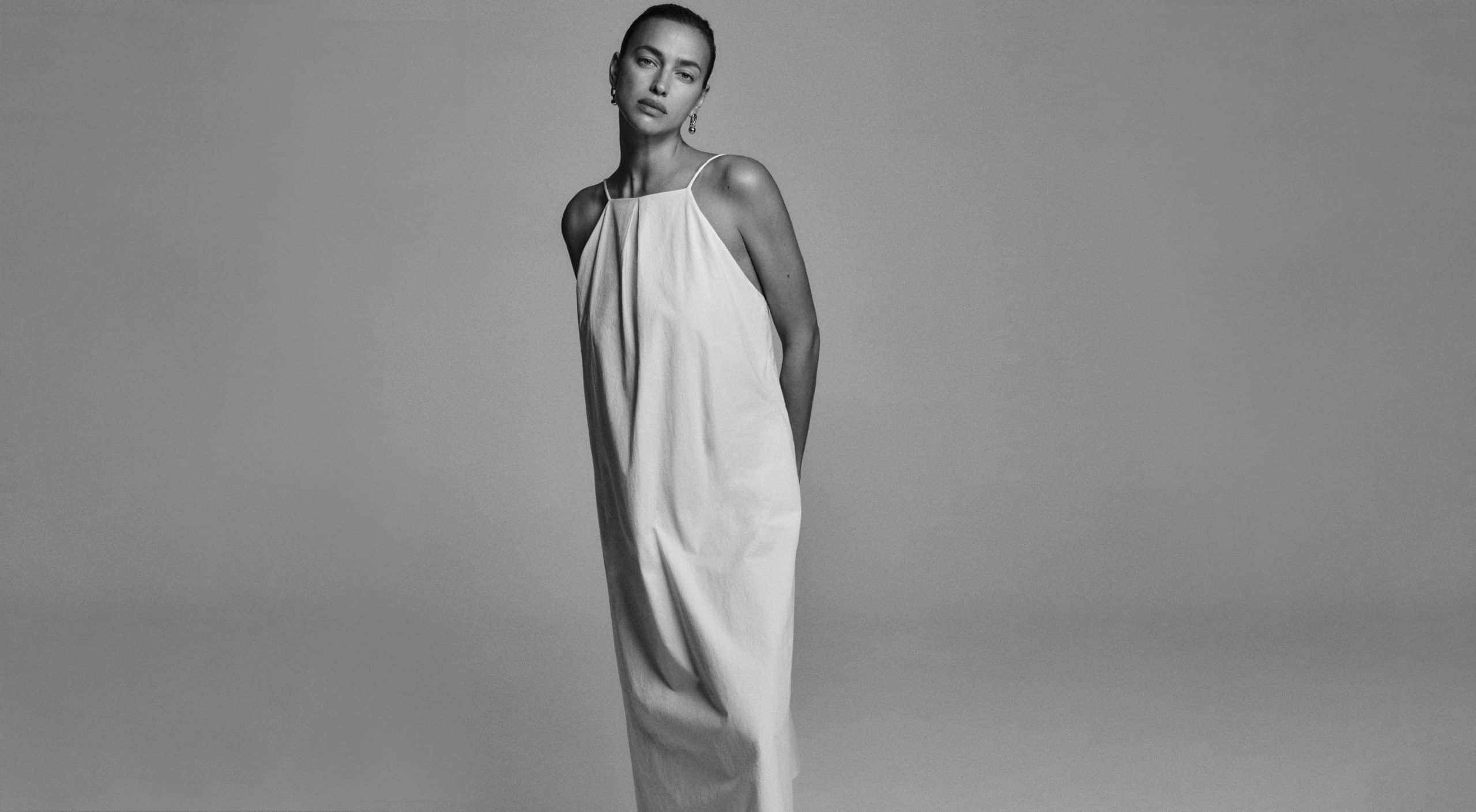 Tommy Hilfiger has just announced its Spring 2022 “Make Your Move” brand campaign, featuring Grammy-winning, Golden Globe, and Emmy nominated performer Anthony Ramos. Throughout the campaign, Ramos showcases modern prep styles in new silhouettes, including the double pleated chino as well as fresh patterns as seen in the mixed striped icon sweater, all with an understated collegiate code. The “Make Your Move” campaign further features a diverse cast of talents including models Luka Sabbat, Georgia Palmer, Meghan Roche, Soo Joo Park, Alton Mason, and Liam Kelly. “When you Make Your Move, you’re showing the world what you’re made of–what you’ve got,” Ramos says. “It’s about trusting your instincts and never forgetting your roots. I love that when you take modern prep and combine it with the Make Your Move initiative, you are watching a blank canvas come to life. It gives way for every person’s self-expression, and our differences are what makes it incredible.” 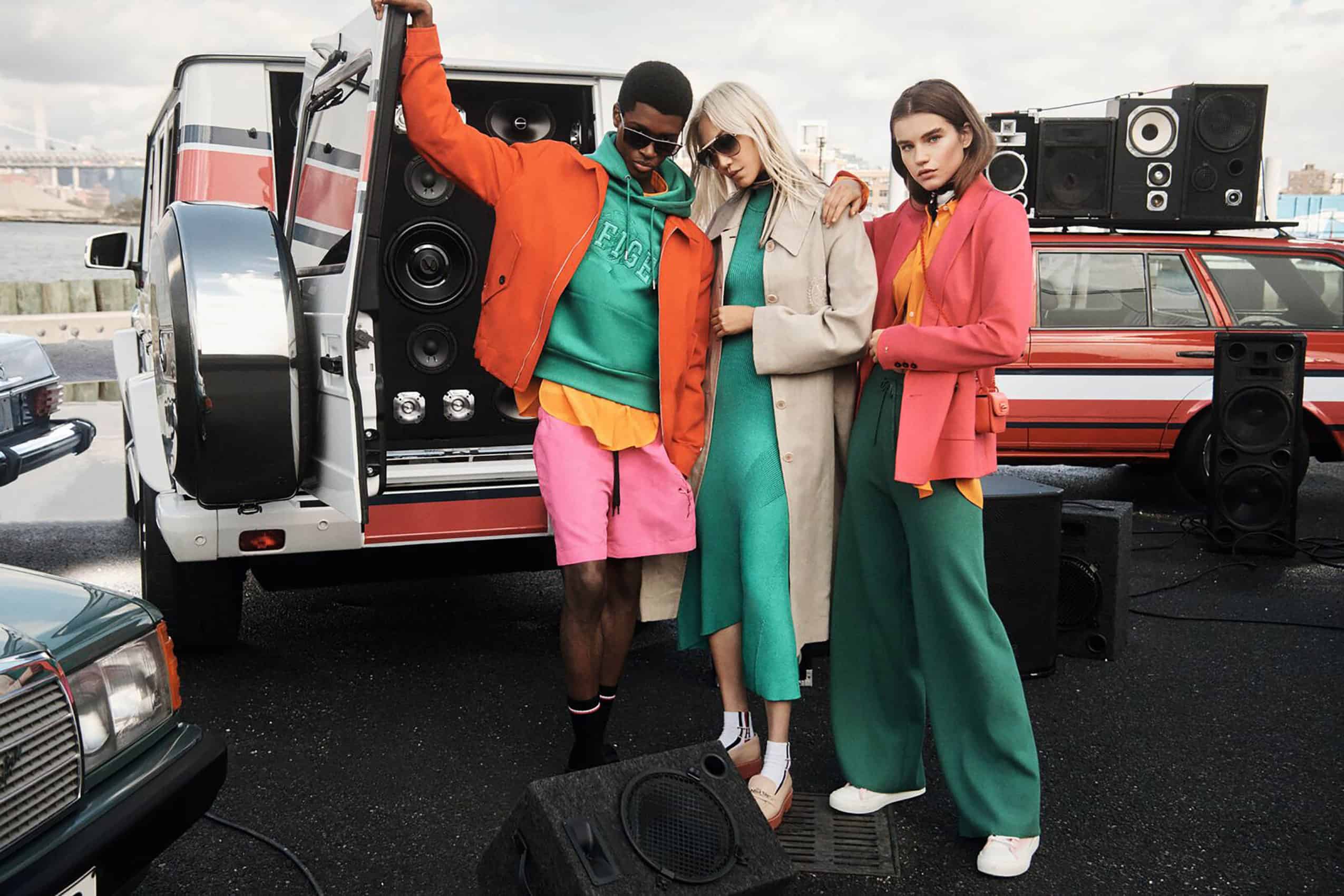 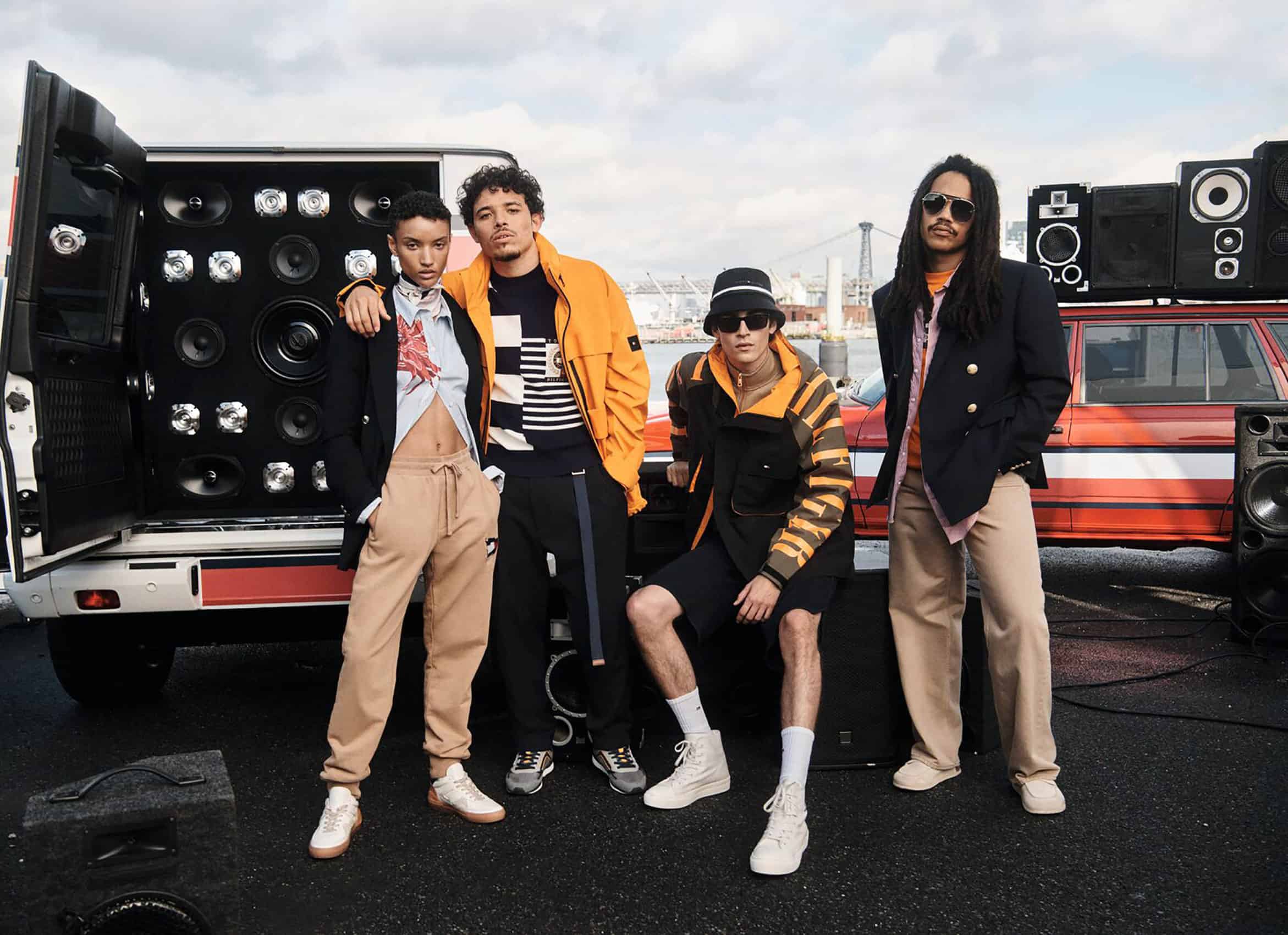 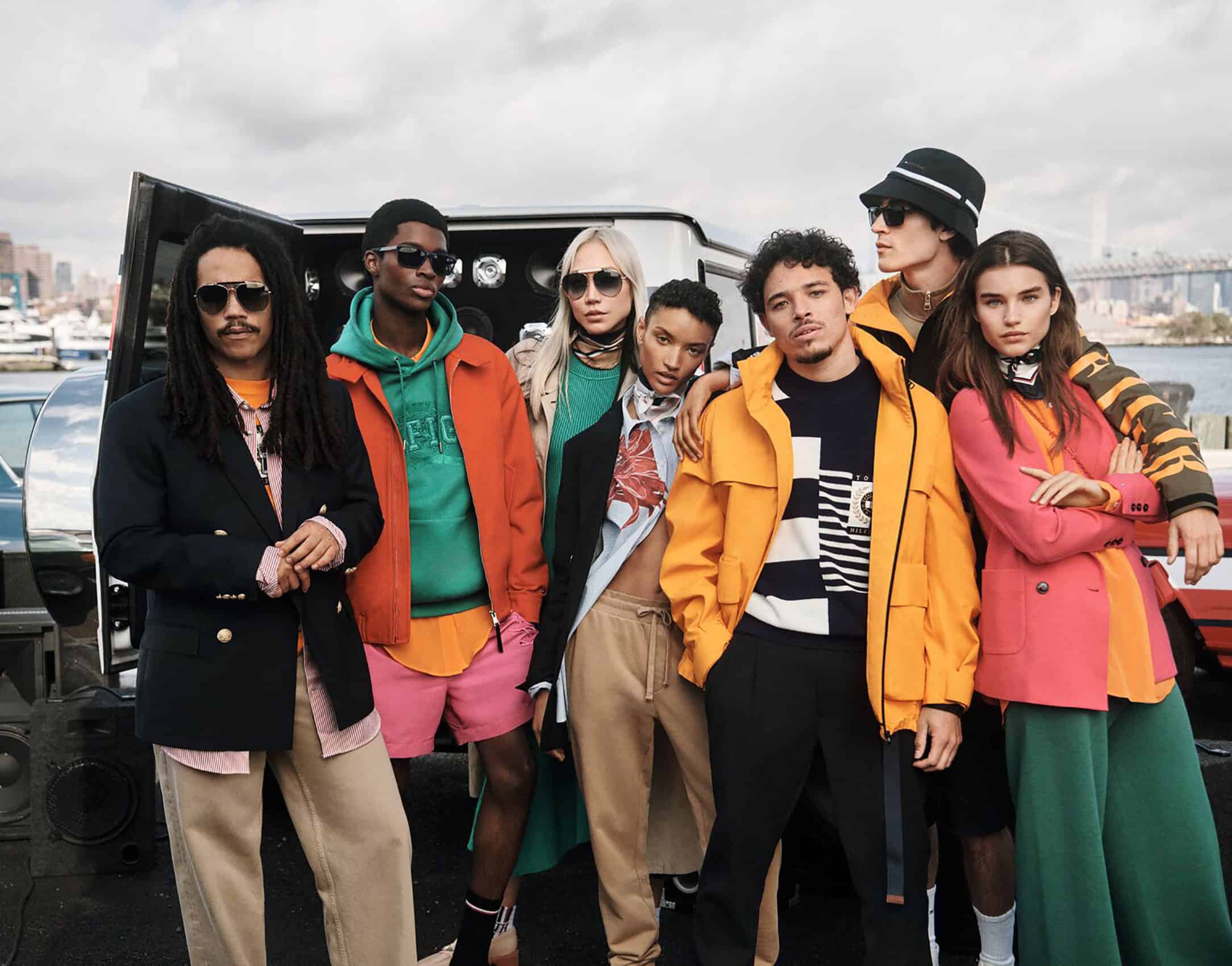 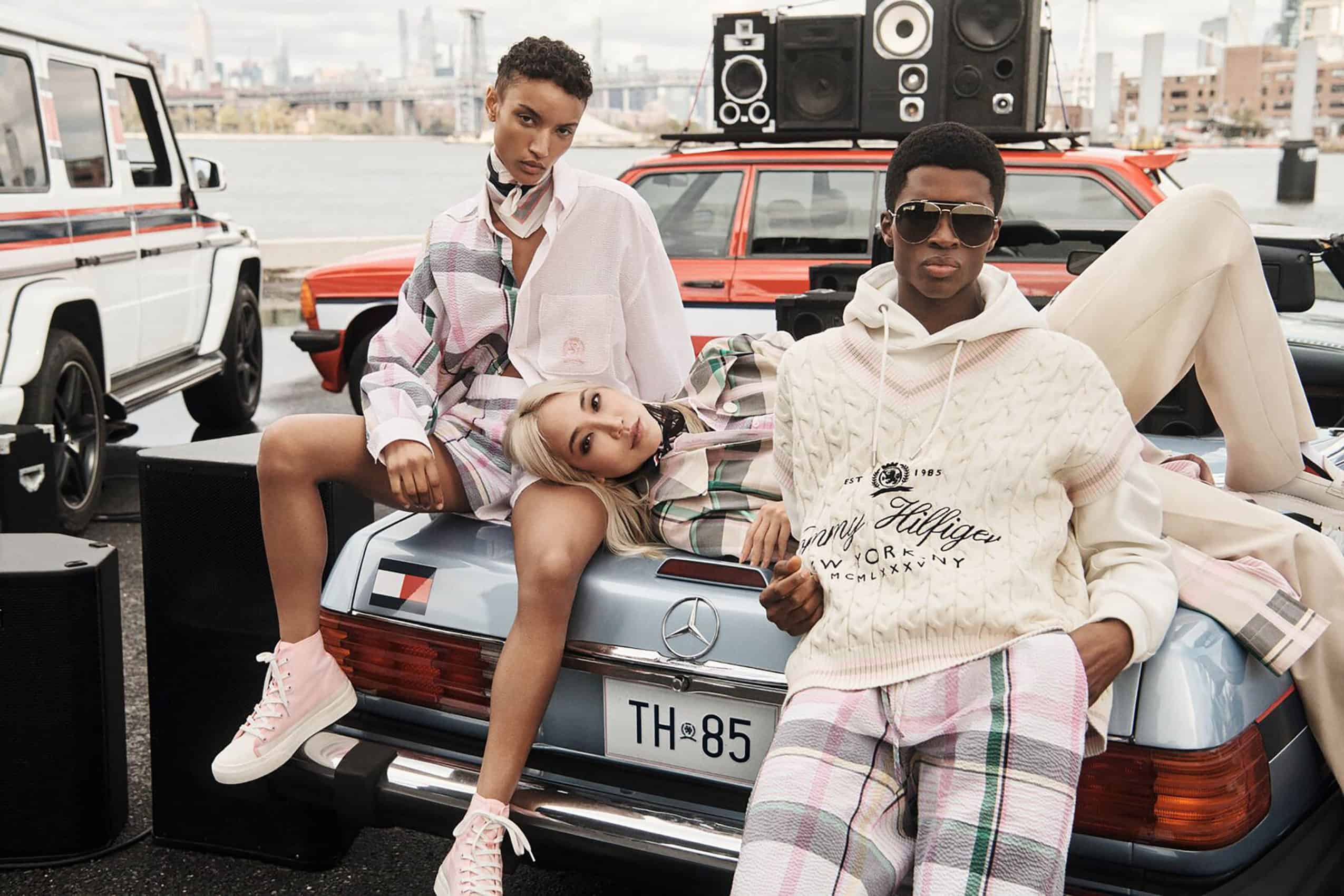 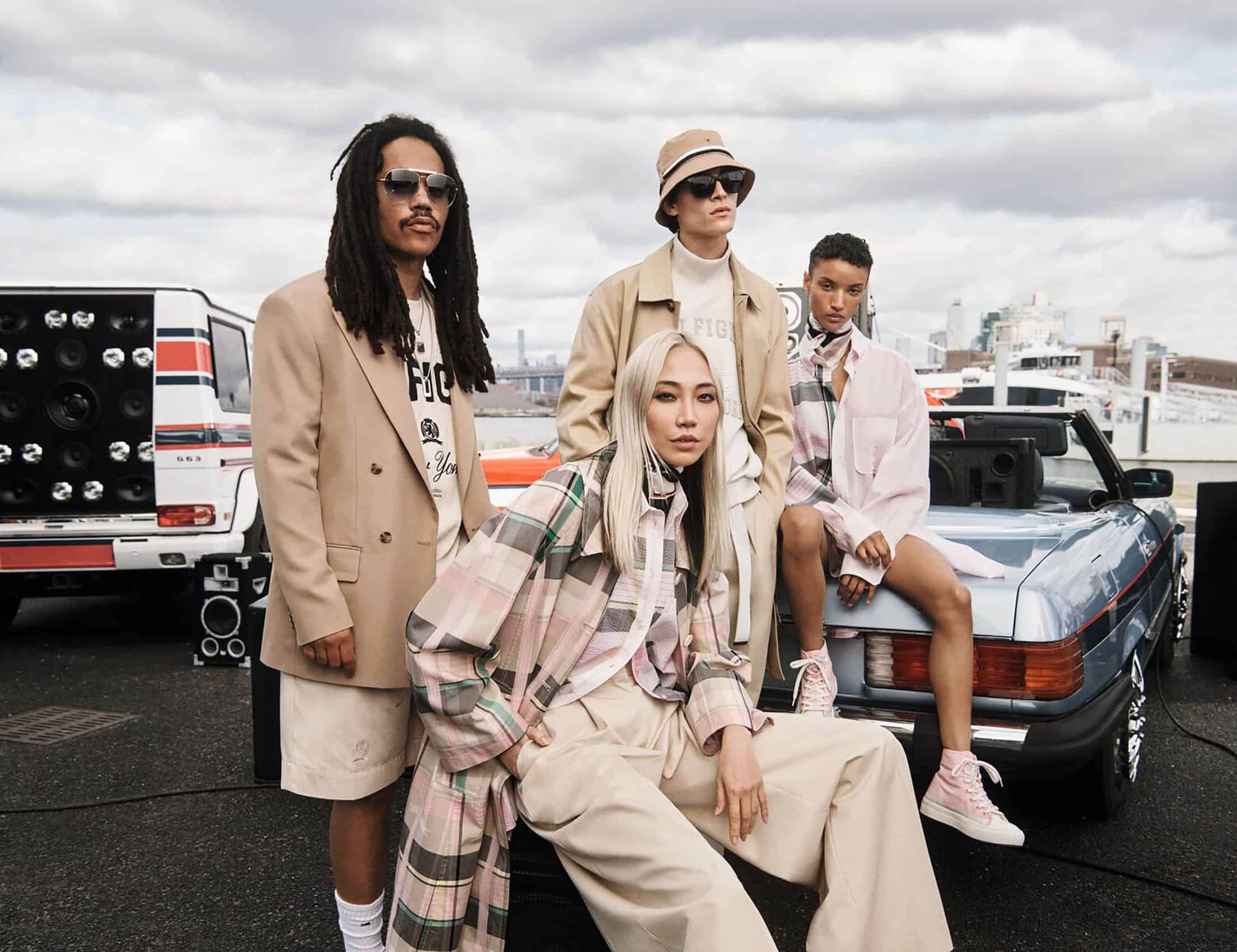 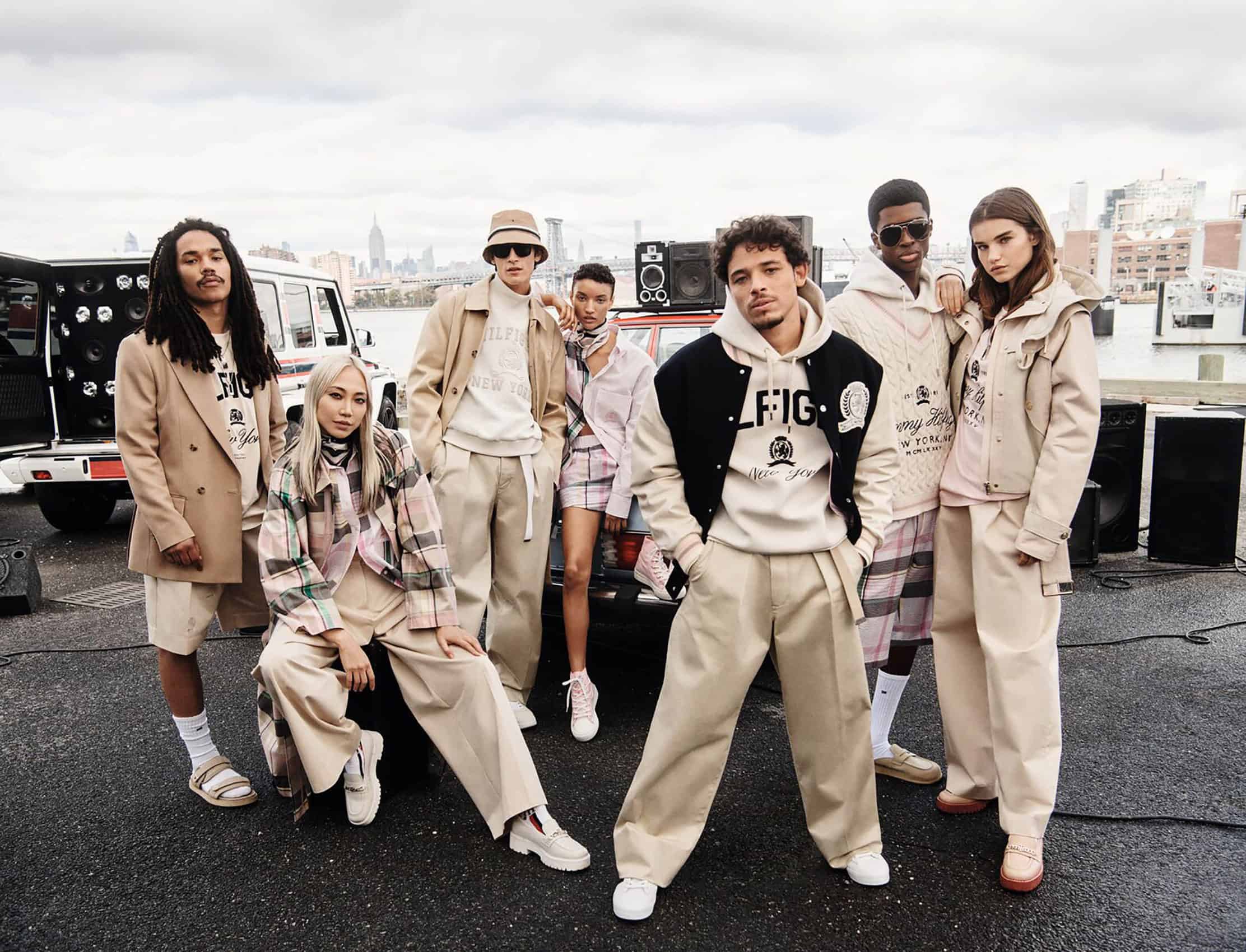 Christopher John Rogers is en route to the Met! The acclaimed young fashion designer will be the next guest of The Atelier with Alina Cho on April 19. The in-person conversation will explore Rogers’ upbringing in Baton Rouge, Louisiana and his subsequent rapid rise in the industry. The chat with Cho will also trace how early influences ranging from fine arts to Sunday service at his local Baptist church influenced his design philosophy. The Atelier with Alina Cho has featured no shortage of notable figures in the past, such as Grace Coddington and Nicolas Ghesquière, Alber Elbaz, Diane von Furstenberg, Bethann Hardison with Naomi Campbell and Iman, Michael Kors, Pierpaolo Piccioli, Olivier Rousteing, Donatella Versace, and Anna Wintour with Andrew Bolton. Run, don’t walk, as tickets are on sale now here. 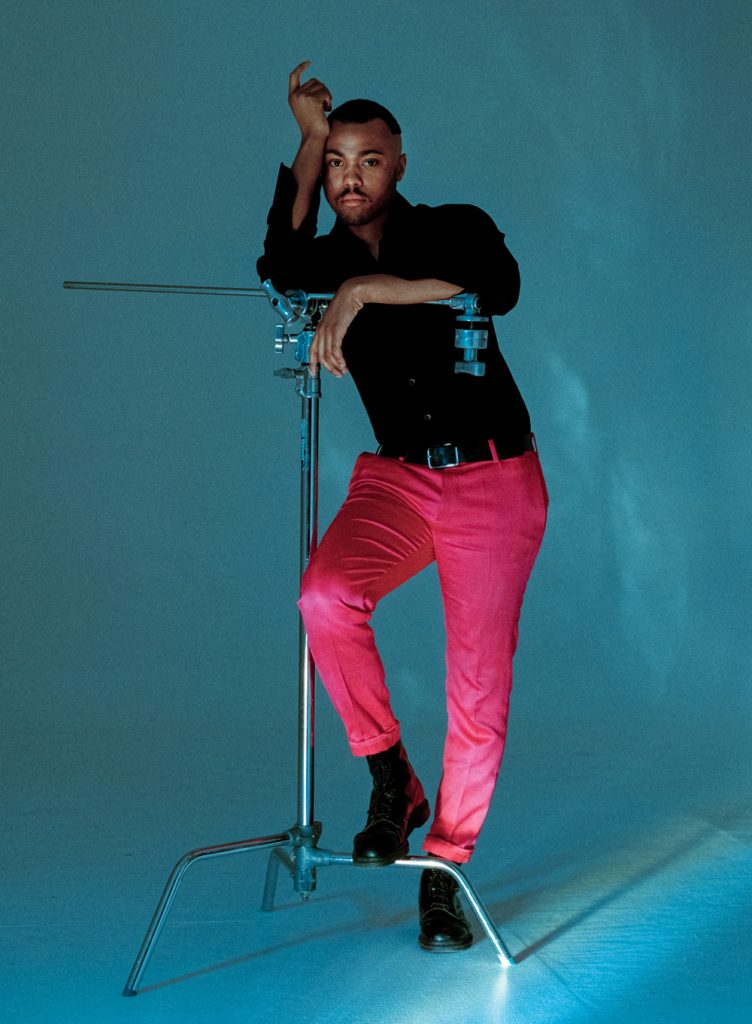 Polo is partnering with two HBCUs. For its latest capsule collection, the brand partnered with Morehouse and Spelman to create limited-edition collections inspired by the institutions’ rich heritage and esteemed traditions. Marking the brand’s first-ever creative collaboration with collegiate institutions, the unique collection aims to honor the history of both schools and expand the ways in which we portray the American dream. Polo will also release an accompanying film, “A Portrait of the American Dream,” which details the founding and historical significance of HBCUs through the lens of Morehouse and Spelman, demonstrating the use of style as an expression of aspiration, self-empowerment, and resistance. The film was shot in The Ray Charles Center of Performing Arts at Morehouse College and will premiere on March 28. 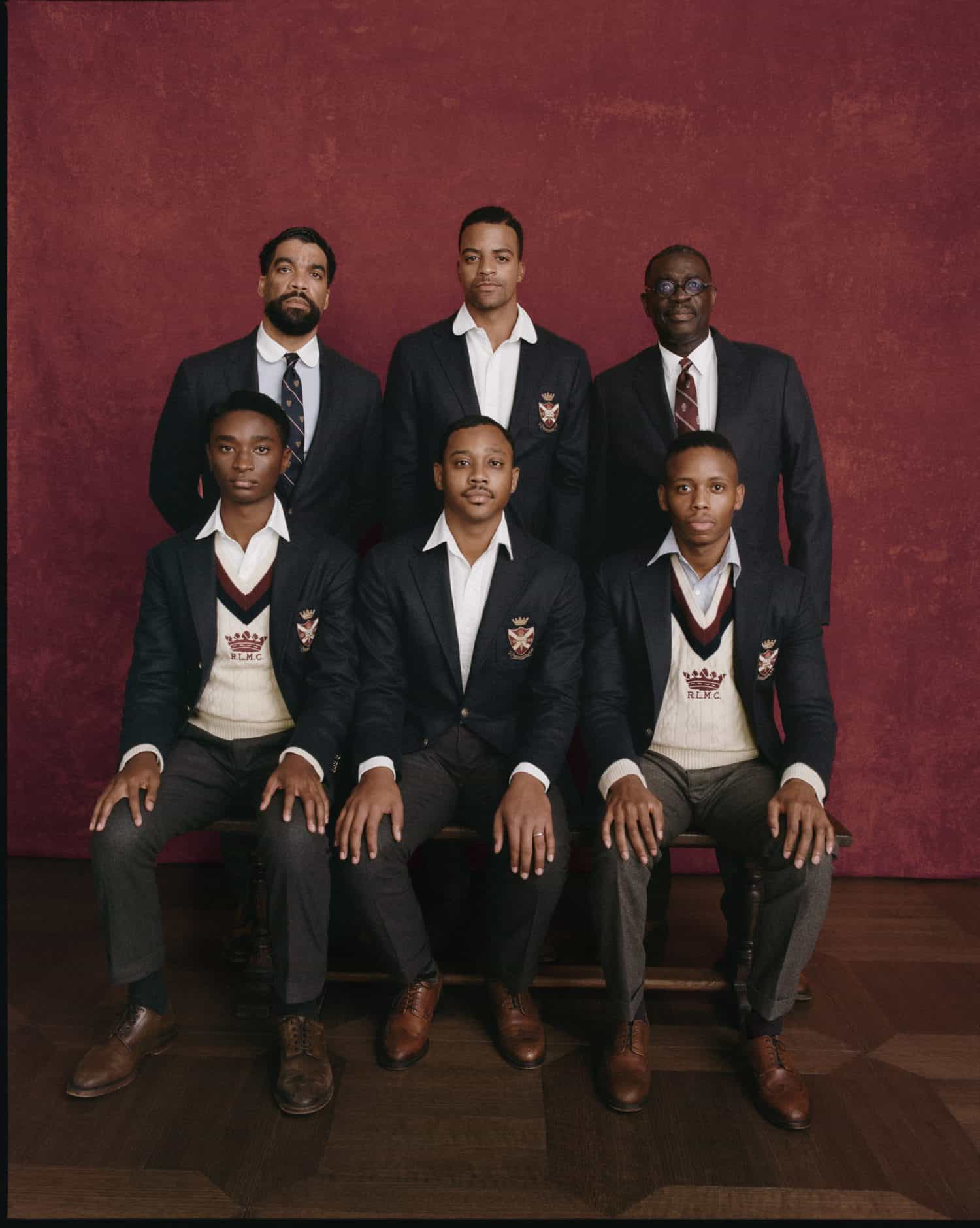 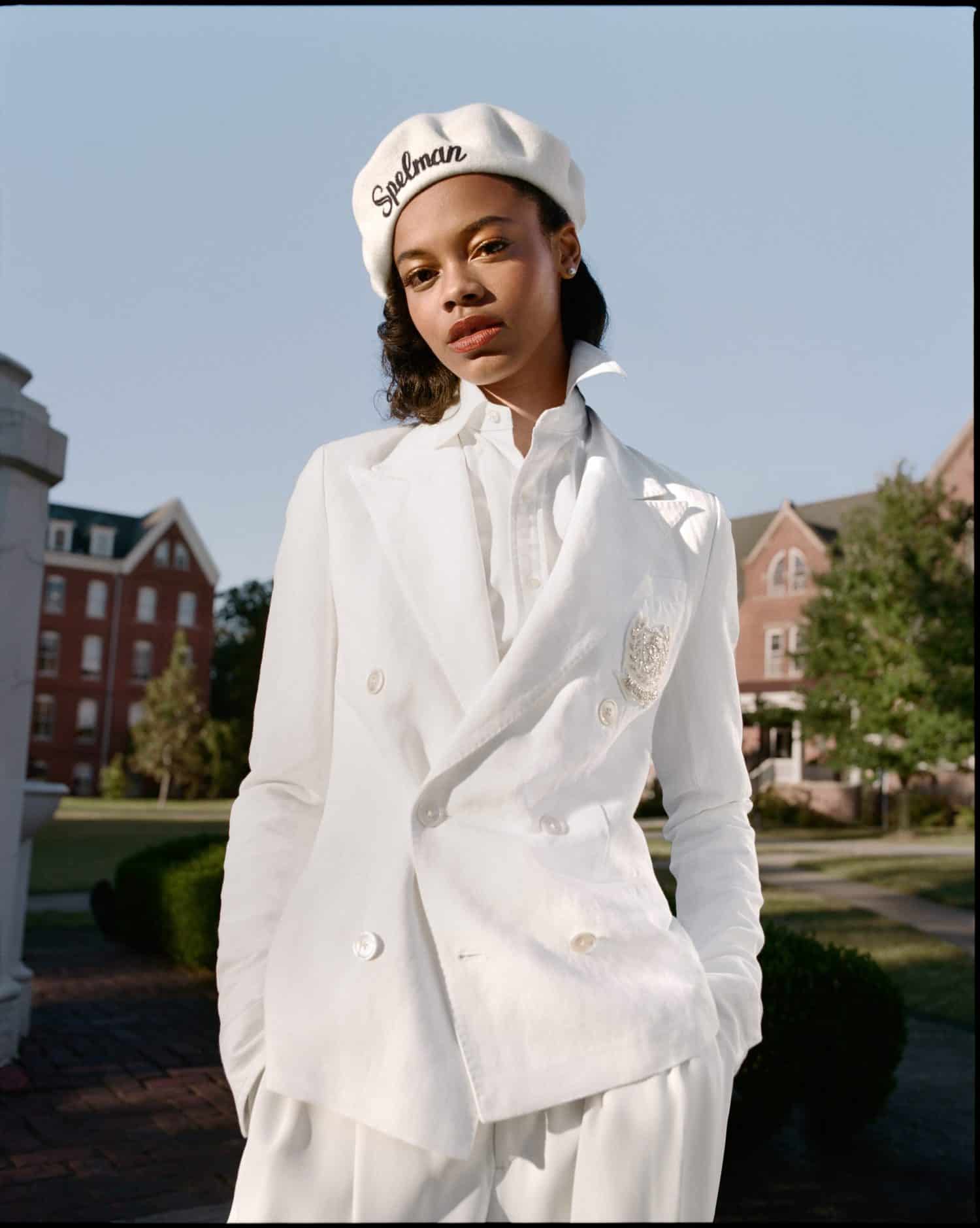 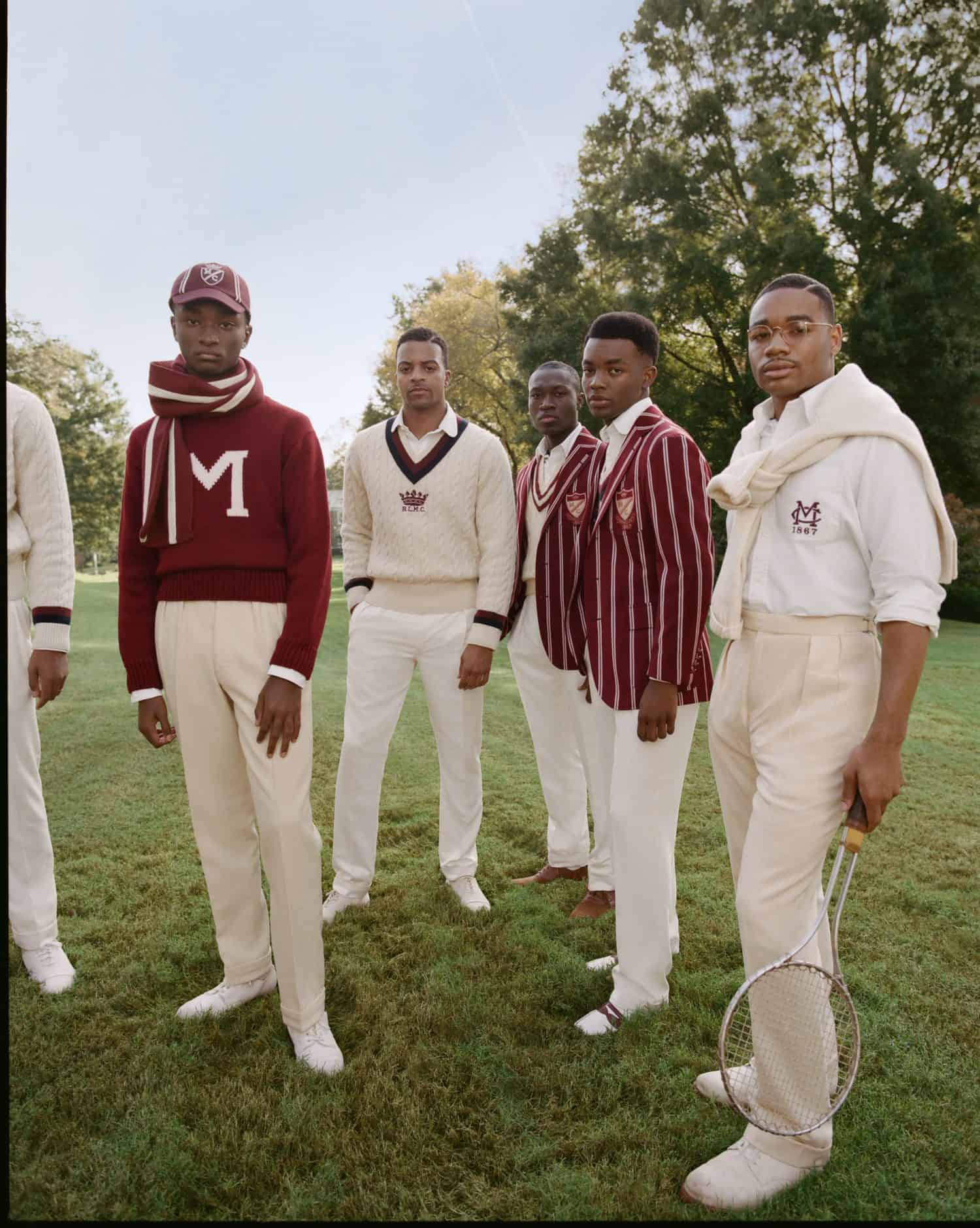 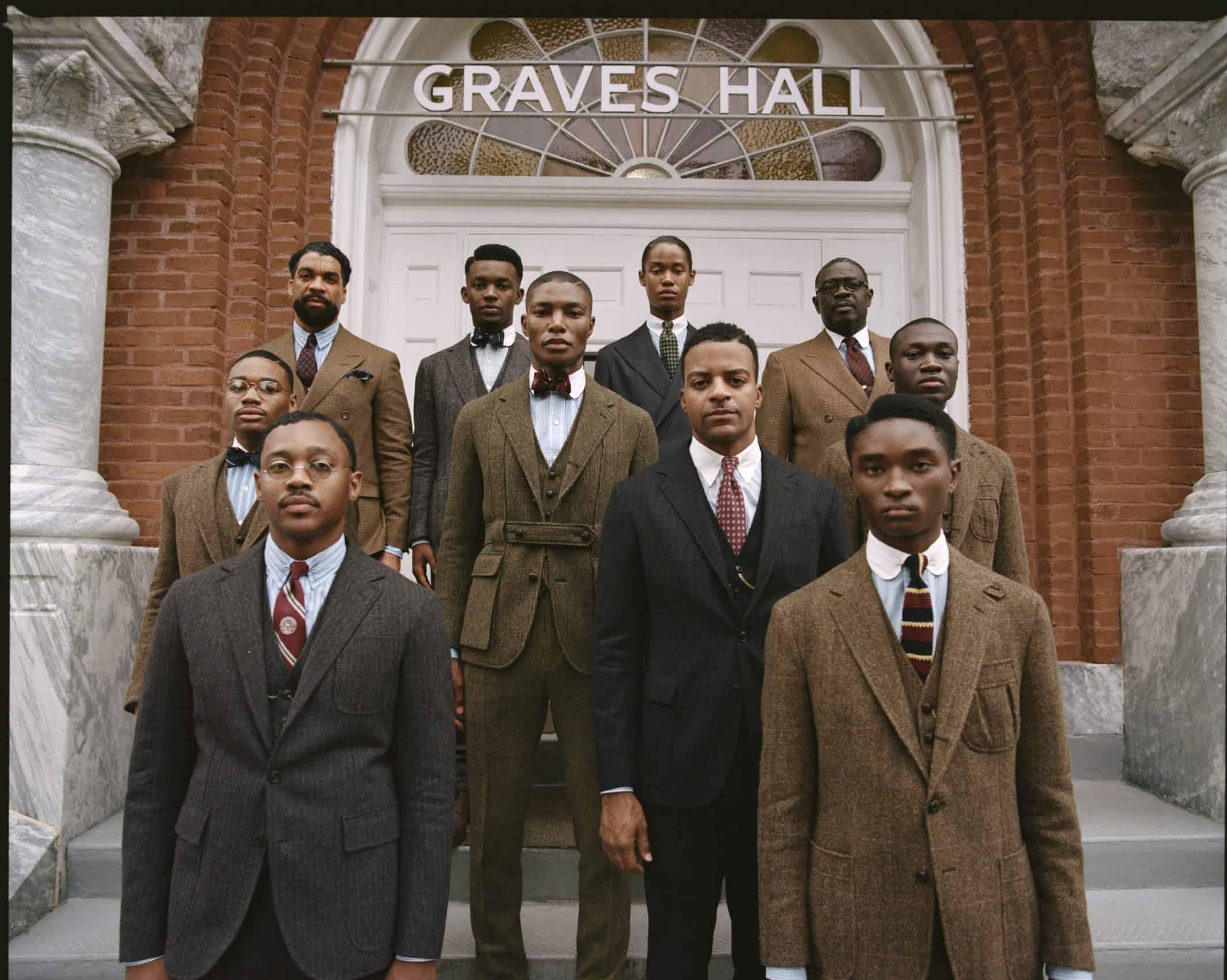 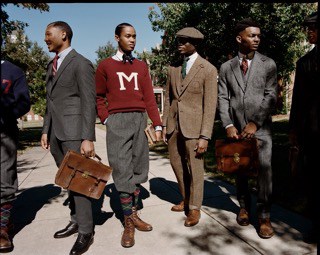 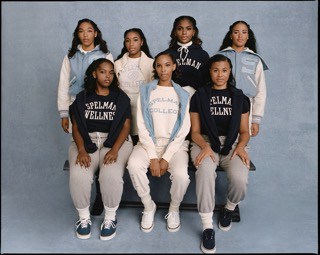 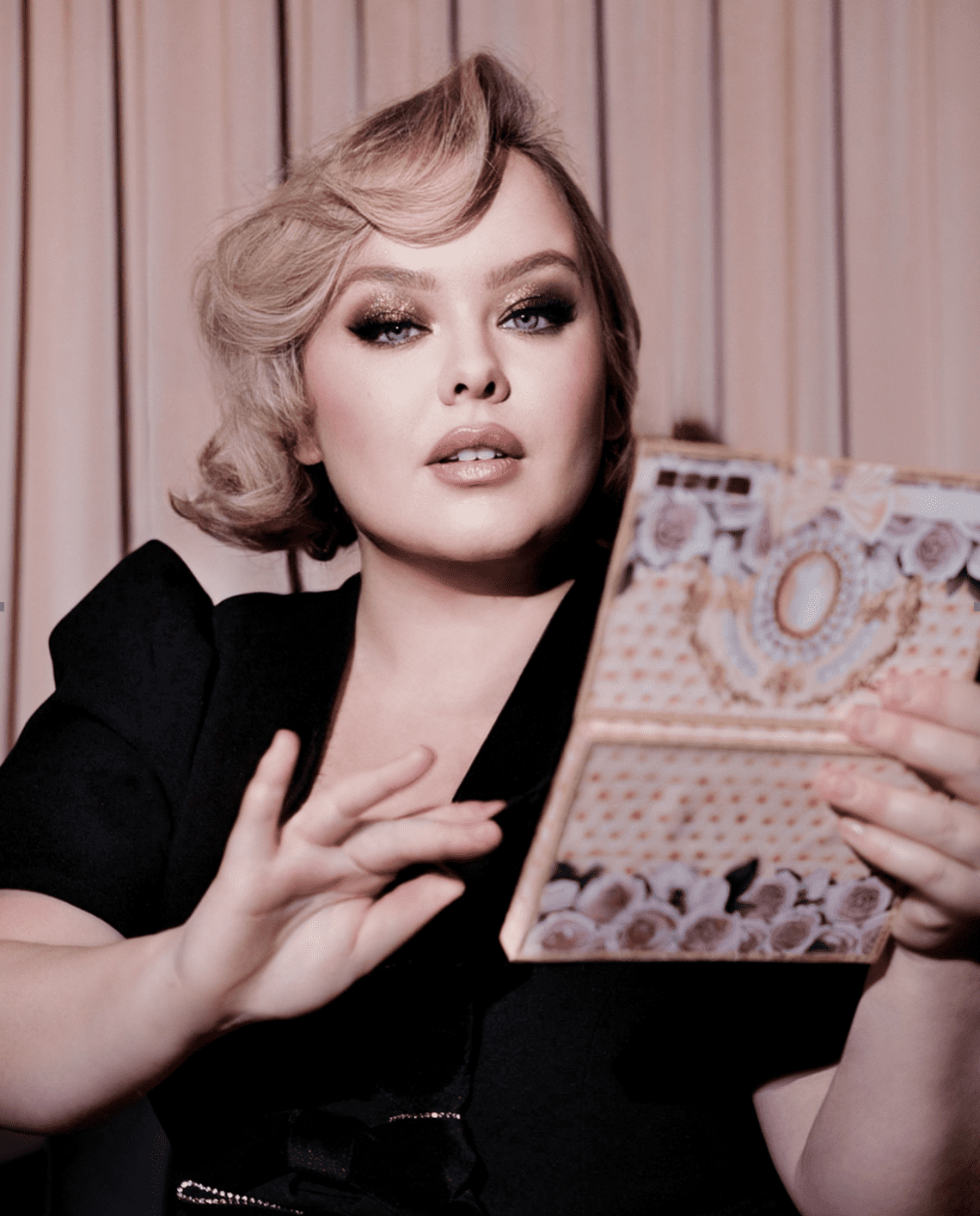 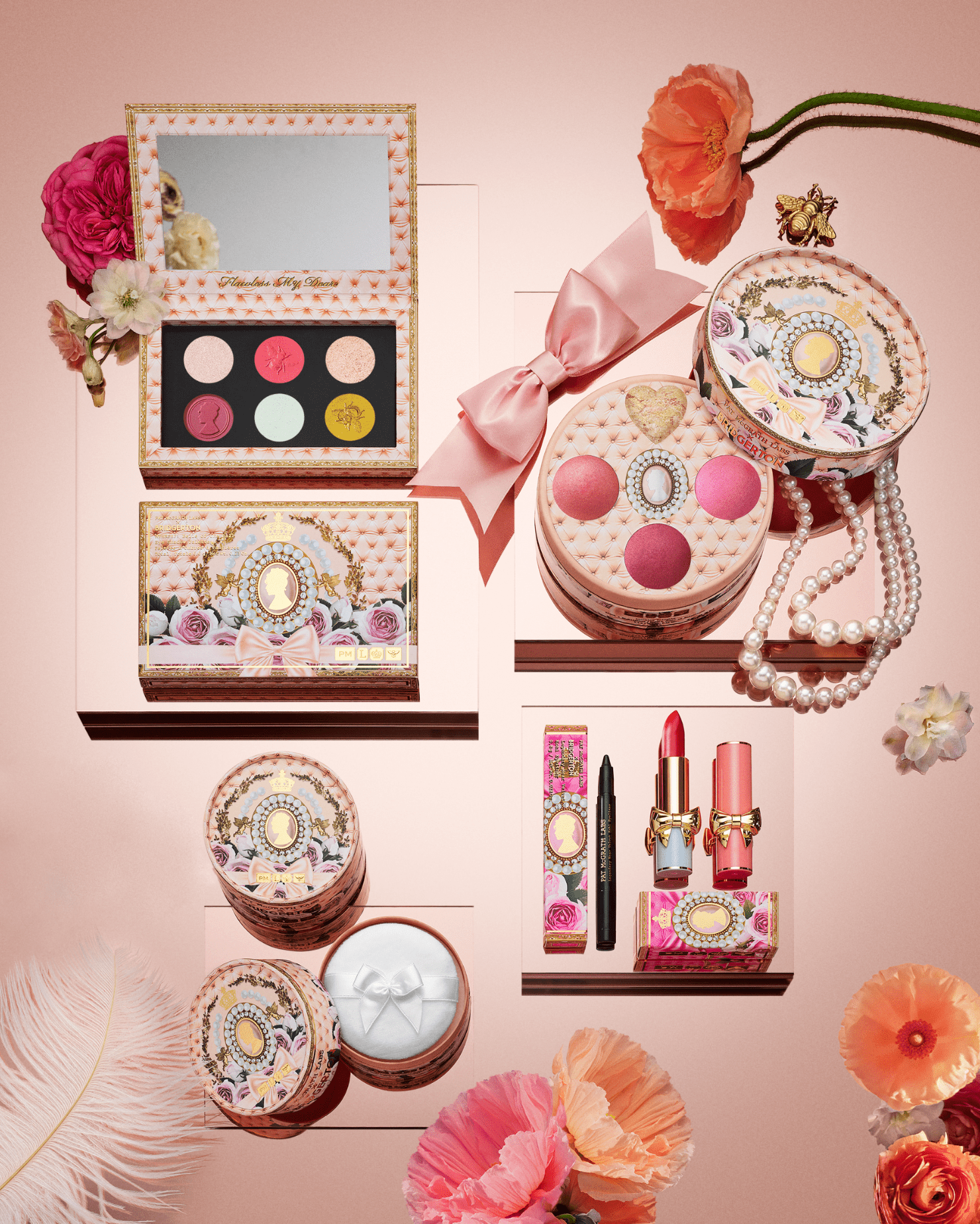 Speaking of! Luxury footwear brand Malone Souliers has launched a new campaign to mark the arrival of its own exclusive 14-piece Bridgerton-inspired capsule collection. Classic Malone Souliers styles like the Maureen and Frankie are reimagined in opulent materials that reference characters from the show–including pale blue floral jacquard for Daphne Bridgerton and a yellow moiré for Penelope Featherington. And that’s only the beginning. The Marguerite in lace mesh incorporates an empire-line silhouette and delicate velvet bow embellishment, while the Sonia Sandal now comes with a startling plume of electric blue feathers inspired by the beautiful hats featured in the new season of the show. The capsule collection even includes mens styles, with a series of slip-on silhouettes that are perfect for dancing (and courting), like the tasseled Alberto loafer in delicate turquoise suede and the Rene slipper, which has been reimagined in a dark navy floral jacquard inspired by Anthony Bridgerton’s wardrobe. “I’m so excited to bring this new collection to the world with a Bridgerton-worthy level of drama,” says Mary Alice Malone, creative director and founder. “We had a huge amount of fun designing this collection and getting inspired by the show’s incredible costumes, so I wanted to capture some of that energy for the big reveal.”

The internet’s favorite basics designer has just added swimwear to her catalog! Kardashian took to Twitter and Instagram to announce her first swimwear drop, which will be out March 18. The initial swim launch includes 19 styles—such as long-sleeved crop tops, bike-short unitards, and classic triangle tops available in seven solid colors, including the skin-toned offerings that Skims is known for, as well as cobalt and periwinkle. Kardashian describes the collection’s individual pieces as “Lego” with the goal of letting customers build their own sets according to the parts of their body they want to accentuate or cover up. The mogul has been teasing the drop on social media for weeks, claiming that she had to reel back on the spoilers since she wanted her customers to still receive a surprise. “I’ve really wanted swim for a really long time,” she told BOF.

Female led NY-based beauty brand Shespoke has found its latest muse in tennis legend Billie Jean King. For the premiere installment of the company’s new Icon Series, Shespoke will partner with King and the Billie Jean King Leadership Initiative to create a custom lipstick collection. As part of the venture, and all subsequent partnerships in the Icon Series, Shespoke will donate a portion of the proceeds to an important cause close to the collaborators’ heart. In this instance, proceeds from the sale of the Rally x BJK lip products will go to the Billie Jean King Leadership Initiative, a non-profit dedicated to promoting equality and inclusion in the workplace. Designed by King herself, the collection consists of a bold purple lipgloss shade—the color of equality!—called Topspin as well as lipsticks in four finishes, Sheer, Creamy, Balm, and Matte. Kelsey Groome, CEO of Shespoke, said: “Our mission has always been bigger than just lipsticks. We aim to meaningfully give back to organizations that share our brand’s values. We are proud to partner with the legendary Billie Jean King and support the Billie Jean King Leadership Initiative which promotes diversity and inclusivity in the workforce. Billie continues to use her voice to fight for equality and social justice. She is an icon of icons and we could not imagine a better individual with whom to kick off our Icon Series.” You can find the products here…mwah!

Alexander McQueen Returns To New York For The First Time Since 1999, Bringing Hope & Healing With It