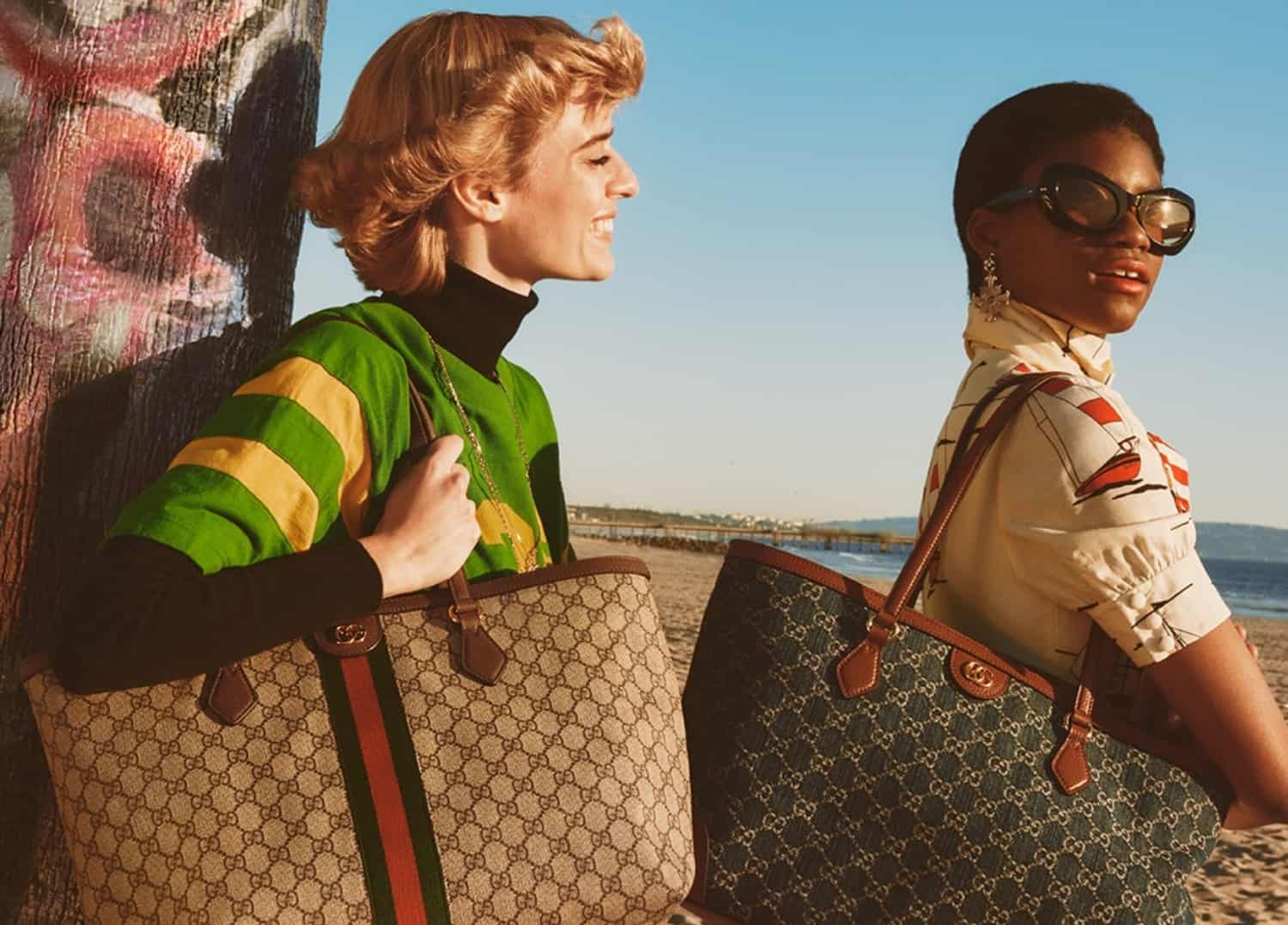 Gucci’s making a splash in the Hamptons

Get ready, East Enders—Gucci is making a return, but this time it’s permanent! A new two-floor boutique—located at 17 Newtown Lane—showcases men’s and women’s ready-to-wear, shoes, accessories, bags, and luggage among many other items, as well as Gucci Beauty and Gucci Décor. What’s more, the boutique will carry previous capsules such as Precious Gems and GG Multi. While the 2,000-sq-foot store’s exterior complies with traditional Hamptons architecture, the interior nods to Gucci’s polished, romantic ambiance and is ornately decorated with the brand’s own homeware collection. In celebration of the opening, the location will offer an exclusive capsule, with limited-edition bags and small leather goods (think: drawstring bucket bags, zip pouches, and oversized totes). This stint isn’t the first time the brand has shown in the area, having had a store on Main Street from 2006-2009, as well as previously doing collaborations with retailers in Montauk. Catch ya there!

Fern Mallis’ The Archive is coming back

Since premiering in February, Fashion Icons with Fern Mallis: The Archive has become a go-to destination for exclusive industry content. Led by the NYFW titan herself, the series features sold-out interviews with fashion’s most talented personalities: Valentino, Thom Browne, and Calvin Klein, to name a few. Thanks to its successful (i.e. sold-out!) pilot launch during NYFW in February, Mallis is back for round two—this time, with current and former CFDA leaders. Taking the hot seat first will be Stan Herman, former CFDA president, followed by Diane von Fürstenburg, and Tom Ford. Mallis, a former CFDA exec, will release four episodes with each fashion icon, beginning with Herman on May 24. Mallis will also continue The Edit, her monthly series of short clips featuring industry greats like Simon Doonan, Tim Gunn, and Betsey Johnson . The Archive will now run through July 2021.

Louis Vuitton ambassadors are expanding their fashion business, with three pop-ups scheduled to debut in Singapore, Manila, and Taipei starting in May and ending in October. The recently announced pop-ups come in celebration of the global K-pop icons’ latest studio album, Map of the Soul. Pop-ups are nothing new for the seven-man sensation, with previous endeavors in the United States, South Korea, and Thailand under their belts. As expected, the stores will boast elaborate decor and offer BTS-themed merchandise—from household items to apparel and accessories.

Rebecca Minkoff is onto something. Aware that we’re all sick of monthly subscriptions you can’t seem to cut loose from, instead of enforcing an automatic renewable, Rebecca Minkoff is now offering customers the opportunity to borrow products at their own pace and without the added contract. While many brands offer rental services, Rebecca Minkoff is the first brand-specific rental service of its kind. Certain products (about one-fourth of the brand’s styles) will be available for rent for two weeks at a time, at 25 percent of their retail price. Plus, if the customer can’t seem to shake the attachment when two weeks is up, they can pay fees for any additional days or until the product is fully paid off. Discounted glam with no strings attached? Yes, please!

It’s that time of year again—and it’s so close we can almost taste it! In Milan, the hybrid Men’s Spring Summer ’22 fashion week is scheduled to run June 18-22 and will show a total of 63 brands (with both in-person and digital events on the calendar.) Among the list of in-person offerings are Dolce & Gabbana, Etro, and Giorgio Armani, which is set to offer a double-show. Other notable offerings include Glenn Martens’ all-gender collection debut for Diesel on June 21, as well as first-time label debuts and all-sustainable collections. The upcoming lineup of presentations and catwalks marks Milan’s first return back to a semi-normal fashion week. In celebration, MFW host Camera Nazionale della Moda Italiana will organize an outdoor cocktail soirée to kick things off. However, if in-person attendance isn’t an option, virtual cocktails are always welcome! Digital access to the events can be found here.

There’s a new must-attend affair on the NYFW calendar, and we’re predicting literal magic! Informa Markets Fashion, the host for COTERIE, PROJECT, MAGIC, and SOURCING at MAGIC, just announced the debut of its East Coast trade event: MAGIC New York. Scheduled to premiere from September 19-21 on “Level 1” of the Jacob Javits Center, MAGIC New York will run alongside the flagship COTERIE event, and will showcase a collection of apparel, footwear, and accessories from previously-featured brands. The highly-anticipated event will also boast a calendar of networking opportunities, curated activations, and educational sessions—all of which to be attended by industry figures and leading influencers. (To register for MAGIC New York – September 19-21, please visit the registration page here and to exhibit at MAGIC New York – September 19-21, please visit here!)

H&M Team Up With Brock Collection For Dreamy (And Sustainable!) Collaboration