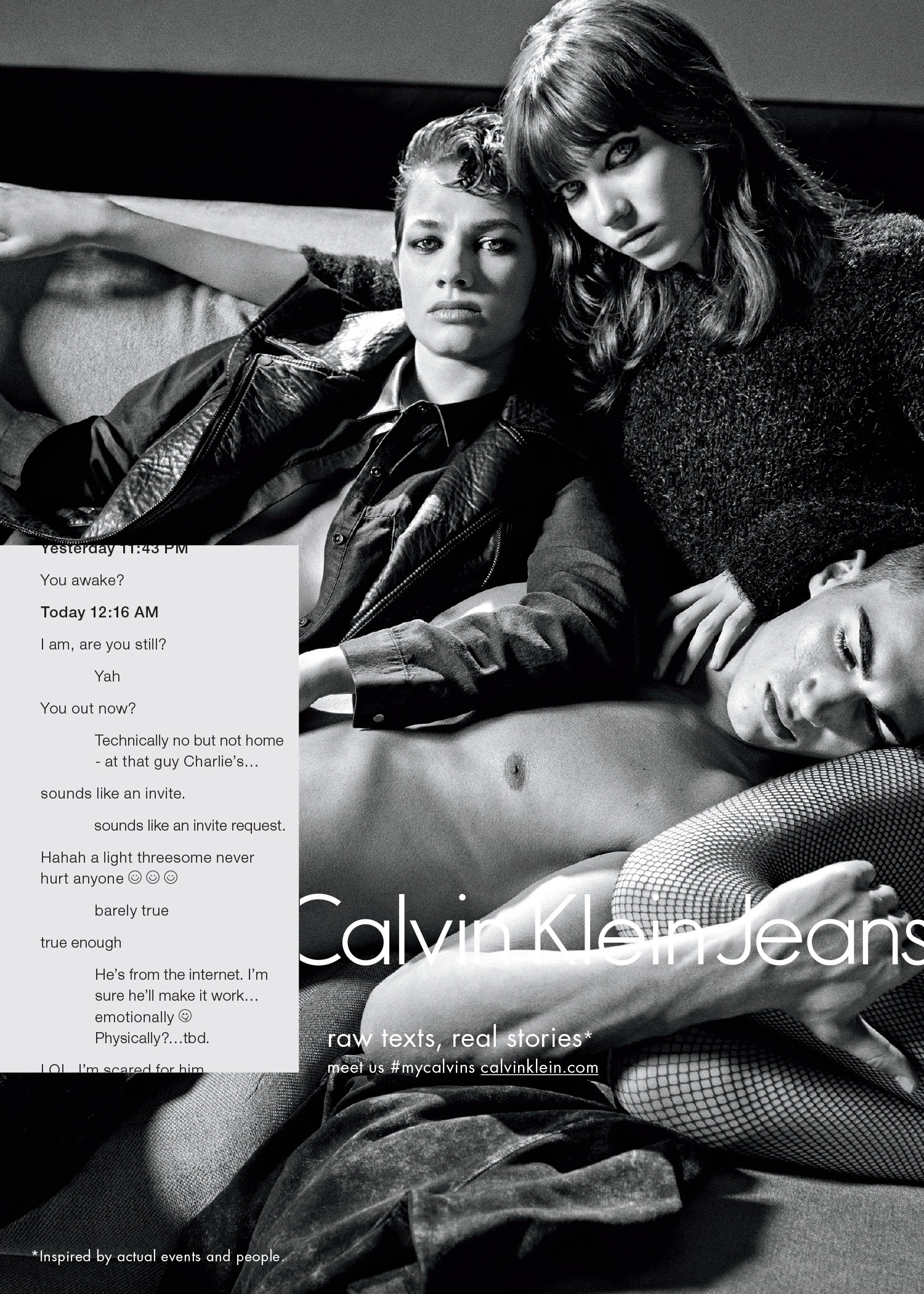 Calvin Klein Jeans released images of their of the moment (and inclusive!) Fall 2015 ad campaign, which shows a series of ridiculously good looking couples who are about to get busy, if their messages are any indication. According to a release from Calvin, it’s “an innovative sociological experiment turned fashion campaign, the visuals provide an editorial narrative of how a modern generation uniquely approaches sexual connection in a digital world.” Mario Sorrenti shot the campaign, which stars Grace Hartzel, Ethan James Green, Aya Jones, Julia Van Os, Piero Mendez, Alessio P., Imaan Hammam, Harmony Boucher, Torin Verdone, Laura Julie, Noma Han, Jaime Carpena, Tiana Tolstoi, Reid Rohling, and real-life loves, actor Will Peltz and Kenya Kinski Jones, who happens to be the daughter of music legend Quincy Jones.

Look for a big push of the campaign digitally with additional outdoor and print advertising in 27 markets globally that include partnerships with VICE and Tinder, marking the first time the brand (or any major brand?) has advertised on the social platform. The images include the #mycalvins hashtag, which invites fans of the brand to post a selfie of themselves wearing Calvin Klein.