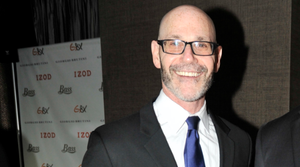 (NEW YORK) After 17 years chez Calvin Klein, Inc., the label’s CEO, Tom Murry, is retiring at the end of 2014. The company’s current president and chief commercial officer, Steve Shiffman, will succeed Murry. Before Murry bids adieu, he will assume the role of executive chairman on July 1, and will aid in Murry’s segue from CCO to CEO. Murry and Shiffman have worked together for seven years at Calvin Klein. During Murry’s time as CEO, he was instrumental in the label’s acquisition by PVH Corp. a dozen years ago, and for helming the company from a licensed-only to directly operated business. Murry apparently planned to decamp from his CEO role in 2016, according to WWD. Shiffman has been with Calvin Klein’s parent company, PVH, for 22 years, working in a variety of capacities at PVH and specifically at Calvin Klein Inc.

“The past 17 years of Calvin Klein have been an incredible experience for me, having shepherded the company through multiple transformations over the last decade. I felt this is the right time to accelerate our transition plans and made my decision knowing that Calvin Klein is in an excellent position and that we have the right team in place to build on our success around the world,” said Murry in a statement.

What’s The Abercrombie & Fitch and Karl...