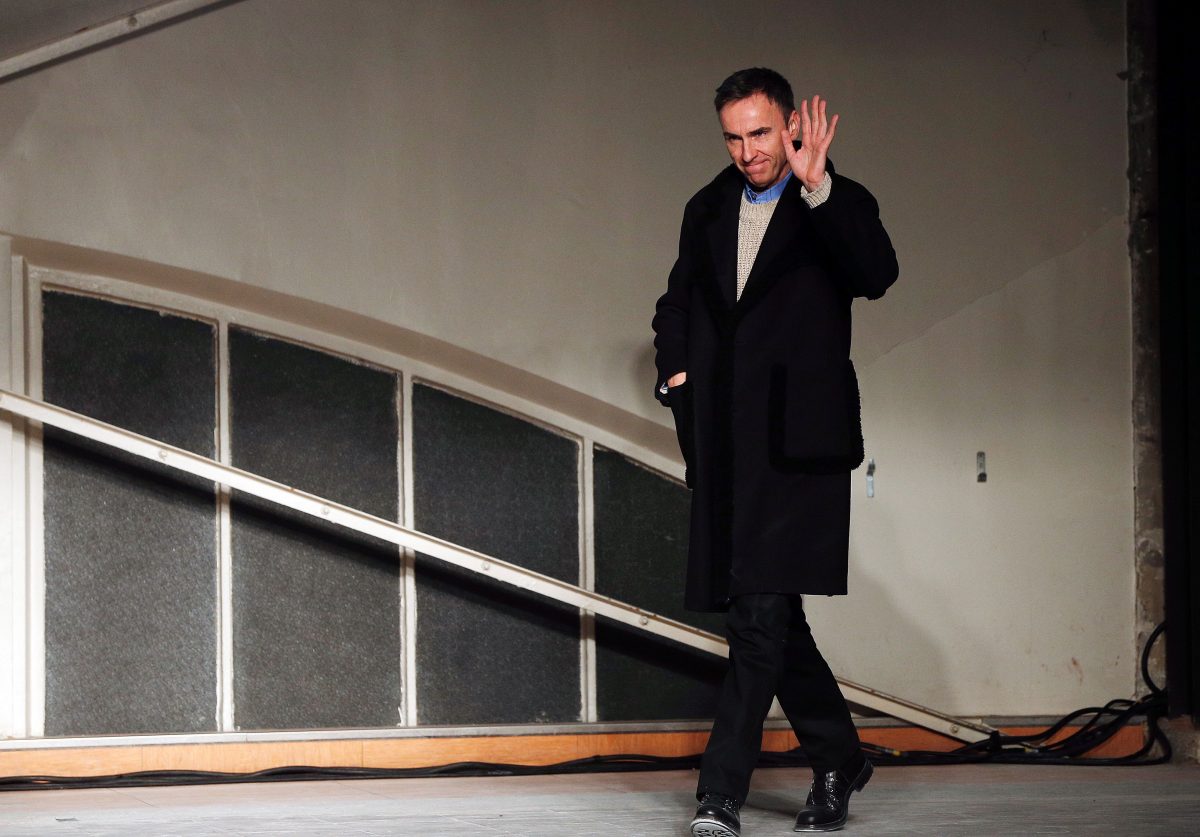 Belgian designer Raf Simons acknowledges the crowd at the end of his fashion show during the men’s Fashion Week for the 2016-2017 Fall/Winter collection in Paris on January 20, 2016. / AFP / FRANCOIS GUILLOT (Photo credit should read FRANCOIS GUILLOT/AFP/Getty Images)

Raf Simons has (finally) officially been named chief creative officer at Calvin Klein, after leaving Dior in October 2015, Business of Fashion reports. The news comes on the heels of Dior’s announcement that former Valentino co-creative director Maria Grazia Chiuri will design its women’s collections, replacing Simons. It was speculated that Simons’ noncompete at LVMH expired in July, making the move to the PVH-owned Calvin Klein a possibility.

“The arrival of Raf Simons as chief creative officer signifies a momentous new chapter for Calvin Klein,” Steve Shiffman, CEO of Calvin Klein Inc, told BOF. “Not since Mr. Klein himself was at the company has it been led by one creative visionary, and I am confident that this decision will drive the Calvin Klein brand and have a significant impact on its future. Raf’s exceptional contributions have shaped and modernized fashion as we see it today and, under his direction, Calvin Klein will further solidify its position as a leading global lifestyle brand.”

Pieter Mulier, Simons’ longtime studio director, has also joined Calvin Klein, taking on the role of creative director. “Mulier will be responsible for executing Simons’ creative and design vision for all men’s and women’s apparel and accessories lines within the Calvin Klein brand,” the company said in a statement.

In April 2016, Calvin Klein Collection womenswear designer Francisco Costa and menswear designer Italo Zucchelli announced they would leave the company, making room for a new creative director who could enforce a single, cohesive vision. Simons will have creative control over everything including the underwear and fragrance campaigns, brand imagery, the diffusion lines and home goods, according to BOF’s report.

The Daily Roundup: Raf Simons Officially at Calvin Klein, Was Rachel Roy Hacked by the Beyhive?