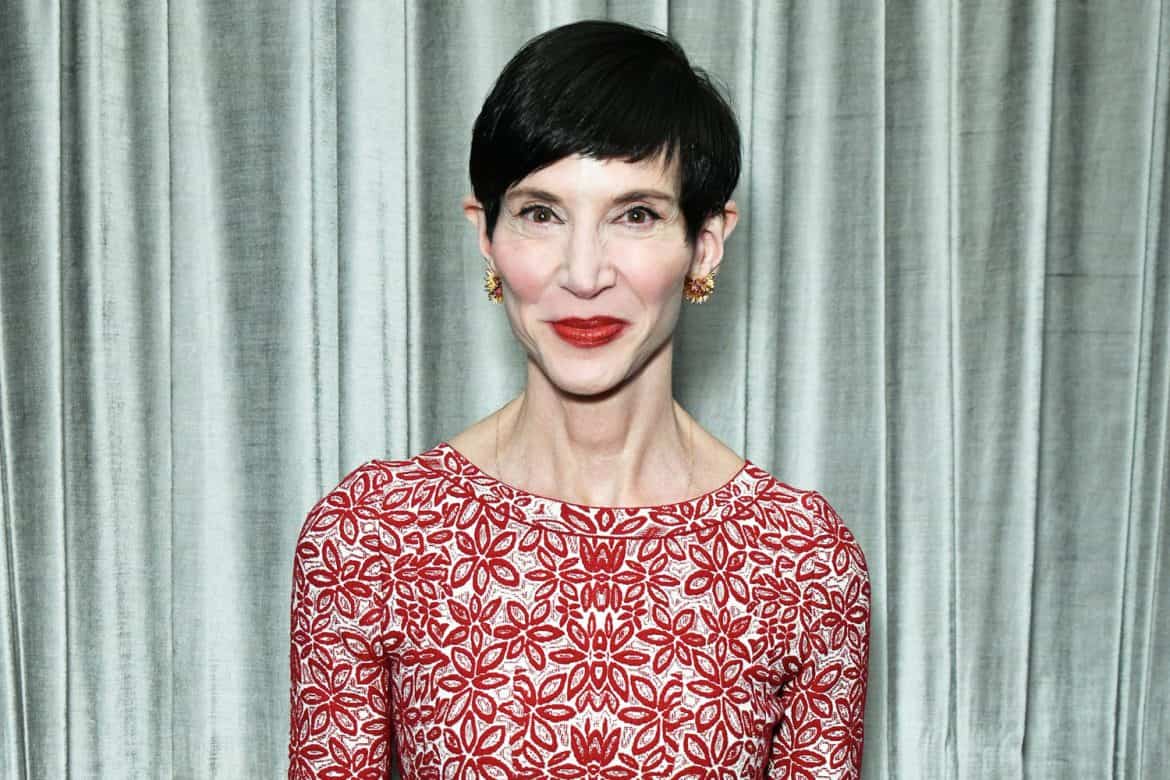 Amy Fine Collins is something of a fashion legend. The author and longtime Vanity Fair contributor has a vast knowledge of fashion, art, and pop culture history. Her new tome, The International Best-Dressed List: The Official Story, blends these worlds to give an unprecedented look at the list, and the people who have been featured on it. The Daily caught up with Collins to learn all about her new book, and pick her brain on the current state of style.

I was flipping through the book and it is beautiful!
There are a lot of unknown and rare images in there. There were so many more that we wanted to include that we couldn’t because of space but it is gorgeous. No matter how many times I look at it, it still retains its beauty and it’s a surprise.

Tell me about how the Best-Dressed list got off the ground!
The list was founded by Eleanor Lambert in 1940 partly to stimulate the American fashion industry as the world was going to war in World War II. Eleanor lived to the age of 100 and this invention of hers has become such an institution, like the other fashion institutions she has founded like the CFDA, Fashion Week, and The Party of the Year (which is now called the Met Gala).

This was one institution that she wanted to insure survived her, so in 2002 she decided to bequeath it to Graydon Carter, Reinaldo Herrera, Aimée Bell, and myself. All four of us were at Vanity Fair and three of us were already on the Hall of Fame. All of us had been sitting on her International Best Dressed List Committee for a while and she entrusted us with this property of hers. 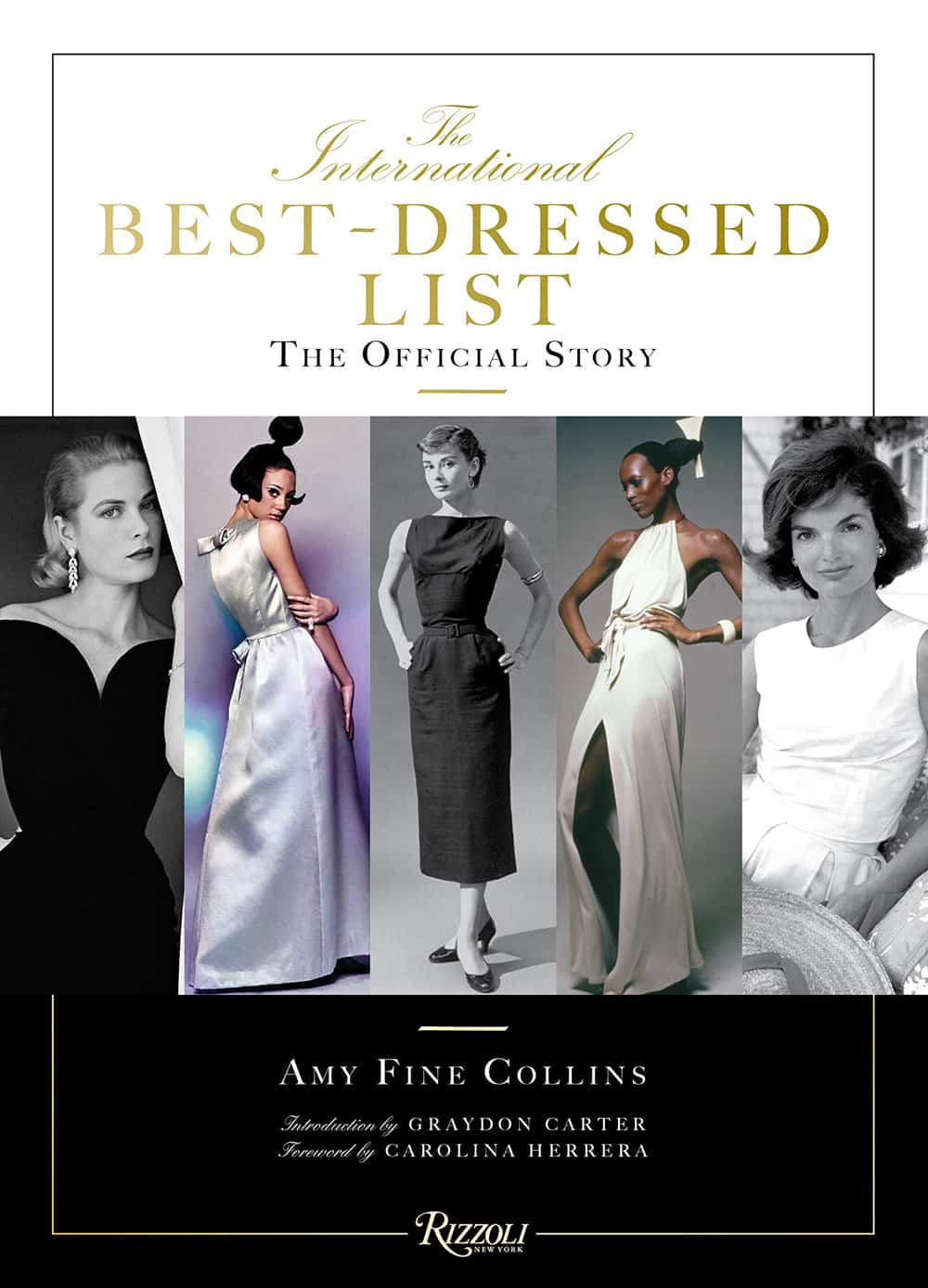 Why was now the right time to write this book?
In 2017, things changed. Graydon departed to found Air Mail, among other things that he’s doing. So we are in a state of transition with the list. Part of the plan regarding how it is doing to evolve is to finally create a book, a full document on the list and its history. It’s something that I was able to do in a way that no one else could’ve done because we also are the heir and sole possessors of Eleanor’s archives of the International Best-Dressed Lists. The files starting from the 1930s all the way up to when she closed her offices.

Oh, how interesting!
That became the basis of the book. I had opened the lid earlier to do an assignment for Vanity Fair that was kind of the precursor of this. I had sifted through the archives and worked with an assistant to organize everything into chronological binders and get it all together. It was clear, once we had organized everything, that I had the makings of a book.

The moment to do it didn’t really arise until the shift at Vanity Fair which opened up the time for me. And I also got a lot of my teammates and colleagues from Vanity Fair. We had all worked together for years. I’m the only one among them that is still on the masthead I believe, but we all understood each other very well. The same level of taste and high standard of taste and duty so it became a pleasure to do. It was a real joy to work on.

When did you first meet Eleanor?
I met her under the circumstances of my being considered to write a book about [interior design firm] Parish-Hadley which the photographer Horst P. Horst’s boyfriend, Valentine Lawford, was initially asked to do. When Valentine declined he recommended me in his place. Eleanor was representing Parish-Hadley at the time.

I ended up not doing that book but the fruit of that was a friendship with Eleanor. She became a major mentor and friend of mine. It was just one of these instant, mutual attachments, which was compounded by the fact that she lived right near me. We had very similar points of view about not just fashion, but about the world in general. We were both coming from an art background and she was a very straight shooter. She had a lot of knowledge that I’m sure she wanted to pass along. And she was close to Geoffery Beene who I was also very close to. 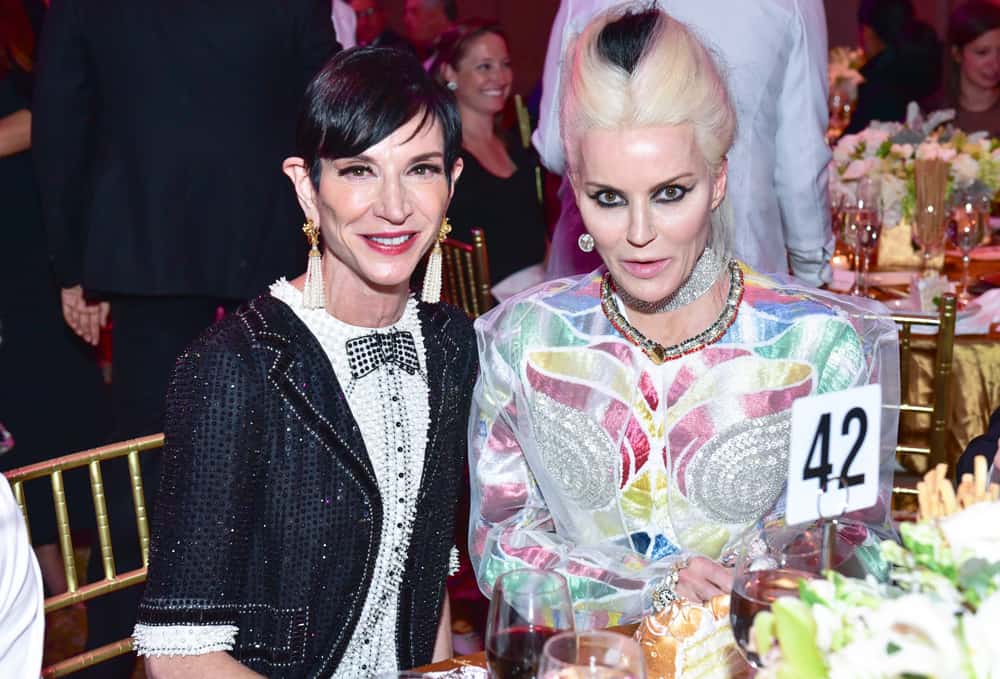 Tell me about the early days of being on the committee!
It was always at her apartment where I felt comfortable because I had been welcomed there so often as a guest. People had very strong opinions. They were harsh judges, but not inaccurate ones, for who might be eligible for the list. It was fascinating. Maybe the first meeting I met [famed New York socialite] Jerry Zipkin. He didn’t live much longer after that but he was a supercilious arbiter of taste and society and he just softened around me. People who might’ve been scary were so lovely and welcoming.

What is the voting process like?
There are several stages. First the ballots are sent out. We follow Elenor’s system almost exactly, so two or three thousand ballots are always sent out. Then we tally the votes. Then the committee meets to talk about the votes which I compare to an electoral college that oversees the popular vote. You need to be sure the list is a little bit varied — you don’t want to end up with people who are all the same age or profession, or have all been on the list before. You want to freshen it up a bit. It needs a little artistic touch.

What do you look at when considering someone’s style?
Everything. The worst is when you see someone looking impeccable on the red carpet and then you see 92 other photos of them looking like a complete unkempt mess without any interest in their appearance whatsoever. That’s when you realize these people have no taste at all! They’ve just been dressed up like little paper dolls for the night.

How do you balance different aesthetics, especially when it comes to people who are more avant-garde or experimental with their looks?
We’ve always been interested in some of the most extreme cases of individual style, where it’s not within the conventional idea of chic but they have a strong identity. Lady Gaga or Rihanna would fit into that. They might not fit into the traditional idea of elegance or chic, but the self-expression through clothing is so strong and so interesting that it would be a qualifier for them. 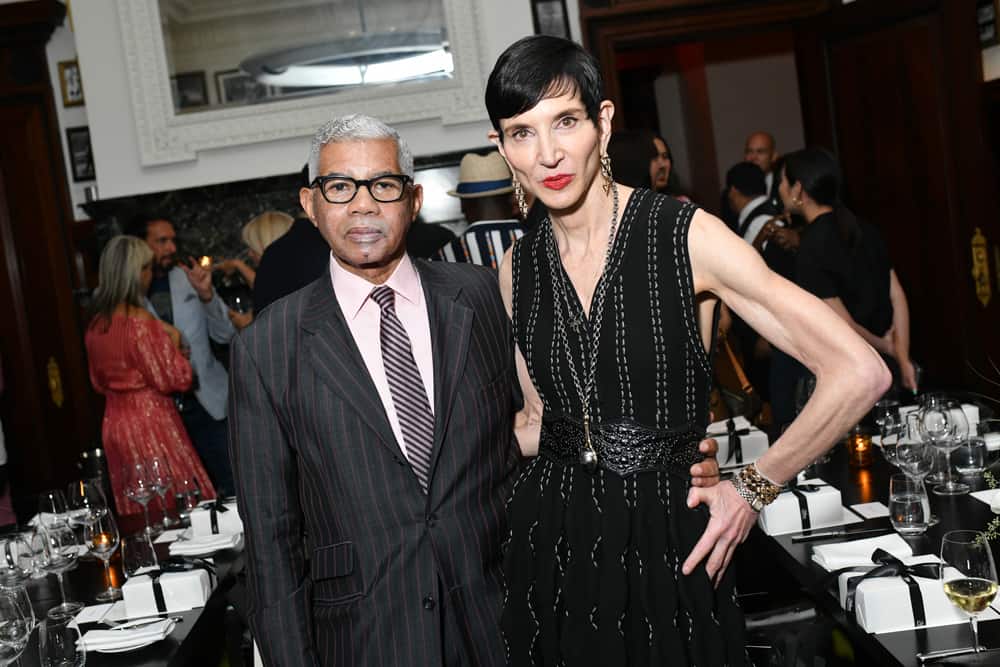 Some editors complain that personal stylists have killed individuality on the red carpet. What do you think?
Not only individual red carpet style has been killed but individual style, period, has been killed. To the extent that stylists have homogenized the look of stars out there, I don’t think they’ve been doing the industry or the stars a great service. Now they feel insecure without the stylist. It’s one thing if you can learn from a stylist and really collaborate. Help interpret, the way designers used to. Audrey Hepburn wouldn’t have her full look without Givenchy. But it wasn’t like he was just pitchforking these clothes on her. It was a collaboration. In the old movie studio system the wardrobe department would work like that. Edith Head would help someone like Grace Kelly find what’s best for her, but she learned and could do it on her own as well.

And now things are completely different.
I don’t really know what happened but everything got commercialized and there are business opportunities for people. Everything is turned around. Instead of a movie star buying clothes, it went to designers lending clothes and then designers started paying celebrities to wear clothes. It’s really hard to find authentic style. There are some exceptions, like Tilda Swinton.

Are there any celebrities that break the mold?
What Elle Fanning has been doing, even though she is clearly working with a stylist, is so different than what you’re seeing on anyone else. It was interesting what she wore to Cannes in May. Nicole Kidman always got it. When she’s super casual there is an innate poise that makes her carry even the most informal clothes in a particular way. Janelle Monáe — she has extraordinary style and she works with designers for sure but boy does she dominate the clothes. She’s nobody’s paper doll.

Do you think social media has had an effect style and fashion?
[It promotes the idea] that clothes should be disposable. The great women of style had no difficulty or trouble repeating their looks. You wore something, acquired something because it spoke to you in some way. Why would you throw it out? Why would you throw away your own identity? The internet and Instagram encourages people to change their clothes and style all the time and the fear of people being bored or boring yourself. In some ways it’s been a great boom because it opens up more worlds and more places to see clothes worn at their best. It’s a mixed blessing. The internet has created a lot of great things and destroyed a lot of great things.

The International Best Dressed List: The Official Story will be available October 22.

One Final Met Party For The Road