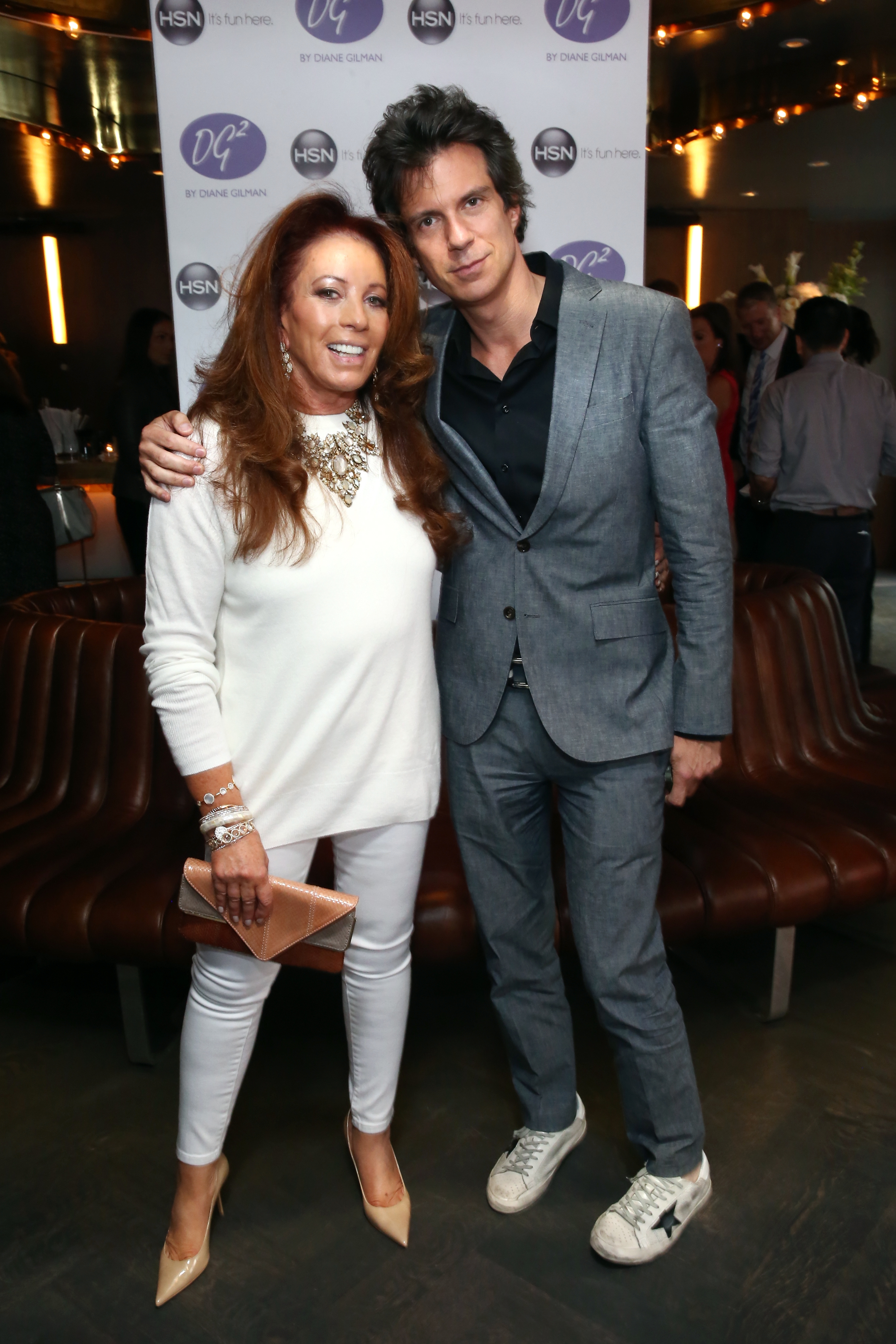 Despite 20 years on HSN, we weren’t as familiar with Diane Gilman as we should have been, but that’s our mistake. This week the “Jean Queen” was celebrated at The Wayfarer NYC with Adam Glassman, Mickey Boardman, and Fern Mallis coming out to toast her reign as not only the network’s top-selling designer, but as the creator of the DG2 jeans, which have sold 7 million pairs in the past 9 years and have brought joy (and sexy) to women of all ages and sizes. We grabbed Gilman, who has the gift of gab, for a few words and now we get it…She’s MAJOR!
BY EDDIE ROCHE

How have things changed in the past 20 years?
I was at HSN through the worst of times and then [HSN CEO] Mindy Grossman came in and threw out almost everybody. I think I was the only person in fashion that survived. She basically said to me, “What do you want to do?” I said, “I want to dress my generation. It’s so far beyond fashion for me. This is a communication platform, why don’t we use it that way? Why don’t we build a family around us? Of not just customers but a sisterhood. I want to make women my age, baby boomer women, feel better about themselves; better about aging, better about having the perfect body, better about how they live their lives every day. And I want to do it by creating a jean for all of us.” Mindy said, “You realize no one’s ever been able to sell a bottom on television.” I said, “I think I can do it.” And I went out with a very emotional pitch. She gave me 5 a.m. on a Sunday in the middle of winter, and we sold 5,000 pairs jeans in three minutes. And I thought, ‘I’ve got something here.’ So it went from being the worst of times to being the best of times.

What kept you going during the tougher times?
It has a lot to do with how long you’re willing to invest your life in something, and how much you believe in yourself. It was fascinating to me that even as a two-year-old, I picked up a crayon and drew a dress. I knew what I wanted to do. But did I ever believe that I would be a television “sell-ebrity”? Never in my wildest dreams.

Do fans ever come up to you in your everyday life?
On the streets in New York, women stop me all the time. One woman stopped me on Central Park South today as we were jogging over here. She was in tears, she said, ‘You have no idea what you’ve done for my life. You changed my life.” I use my on-air presence for good. Of course I’m out there to sell, but I’d really like to be a voice for females in my generation. I’m about to start writing my second book and my goal is to make women feel good about themselves. They say that 100 percent of a woman’s self esteem is connected to her youth. So imagine what happens to us women that don’t have the advantages of what we have going on TV. I found my calling.

How do you like going to Tampa for your shows?
I don’t ever see Tampa! The studio is very isolated and you’re always under a ton of pressure. Look at my hair, I hate humidity! I would just stay in air conditioning my entire life, it’s always a bad hair day for me down there.

What kind of calls do you get while you’re on-air?
I’ve get touching calls. One woman called in saying, “I was just at a big Hollywood party and I posed with Brad Pitt. I was wearing your jeans and I just felt so good about myself; everybody told me I was so pretty. I love watching you, Diane, because you explain everything and I feel like I can see it because I’m blind.” I had to get the camera off me because I started crying.

Any prank calls?
Some of the more interesting calls are guys who buy female clothing and call in and want to talk about wearing female clothing and want suggestions for makeup. Apart from that, it’s women that want a voice. They want to tell you what you’ve done for them, they want to tell you what they need, and a lot of them want to talk about their husbands. Their husband is their main fashion commentator.

What has being on television for 20 years taught you?
I’ve learned so much from television. For example, how to correctly relate to people. I’ve learned the fact that so many people could love you, you could love them back and not really even know them, but you share these common bonds of women aging and how difficult it is. I want women to know that it ain’t over ’til it’s over!

Oh my! And just who would this cutie with you be?