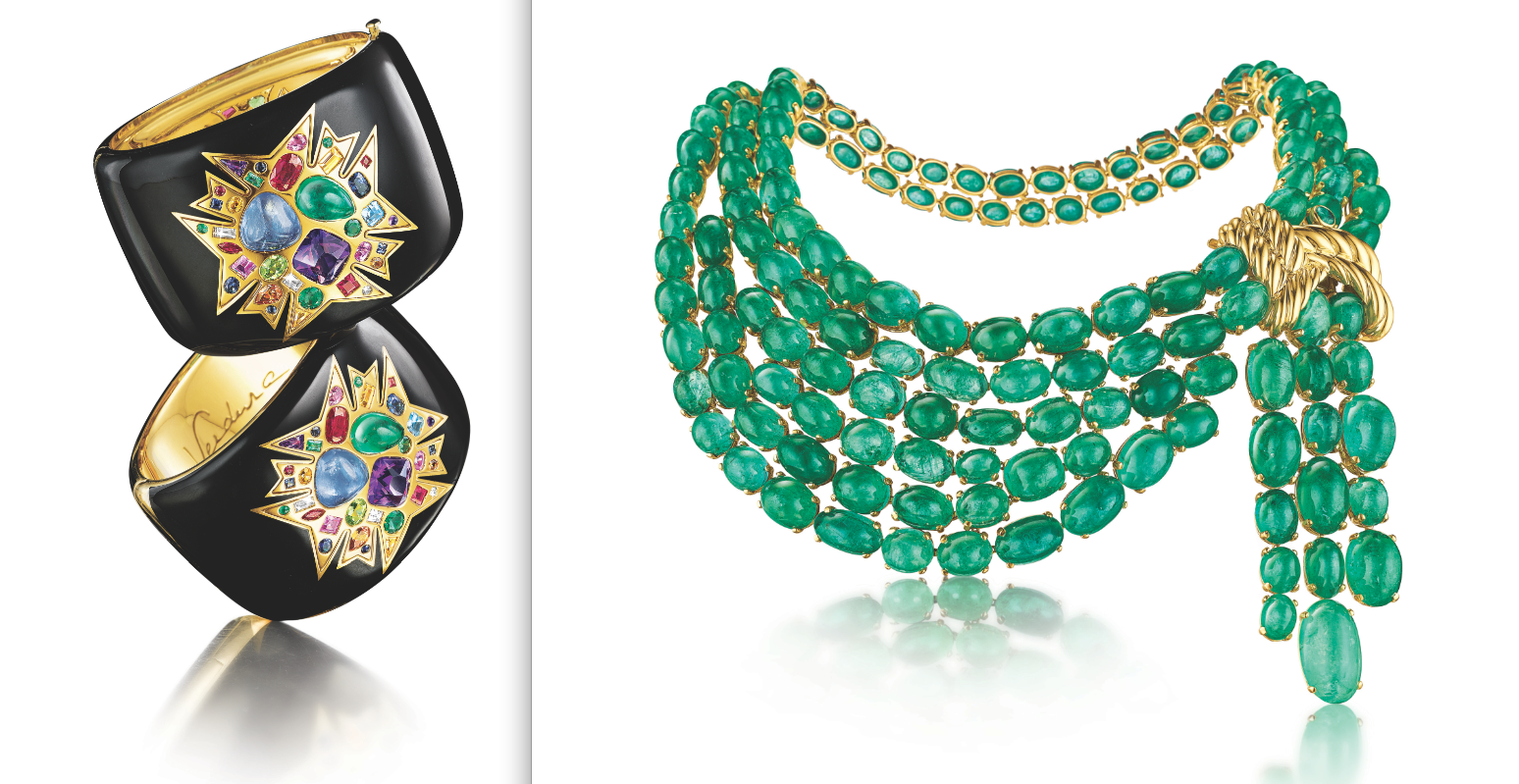 Verdura will be bringing its 75th anniversary collection across the pond this summer: It will make its European debut at Masterpiece London from June 25th through July 1st. The art, design, and antiques fair will host the collection, which celebrates Duke Fulco di Verdura’s early work. Taking inspiration from the Byzantine mosaic of Empress Theodora at the Basilica of San Vitale in Ravenna and his muse, Coco Chanel, the Duke was known for revolutionizing the status quo in jewelry design and the cuffs which were inspired by the mosaic are now the company’s most iconic design. “Without questions Verdura was a revolutionary, the one who changed everything. Fulco made it all modern,” former Vogue editrix Babs Simpson once said of Verdura.

Verdura’s chairman, Ward Landrigan, and president, Nico Landrigan, the father-and-son team that now run the company, spent two years working on the collection. “Many of Verdura’s best-known designs date from his early years when he first saw New York and its sophisticated style with fresh eyes,” said Ward Landrigan in a press statement. “However, many of his inspirations derive from his childhood in Sicily, his early career in Paris, and his extended summer holidays in Tuscany and the Mediterranean. All of these influences can be seen clearly, leafing through his design archive.” Some of the highlights of the exhibition will include the iconic “Theodora” cuffs, a magnificent emerald and gold necklace custom made for Dorothy Paley in the 1940s, and a gold, platinum, and diamond Tiara Feather bracelet whose design motif was inspired by Verdura’s famous Whitney Tiara made for Betsey Whitney for the presentation of John Hay Whitney to Queen Elizabeth as Ambassador to the Court of St. James in 1957. If you happen to be trekking to London this summer, be sure to swing by!

Simon James Spurr Joins 7 For All...

19 Things You Should Know About Coco...