The Wolk Morais Diary: The Romance of Half Moon Bay 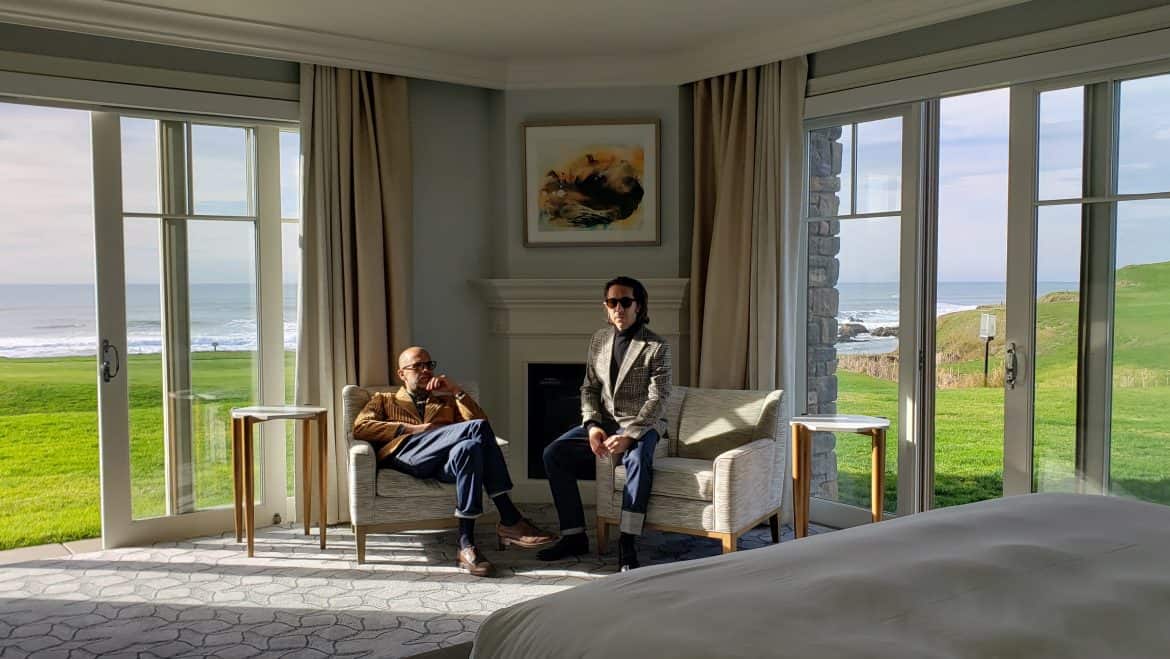 Just in time for Valentine’s Day, Wolk Morais designers Brian Wolk and Claude Morais write in with another West Coast adventure. The boys latest  excursion took them to California’s Half Moon Bay for a stay at the magnificent Ritz Carlton.

In the spirit of Saint Valentine we thought there was no better way to celebrate our crush on California than a northward journey on Highway One. With Joni Mitchell as our patron songbird, our hearts cried out for the Golden State as she serenaded us on the radio of our vintage Lincoln. Weaving through majestic mountains, stately forests and bucolic beaches, our poetic pilgrimage ended at the craggy coastline of Half Moon Bay.  Although only thirty minutes from San Francisco, this treasured town has managed to isolate itself from its metropolitan neighbor maintaining its Celtic magic. With its hidden ocean coves, thick fog cover and isolated canyons, Half Moon Bay has been a secret getaway for the famous and infamous since the days of prohibition when it was a safe haven for speakeasies and local moonshiners. 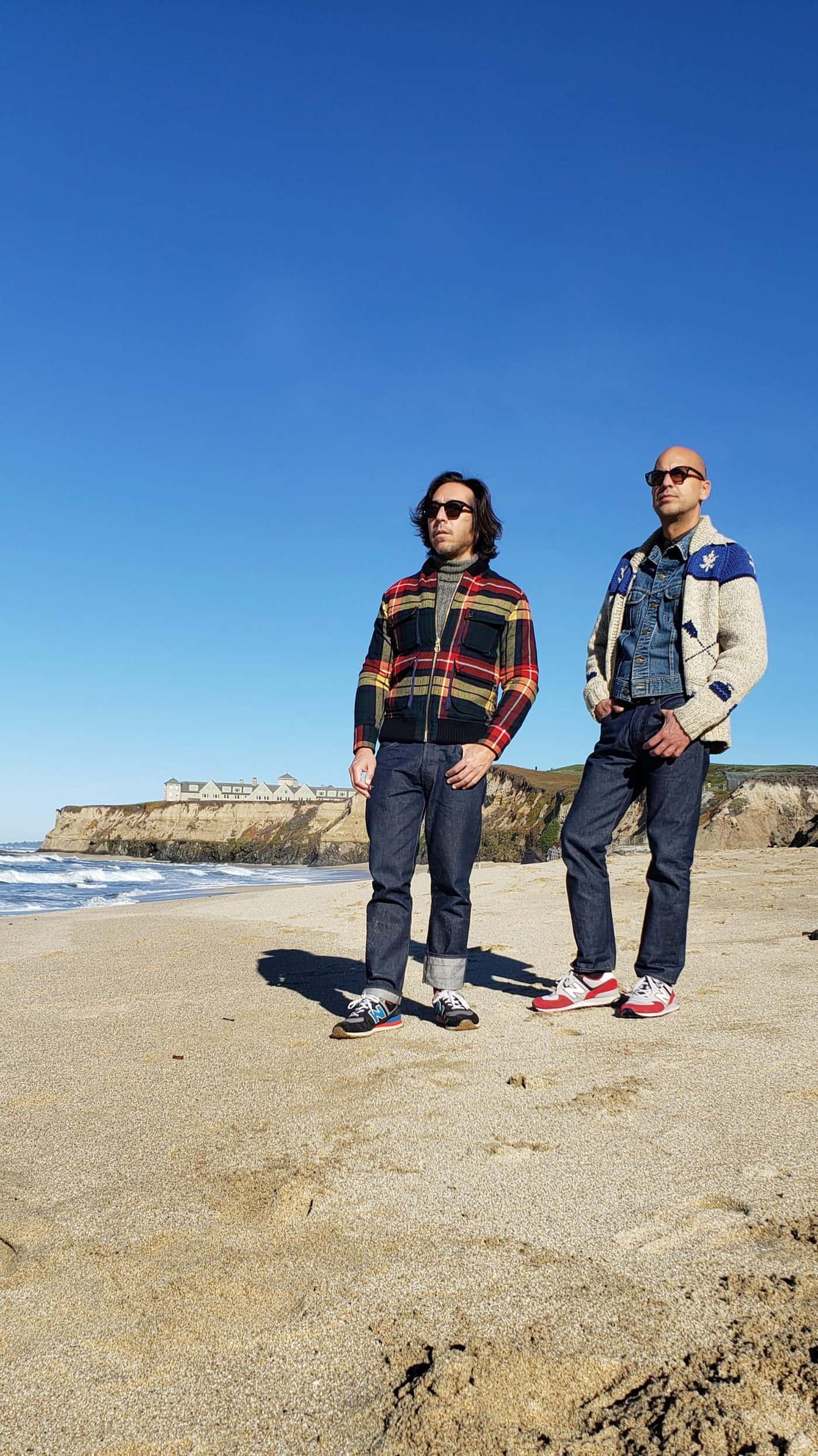 Set atop majestic cliffs overlooking the sea, The Ritz Carlton Half Moon Bay reigns in romantic splendor. Like a storybook Scottish manor house perched on a bluff, the hotel’s stately architecture transcends time, and transports its guests with its aristocratic grace.

Upon arrival at the property we were greeted like foreign dignitaries, and offered a bottle of sumptuous red wine from a neighboring vineyard. Our light filled ocean front suite opened directly onto the 18th hole of the famed golf course designed by the legendary Arnold Palmer. No detail was spared by the creative team whom conceived the elegant interior of the hotel. Modern and classical elements were seamlessly fused. The walls of windows in our sitting room and bedroom framed the hilly greens and seascape into a mesmerizing backdrop for all of our weekend activities.

As the day retired into evening we were witness to an awe-inspiring sunset from the warmth of our private fire pit terrace. The roar of the ocean further enhanced the incredible craft cocktails executed by the veteran mixology team. The Olivier Van Nort , a stand out on the drinks menu, is composed of Barrel Aged Gin, Chartreuse VEP and Carpano Antica gently swooshed in a etched crystal globe before serving. 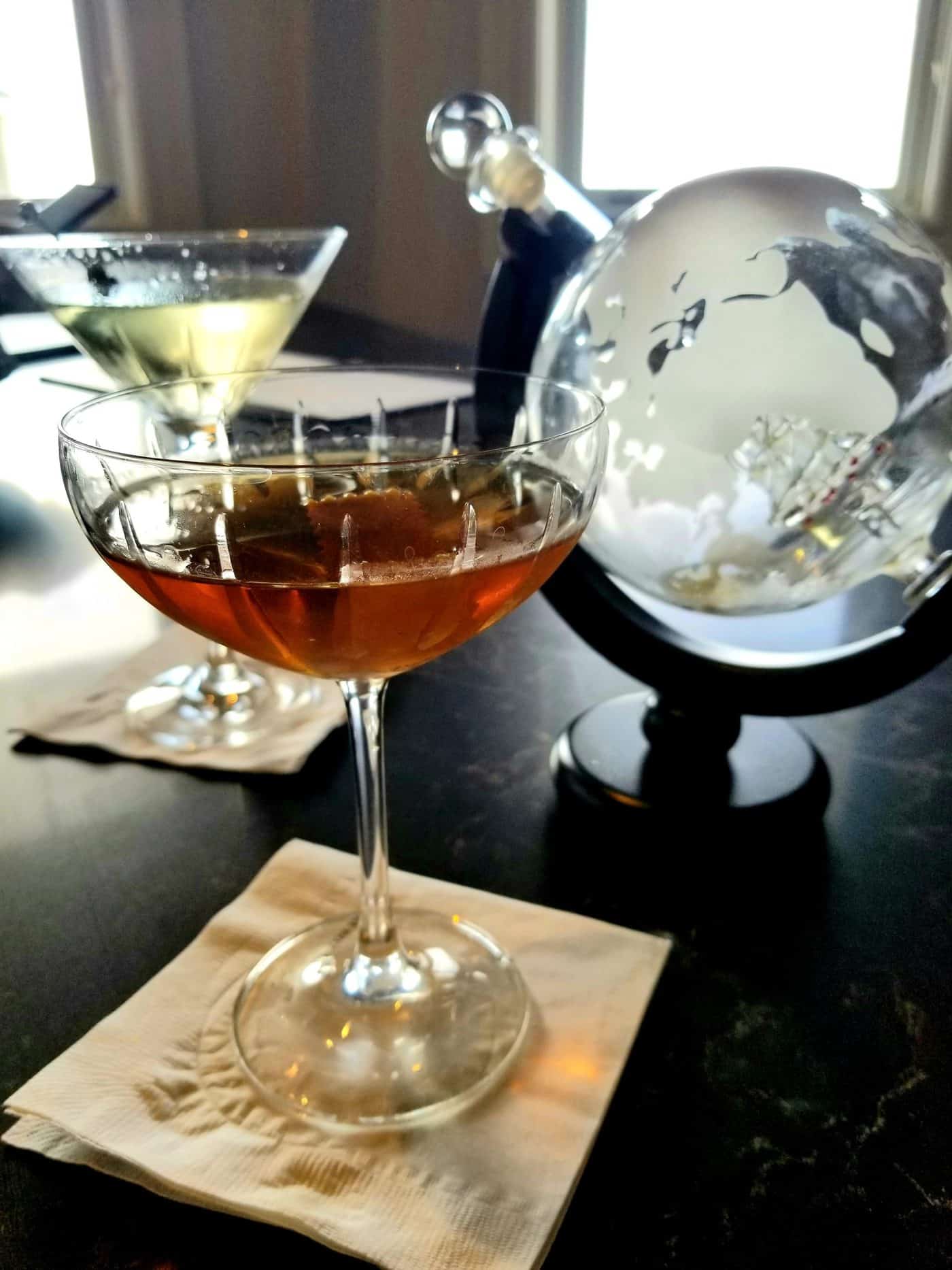 One of the best-kept secrets of the Ritz Carlton Half Moon Bay is Chef Jakob Esko. Born in the arctic circle and trained at the most revered Michelin starred restaurants in Europe, Chef Esko’s culinary provenance is unmatched, and his epicurean prowess brings the hotel’s fine dining experiences to the international stage. Whether he is creating complex menus inspired by the Basque region of Spain, delectable comfort food for the in room dining menu, or dazzling his guests with exquisitely executed petit fours for high tea service, Chef Esko’s refined palette brings his patrons coming back for more. Notable highlights of our Tea Service included Dungeness Crab Rolls with smoked trout roe, A Mont Blanc made from chestnut Armagnac mousse, and a roasted pumpkin mousse tartlet with candied pepitas and a cranberry pomegranate sauce.

Following a refreshing night of sleep set against a score of crashing waves, and after experiencing all of the Asprey of London amenities in our marble bathroom (which was incidentally larger than the average NYC Apartment) we decided to head out on an adventure. After pressing the “activity” button on the phone, followed by brief conversation with the “sports shed” to determine our athletic profile, we were greeted by two beautiful 10 speed bikes at the outdoor concierge desk. After a quick training, and accessorizing our looks with smart helmets, we put our feet to the pedal and took flight. The coastal path runs along the perimeter of the hotel property and extends for miles along the beautiful pacific. Traversing through mist covered 19th Century farms and oceanfront estates was perhaps the closest we have ever felt to being in a Merchant Ivory Film. That evening, in our room with a view, we celebrated the romance of Half Moon Bay with a delightful meal in front of our fireplace. With the distant sound of the bagpipes on the green we were grateful to connect with nature in a storybook ending to our memorable weekend.

Beyoncé’s Icy Park Drops Next Week—Here Are The Best Looks To Add To Cart!

Vapid. Ostentatious luxury while Americans are starving and dying.

Also, this article has NOTHING to do with Half Moon Bay and it’s wonderful history and culture. Rather, they stayed hidden in a rich, white compound with walls.